For New York City's art museums and galleries, 2017 turned out to be a banner year. The past 12 months featured everything from an Old Master making a rare NYC appearance (Michelangelo at The Metropolitan Museum of Art) to the hallucinogenic visions of an iconic artist (Yayoi Kusama at David Zwirner). There was a lot more as you'll see in our countdown of the ten best NYC art exhibitions of 2017. 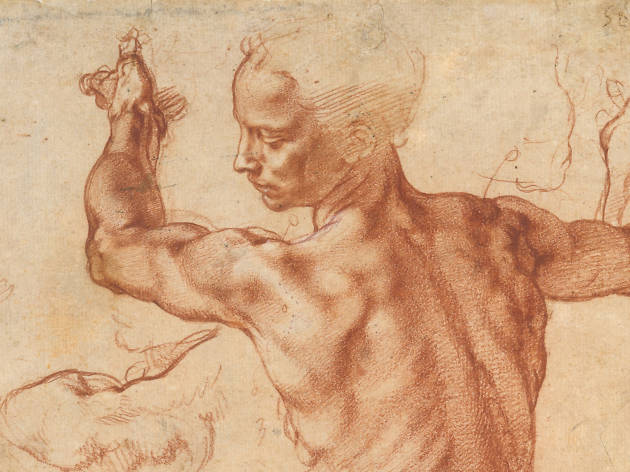 There aren’t enough superlatives to describe this once-in-a-lifetime opportunity to witness the work of Michelangelo (1475–1464) in the flesh. While the lines to get in were long, and it was hard at times to get a peek at the master’s exquisite drawings, the brush with greatness was well worth any inconvenience.—Howard Halle 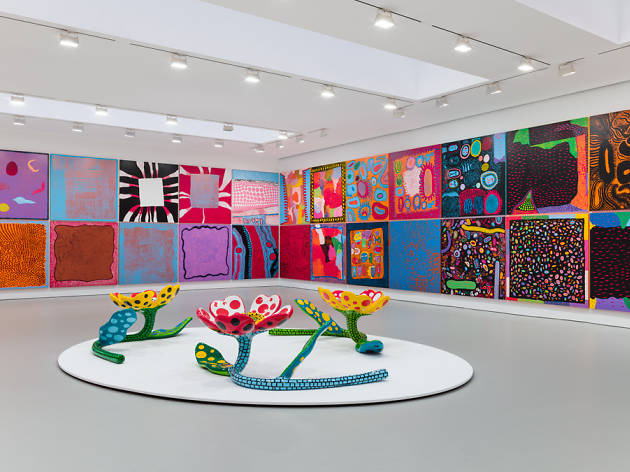 Megadealer Zwirner devoted three of his galleries uptown and down to the work of the legendary Kusama, and viewers queued up in the expectation of drinking in the unique brand of artistic delirium. Naturally, Kusama delivered the goods with new “Infinity Rooms” installations and “Infinity Net” paintings.—HH 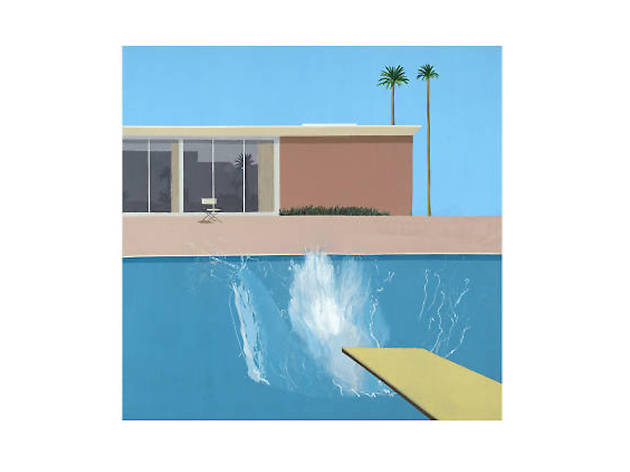 While this retrospective of the work of David Hockney provides few revelations, it does offer a concision that emphasizes the themes found throughout the 80-year-old artist’s production. His fable career produced paintings that emulated the Abstract Expressionists but queered their machismo with the addition of bathroom-stall graffiti; cool sophisticated scenes of L.A.; and gorgeously deft portraits.—Joseph R. Wolin 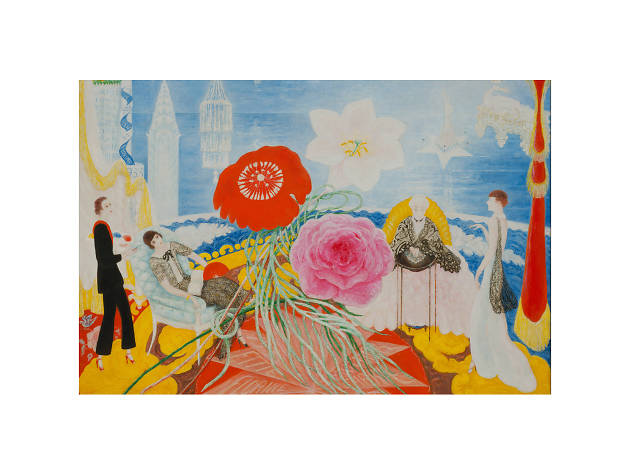 In spite of her wealth, Florine Stettheimer—Jazz Age poet, set designer, saloniste extraordinaire, painter of modern life—was marginalized within New York Society for being both Jewish and female. Yet as the joyous retrospective revealed, she built a world of her own through fantastical, faux-naive paintings populated with some of the most interesting figures (Alfred Stieglitz, Marcel Duchamp) of her day.—Anne Doran 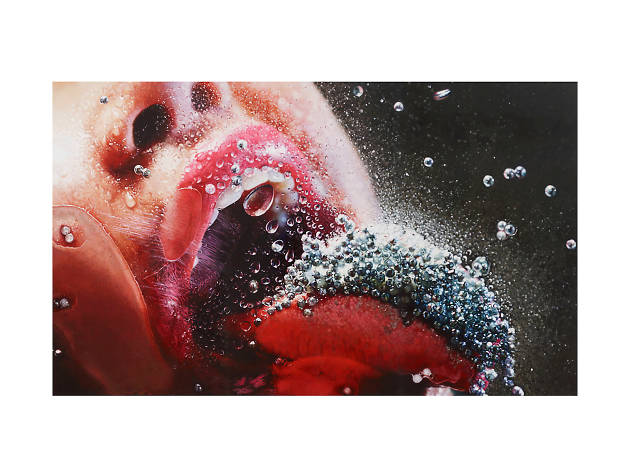 Demolishing conventions of beauty with garish élan, Minter’s work sparkled in this survey spanning 50 years. Starting with Minter’s brutal black-and-white photos of her addiction-ravaged mother, the show also rounded up her videos and paintings, cementing her reputation as an artist who finds ugliness in beauty and vice versa.—HH 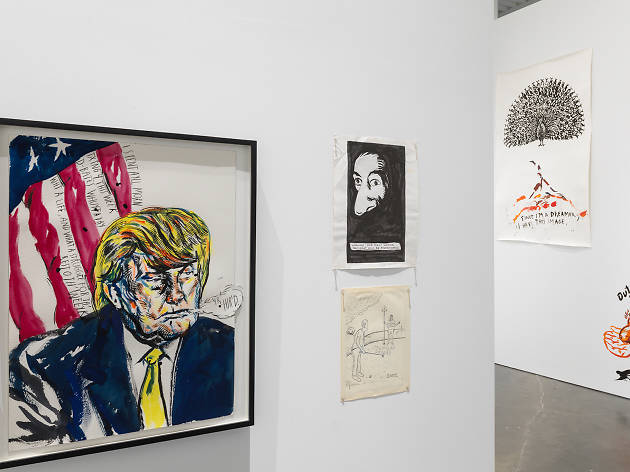 Comic books, pulp fiction, film noir and topics from baseball and religion to politics and personal musings are all in the well from which this prolific, self-taught artist draws inspiration for his text-heavy comix-style drawings. This career survey packed to the rafters with work revealed a a crackpot seer, feverishly conjuring visions from his splenetic imagination.—HH 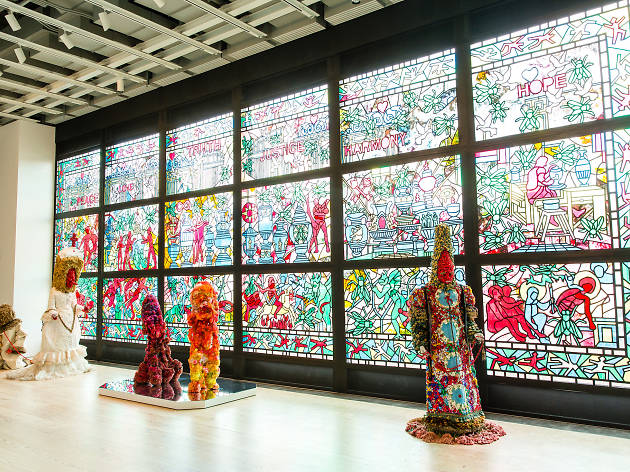 This year’s edition is notable for being the first in the Whitney’s meat-packing district home and also for being a relatively intimate affair, with fewer artists than in Biennales pasts. As it turns out, less was definitely more in this case.—HH 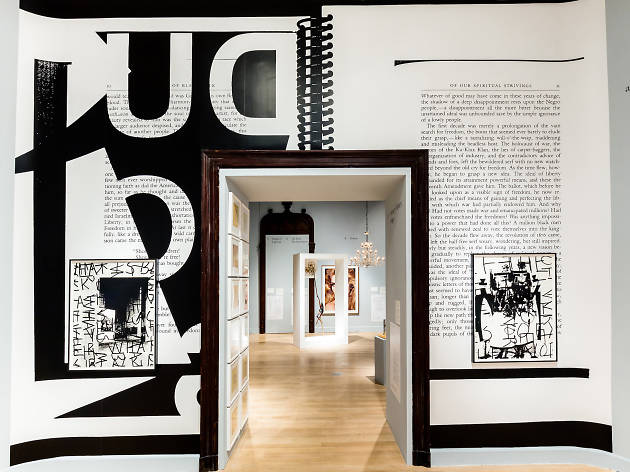 Evoking The Arcades Project, the unfinished opus by leftist German cultural critic Walter Benjamin, this selection of contemporary art never ran off the rails to become academic, pretentious or dull. The show was like a good book: It took time and a lot of reading, but the experience proved entrancing.—JRW 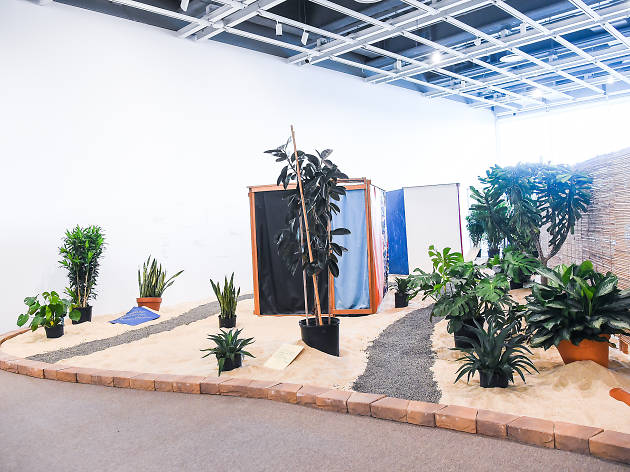 Though museums seldom encourage substance abuse, the Whitney’s terrific retrospective of Brazilian artist Hélio Oiticica (1937–1980) came close. Devoting much of its real estate to the space-filling, immersive installations that are his most impressive achievements, the show also examined his sojourn in ’70s New York, where he threw himself into the gay underground and disco-era culture and produced work in which he obsessed over sex, drugs and rock & roll.—JRW 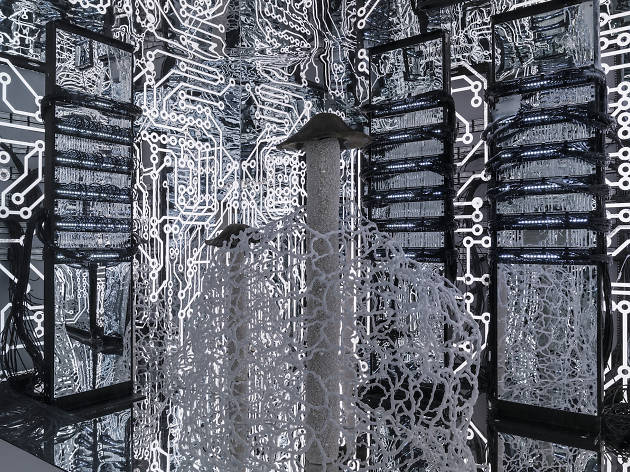 A focus on fragrance literally wafted through this show marking Yi as the recipient of the Guggenheim Museum’s annual Hugo Boss Prize. Wrapping her art in an aura of clinical chic, Yi plumbed the way society favors the ocular over the olfactory, casting sensory preference as gendered privilege. Even in the realm of the senses, we cannot escape sexual politics.—HH

Want to see the New Yorkers of the year? 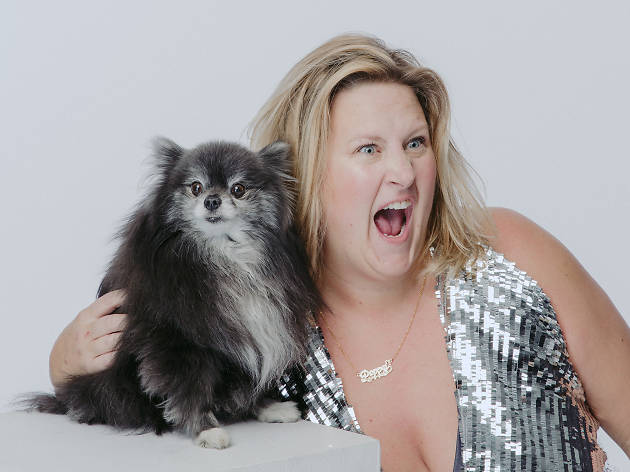 With all of the “Is 2017 over yet?” social-media posts, it’s easy to forget just how amazing New Yorkers have been over the past 12 months. So we’re taking some time to toast just a few of them—everyone from trailblazing late-night TV hosts Desus and Mero and alt-cabaret dynamo Bridget Everett to cocktail revolutionary Mikah Melton and one of our favorite NYC drag queens, Sasha Velour. For more New York awesomeness, check out the our city-focused roundup of the best of 2017 and the 101 best things to do in NYC.   Desus and Mero Ashley C. Ford Bridget Everett Sasha Velour Audrey Gelman and Lauren Kassan Rafael Espinal     Photograph: Tawni Bannister ↑ Illustrious TV Hosts Desus and Mero Desus and Mero can’t turn it off. Over the course of their conversation with Time Out New York, the hosts of Viceland’s late-night show (Daniel Baker, a.k.a. Desus Nice, and Joel Martinez, a.k.a. the Kid Mero) tackle only a handful of questions, inevitably stretching each answer into an improvised routine often miles away from where they started. Discussions of being recognized on the street lead to the topic of Barack Obama (a fan of the Bronx-born and -bred comedy duo), then pivots to trying to nab Vladimir Putin as a guest. “I’d be like, ‘Why’d you hack our election?’ ” says Desus. Mero chimes in, as Putin: “Come on, my nigga. Ah, you mad? You want to bomb the Ukraine?” Back to Desus for the layup: “That’s his rainbow: ‘I’m sorry, America.