Art galleries are everywhere in New York City, from Brooklyn and Queens to the Upper and Lower East Sides of Manhattan. And, of course, they are in Chelsea, which continues to have the larger concentration of spaces in a single neighborhood—not just in New York, but in every city in the world. By some estimates, there are something like 1,500 galleries in NYC, an astounding number when you think about it. By contrast, NYC only has some 100 bookstores overall, and that's counting chains like Barnes & Noble. Broadway has approximately 40 theaters (though, admittedly, that doesn't include Off or Off Off Broadway venues because those are harder to quantify). Amazingly, that's roughly the same figure for cinemas, at least in Manhattan. So yeah, there are a lot of galleries here, covering all periods in art history, though the preponderance of them feature contemporary art (meaning artworks produced from the second half of the 20th century to the present). Did we mention that galleries are free? Yes they are, but even if your pocketbook can handle visiting all of NYC's galleries, your feet probably couldn't. So with that in mind, we've assembled guides of recommended galleries organized by neighbors, which you can find below. Meanwhile, if you're only looking for the creme de la creme, check out our list of the top ten best art galleries in New York City. 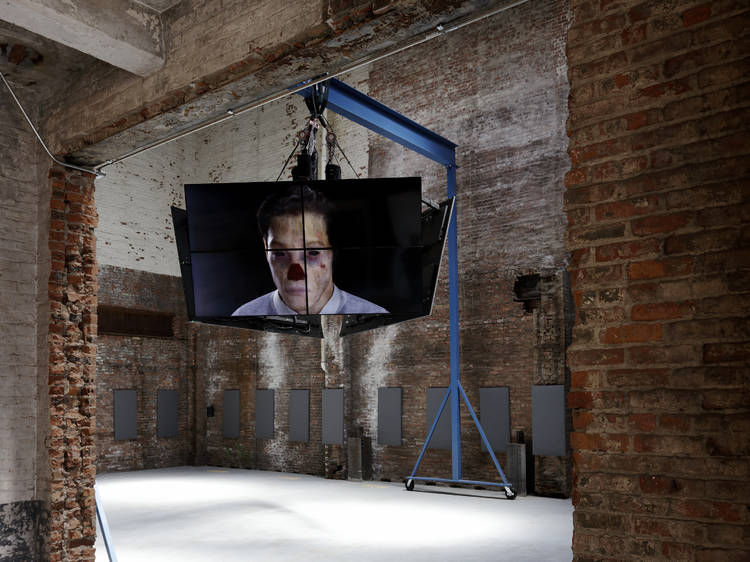 Once a self-styled maverick, Gavin Brown has settled down to become a major player in the art market with two NYC spaces—one on the Lower East Side, the other in Harlem—and one in Rome, all of which present the work of such talents as Urs Fischer, Laura Owens and Rob Pruitt. 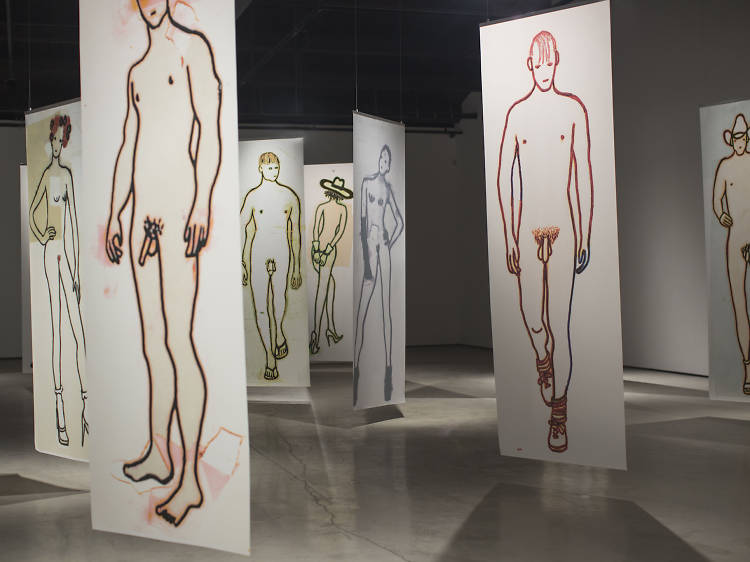 The New York branch of the powerhouse gallery with nine locations around the world has two branches in New York: One on W 22nd Street in Chelsea, the other on the Upper East Side at   32 E 69th Street. Both venues provide showcases for Hauser & Wirth's roster of global art stars (which includes major names like Louise Bourgeois, Martin Creed and Roni Horn) as well as for the numerous estates of important historical figures (like Philip Guston) that the gallery represents. 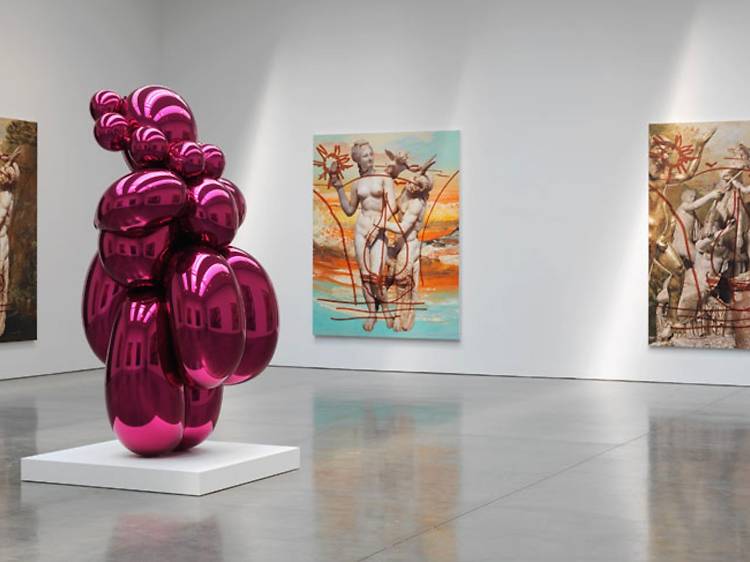 With 15 spaces around the world Larry Gagosian is the undisputed master of the gallery world. His mammoth (20,000-square-foot) contribution to 24th Street’s top-level galleries is the centerpiece of this empire. It was launched in 1999 with a mammouth Richard Serra installation. Since then, exhibitions have featured works by Ellen Gallagher, Damien Hirst, Anselm Kiefer, Ed Ruscha, Julian Schnabel, Andy Warhol and many other top-shelf names. 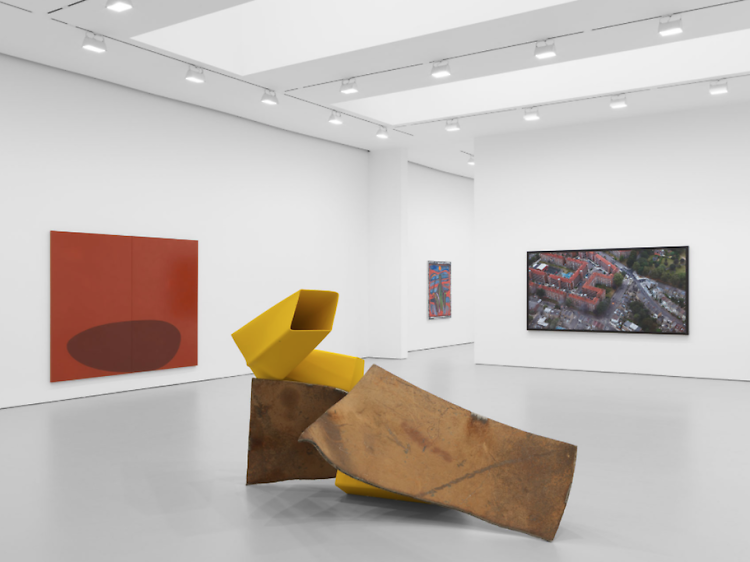 Since 1993, German expatriate David Zwirner has grown his gallery from a relatively modest space in Soho to a global powerhouse with locations in London and Hong, as well uptown and down. A purpose built gallery building on West 20th Street in Chelsea is dedicated to museum-quality shows of historical figures and movements, while his West 19th Street space hosts exhibitons by his roster of international contemporary artists, a group that includes such luminaries as Marcel Dzama, Luc Tuymans, Chris Ofili, Neo Rauch and Lisa Yuskavage. In 2017, he opened an additonal NYC venue on East 69th Street. 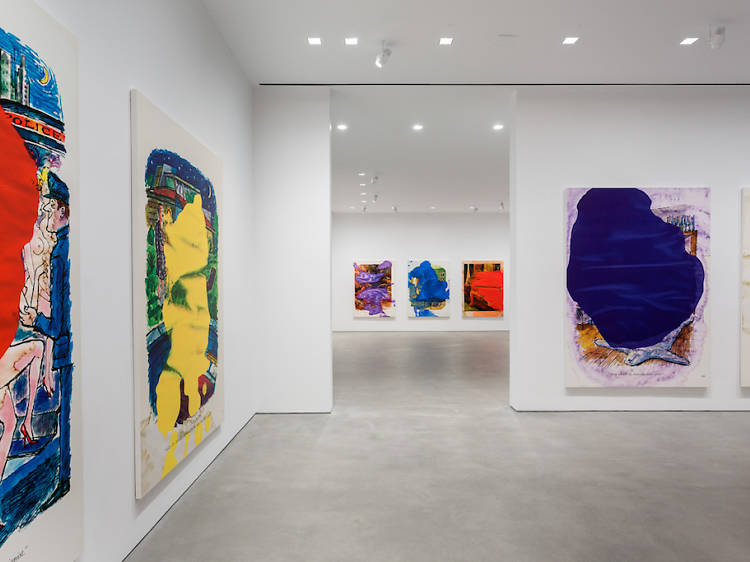 Gladstone Gallery is strictly blue-chip, focusing on such Conceptualist and daring talents as Matthew Barney, Sarah Lucas and Anish Kapoor. With two locations in Chelsea, another on the Upper East Side and a branch in Brussels, Belgium, Gladstone is a major art-world player. 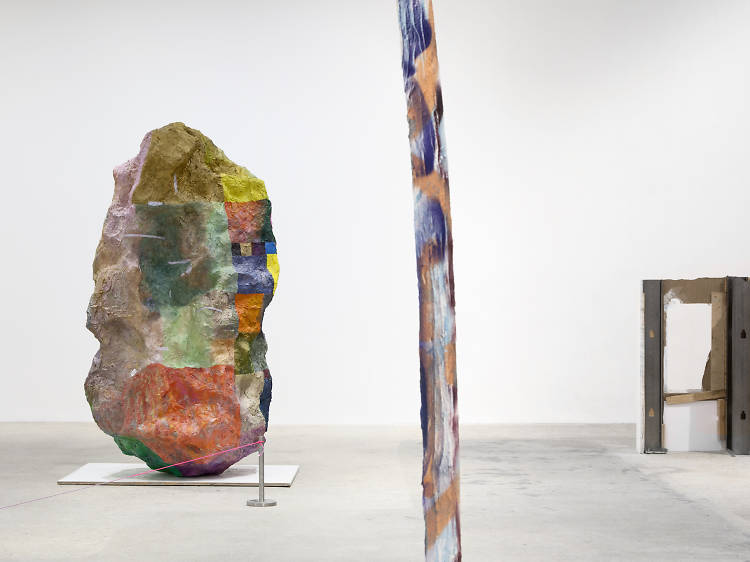 With spaces at street level and on its building's eighth floor, this gallery plays host to such big name talents as Rachel Harrison, Paul Chan and Peter Halley, and also has a reputation for mounting potent group shows. Upstairs is worth a visit just for its wonderful light and spectacular bird’s-eye view of the  Hudson Yards and midtown. 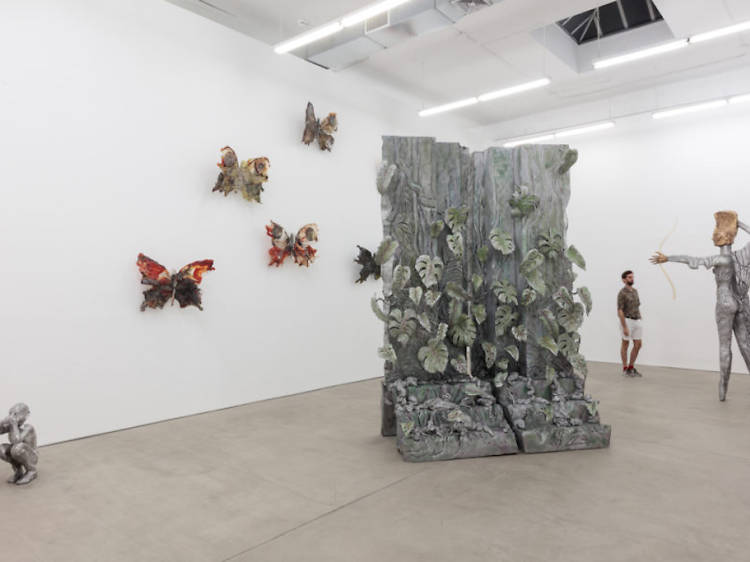 This space with an all-caps name is the New York branch of a gallery in Brussels, Belgium, and like the home office, the Brooklyn shop focuses on contemporary art by an international roster of young emerging artists with up-to-the-minute sensibilities. The gallery recently added an Upper East Side location. 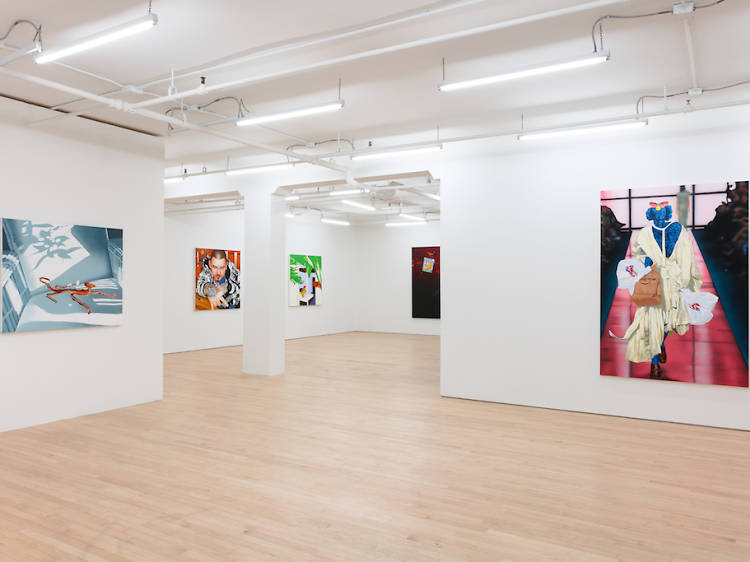 Dealer Jasmin Tsou, a veteran of Maccarone and Kimmerich galleries, as well as Karma, the West Village bookshop and gallery, started this LES showcase for emerging and under-appreciated artists in 2012 with money she raised at the NADA art fair in Miami where she'd mounted a small project booth. The success of the gallery since then has meant that its roster of artists (among them, Jamian Juliano-Villani, Cole Sayer and Becky Kolsrud) are no longer under-appreciated. 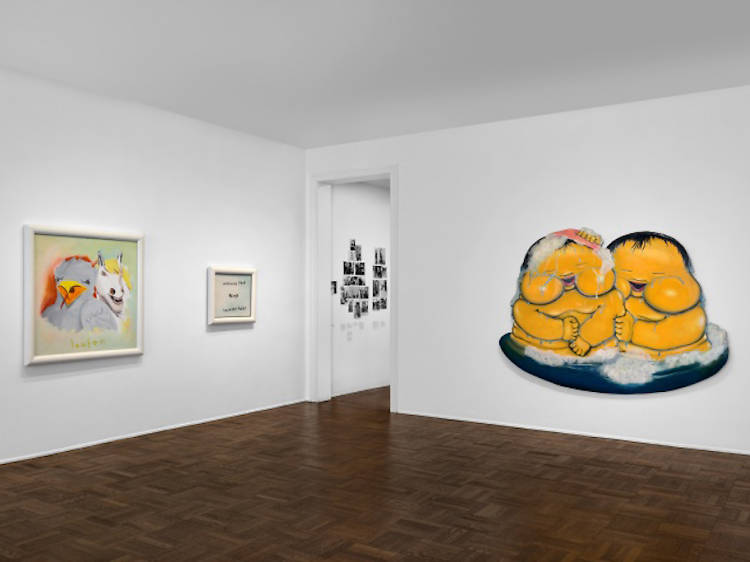 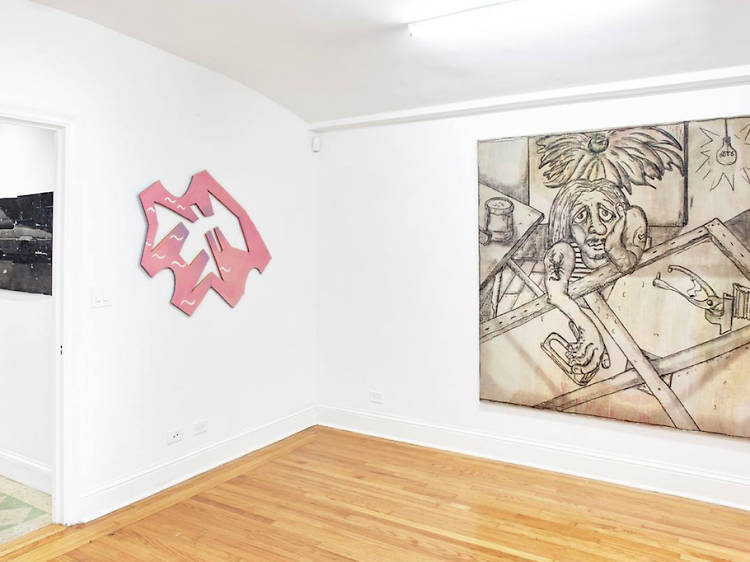 This hideaway gallery founded by man-about-art-world Bill Powers foucses on the most recently emergent of emerging artists. 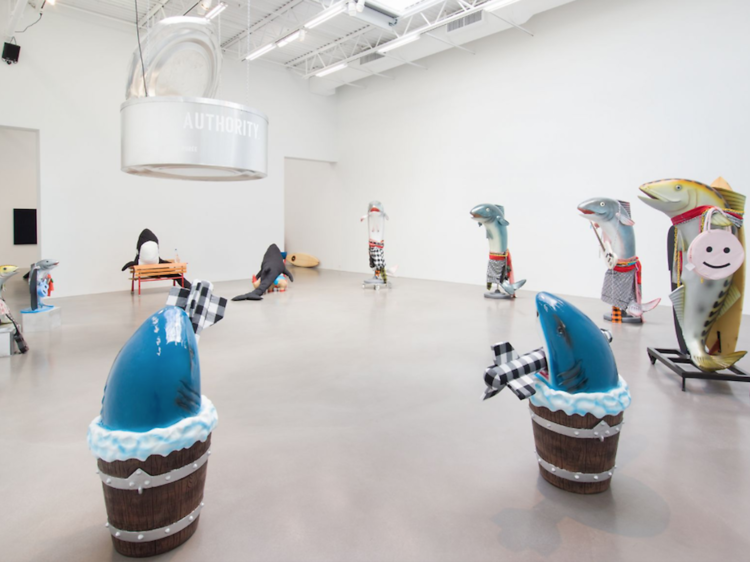 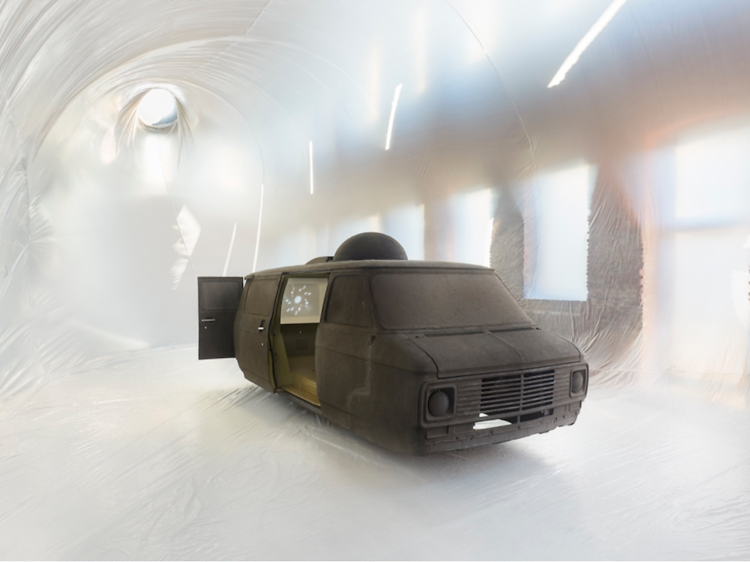 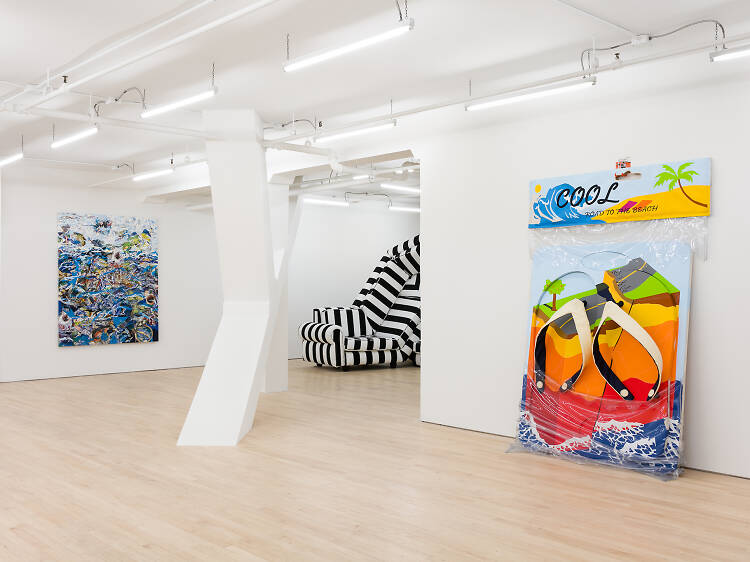 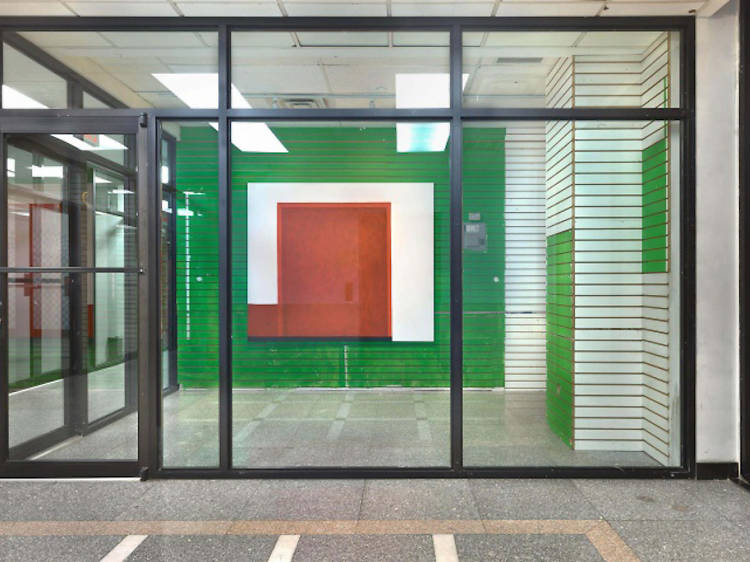 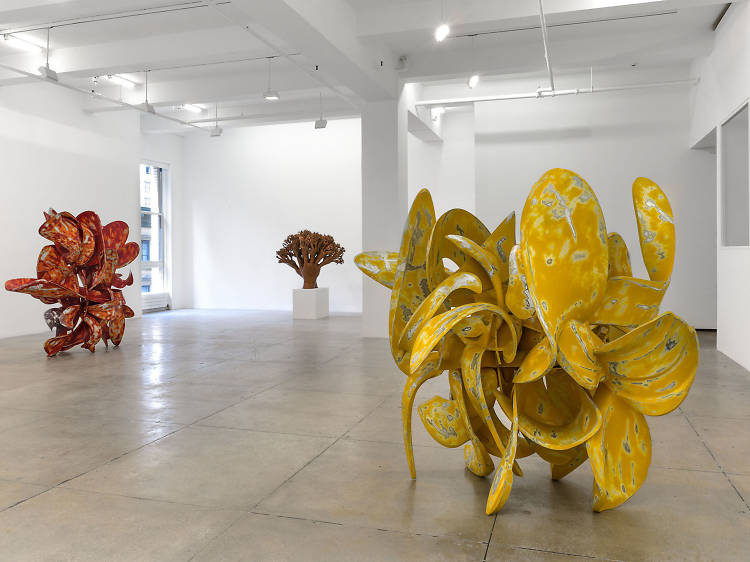 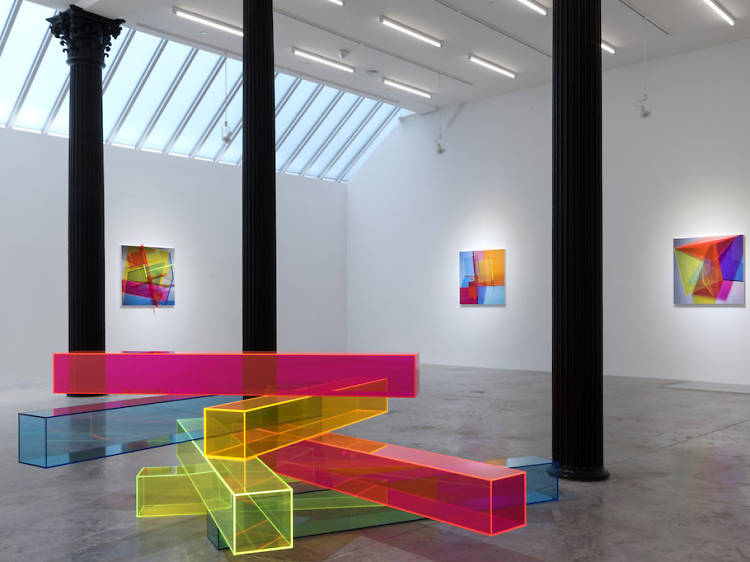 The best galleries in Soho, Tribeca and the West Village 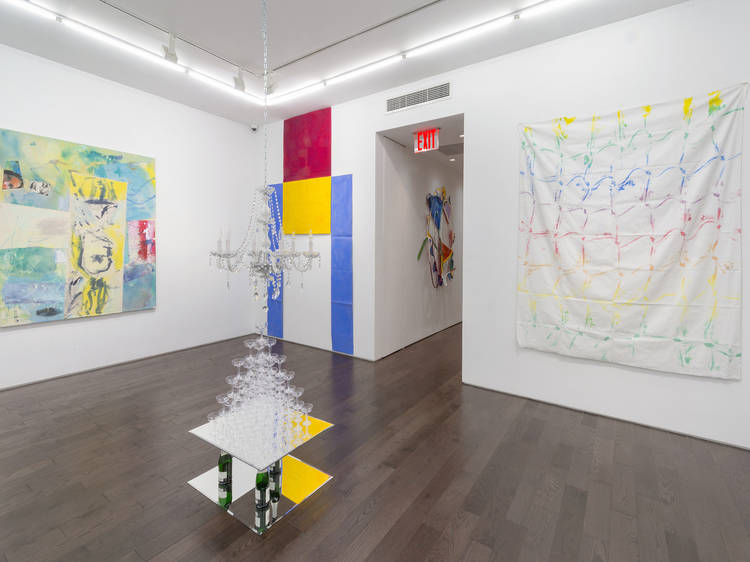 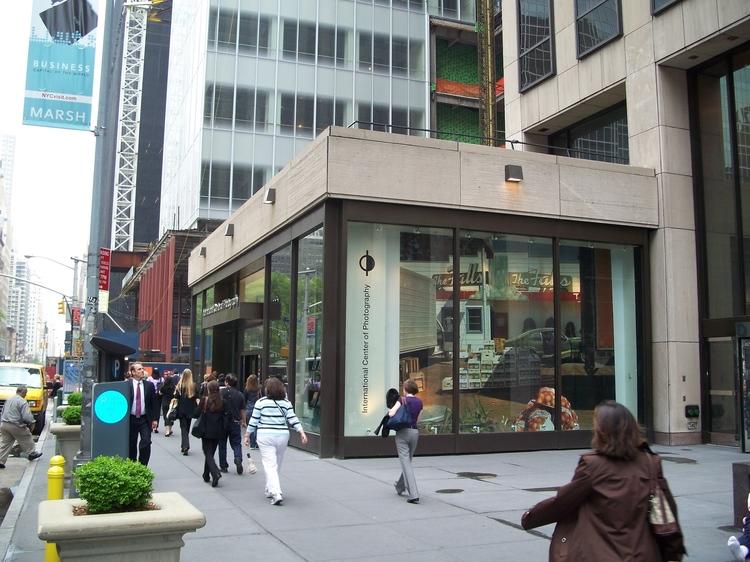 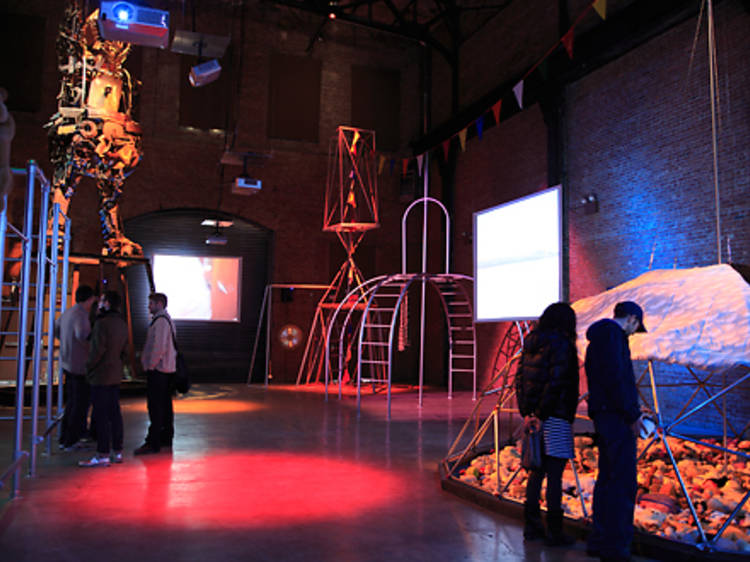 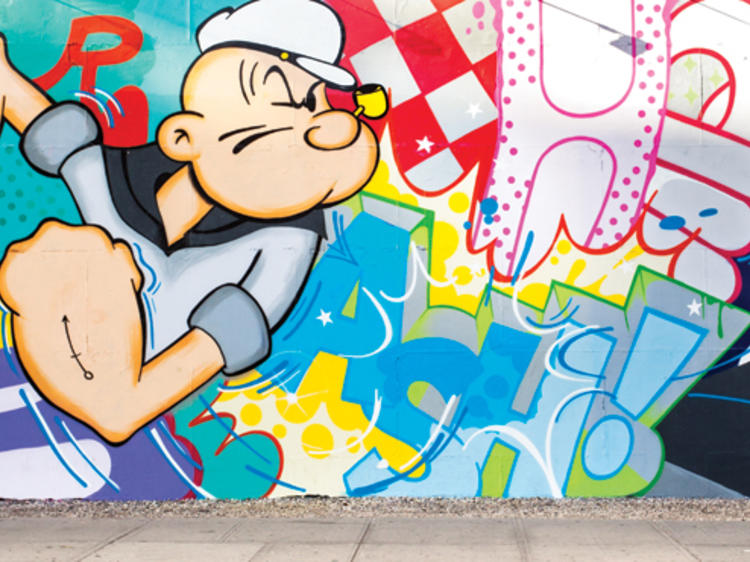 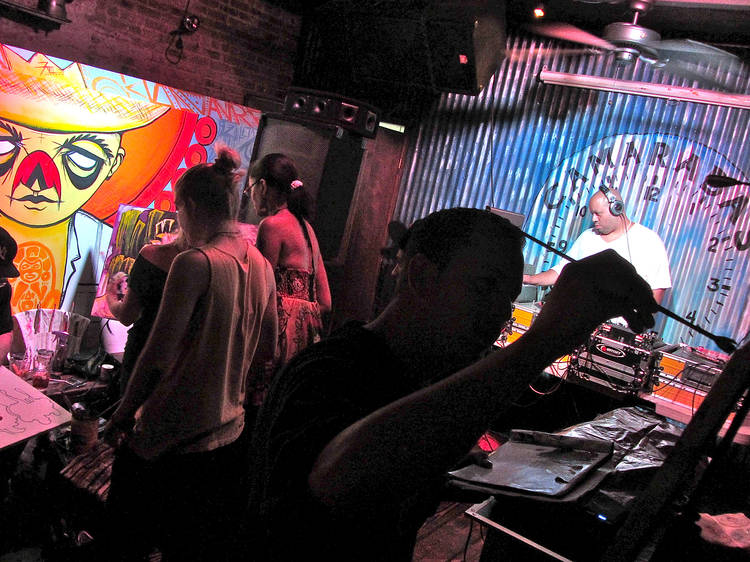