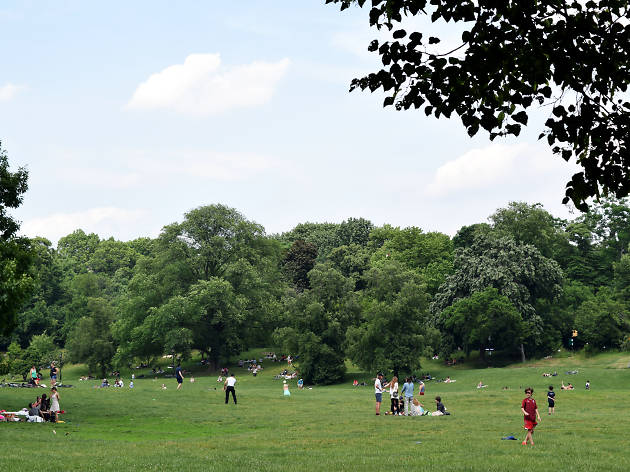 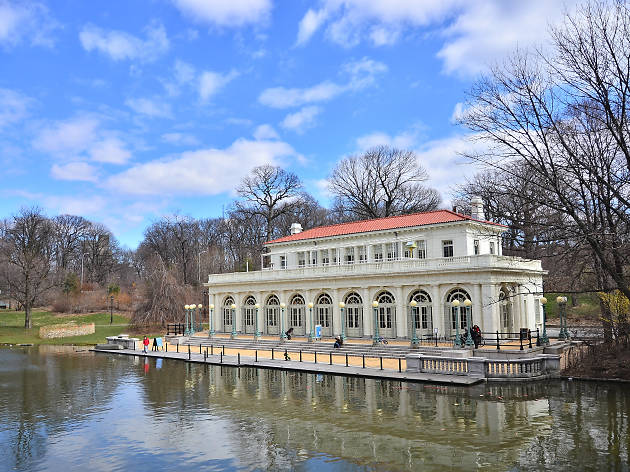 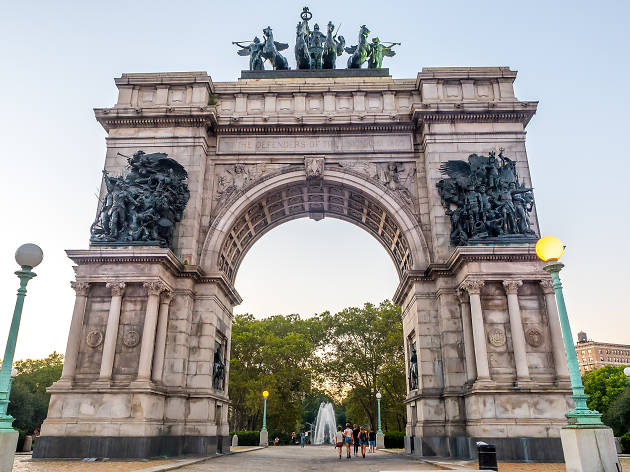 Everything you need to know about visiting Prospect Park (Brooklyn, NY).

Urban visionaries Frederick Law Olmsted and Calvert Vaux, who most famously designed Central Park, also put their stamp on bucolic, 526-acre Prospect Park. Amenities like the Long Meadow and Nethermead offer plenty of space to pull up on a patch of grass and indulge in some people-watching, and the woodland expanse of the Ravine is a towering forest within bustling Brooklyn. But we also have to give props to Robert Moses: The controversial city planner was behind some of the park’s kid-friendly offerings, including the zoo and LeFrak Center at Lakeside, where roller skating and ice skating goes down.

RECOMMENDED: 101 best things do in NYC

What to do nearby:
You can walk to all of these spots in about a half hour, no matter where you are in the park.
-Take a pedal boat ride at Lakeside Brooklyn.
-Stroll over to the Prospect Park Zoo.
-Go roller skating (or ice skating) at Lakeside at Prospect Park.
-Peep the Soldiers’ and Sailors’ Memorial Arch at Grand Army Memorial Plaza.
-Breathe in all that fresh hair at the Brooklyn Botanical Garden.
-During warmer months, see a show at Prospect Park Bandshell.
-Ride on the Prospect Park Carousel

Where to eat:
Try one of the best restaurants near Prospect Park

Where to drink:
Try one of the best bars near Prospect Park

Want some more Prospect Park history?
About 2,000 people are buried in Prospect Park. Since the 1840s (and possibly before) Quakers have been burying their dead in an NYC cemetery owned and maintained by the Religious Society of Friends. Since many Quakers formerly believed that headstones were a form of vanity, many of the graves are unmarked. Among the buried is Hollywood actor Montgomery Clift.

Our editorial team is constantly updating and reviewing the best attractions, activities and venues in New York, so that you're always in the know, with the best of NY at your fingertips. This page was most recently updated on June 30, 2017.