Top attractions in the Bronx 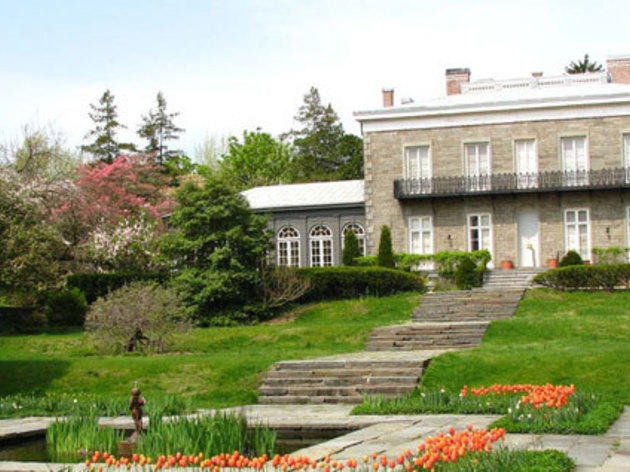 Located within Pelham Bay Park, the Bartow-Pell Mansion was built between 1836 and 1842. The mansion and gardens were opened as a museum in 1946. 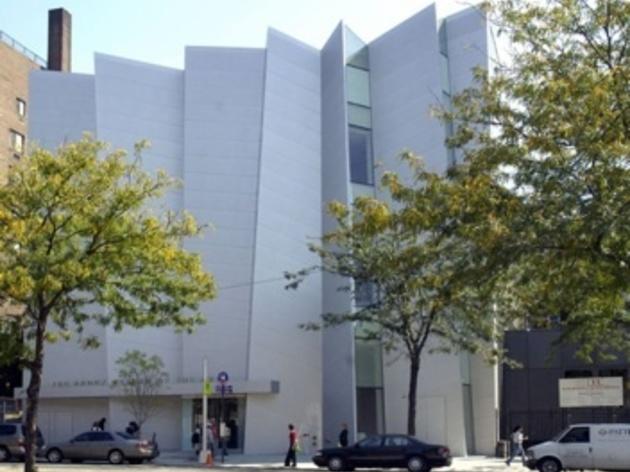 Founded in 1971 and featuring more than 800 works, this multicultural art museum shines a spotlight on 20th- and 21st-century artists who are either Bronx-based or of African, Asian or Latino ancestry. The museum sporadically offers family programming. 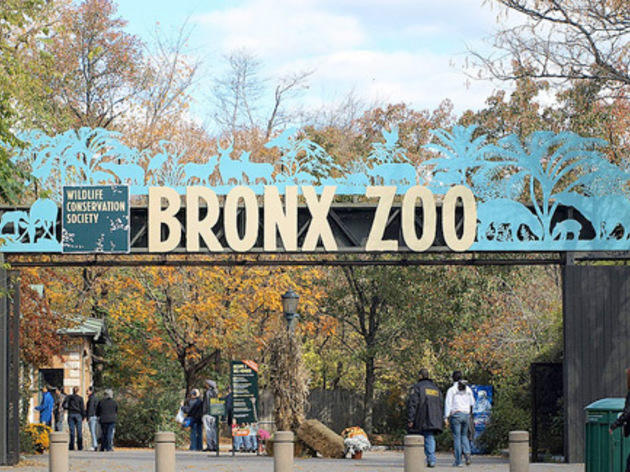 Tweeting cobras and peahens aside, this wildlife park garners fans far and wide for a number of reasons—approximately 5,000 animals call it home. Strolling through the 265 acres, visitors  spot such exotic and endangered creatures as the Coquerel’s sifaka (a type of lemur), the fossa (a predatory, tree-climbing mammal) and snow leopards. More common favorites, including gorillas and polar bears, also reside at the nature park. Keep an eye out for the daily penguin and sea lion feedings, plus other rotating activities. 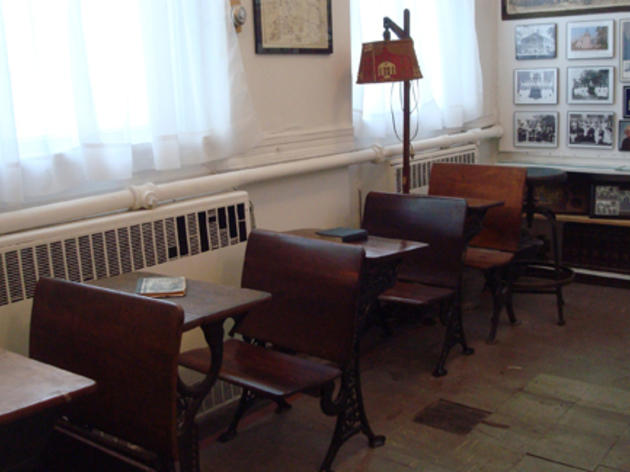 This museum houses artifacts collected by the City Island Historical Society, including vintage maps of the island, photographs and yachting ephemera. 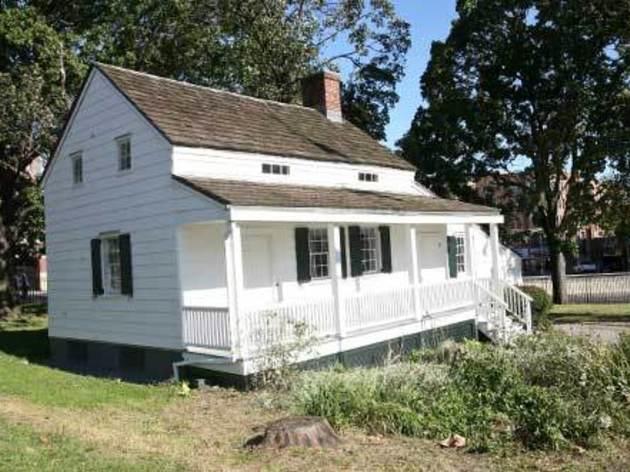 Pay homage to Poe in the very house where he wrote literary gems including “Annabel Lee” and “The Bells.” From 1846 through 1849, the cottage housed the writer and, until her death from tuberculosis, his wife, Virginia. It is now overseen by the Bronx County Historical Society. 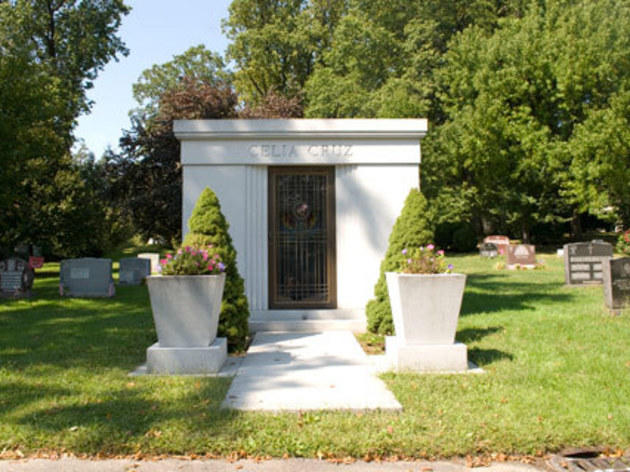 This remote, historic 400-acre burial ground was established in 1863, and features landscape art and mausoleums. The cemetery is the final resting place for more than 300,000 people, including literary giants Joseph Pulitzer and Herman Melville and musicians like Duke Ellington and Miles Davis. 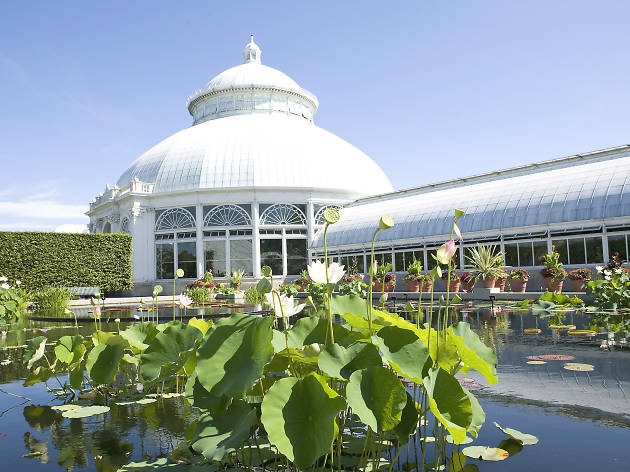 Every city park offers its own brand of verdant escapism, but this lush expanse goes beyond landscaped flora. In addition to housing swaths of vegetation—including the 50-acre forest, featuring some of the oldest trees in the city—the garden cultivates a rotating roster of shows that nod to the world’s most cherished green spaces, such as the regal grounds of Spain’s Alhambra palace and Monet’s alfresco sanctuary at Giverny. 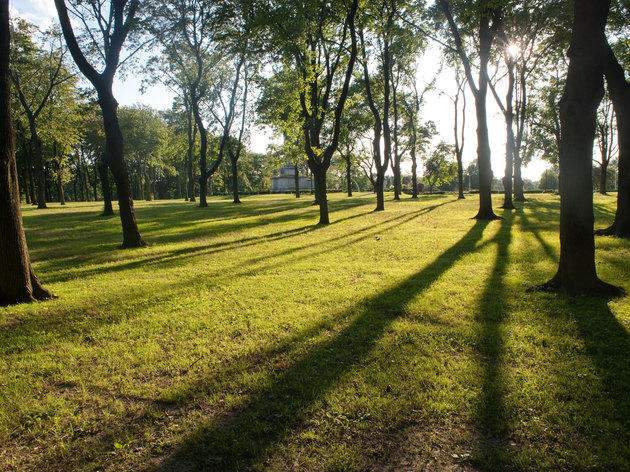 Jutting into the Long Island Sound with rocky outcroppings, marshy inlets and lush forest, Pelham Bay Park looks more like Maine than the Bronx. The city’s largest park at 2,766 acres—three times the size of Central Park—it takes hours to explore. Among the massive park's attractions are Orchard Beach, the Bartow-Pell Mansion Museum, and the recently renovated Pelham Bay Golf Course. 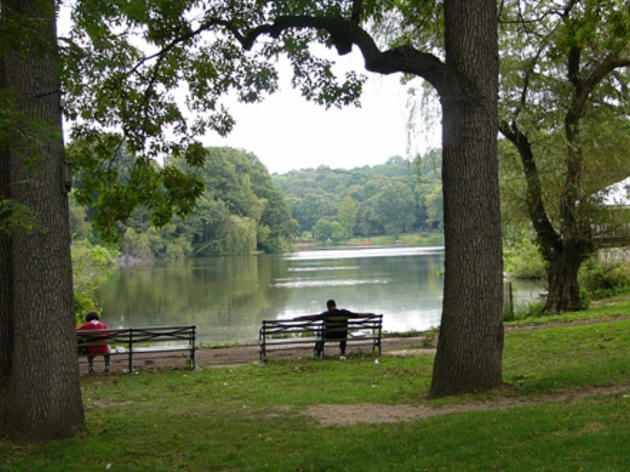 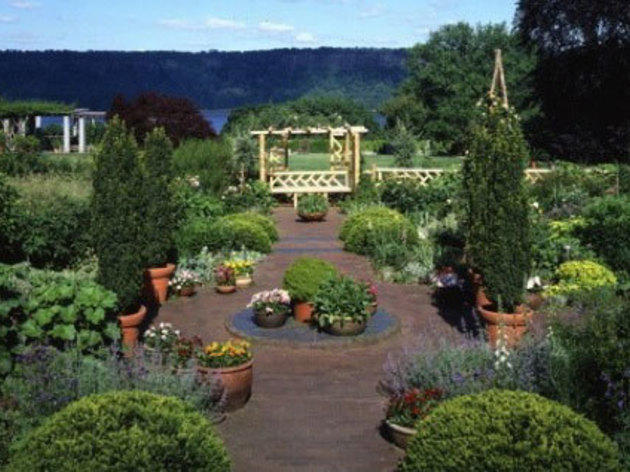 A lush 28 lush-acre former estate overlooking the Hudson River, that has housed Mark Twain and Teddy Roosevelt. It’s now a spectacular reserve and conservation center, where you can see art exhibits and dance and music performances. 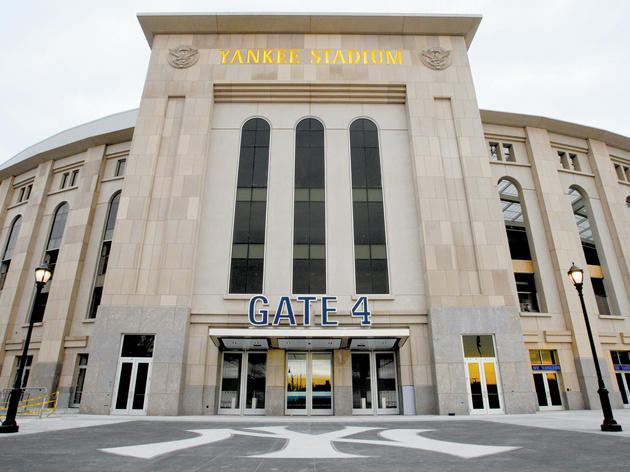 The Bombers’ current field opened in 2009 to much fanfare and stands opposite the now-flattened original. It may not be the House That Ruth Built, but many elements of the new arena—the limestone exterior, the gatelike frieze around the top—mimic the old, while cup holders at every seat and a high-def scoreboard are noticeable improvements. A museum behind right field aims to hold signed baseballs from every living Yankees player, but the most potent relic wasn’t allowed to stay on site—in 2008 the construction staff jackhammered out a Red Sox jersey a rival fan tried to install in the structure’s foundation. 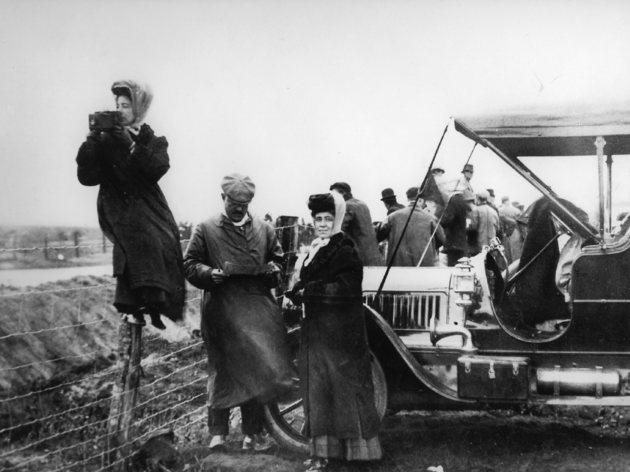 Clear Comfort, 19th-century photographer Alice Austen's family home, is also one of New York's oldest buildings, dating back to 1690. It now houses a large collection of her work, as well as frequent exhibitions of contemporary shutterbugs. 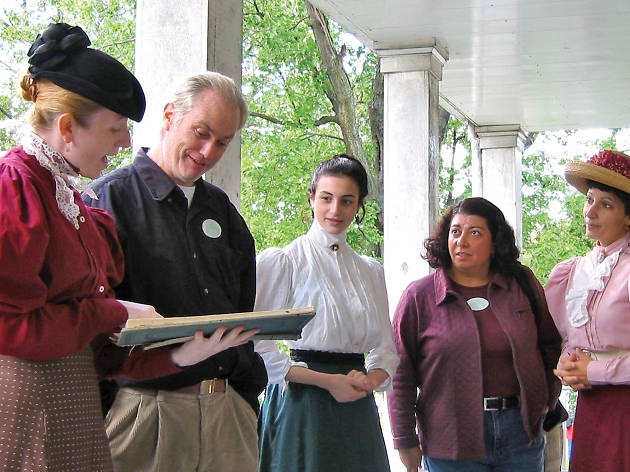 In this preserved village dating from the late 17th century, costumed interpreters demonstrate period skills and trades—blacksmiths, shoemakers and other types of craftsmanship. The area is the site of food festivals, performances and kid-friendly seasonal events. 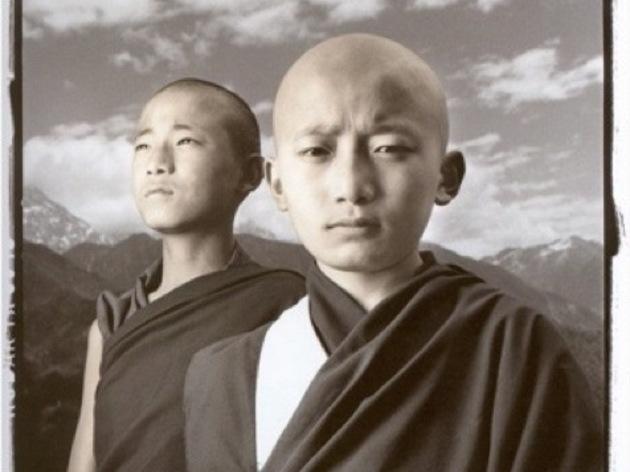 In 1947, Tibetan Buddhist culture aficionado Jacques Marchais opened to the public two stone buildings on a Staten Island hillside, which house her collection of Tibetan art. The tiny museum is the only Himalayan-temple-style building in the United States and is surrounded by meditation gardens. It contains a striking Buddhist altar and the largest collection of Tibetan art in the West, including religious objects, bronzes and paintings. Every October, the museum hosts a Tibetan festival. 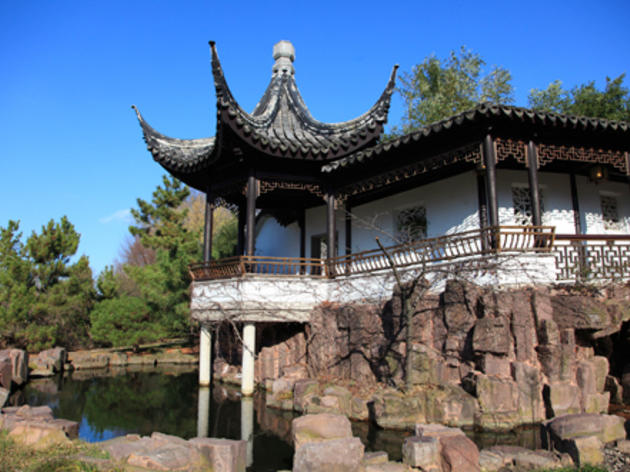 Formerly a home for retired sailors, this 19th-century structure houses exhibits, educational programs and an artist-in-residence program. It is surrounded by 83-acres of of blooming landscape. 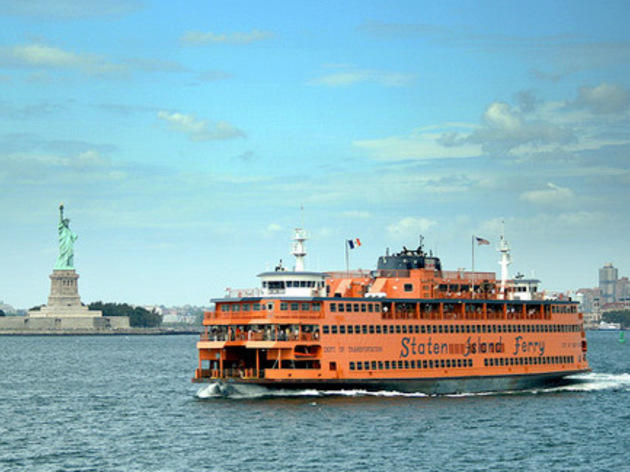 The price of a harbor crossing between Staten Island and lower Manhattan may be the only activity in New York City that’s cheaper today than it was in 1817. Back then, it was 25 cents; today, it’s free. This 24-hour ferry is a lifeline for commuters making their way from NYC’s southernmost borough, but it’s also a boat trip affording some of the finest views in the world. Keep your eyes peeled for Governors Island to the east and Ellis Island and Lady Liberty to the west as the Manhattan skyline recedes in the vessel’s wake. 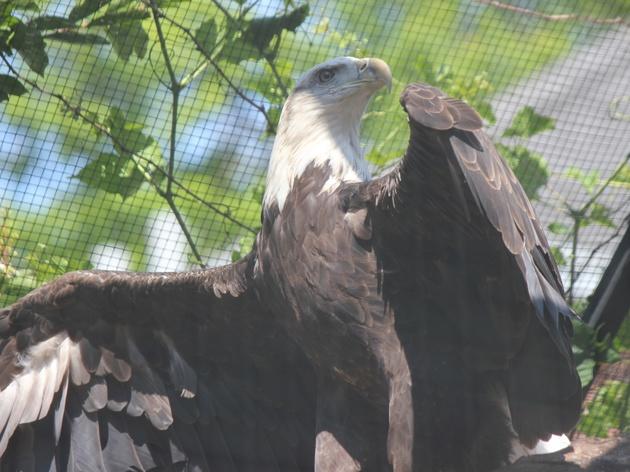 Among the inhabitants of this eight-acre haven, you'll find Amur leopards, the world's most endangered big cats, who will soon relocate to a new, 4500-square-foot outdoor habitat. Currently, they can be found in the African Savannah exhibit, along with meerkats and lemurs. Scores of cold-blooded critters slither in the Reptile Wing, including one of the country's largest collections of North American rattlesnakes, plus alligators, chameleons, fly river turtles and more. In the Tropical Forest, keep an eye out for Grandpa, a 40-year-old black-handed spider monkey who may be the oldest living member of his species. Other popular sights include Henry Ford, a bamboo-munching red panda; an American bald eagle named Liberty; and perhaps the zoo's most famous resident: Staten Island Chuck, New York's official groundhog.