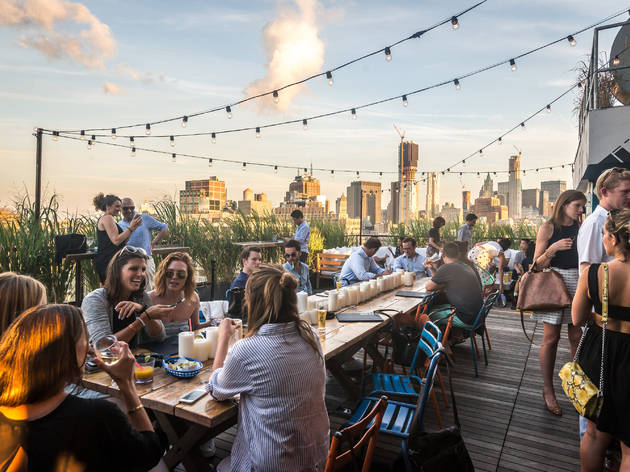 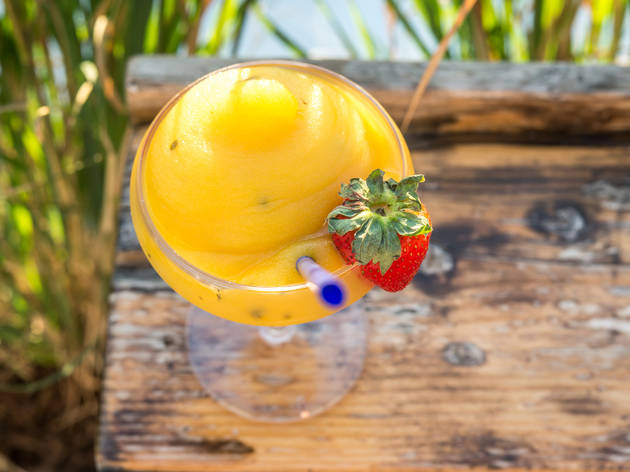 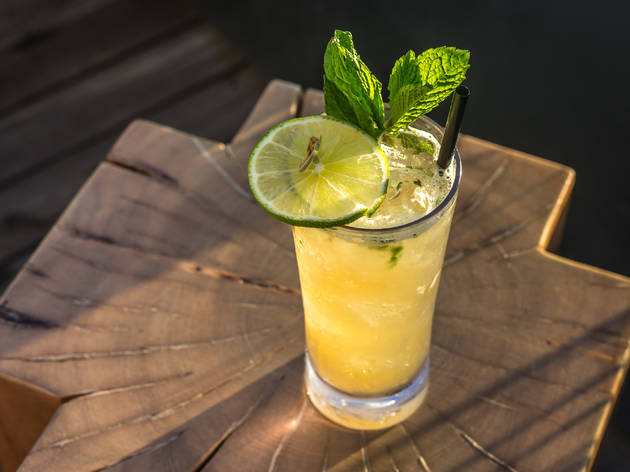 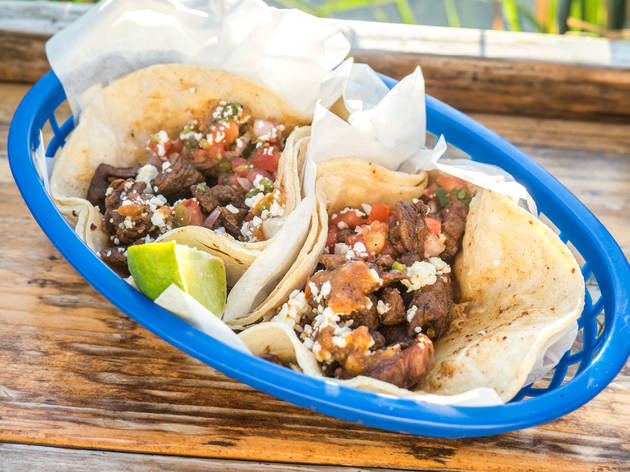 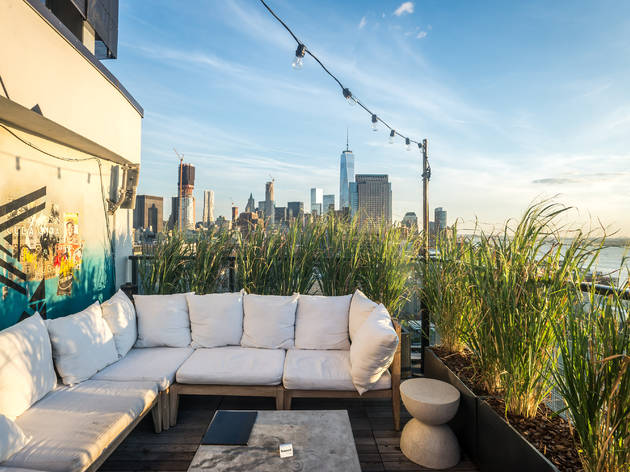 The industrial, mirrored foyer of Hotel Hugo evokes a stuffy airport customs line, with suitcase-toting out-of-towners to complete the image. But an elevator whisking you up 20 floors is a minor fuss to reach your destination. Here, that picturesque landing-place is a 100-seat Cuban canteen set on the hotel’s roof, trimmed with petroleum-blue walls, gritty spray-painted arts and Afro-Caribbean beats.

ORDER THIS: Tangy thirst-quenchers are filled to the brim with lush fruit juices, nectars and purees. The blush-hued La Chula ($16) drowns a kick of cachaça in syrupy guava extract and spritzes of lime, while a vodka-fortified Sandia Fresca ($16) finishes on sweet notes of watermelon and cucumber. Mojito drinkers can sip on a bright-green Funky Castro ($16), which riffs on the usual combo with an unexpected splash of peach liquor and imported hierbabuena that subs for mint. The traditional rum-soaked recipe also comes as a frozen passion fruit concoction swirled with Kelvin Natural Slush Co.’s organic citrus mix ($15).

GOOD FOR: Taking a staycation high above the throngs of Soho shoppers and Holland Tunnel car honkers. Set your drinks down on one of the standing cocktail counters to ’gram the no-filters-necessary backdrop or chat with friends at big-group communal tables lined with brightly colored salvaged chairs. On a more romantic getaway? Sink into plush, white-cushioned seats beneath strings of hanging festoon lights for secluded sipping.

THE CLINCHER: Guayabera-garbed servers transport platters of bocaditos and tacos, offering a taste of Cuban street fare, albeit with Manhattan price tags. The bar’s Cubano ($15) doubles up on hog, with pulled pork loin and maple ham on a toasted baguette, and tacos feature two house-pressed corn tortillas nestling succulent strips of skirt steak slathered with tomato and garlic ajillo ($16). Cuba’s streetside haunts may not tout reclaimed wood tables, $9 guacamole and organic mojito slushies, but as the booze—and the sun—goes down, the distant glow of city lights bouncing off the Hudson could just about pass for witching hour on the Havana coastline.