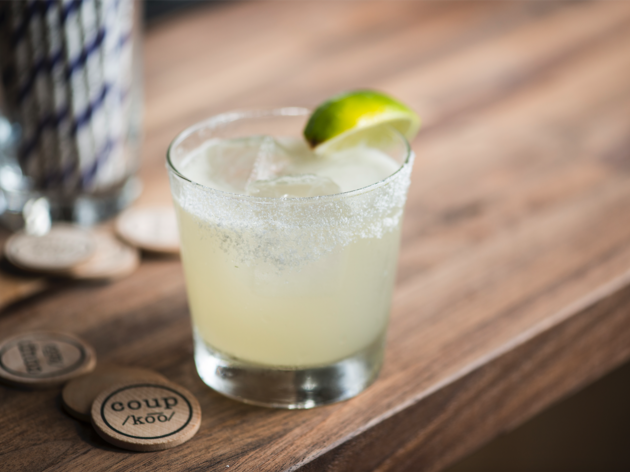 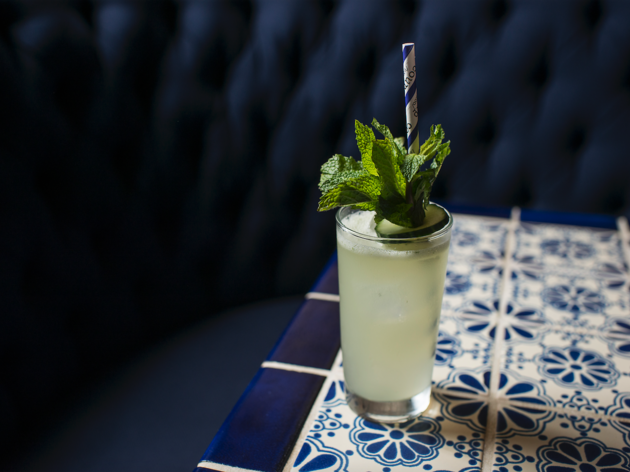 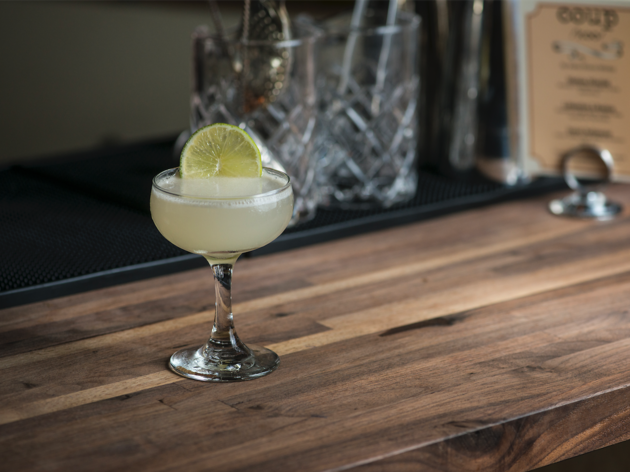 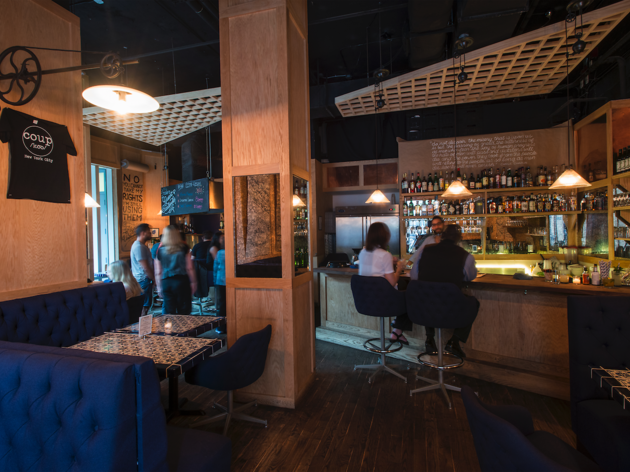 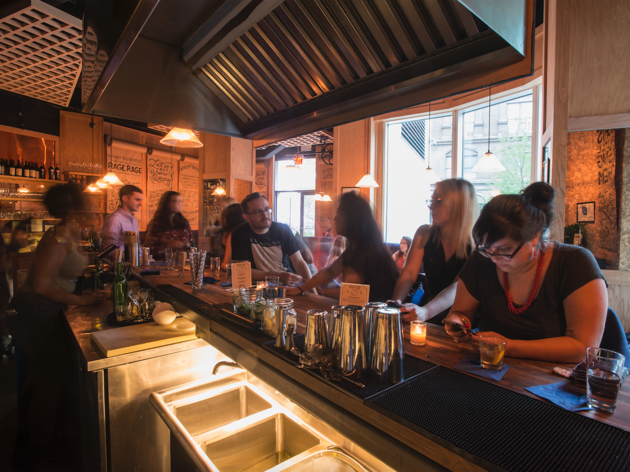 Some protest, others create art. Nightlife maven Ravi DeRossi, however? He opens a bar. The newest Cooper Square watering hole, from the man behind Death & Co. and Cienfuegos, has lofty ambitions. DeRossi has touted that 100 percent of the barroom’s profits go toward charities, specifically ones at odds with the current political administration. But though the bar name suggests rebellion—and the walls are covered in do-gooder platitudes painted on rolled-out kraft paper (Impeach hate speech, Don’t let your fears decide your fate)—the $20-a-pop cocktail list, middle-of-the-road service and corporate after-work crowd doesn’t make Coup feel as if it’s breaking any barriers.

ORDER THIS: The traditional tipples, while not exactly revolutionary (think old-fashioneds, Manhattans and Cosmopolitans), are certainly well executed by Amor y Amargo barmen Sother Teague and Max Green. The margarita boasts a nice acidic bite with strong lime notes, agave and orange liquor, while the gin-spiked EastSide is similarly summery, thanks to sprigs of mint and slices of cucumber. The well-balanced Hemingway Daiquiri is almost worth the steep price due to its sweet, floral tones from Plantation 3 Stars rum, grapefruit juice and maraschino liquor combo.

GOOD FOR: Doing good with little effort. Sure, there are more direct ways to donate to charity, but if you want to make a difference—while also wallowing in political misery—Coup is the cure. With each drink order, you’re handed a little token you can drop into a vase representing one of several rotating charities—the three spotlighted on a recent night were the Nature Conservancy in New York, Cool Effect and Greenpeace USA.

THE CLINCHER: Yes, it’s a high-minded spot, but it’s also a haven for total bar stans. At least once a week, you can find guest bartenders from some of the best watering holes in the city behind the stick: Upcoming mixologists include Natasha David from Nitecap and Jim Meehan from PDT shaking, mixing and stirring speciality cocktails completely tip-free. Now that’s what we call sweet charity.