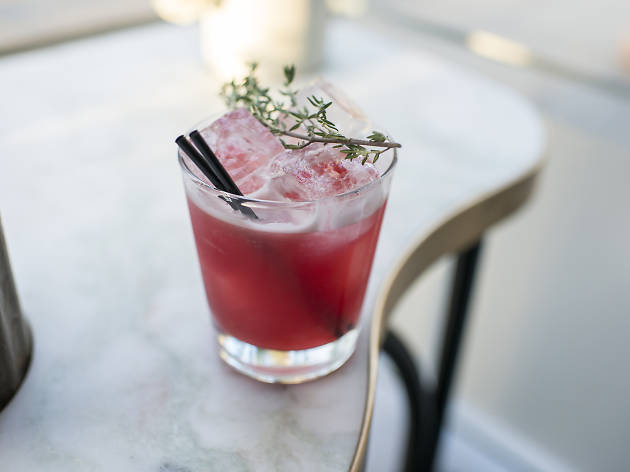 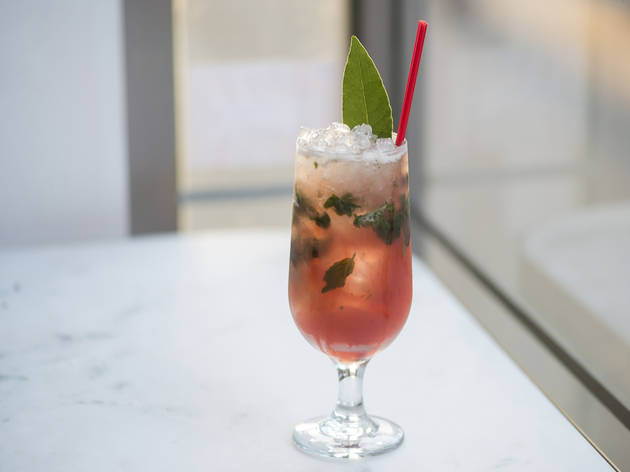 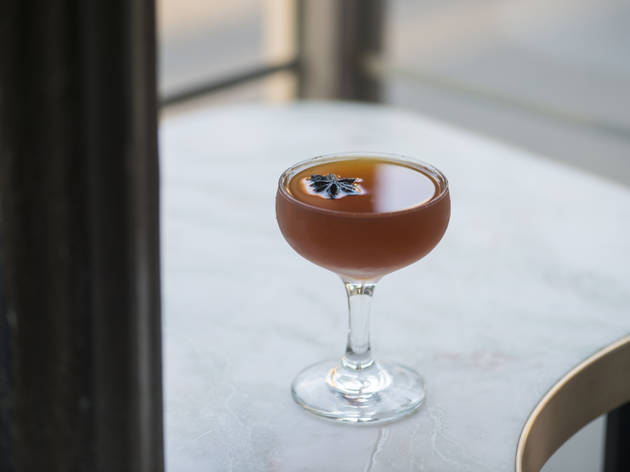 3/4
Photograph: Cayla Zahoran Spider in the Cup at Elsa 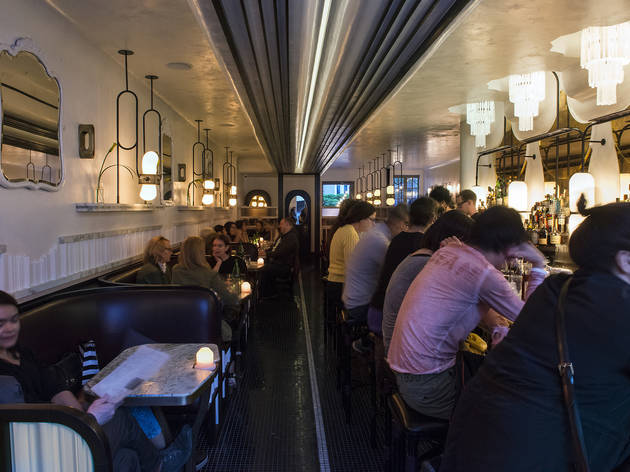 Manhattan’s invasion of Brooklyn is no secret: You can now wander off the Kings County side of the L and right into a SoulCycle or a Starbucks. And Elsa is yet another East River stowaway: After shuttering in Alphabet City in 2014, the bar has been reincarnated in Cobble Hill. And while you might get smacked over the head with aesthetic déjà vu upon entering the new destination (same industrial-glam layout, same ancient sewing machine moonlighting as a beer tap), the spot lacks the cozy European vibes and friendly service the original was lauded for. That difference could be due to the piercing ambient chatter, the distracted servers (cocktails for a party of two were routinely doled out at different times) or the bearded bros littering their table with beer bottles outside on a recent Thursday night. This new Elsa lacks a certain je n'ais se quoi that made her predecessor so popular. The bar, named after Italian fashion powerhouse Elsa Schiaparelli, not only feels hardly European but also barely Brooklyn.

ORDER THIS: The cocktails are as impressive-looking as they sound, with names making literary and cultural allusions. The Handsome Grandson ($13) is a refreshing, summery mix of pomegranate and bay-leaf syrups, basil and fizzy soda. The Scotch-based Spider in the Cup ($16) packs a plucky punch thanks to torched star anise and Scandinavian fernet, balanced with the earthy aftertaste of smoked chili bitters. However, the Salted Watermelon Rosé ($13) is a bland frosé variation that can’t rise from its cheap- wine base tang, and the tequila-laced Golden Fang ($13) recalls a happy-hour margarita, squashing any nuanced flavors brought by Szechuan peppercorn and wildflower honey.

GOOD FOR: A blind date. It hits all the check marks for those clumsy first encounters: scenic, sceney and appropriately noisy for those inevitable lulls in conversation. Plus, there’s ample room in the backyard on a warm summer night or cozy, candlelit booths for cooler ones. Although not hearty enough to pad the strong cocktails, a charcuterie plate ($19) is great to share, with three types of cheese (cheddar, soft goat, brie), as well as salumi, crispy pickles and pepper jam.

THE CLINCHER: Architect nerds will relish the space. Home Studios design firm—which decked out New York’s Donna and Ramona, and was short-listed as a James Beard finalist for Restaurant Design off the strength of its work at Los Angeles’s Gwen—was behind the original Elsa space and returned for the Cobble Hill move. The team based the Brooklyn space on the style of French designer Jean Royère, Art Nouveau and the Vienna Secession movement, which is displayed through curvy molding, wrought-iron light fixtures and its abstract logo of a topless woman. It’s all bellissimo, but it’s also kind of…bleh.