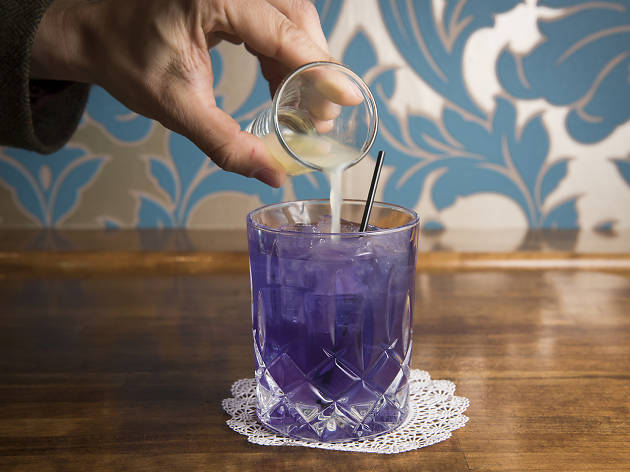 1/5
Liz ClaymanL'Antonieta at Excuse My French 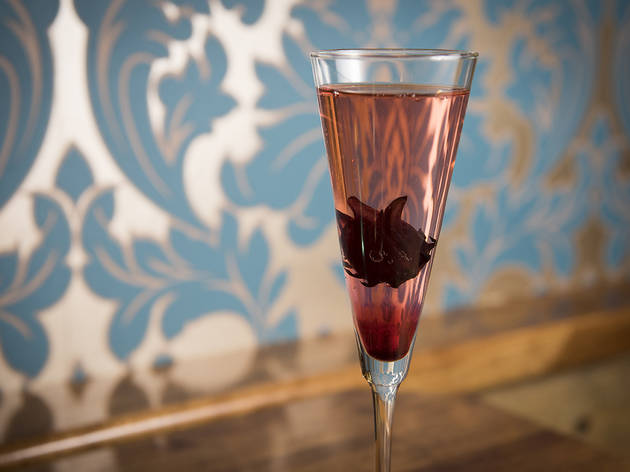 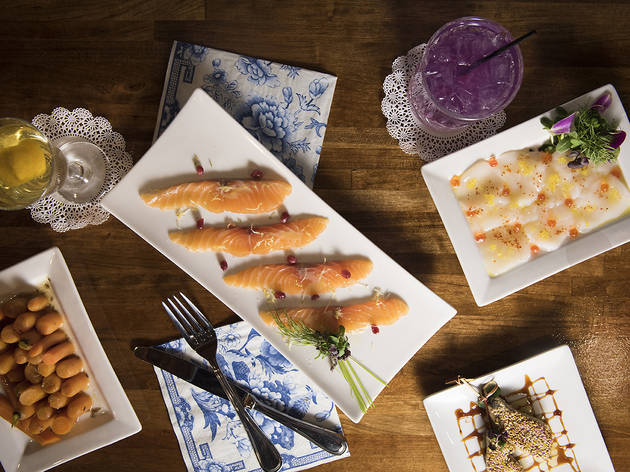 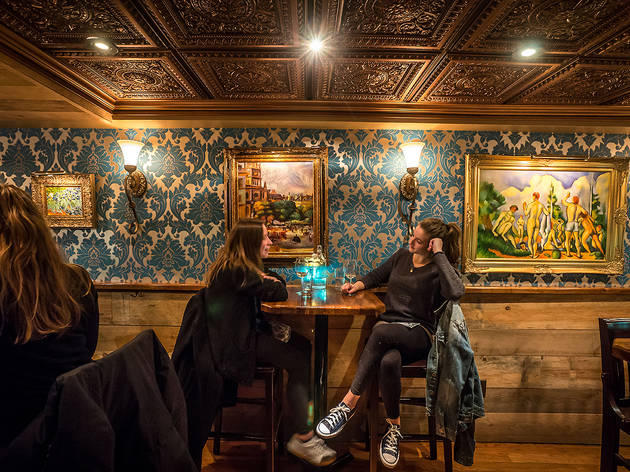 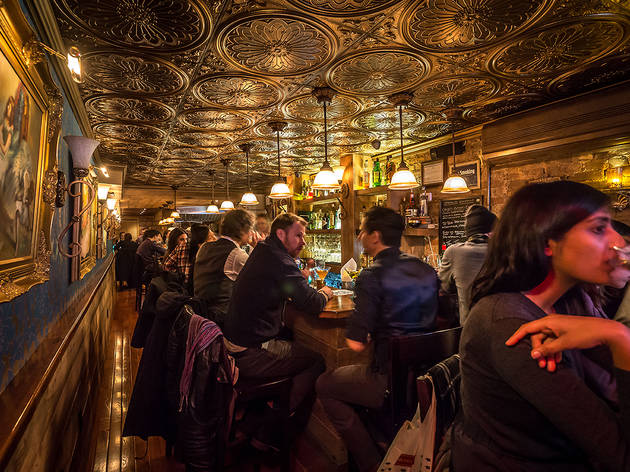 Contrary to what the name might imply, there’s no swearing on the menu at this basement bar from Paris-born chef Johann Giraud and manager-barman Ricardo Valdez, who met while opening the first U.S. outpost of Ladurée in Soho. There are, however, picturesque French cocktails served in a narrow 30-seat space, fitted with blue-and-gold damask wallpaper and budget replicas of famous paintings, alongside traditional small plates, which are steeped in house-made ingredients as well as French history.

ORDER THIS: Color-changing cocktails touting bespoke syrups. The Royale Family ($12) nods to the French monarchy’s fondness for florals, pairing dry sparkling wine with flower syrups (rose, hibiscus), while a pastis service spotlights the anise spirit with cold water ($10), grenadine ($11) or mint syrup ($11). In a slightly stiffer pour, the L’Antonieta ($13) pays homage to 20th-century Mexican intellectual Antonieta Rivas Mercado, who shot herself on the altar of the Notre Dame cathedral in the name of unrequited love; the deeply purple drink, mixing mescal, Cointreau and a syrup from butterfly pea flowers, turns blood-red with lime.

GOOD FOR: Bargoers interested in the history of their cup, told both through menu annotations and by the well-versed barkeeps. On a recent night, Valdez recounted the tale of the Chrysanthemum 1914 ($13), an absinthe-Bénédictine quaff born aboard the German ocean liner SS Europa, which was later taken over by the French and renamed the SS Liberté. Other drinks are designed to celebrate landmark events, like Bastille Day ($13), which reps the French flag with white vodka, blue curaçao and ruby-hued grenadine.

THE CLINCHER: On the food front, Giraud oversees snacks (toastines, tartines) and larger offerings, like boudin blanc sausages ($8), Mediterranean-leaning Moroccan-spiced carrots with garlic and cumin($8) and foie gras lollipops of seared liver slicked in an apple-cider reduction and sesame seeds ($18). With bar bites as thoughtfully crafted as the cocktails, there’s no apology needed for this kind of French.

Near Excuse My French