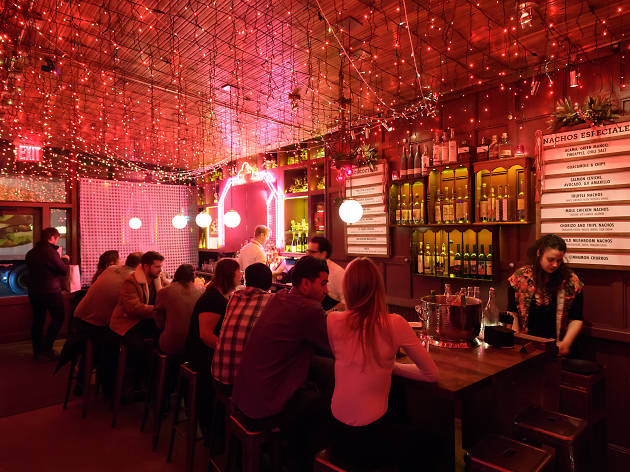 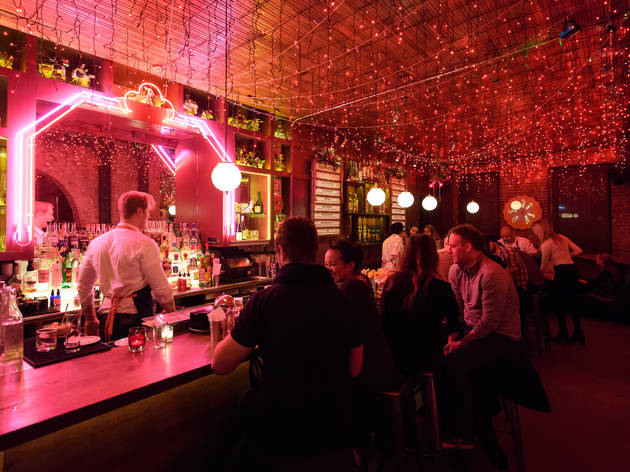 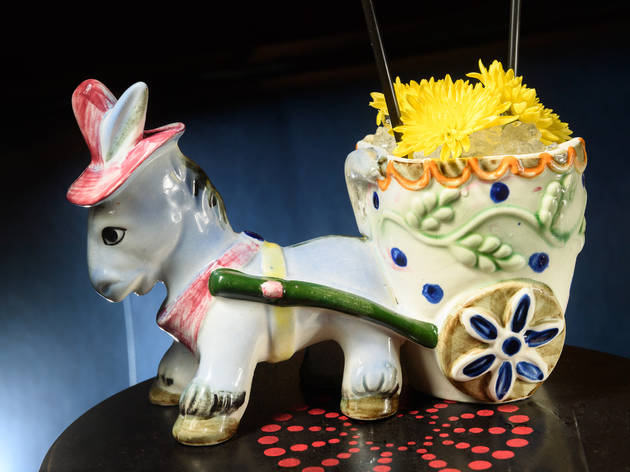 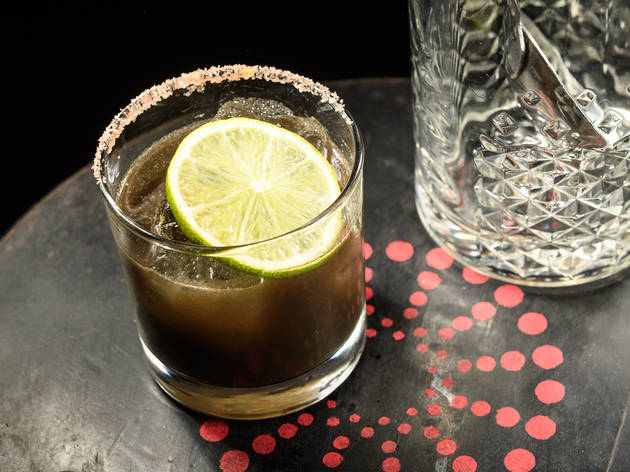 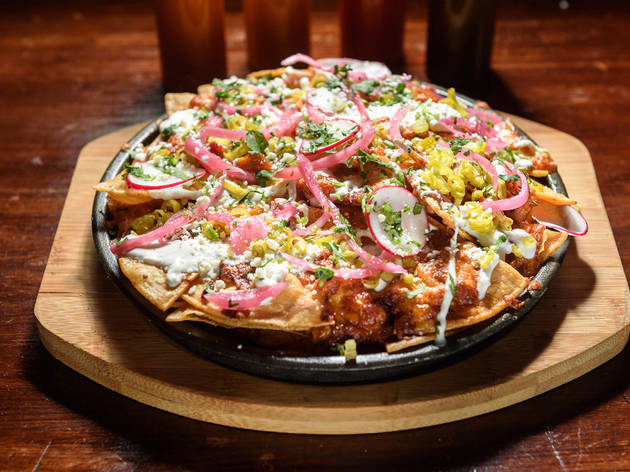 It’s a trade of the booziest kind: a gin joint swapped for a mescaleria. Tucked next to Saxon + Parole in the space that formerly housed Madam Geneva, this Latin-spirited cocktail haunt straddles the line between speakeasy and dive bar, accessible through an interior door from the neighboring American restaurant. (There’s also an entrance on Bleecker.) For the sliver of a bar—festooned with red lights that cast a glow over everything (an IRL Instagram filter, really)—head barmen Nacho Jimenez (the Daily) and Eben Freeman (Genuine Liquorette) built a menu that emphasizes mescal but isn’t committed to the liquor. Instead it touches on stuff like Nicaraguan rum and tiger-nut horchata, and yes, some of ’em are served in ceramic donkey cups.

ORDER THIS: Classic cocktails feel familiar but new, like accidentally running into a friend out of context: margaritas imbued with the mushroom funk of huitlacoche-infused mescal ($15), or a frozen version flavored with tamarind and splashed with chamoy ($14). The standout cocktail, however, is the namesake El Burro Fantasma ($26), a for-two option that packs a punch of mescal and chili, soothed slightly with pink grapefruit and Aperol.

GOOD FOR: Kicking the night off right. House-made mixers, like the ginger beer in El Diablo Swizzle ($14), adds a flavorful bespoke pop to cocktails, elevating them from mere after-work drinks to start-of-a-big-night cocktails. Booming ambient pop music and a whirling crowd—watching barmen shake cocktails while you’re lounging on the few coveted sofas in back—add to the fun-loving vibe.

THE CLINCHER: The proper accompaniment to the bar’s cocktails is a hefty portion of haute nachos turned out from the kitchen on cast-iron fajita plates. They come in varieties like white cheddar with black truffles ($23), chorizo with tripe ($13.50), and chicken with a just-sweet-enough mole in every crevice ($13.50). Customize the spice with one of four house-made sauces ranging from a sweet ají dulce to only-for-the-well-practiced chili de árbol. And if that becomes too zesty, ease away from the heat with warm, delicioso cinnamon churros ($9).