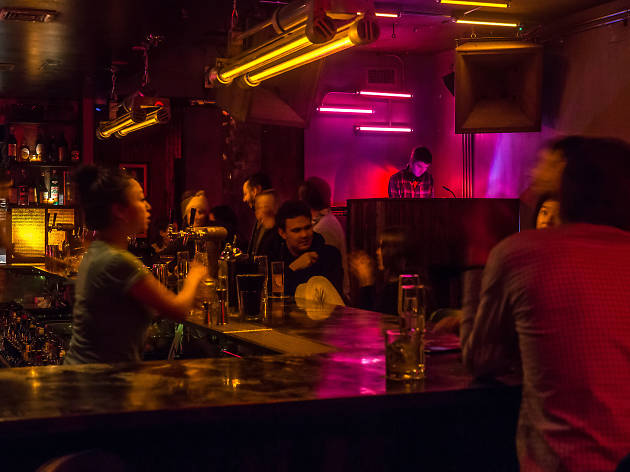 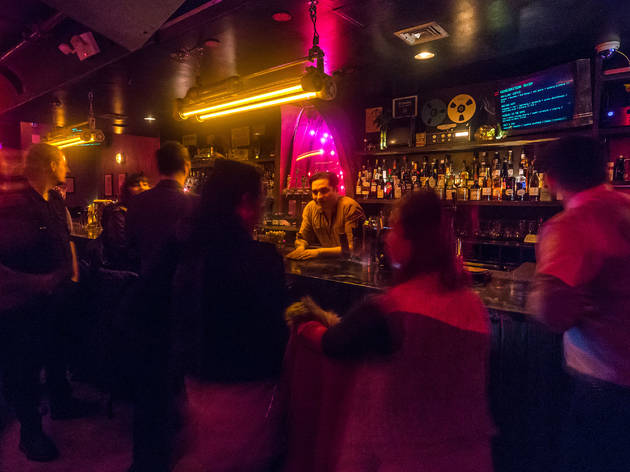 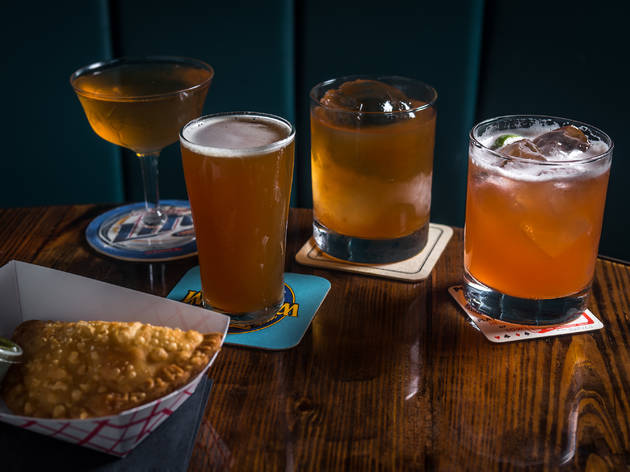 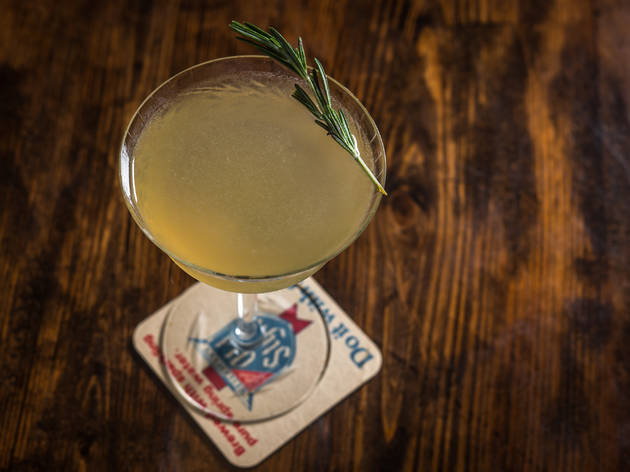 If you peek through the dilapidated warehouses and storefronts in Bushwick, you’ll usually catch sights of bearded men or Edison bulbs signaling “Cool gentrification bar here.” Jupiter Disco, however? Not so much. Its block is so deserted that you might be taken aback when a bouncer coolly asks, “Looking for Jupiter?” Sure, it has a silly name and proudly touts a midcentury dystopian sci-fi theme, but the industrial, LED-lit bar is much less a cheap play at Instagram likes than an earnest letter to the science-fiction genre.

ORDER THIS: Pop-culture–nodding cocktails, named after everything from British prog-rock songs (a tequila-vermouth quaff dubbed Confusion Will Be My Epitaph!) to chapters of The Hobbit (a rye-and-sherry–blending Riddles in the Dark). While not every cocktail from bartenders Al Sotack (Death & Co.) and Maks Pazuniak (Maison Premiere) fully takes off—the Well Deserved Punch ($12) is a sugar overload of pineapple, lime and strawberry—the applejack-based How to Travel ($12) surely does. Its sweetness of honey and vermouth is tempered with bitter IPA, striking a smooth, floral balance with a pop of fizz. Heads-up: The bar eschews a physical paper menu for a drinks list that scrolls on two TVs, so keep an eye out.

GOOD FOR: Your own modern-day Mos Eisley cantina. (A framed blueprint of the beloved Star Wars tavern can be found on one wall.) The bunkerlike space is outfitted with orange florescent lights, dark turquoise booths and nostalgia-inducing tech tchotchkes like spectrum analyzers, oscilloscopes and a functioning reel-to-reel tape recorder—basically, things most millennials won’t recognize.

THE CLINCHER: The team says that the bar’s soundtrack is just as vital as its drinks. And with a top-of-the-line sound system that runs through a custom rotary mixer and an alternating lineup of local DJs spinning an assortment of progressive disco, synth and electronic music, the jams, like the digs, are otherworldly.