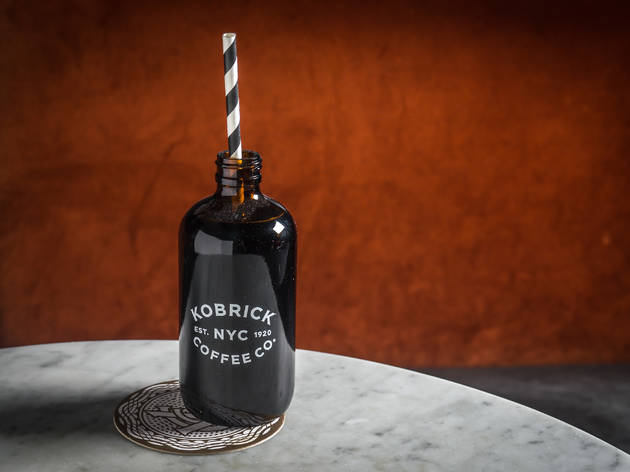 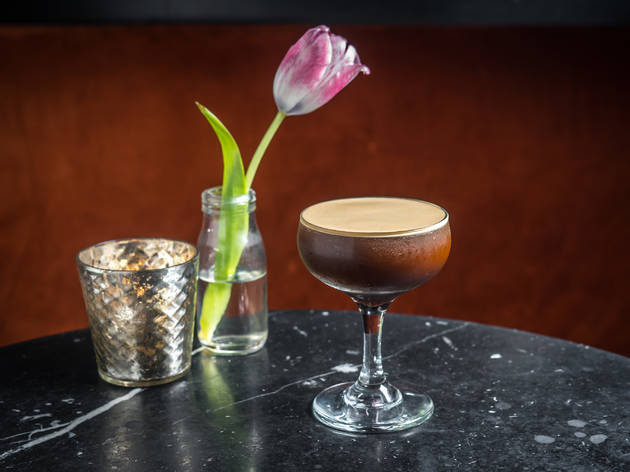 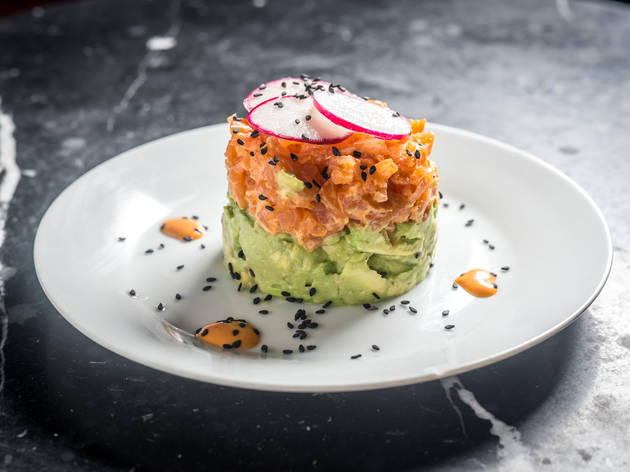 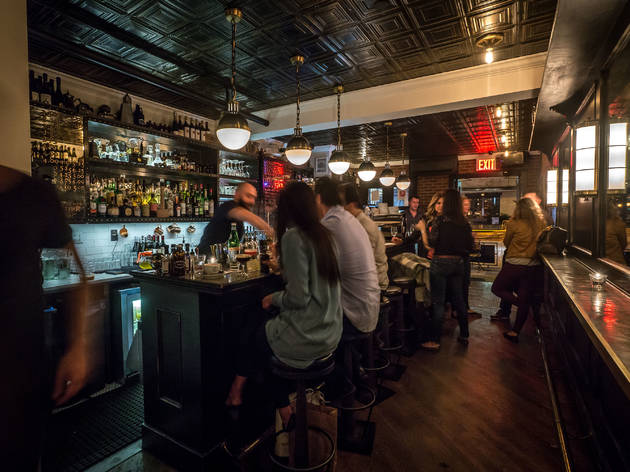 Let’s be real—coffee cocktails have never been cool. But when a century-old roastery debuts a bar program serving inventive iterations of those once-disreputable java drinks in the Meatpacking District, it piques our interest. Fourth-generation Kobricks, siblings Scott and Niki, put a boozy twist on the family business (great-granddad Samuel Kobrick established the roastery and distributor Kobrick Coffee Co. in 1920), teaming up with Hella Bitters founder Tobin Ludwig for an all-day coffeeshop–cocktail-bar hybrid that will give you all kinds of buzz.

ORDER THIS: Cocktails with a caffeine jolt ($15), though you won’t find any espresso martinis here. Instead, modern coffee-spiked quaffs include the aromatic Mexican Jumping Bean, a blend of Kobrick’s full-bodied Tiger Stripe ristretto shot, reposado tequila and the citrusy amer China-China; and the Three Hour Kyoto Negroni, a smooth union of the traditional recipe with the roastery’s rich single-origin Kenya AA dripped through a sleek Yama brew tower. Although the shop’s pride and joy may be its house joe, coffeeless heavy hitters ($16) like the Chemex Bloody Mary (featuring vodka infused directly with fresh horseradish, habanero, lemon and Worcestershire sauce) and the Voodoo Guy (a margarita riff with jalapeño-infused mescal, lime juice and muddled ginger) do not disappoint either.

GOOD FOR: A mellow respite from rowdy MePa revelers vying for entry into velvet-roped clubs. Bargoers can settle onto stools at the front bar or head to the cozy back room, which has tufted chairs, velvet-backed banquettes and candlelit two-tops that transition easily from a daytime café to a late-night lounge. Percolators and coffee paraphernalia adorn the bar’s shelves, while the vintage tin ceiling, family photographs and lamps made from antique coffee urns nod to the establishment’s early-20th-century roots.

THE CLINCHER: Baristas pull double duty as bartenders, smoothly delivering cortados and composed cocktails day to night. And if you’re starting to feel the java jitters, baristas also moonlight as waiters, doling out light snacks and small plates ranging from a creamy smoked-salmon tartare studded with avocado ($14) to café standards like pressed sandwiches (Swiss and shallot, $10; turkey Cubano, $10) and cheese boards (each $5, four for $17). Serving from 7 to 2am, Kobrick is just the kind of pick-me-up you need in the city that never sleeps.