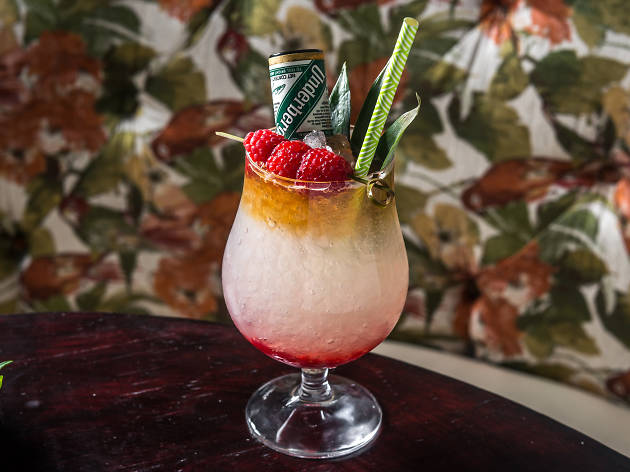 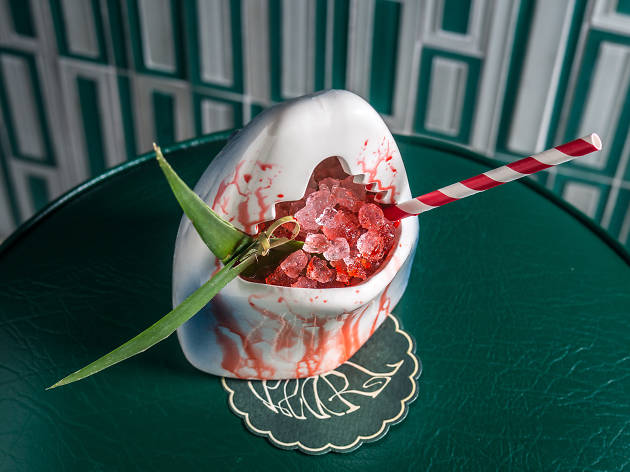 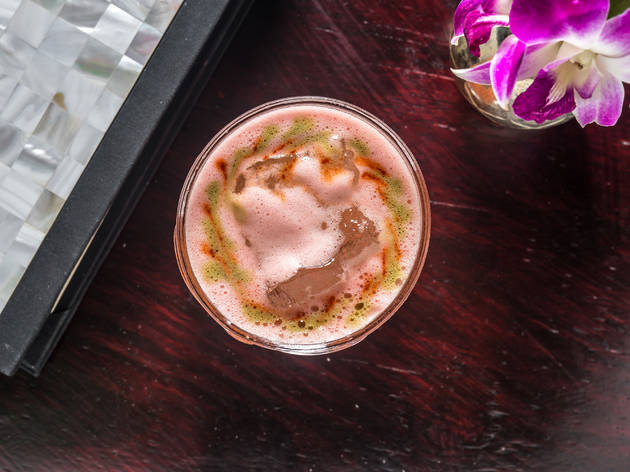 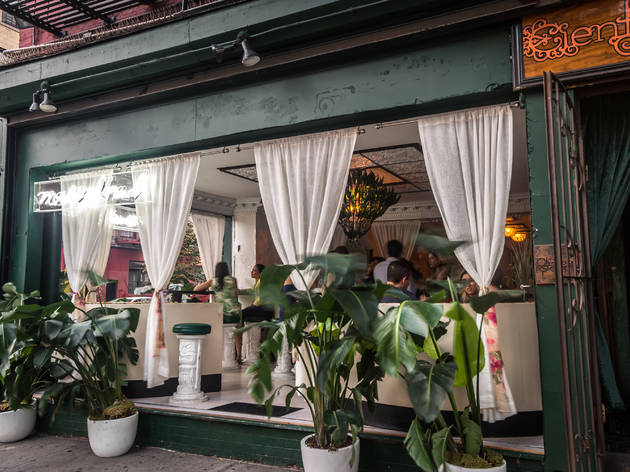 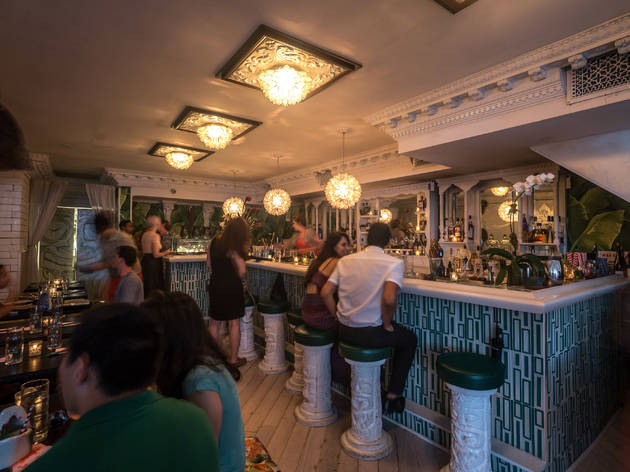 Catching a breeze through white-linen curtains while downing an umbrella-decked cocktail is as close to an island escape as you’ll get on a grungy, hookah-fumed stretch of Alphabet City. For this paradisiacal 50-seat revamp of his old Gin Palace space, Ravi DeRossi (Death & Co, Cienfuegos) recruited longtime cohorts Jane Danger (the NoMad) and chef Andrew D’Ambrosi (Bergen Hill) to rehash the throw-back pours and Orient-skewing grub shaped by 1940s tiki culture. Without a single standard-issue tiki offering on the menu—no mai tais or pupu platters here—Mother of Pearl is a postmodern Polynesian affair pioneering new waters.

ORDER THIS: Beach-ready quaffs draw inspiration from their midcentury counterparts, but Danger freely riffs on those predecessors. The Shark Eye ($15) plays on a Demerara dry float, swapping the usual rum for curaçao and bourbon in a kitschy, Jaws-like cup, while the Tide Is High ($15) spices up the nuttiness of almond-based orgeat and cashew milk with smoky mescal and pineapple juice shaken to a frothy consistency.

GOOD FOR: Island flavors are given smart twists from D’Ambrosi. Kahlua-and-ginger-smothered slabs of pork belly ($26) come with oversize bibb lettuce leaves, ready to curl around coconut rice and kimchi pineapple. The uni kalani ($18) is a lofty take on a traditional Polynesian breakfast, with succulent urchin floating on a cloud of Spam-speckled French eggs.

THE CLINCHER: Like the menu, the cozy teal-and-white den is rife with time-warp nods to the Pacific isles, including retro floral-patterned banquettes, hand-carved totem pole stools and mother-of-pearl light fixtures. The effect is somewhat dreamlike—corroborated by a lo-fi pop soundtrack ranging from the Velvet Underground to St. Vincent. If you can brush off the occasional stares of passersby—the gleaming neon sign and effervescent lights garner many a sidewalk double take—you might find yourself lost in booze-soaked bliss.