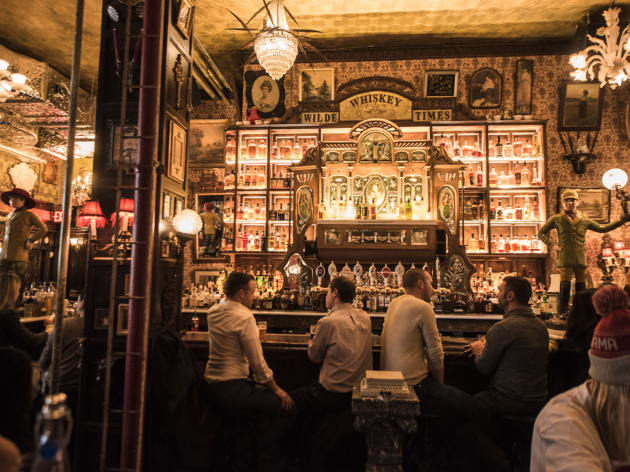 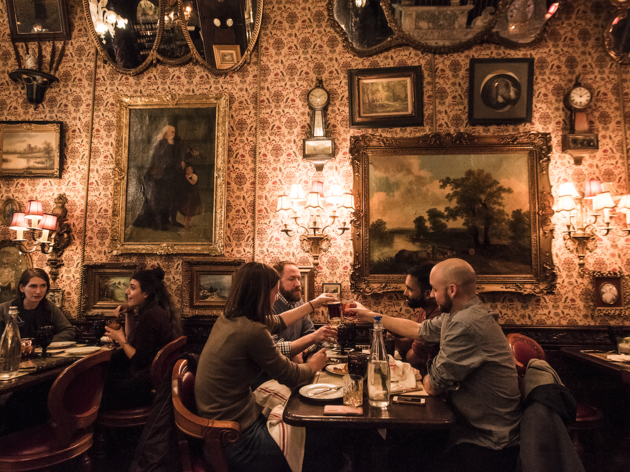 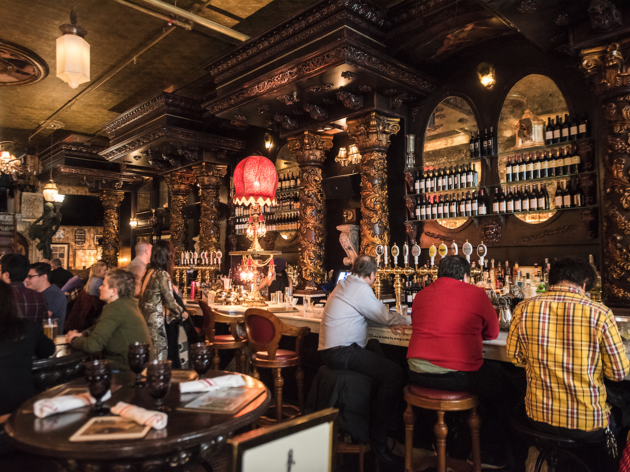 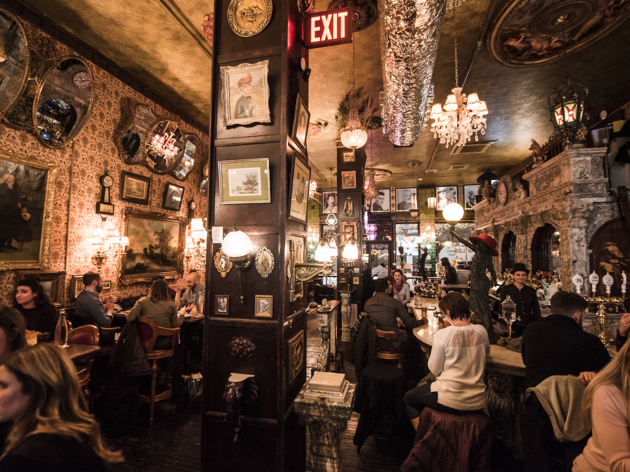 “If you want to be a grocer or a general or a politician or a judge, you will invariably become it; that is your punishment,” wrote Oscar Wilde. “If you never know what you want to be, if you live what some might call the dynamic life but what I will call the artistic life, if each day you are unsure of who you are and what you know, you will never become anything, and that is your reward.”

Epitomized by brine-curious pickles and “broccomole” (which tastes like mushy peas and comes with taro chips), the British writer’s namesake guise-gone-Wilde bar, fittingly, has no idea what it is. So at least there’s that. Equal parts salon, pub and bordello, it serves a broad mix, including tipples in the Victorian style and Prohibition-inspired cocktails (the building previously housed the Prohibition Enforcement Headquarters) despite the fact that Wilde died 19 years before the Volstead Act, in a country that never tried the “noble experiment.” And there’s champagne, of course. (The menu quotes Wilde: “Pleasure without champagne is purely artificial.”)

Decor is a challenge at this homage to a man whose dying words were reportedly “This wallpaper and I are fighting a duel to the death. Either it goes or I do.” The venue is awash in deliriously decadent bric-a-brac like painted-glass windows and crushed-velvet chairs, without the impotence of being earnest—and almost everything is dolled up with gaudy marble or heavily lacquered wood.

Naturally, the menu is packed with odes and double entendres (any true Wilde fan loves a double). The fare descriptions are rife with tongue-in-cheek Freudian slurps that suggest the tongue has ventured elsewhere. The 50 Shades of Dorian Gray, driven by five-spice cherry gin, is the kind of cocktail that uses its passport as ID: alluring, showy, deliciously straddling the faraway and the familiar. The botanical lift of the cucumber vodka and grape liqueur in the Writer’s Block cocktail is bubbly and bright. But dodge the Potent Elixir (cognac, Guinness syrup, lavender bitters and champagne? It’s a slush pile of half-thought ideas). And My Bookie’s Wife? She settled. Rose wine, elderflower liqueur and grapefruit botch their ménage à trois; the rose literally settles to the bottom. We happily lapped up the Gutter & Stars: jaunty, floral and velvety with a playful tumble of gin, sparkling wine and lavender bitters.

How far has the cultural vanguard come since Wilde’s heyday? A straight bar can be openly devoted to a queer icon. What an amazing tribute to the brief, wondrous life of Oscar Wilde. It is its own reward.