Bars, Beer bars Lower East Side
Recommended
4 out of 5 stars 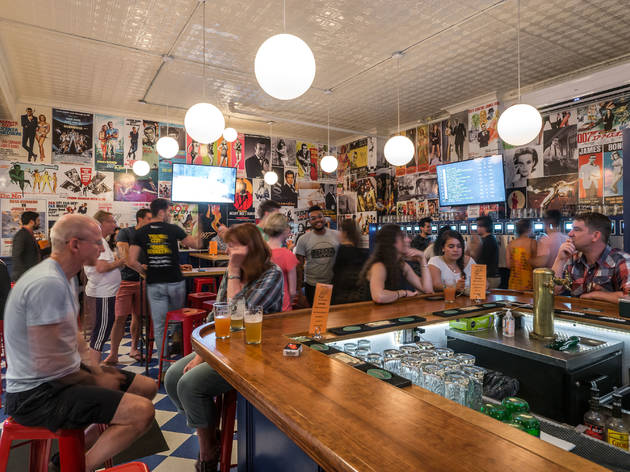 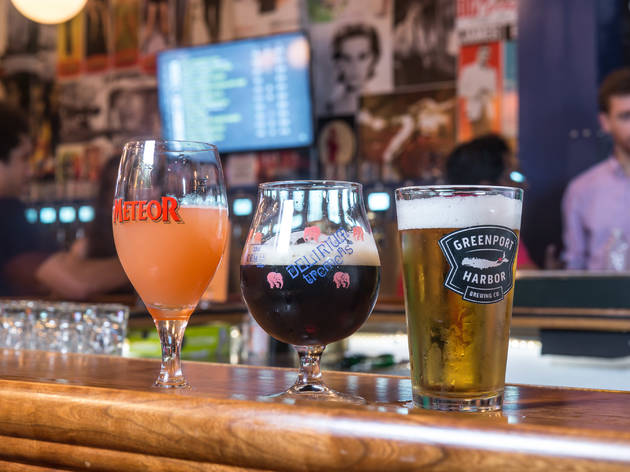 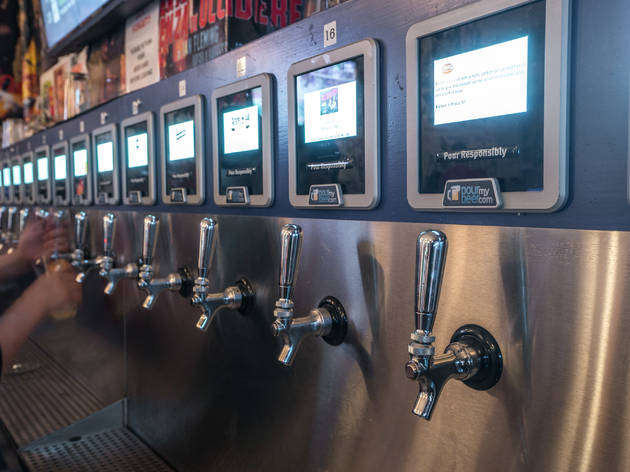 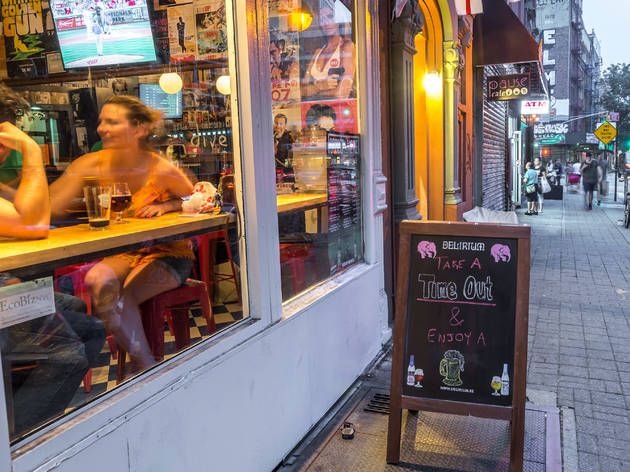 Technology has been creeping its way into bars for a while now, with happy-hour apps and iPad menus popping up to varying degrees of success. And while tech generally aims to make our lives easier, going to a bar and grabbing a drink isn’t exactly a formula that needed improvement: No amount of digital gimmicks can replace the familiarity of a cold pint at a friendly watering hole. The innovation is neither unnecessary or obtrusive at self-service beer bar Paloma Rocket, which opened in April; it lies in a why-didn’t-I-think-of-that simplicity—in other words, technology at its finest.

ORDER THIS: Buy a beer card from the bartender—or rather, “beer ambassador,” who is quick to offer recommendations or help with the gadgetry—in an amount of your choosing. (The bar is cash only at the moment.) Each of the bar’s 30 taps features a screen that displays brewery info, tasting notes and price per ounce. Choose your glassware (pint, tulip, snifter), place your card into the slot, pull the handle and your balance automatically deducts—an ounce or two for a taste, more if you find something you like. The constantly rotating selection includes local breweries and a few international imports; on a recent visit, a Montauk Belgian Wit was refreshingly grain-forward for a wheat beer, while a 21st Amendment Back in Black IPA found a middle ground between roasted-malt depth and fizzy drinkability.

GOOD FOR: An interactive, egalitarian tasting that’s as much for beer neophytes as it is for self-proclaimed snobs. Anyone who’s ever felt sheepish asking a bartender for taste after taste—or, alternately, committing to a pint they didn’t love—will get a gleeful rush from sampling minipours, one after another. The concept has been compared to fro-yo chain 16 Handles more than a few times, but we’ll top that: There’s almost a Willy Wonka–level novelty that comes with the freedom to serve yourself.

THE CLINCHER: The bar’s interior forgoes the genre’s dim, wood-paneled expectations in favor of primary colors, a cheery checkered floor and vintage James Bond posters—think somewhere that might make a telegenic sitcom hangout. Snacks match the rec-room vibe: Artisanal popcorn in flavors like sriracha-lime-cheddar ($5) and truffle-parmesan–black-garlic ($6) provides edible centerpieces for groups of postwork locals and suds enthusiasts. For all its smart-pouring machinery, Paloma Rocket still has all the makings of a good old-fashioned bar.