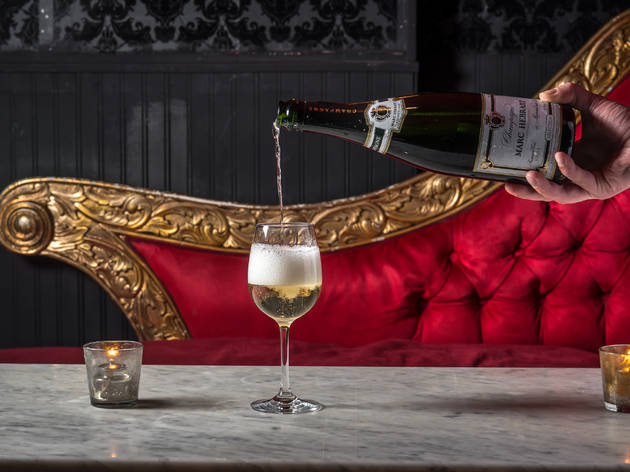 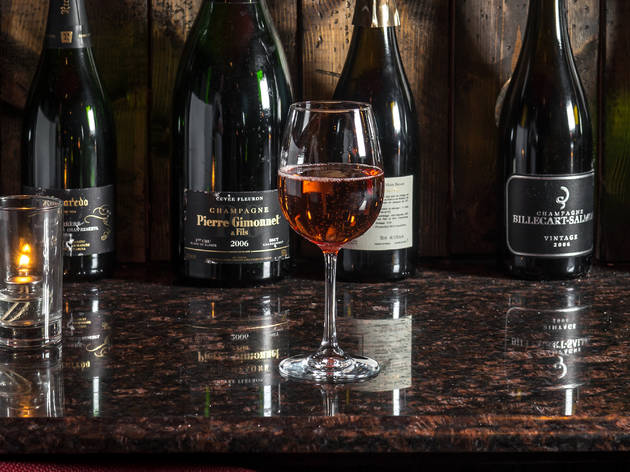 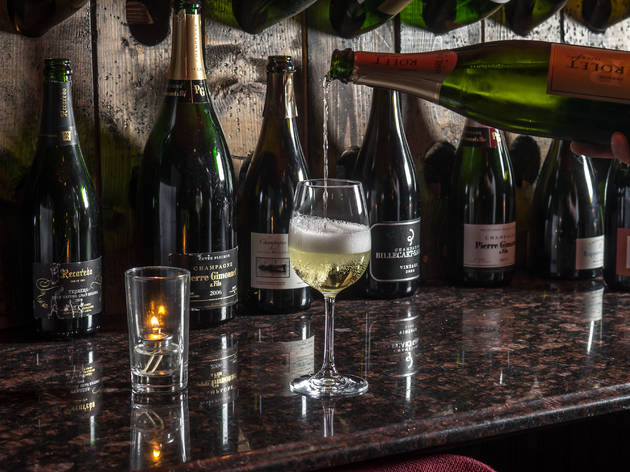 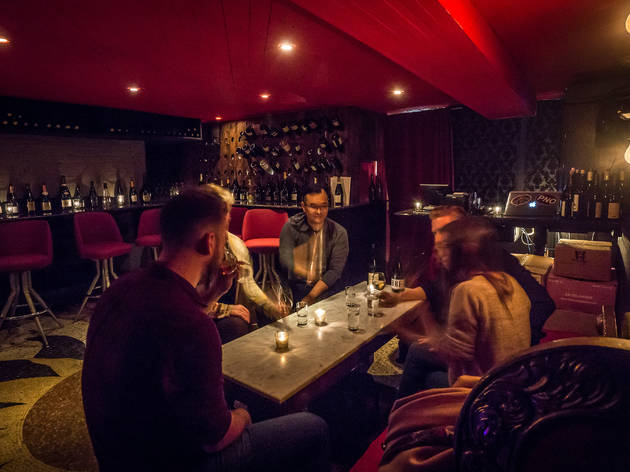 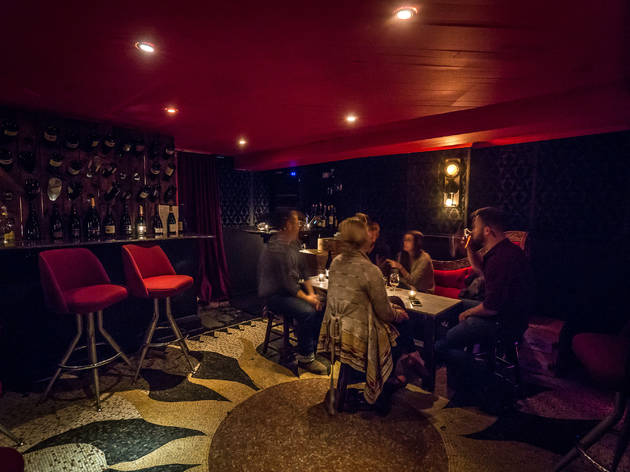 If anyone’s keeping track, Ravi DeRossi (Death & Co, Amor y Amargo) might be a front-runner in the race for most New York bars opened in 2015. Through the wrought-iron gate beneath DeRossi’s Bourgeois Pig lies his fifth venue of the year (joining the tiki-sloshed Mother of Pearl and vegan Avant Garden), a 20-seat wine setup replacing the Spanish-inflected Sol. Unlike its bejeweled sister upstairs, the shimmer here comes from the narrowly focused selection of champagnes and sparkling wines. The bar’s name cues the bubbly focus: French widows of the 18th century—whose husbands perished in the Napoleonic Wars—took over the family vineyards and pioneered the modern-day process of trapping excess bubbles in champagne bottles, also known as riddling.

ORDER THIS: Festive European sparklers plucked by affable beverage director Tanner Walle (Terroir). On a recent visit, a request for a dry rosé yielded a floral Murgo brut from Sicily ($16) that touts a crisp minerality from the volcanic soil of its origin. Champagne lovers should go for the gorgeous Hebrart Selection, a brut from France’s Mareuil-sur-Ay, ($24), which rounds out bready brioche notes with a clean champ finish. For the wine novice, Walle’s pour of the moment is the Hofgut Falkenstein riesling ($20), a classic German number whispered with stone fruit that stands up excellently to heady cheeses and salty meats.

GOOD FOR: Casual wine geekery without a shred of white-clothed snootiness. A single barman helms the studio-size bar, rattling off tasting notes and bottle introductions when needed but making sure not to intrude on more intimate parties. Grape-guzzling daters cozy up in semiprivate corners to clink their fizzing flutes and munch on pair-worthy bites, including olive-oil–tossed root vegetable chips ($6), popcorn with a choice of flavored salts ($6) and a three-cheese board with Oma, aged Gouda and Stilton ($18).

THE CLINCHER: Fans of DeRossi’s moodily decorated Death & Co will appreciate the Gothic touches at play here, like dark-velvet wallpaper, crimson bucket chairs and a plush, Victorian-style upholstered chaise. Standing out from such edgy trimmings are the rustic, namesake racks hanging along the walls, upturning new bottles into the fitted slots. That process might be called riddling, but the boozing here is no joke.