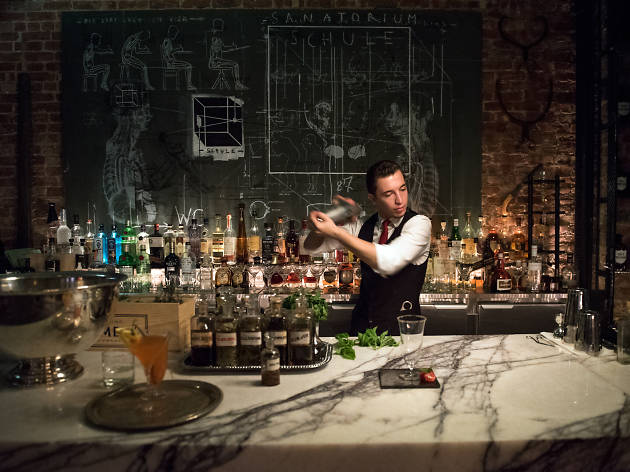 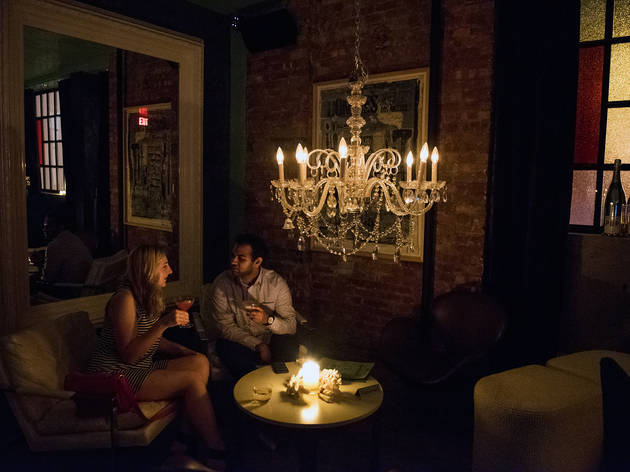 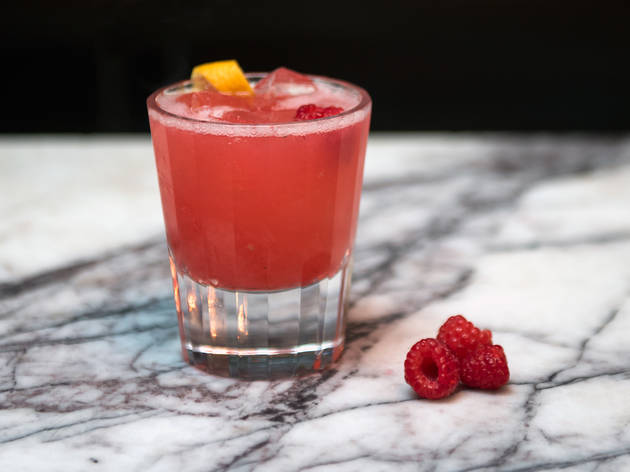 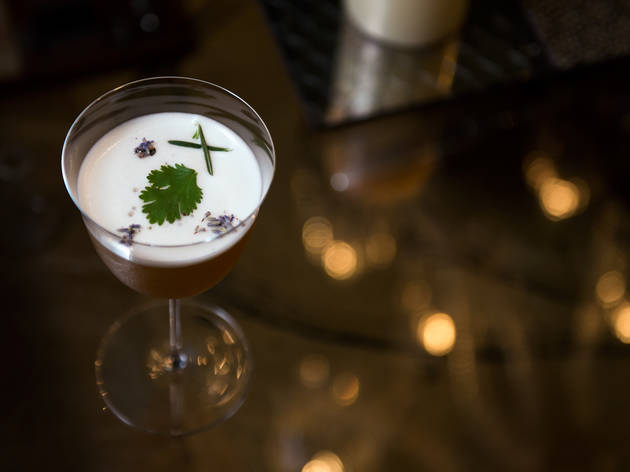 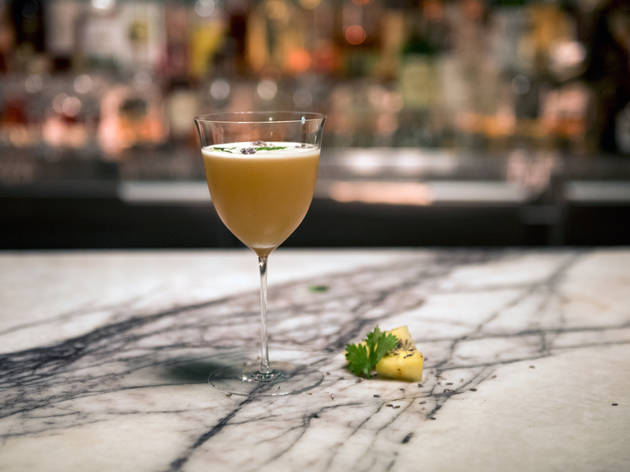 after Spending a two-year hiatus from New York in Miami to open South Beach’s Drawing Room, Austrian firecracker Albert Trummer—founder of Chinatown’s pharmacy homage Apothéke—makes his New York comeback with this hospital-themed Alphabet City newcomer. Few have forgotten Trummer’s pyrotechnic proclivities—the barman was arrested twice for pouring liquor all over Apothéke’s bar top and lighting it aflame in 2010—but here the sparks are in the form of high-class cocktails served in a barroom masquerading as a hospital waiting room. And the first-rate booze treatments here are sure to cure your ennui.

ORDER THIS: Cocktail remedies ($15) on Trummer’s short but cheeky menu are listed inside a “confidential patient’s file” and sport such on-the-nose names as Stitched Up and Turn Your Head and Cough. At the long marble bar, barkeeps put on a show producing potables like the rum-based O.R. and the vodka-sloshed Recovery Time: The former is a delicate, creamy blend of pineapple, lime-infused sugarcane, Angostura bitters and house-made vanilla elixir kicked up with habanero and cilantro; the latter, a blood-red swirl of raspberry with hibiscus elixir, aromatic Earl Grey tea and lemon.

GOOD FOR: A reprieve from Manhattan’s dime-a-dozen craft-cocktail bars, with their same old “posh but friendly” takes on the classics. Sanatorium captivates without playing it safe or relying on camp; instead, 1930s medical–inspired decor is paired with up-tempo electro beats, creating a lounge atmosphere across four enclaves set with stuffed armchairs and dim lighting via surgical lamps and a low-hanging chandelier. No detail is spared, from the test tubes and stoppered glass bottles at the bar to the X-ray light boxes of skull-and-bone radiographs that punctuate the extravagant room.

THE CLINCHER: The lair makes up for its sins—those $15-a-pop drink prices and and distinct lack of snacks (nibbles forthcoming from the unfinished kitchen downstairs)—with its finery. Catering to a high-class clientele, Trummer offers champagne specials you must call to request, and he keeps a tucked-away downstairs space for private parties, with plans to host grand galas, starting with Fashion Week (September 8 to 16). It’s a polished scene, sure, but Sanatorium still retains an accessible feel courtesy of its theme-bar playfulness. It’s a bar that leaves an imprint, which is  no easy feat in the world’s most cocktail-crazed city.