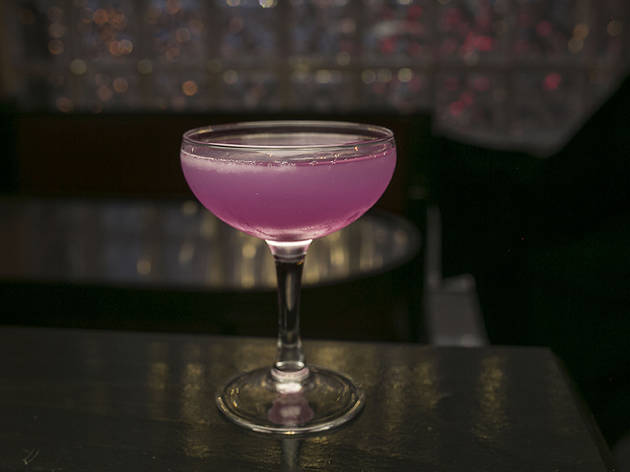 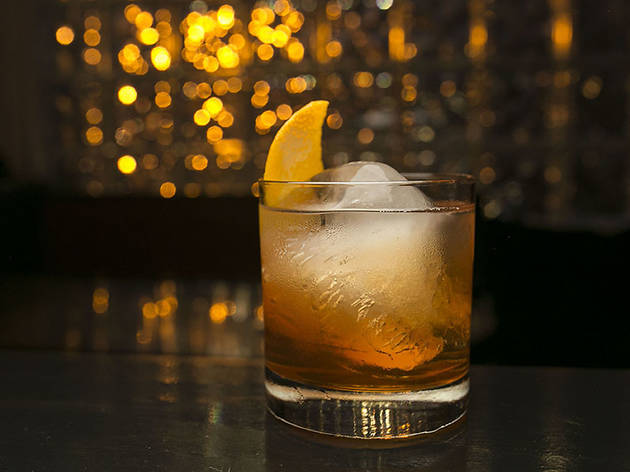 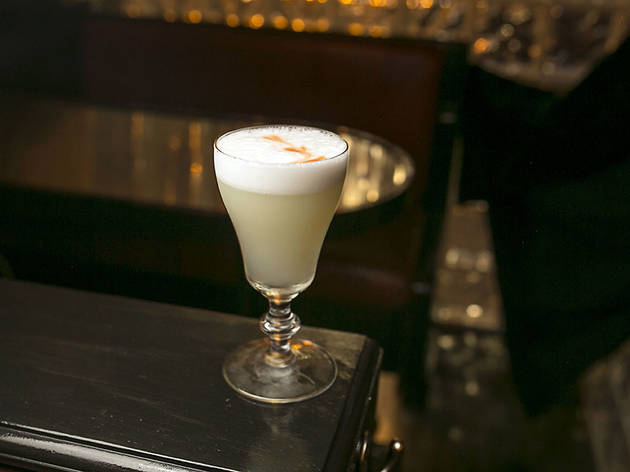 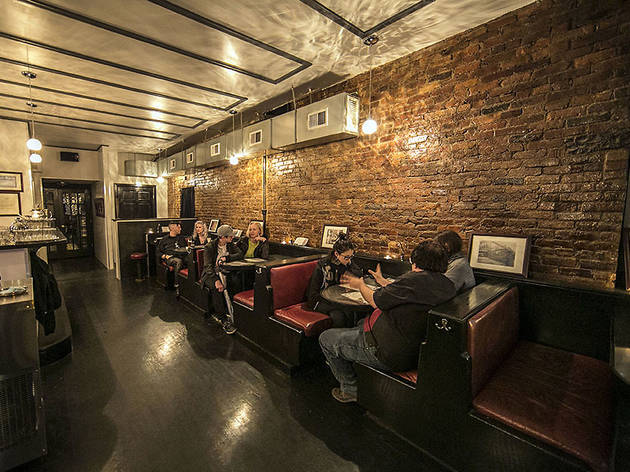 When pioneering drinks legend Sasha Petraske died unexpectedly at the age of 42 in August 2015, cocktail-loving New York mourned the loss of one of its most influential barkeeps. With speakeasy Milk & Honey, which opened in 1999, Petraske almost single-handedly reignited Gotham’s obsession with Prohibition-era cocktailing and inspired a wave of like-minded drinkeries. Following Petraske’s passing, his erstwhile protégé and Middle Branch partner Lucinda Sterling, along with longtime cohort John Bonsignore (Little Branch, Middle Branch), sought to carry out his final act, seeing through the construction of this sleek Red Hook boîte. The bar honors Petraske’s storied career the best way it can—with great cocktails.

ORDER THIS: Expertly balanced drinks ($12) from Sterling, who taps into Petraske’s mantra of harmony in cocktails. (The bar takes its name from a William Butler Yeats poem describing a bird balanced in flight.) Her take on a Blue Devil features floral gin and maraschino liqueur but swaps out the usual curaçao for a cobalt-colored butterfly pea flower extract to lend the drink its deep-violet hue. Meanwhile the bar’s pisco sour is a textbook example of the Peruvian classic, with shaken egg white providing a wonderful froth to tame the rustic bite of grape brandy.

GOOD FOR: A snug evening in a tucked-away corner of Brooklyn. Even as Red Hook has welcomed destination-worthy food-and-drink spots (Hometown Bar-B-Que, Red Hook Winery), the harborside district manages to retain a secluded feel that’s amplified within Seaborne’s diminutive walls. With just 35 seats in the form of a few crimson leather-padded booths and a handful of scattered barstools, the mood-lit space lends itself to a languid night of imbibing with close friends.

THE CLINCHER: Petraske touches abound, from the deliberate lack of signage to the stainless-steel tabletops modeled after the original Milk & Honey design. Yet since plans for the bar had not been finalized at the time of Petraske’s passing, Sterling and Bonsignore were tasked with following clues to determine what he had in mind: Two ice cream machines left in the space will be rigged for frozen drinks come milder weather, and the barman’s desire to save money on labor means that just one attentive bartender serves the space per night (built-in water spigots at each booth allow patrons to stay hydrated without having to head to the bar). Coupled with reliably solid cocktailing, these small details preserve the integrity of what Petraske stood for, ensuring his legacy continues for years to come.