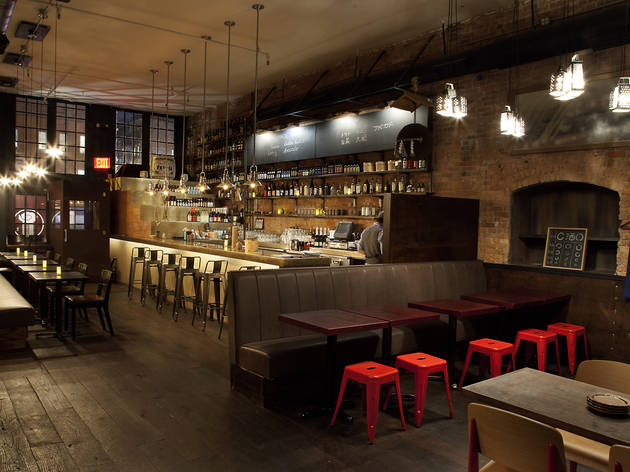 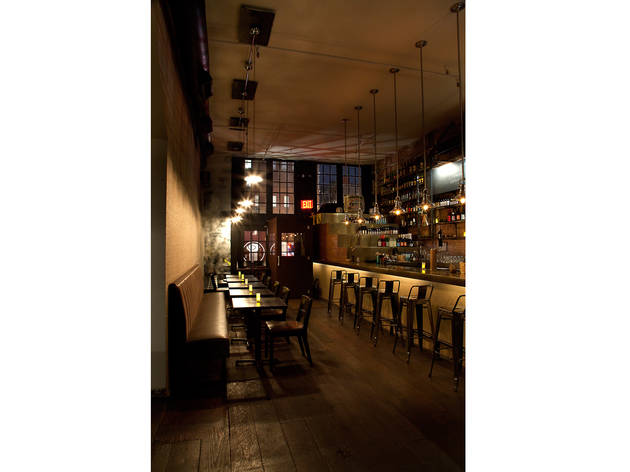 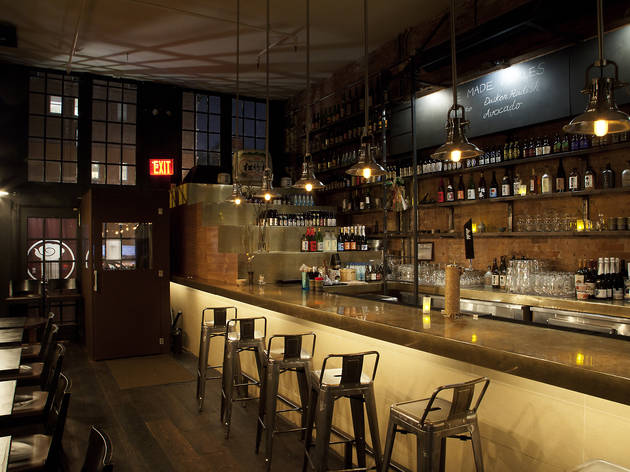 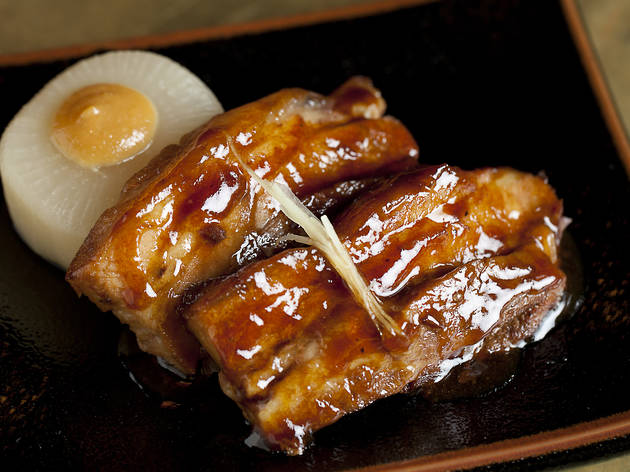 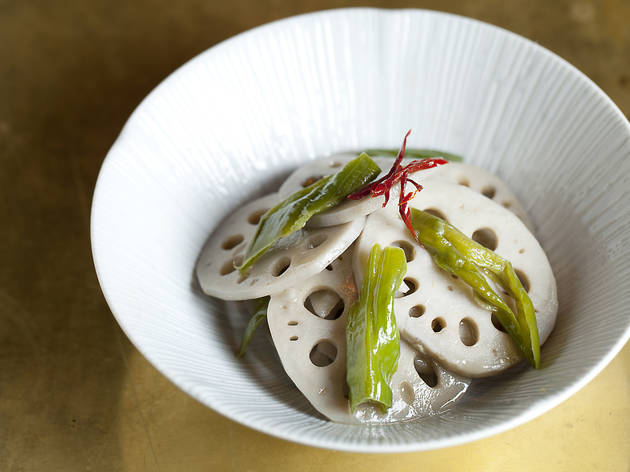 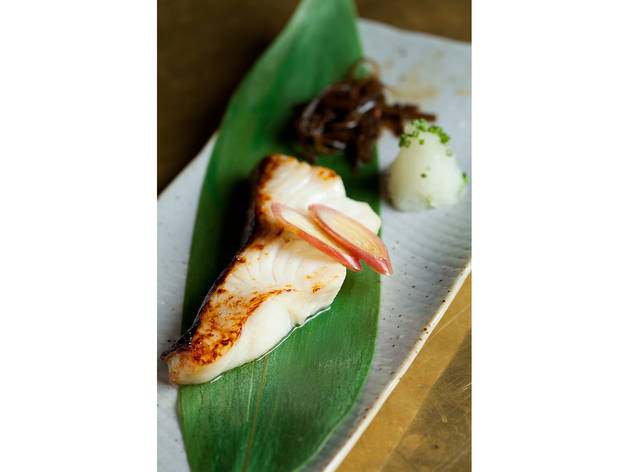 In this clamorous town—teeming with grinding subway cars, unceasing construction and horn-happy cabbies—owners Takahiro Okada (Decibel, EN Japanese Brasserie) and Jiro Yamada (Bar Veloce) have taken pains to carve out a corner of tranquility with sake bar Shigure. Its door hidden behind a banner depicting a dripping cloud—the bar’s name means “rain”— the minimalist spot offers a low-pitched reprieve, with soft lighting, a palette of earth tones and voices barely rising above a hushed din, even as the room fills to capacity.

ORDER THIS: To orient newbies and fill in holes for the well versed, the sake menu—organized by style and accompanied by colorful tasting notes—corresponds to a hand-painted wall map of Japan’s 47 prefectures. From the western Yamaguchi district, start with a glass of silky soft, crystalline Dassai ($14)—a daiginjo, the most refined category of sake, made from highly polished rice—which is reminiscent of ripe pear. For a more full-bodied sip, try the Seikyo ($9), a fruity, rich junmai (made only with rice, water and koji mold), hinting at green apple, from a southwestern province. Educated palates may be drawn to the thick, almost chewy texture of the superlative Hiroshima nigori (a cloudy, unfiltered sake), from leading artisanal brand Joto ($13).

GOOD FOR: An introduction to the field. Sake presents a number of hurdles for American tipplers—beyond the language barrier, a complex system ruled by rice-polishing ratios and dilution levels can confound the uninitiated. Shigure’s unrushed service and manageable selection of 40 bottles, stocked with small-batch, artisanal producers, means even if you come in flailing, you’re bound to hit upon something that suits your taste. But if rice wine just isn’t your (or your date’s) thing, skip the simplistic shochu cocktails and opt for one of the all-Japanese craft brews, such as the pleasantly bitter, IPA-like Echigo Red Ale ($10), brewed with citrusy Amarillo hops.

THE CLINCHER: Order a few of the izakaya-styled small plates before the hooch catches up with you—sake packs a surprising punch, with an average alcohol percentage of about 15 percent (wine usually clocks in around 12). Morsels of fried chicken ($8), marinated in shio-koji—an umami-rich mixture of fermented rice and salt—are as easy to toss back as popcorn. And simmered, soy-glazed pork belly ($9) melts on the tongue. Once you’ve had your fill, consider a nightcap of the cask-strength genshu sake—the joint may be mellow, but drinkers can still crank up the volume on the booze.—Christopher Ross