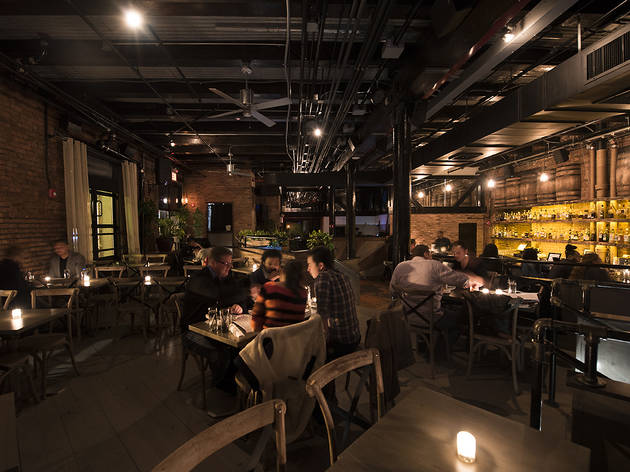 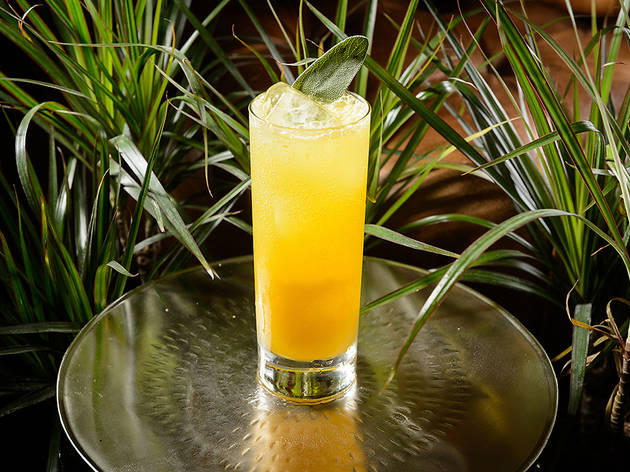 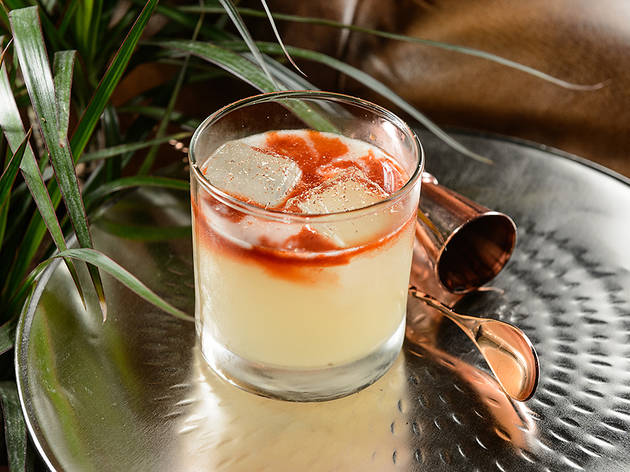 As New York drinkers have become more discerning, the city’s bars have responded in kind, catering to niche spirits inclinations with more narrowly focused menus—see agave-heavy bars like the Daisy and the vodkacentric menu at Sadelle’s. In a similar vein, this 5,000-square-foot West Harlem hall shines a spotlight on sugarcane-based spirits ranging from American and Caribbean rums to rhums agricoles (distilled from fresh cane juice, rather than molasses) and their Brazilian cousin, cachaça. Owner-barkeep Karl Franz Williams (67 Orange Street) and co-owner Julie Grunberger pour from about 100 bottles behind a wood-and-metal bar lined with vintage rum barrels. Even the bar’s name nods to its rum focus: An African slave named Venture Smith was purchased for four barrels of rum and years later bought freedom for himself and his two sons, Solomon and Cuff.

ORDER THIS: At only seven cocktails ($14 each), Williams’s menu is limited but solidly showcases both the diversity and versatility of the bar’s principal spirit. The Re-Fashioned is a play on the original, with Jamaica’s smooth-sipping Appleton Estate Reserve rum offset by bespoke spice bitters, while the humble dark and stormy is r=ecast with two rums—the traditional Gosling’s and a premium Bacardi 8—as well as a house ginger beer infused with turmeric and Scotch bonnet pepper. Rum and cachaça act as accents for fellow island flavors in drinks like the Telenovela, which rounds out bursts of mescal, passion fruit and lime with creamy Avuá Prata Cachaça.

GOOD FOR: A laid-back date night far away from the city’s hustle-and-bustle epicenter. Nestled beneath the landmark arches of the Manhattanville viaduct at 133rd Street, the room’s floor-to-ceiling windows offer glimpses of a sparkling Hudson River nearby. A loft-style platform of candlelit café tables, mood-set with a soulful set list of reggae and calypso love jams, is an apt setting for rum-soaked romancing.

THE CLINCHER: Soul-food chef Christopher Faulkner (Melba’s, Colors) taps into a spectrum of pan-Caribbean flavors for the food menu. A chipper server recommends a starter of steamy yucca fries ($8) dipped in a boisterous green-chili aioli, but seek out the more-for-less Coco Bread Sammies ($10 for chicken, $8 for cucumber-watercress) bookended by coconut-hinted West Indian bread. Mains, including an herb-stuffed porgy grilled with mango-butter emulsion ($27) and a fiery jerked Japanese eggplant with kabocha squash ($20), offer edible insights into the region’s culture-melding history. From plates to potables, this spot makes it easy to lose yourself in the West Indies—without setting foot beyond West Harlem.