The announcement of a new restaurant from a Top Chef alum is beginning to feel as clichéd as the latest album by an American Idol contender. Thus, one must feel sorry for Spitzer’s Corner, the first place to lose a reality-television chef, the hunky Sam Talbot, before it even opens. (He backed out of the venture after sparring with the brothers Shamlian, owners of Fat Baby and a forthcoming ’cue spot.) To compound matters, Talbot’s replacement, Le Bernadin vet Michael Cooperman, was gone within the first few weeks, leaving Spitzer’s with the only two things that should do well on the cred-obsessed LES: wood and beer.

The former comes in the guise of a rustic-chic interior, courtesy of design firm Asfour Guzy (Blue Hill at Stone Barns). The floors, walls and tables are fashioned from salvaged slats—many from (apropos) pickle barrels—turning Spitzer’s into a peculiar hybrid of a cutting board and a Swedish sauna. It’s about as comfortable, too, with backless seating (stools and benches) only a chiropractor could love. Fortunately, back pain, and the discomfort inflicted by sharing space at communal tables and the no-reservations policy, is dulled by the 40 microbrews on tap. Each is described in detail, and the list is balanced between cult favorites from the U.S. (Goose Island, Rogue) and Europe (Unibroue, Gouden).

Spitzer’s purports to be a gastropub, but the new consulting chef, L.A. transplant Nick Coe, has already overhauled the original menu, dumping somewhat intriguing items, like a pork belly BLT, for an unimpressive short list of safe dishes, such as a hickory-smoked burger and spaghetti with ricotta (April Bloomfield’s gnudi it’s not).

Despite the kitchen’s newfound simplicity, misfires abound, particularly with the smaller plates. Spitzer’s most touted item, a tin of chewy room-temperature popcorn cooked in pork fat, tastes perversely salty rather than fatty and luscious, and the dusting of powdered bacon on top reminded me of onion soup mix. Scraping flesh off the leaves of an undergrilled artichoke was like getting gum off your shoe, and the heart was coarse and fibrous.

Spitzer’s places a strong emphasis on shellfish, including tavern favorites like raw oysters and boiled shrimp (presented cleverly in a pint glass). Too bad our run-ins with the seafood were dreadful. Steamers we ordered were nearly submerged in scalding broth—we burned our fingers trying to snatch the clams, which ended up boiling in the liquid, rendering the meat rubbery and bland. An entrée of mussels in an Italian sausage-and-peppers sauce failed for the opposite reason: Most of the mollusks were dry upon arrival, and the thick sauce, which tasted like a San Gennaro street-fair score, did little to moisten them.

Other entrées fared better. Coe can seemingly handle the basic meat-and-spuds dishes—lean grilled skirt steak and a tasty brick of au gratin potatoes were layered with Ascutney, a Gruyère-like cow’s-milk cheese; a decent pan-roasted organic chicken was splayed over a savory potato puree loaded with butter and gravy. Just when things seemed to be going well, one of the simplest of dishes—grilled cheese—was screwed up. The sandwich was almost comically miserly: giant slabs of sourdough smothering maybe a thimble’s worth of cheese.

Too many other snafus suggest that the place still doesn’t have its act together: The bathroom was out of toilet paper, the waitstaff was disorganized (on one visit, it took a dining companion 30 minutes to get a beer), and early on a Saturday night, Spitzer’s had run out of one of its two dessert selections (the piping-hot doughnut spheres, incidentally, were the best part of the meal). Still, the crowds are packing in, owing in part to a real-estate truism—location, location, location. Sam Talbot, why have you forsaken us? 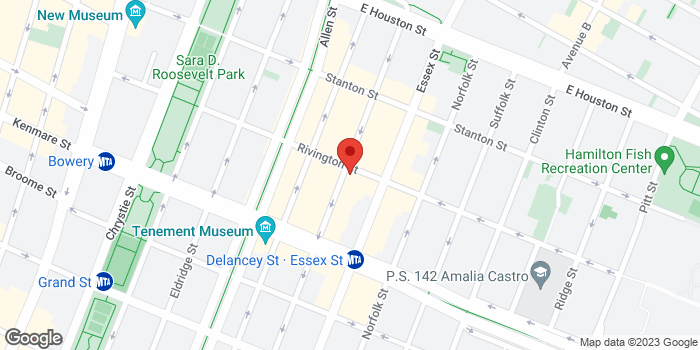