Bars, Cocktail bars Lower East Side
3 out of 5 stars 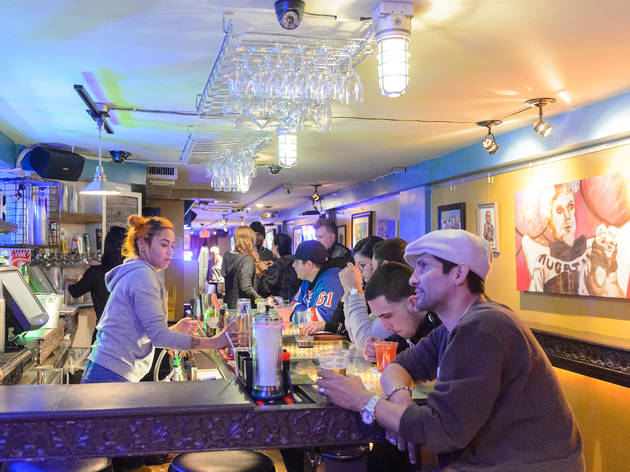 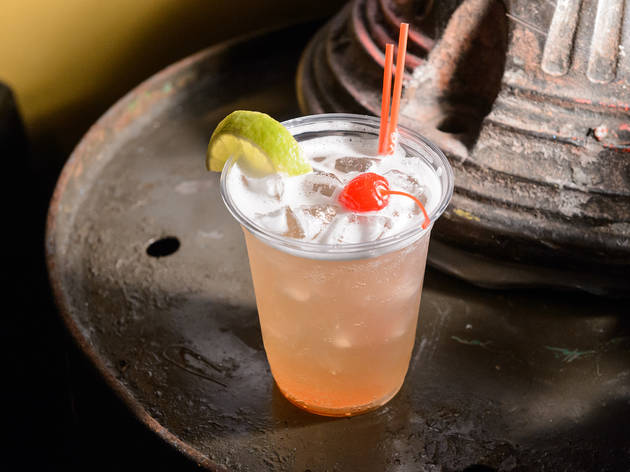 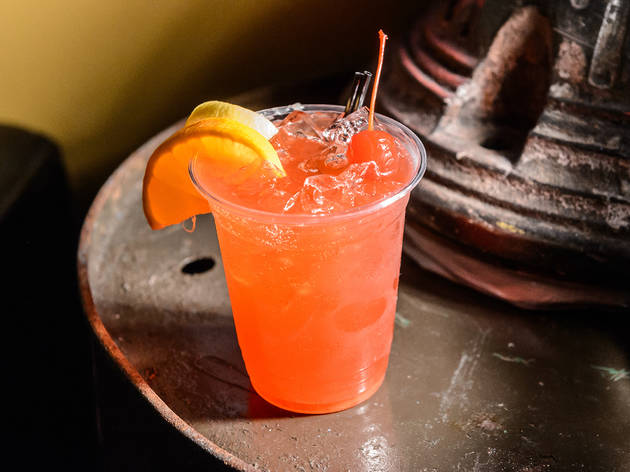 Hyperfocused theme bars are no new thing in New York—we have everything from midcentury hair salons (Beauty Bar) to vintage passenger vessels (the Ship)—but Stay Classy might just be the city’s first liquored-up shrine to a living, breathing star: in this case, comedy icon Will Ferrell. And while many of the actor’s memorable roles (speed demon Ricky Bobby, drumstick-stealing stepbrother Brennan Huff) are represented in both decor and drink, the dedicated dive mostly takes its spirit (and name) from boorish Anchorman protagonist Ron Burgundy—it’s less concerned with class and more taken with being delightfully crass.

ORDER THIS: Plastic-cup potables are named after classic one-liners and are cloying enough to satiate syrup-loving Buddy the Elf. Neon quaffs include the curaçao-fortified You’re My Boy Blue ($12), with Hendrick’s gin and sweet-and-sour syrup, and the bright-red A Whale’s Vagina ($12), sweetening vodka with orange juice, triple sec and a halved cherry. Self-respecting boozers should avoid the aptly named Milk Was a Bad Choice ($10)—vanilla Stoli, schnapps and milk (ew)—and instead seek out the I Piss Excellence ($14), a more balanced cup offsetting Bulleit bourbon with ginger beer and orange juice.

GOOD FOR: Ferrell fanatics (i.e. millennial-aged bros) looking to assemble with like-minded drinkers. The narrowly packed front bar requires some maneuvering to order shot combos—like the Did We Just Become Best Friends deal ($10), comprising one shot for now and one a buddy can redeem at a later date—but the space opens up on either end with ottomans and plush couches to settle into. Adding to the usual merriment, the watering hole plays host to Ferrell-themed events ranging from movie nights with free pizza to an upcoming Elf-inspired holiday costume party.

THE CLINCHER: Gimmicks clearly abound, but the bar’s no-fucks-given attitude is balanced by surprisingly thoughtful touches. You can program an eclectic soundtrack via a hanging jukebox—on a recent night, Blink 182’s “What’s My Age Again?” had both bartenders and bargoers singing along—and those with a case of the munchies can flag down a barkeep to call in delivery orders from nearby eateries like One More Thai and Atomic Wings. Star fever may power the bar, but Stay Classy’s laid-back, do-as-you-please vibe invites New York to stay chill.