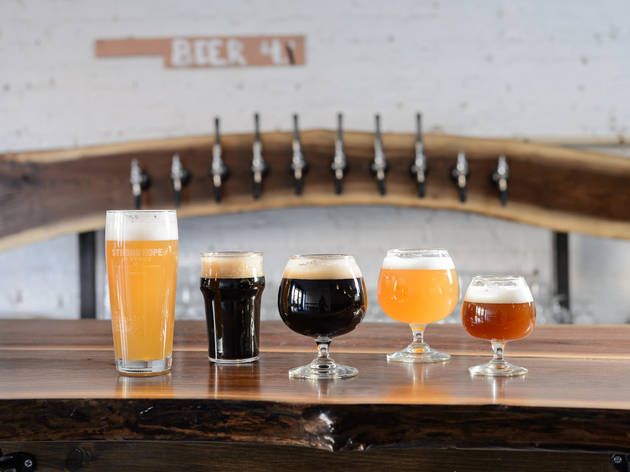 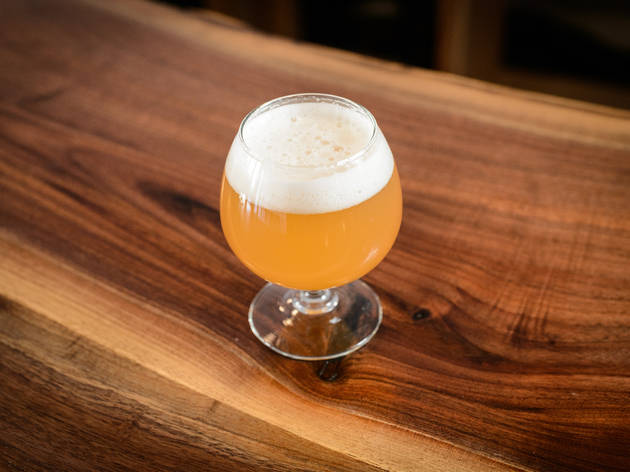 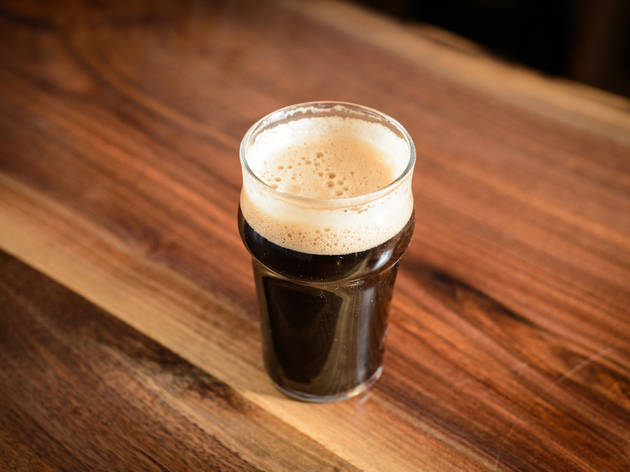 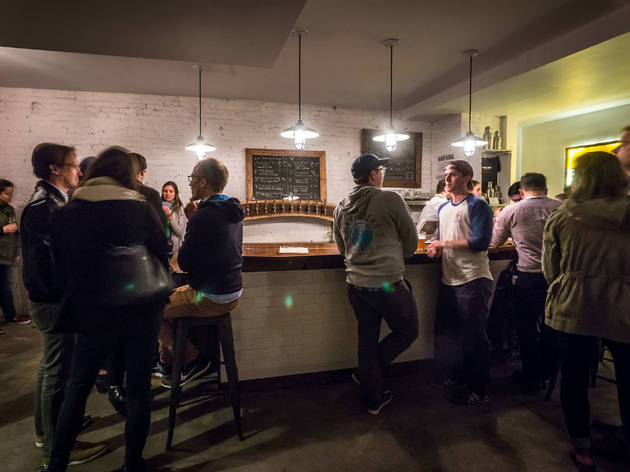 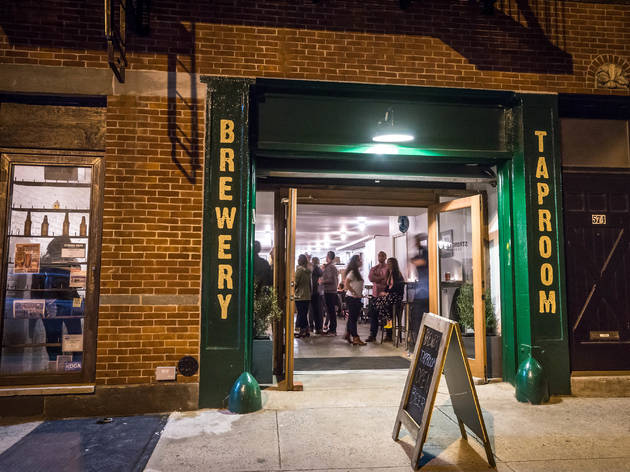 Brooklyn’s DIY culture has become something of a Portlandia-esque punch line, with the proliferation of amateur pickling workshops, guerrilla knitting collectives and “Taxidermy for Dummies” classes. The joke’s on us, though, when a hobbyist manages to translate that made-from-scratch moxie into a full-blown business, as is the case with Jason Sahler, the home brewer and 2011 Brooklyn Wort winner (an annual homebrew competition) turned brewery proprietor. Joining the ranks of the area’s burgeoning suds scene (Threes Brewing, Other Half Brewing, ever-moving gypsy brewers Grimm Ales), Strong Rope Brewery carves out a niche with a handful of earnestly crafted beers and an admirable mission.

ORDER THIS: A nuanced, locavore quaff. Ten taps dispense rotating seasonal pours ($5 to $8) that share one constant: All hops and 95 percent of malts are sourced from New York State farms—think of the offerings as the beer equivalent to a farm-to-table meal that lets its ingredients’ individual qualities shine. Darker options display impressive range, from the malt-forward and subtly char-infused brown ale Smoke Oat to the ultradry, almost savory Fat Man, Little Stout. On the lighter end, Falling Squirrel Project #8, the latest in the brewery’s series of single-hop, single-malt beers, has a citrusy kick balanced by a piney IPA backbone. The 10th tap is reserved for a rotating guest cider (“just to provide a gluten-free option,” a helpful bartender explained recently), like Queens-based Descendant Cider. Can’t decide what appeals to you most? Build your own flight with six-ounce tastes ($3 to $4 per taste) served in miniature snifters.

GOOD FOR: Brewhounds looking for a low-key alternative to a standard beer bar. The nabe’s not short on suds havens, but Strong Rope’s modest offerings and size make it feel more like a community gathering space than a partying destination. The whitewashed-brick space is mostly free of adornments, save for a gorgeously gnarled single-slab bar (salvaged from a black walnut tree felled by Superstorm Sandy) and a beer-themed stained-glass window (made by the owner’s mother-in-law). On a recent evening, a folk quartet plucked away near the front door; the bartender identified one of the musicians as an upstairs neighbor who had popped in for an impromptu jam session.

THE CLINCHER: Currently, Strong Rope’s brews aren’t widely available elsewhere—and it’s true they’re best experienced at the source, with the brewmasters themselves on hand to issue quality control. But for times when lingering isn’t an option, handsome stainless-steel growlers are available to go (32-ounce, $30; 64-ounce, $35; fills, $11 to $34). Whether you choose to bedazzle yours with shell art or put a bird on it is up to you.