Bars, Cocktail bars Lower East Side
Recommended
5 out of 5 stars 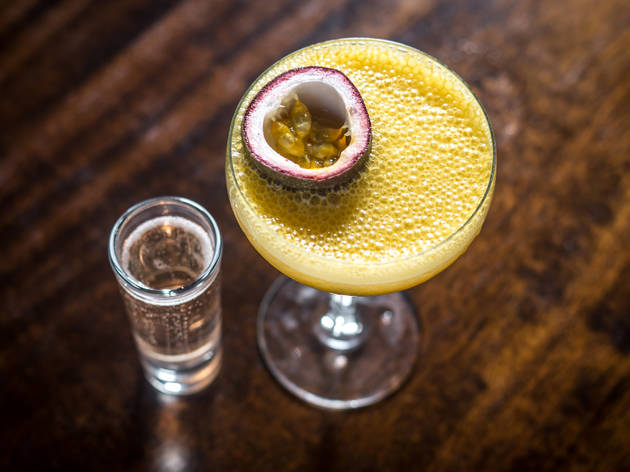 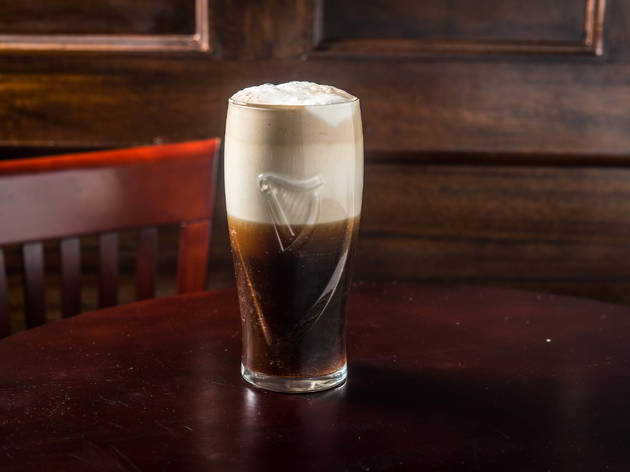 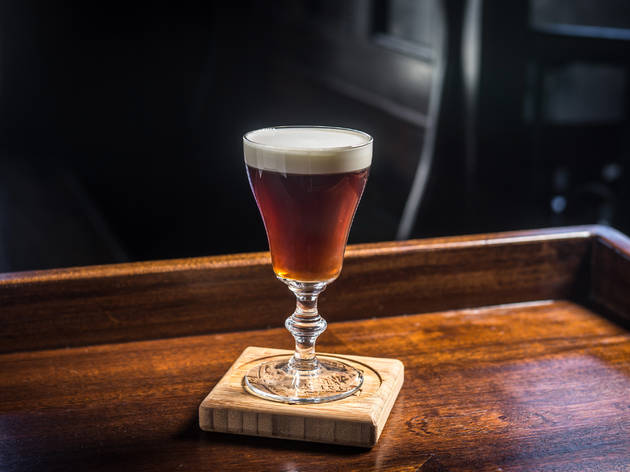 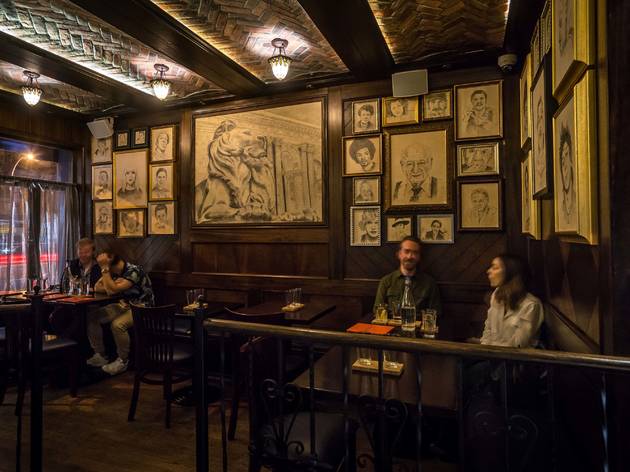 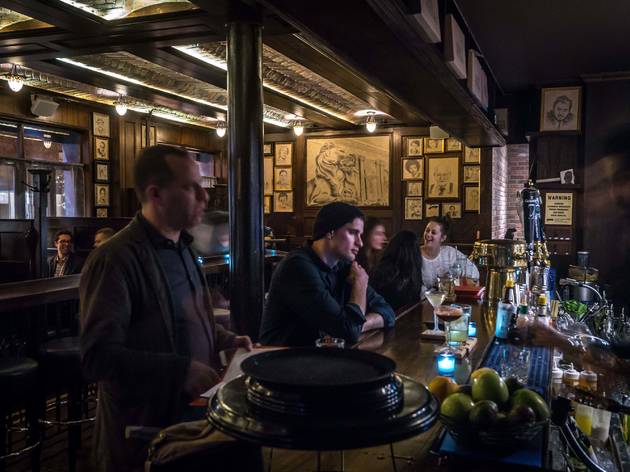 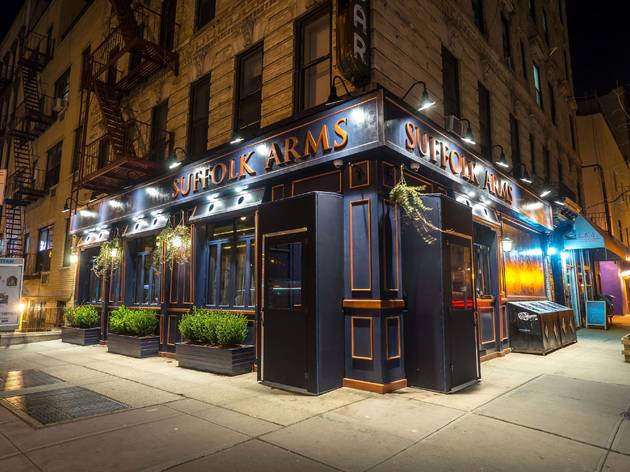 There’s hardly a name in New York’s bar scene more polarizing than Giuseppe González. The Bronx-born, Cornell-educated barman has worked behind the stick everywhere from Julie Reiner’s Flatiron Lounge to Audrey Saunders’s Pegu Club to his own short-lived PKNY, building up a rock-star notoriety and a no-fucks-given attitude along the way. With his sharp wit and sharper tongue, González has a straight-shooting M.O. that is, according to those who’ve worked with him, an acquired taste. It’s no surprise, then, that this long-anticipated, highly personal Lower East Side project, taking decor cues from humble English pubs (namely, Churchill Arms in London) and co-owned by former college classmate Ruben Rodriguez (Havana Café), aims to make cocktail culture more accessible than ever for the average drinker while simultaneously challenging industry norms through both drink and design.

ORDER THIS: Status-quo–defying cocktails—broken down into Originals ($14), Something Like Classics ($14) and vodka drinks ($13)—dispatched by the talkative González and his fine-tuned team of veterans, including head bartender Nick Wright (Milk & Honey London, the Dead Rabbit) and Karin Stanley (Dutch Kills, Little Branch). In the first section, find new González signatures like the Insta-baiting Tough Room, a black-and-white–hued float of dark, malty Guinness over a sweet whiskey-sour stout made with a blender-whipped egg white, and the Duke of Suffolk, a morning-tea twist fortifying Earl Grey and English breakfast brews, cream and sugar with brightly floral Hendrick’s Gin. The second section touts modern drinks that are on their way to classic status, like a Blackstrap Jungle Bird, riffing on the original by Jeffrey Morgenthaler of Pépé le Moko in Portland, Oregon, with licoricey Black Strap rum in place of the usual dark Jamaican. The final, vodka-based list is González’s defiant statement, which flies in the face of longtime industry enmity toward the clear spirit, offering drinks by bar greats including Douglas Ankrah’s Porn Star (passion fruit, champagne).

THE CLINCHER: Suffolk Arms serves not only as González’s booze-shaking magnum opus; it’s also a love letter to his native New York. Although trimmed ostensibly like an English pub, the bar’s mascots, displayed on the logo and menu, are the New York Public Library’s twin stone lions, Patience and Fortitude. Walls and pages are adorned with artist Mandilla Blouin’s hand-sketched portraits of 83 Gotham notables ranging from former Mayor Ed Koch to activist Jane Jacobs and rapper Jam Master Jay. Music likewise nods to the city, specifically González’s childhood in the Bronx, with an eclectic mix of ’80s hip-hop, soul and punk curated by the barman. González’s involved and unapologetic approach to bartending is a thing to behold—one that guarantees guests a quality drink every time.