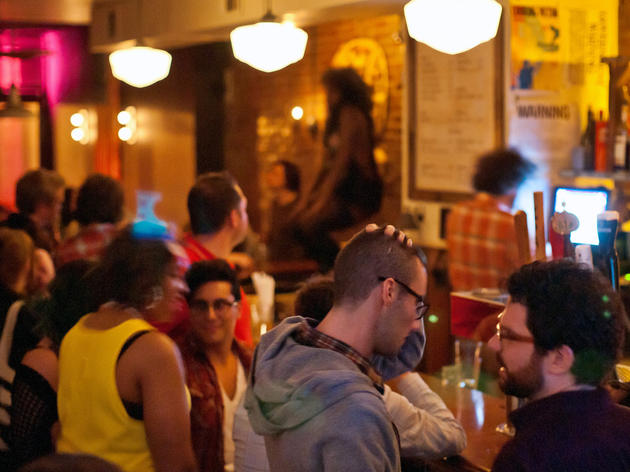 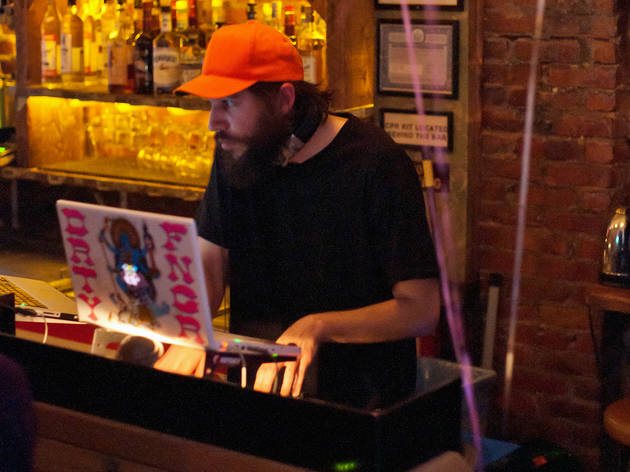 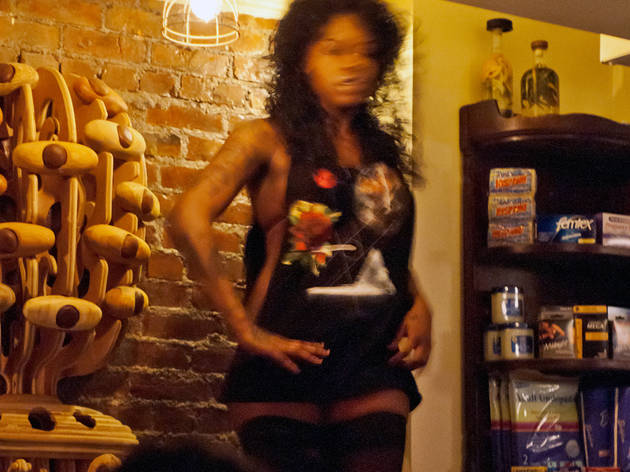 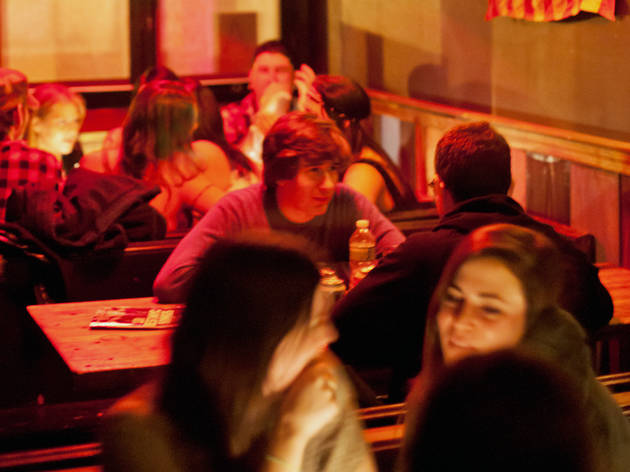 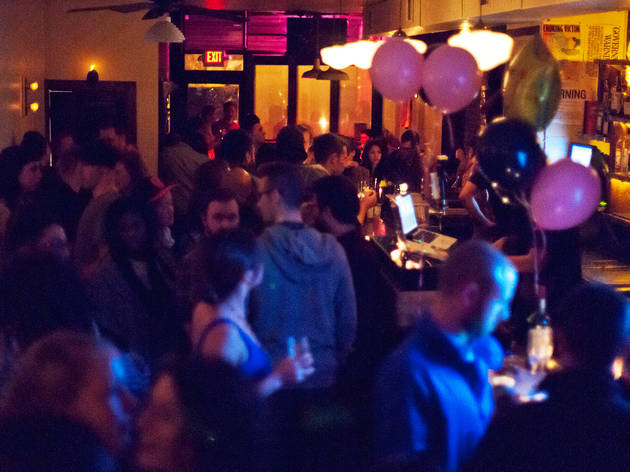 The New York dive bar is an institution in flux. While the old, scum-encrusted stalwarts like Mars Bar fade away, newcomers to the genre often come off as self-conscious replicas of their predecessors, trying their damnedest to appear gritty in parts of town that, for better or worse, just aren’t that gritty anymore. What’s great about Tender Trap—a drinkery from nightlife vet Ryan Virag (APT, Santos Party House) and BMX pro Darryl Nau—is that it doesn’t try to be a bar for the Bowery in the ’90s. Instead, it’s a no-frills spot that makes sense in present-day Williamsburg—a “classy dive” rejiggered for an era when it’s IPAs, not intravenous drugs, that keep the kids going. The place looks like a skater’s crash pad after his parents came by to clean up, neatly arranging his magazines (including the porn) and video collection (Ghostbusters on VHS, a Metallica live box set). But the various refinements—graffiti-free walls, French-press coffee—don’t stop the Trap from embodying the spirit of a good dive.

DRINK THIS: The beer-and-shot combo, that trusty dive standby, is alive and well here. Pony up six bucks for a can of Genesee and a well whiskey shot, which in this case might mean Old Overholt rye or Evan Williams. The rest of the drink offerings don’t venture too far off the party-fuel track, but they’re slightly upgraded for the evolved Williamsburg palate: Dark rum is mixed with house-made ginger soda in the Ginger Lynn ($8), and the Clams Casino (beer and tomato juice) is kicked up with spicy pickles ($6). Finally, a few solid draft brews (Kelso Pale Ale, Anchor Steam) ensure that beer snobs don’t have to slum it.

GOOD FOR: BMX crews, DJ groupies and people who love to dance but hate clubs. The bar is located near the Monument, a skate spot at the base of the Williamsburg Bridge, drawing in the type of riders you might see on the bike videos that play here on a flatscreen TV. Groups can spread out in big wooden booths in the front, but things tend to get boisterous and sweaty in the back once the dance-friendly jams start pumping.

THE CLINCHER: While it may not be as arty or garishly lit, Tender Trap reminds us a bit of a new-school incarnation of Max Fish, the legendary (and notoriously skater friendly) Lower East Side watering hole. The cross-pollination of scenes and come-as-you-are vibe make it seem like a convivial house party, with a mischievous wild streak that can easily seduce you into staying into the wee hours. During our last visit, we were barely an hour in before a bartender was throwing back shots with us and a tattooed babe, stripped down to a bra and boy shorts, was go-go dancing on the bar. An eclectic rotation of DJs—spinning everything from Prince mash-ups to Scandinavian grindcore—adds to the inclusive appeal.