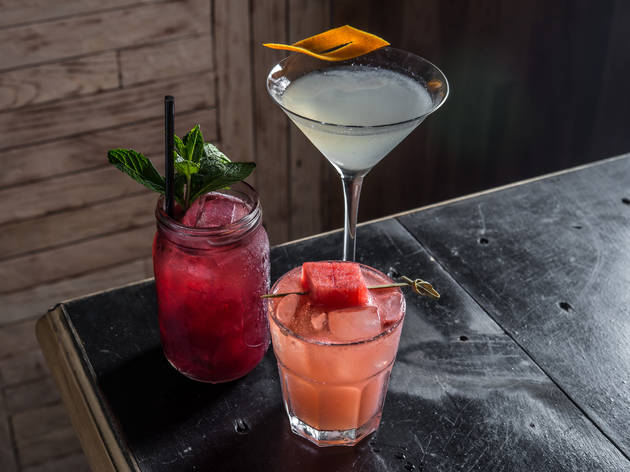 1/5
Paul WagtouiczCocktails at The Black Rose 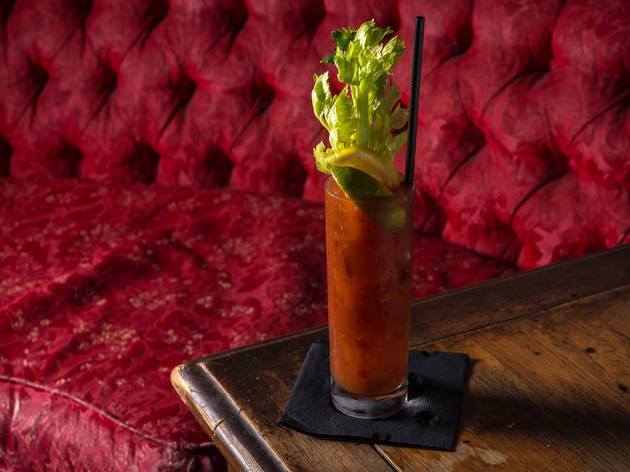 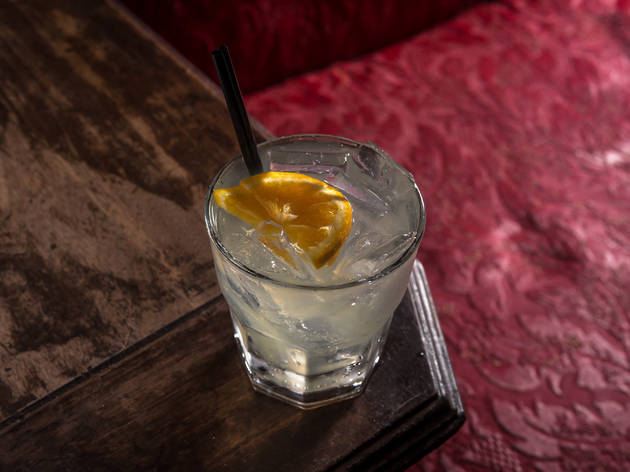 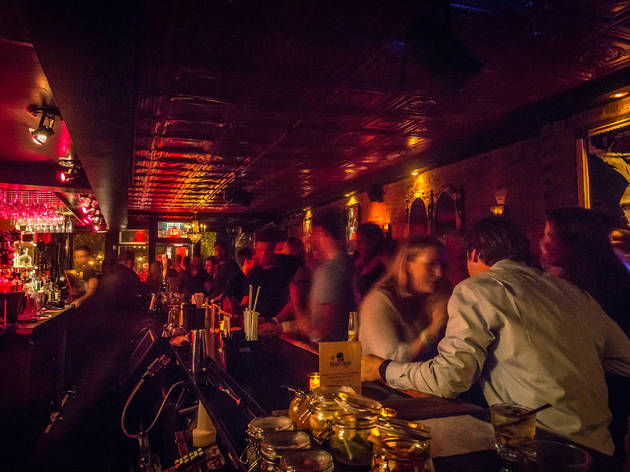 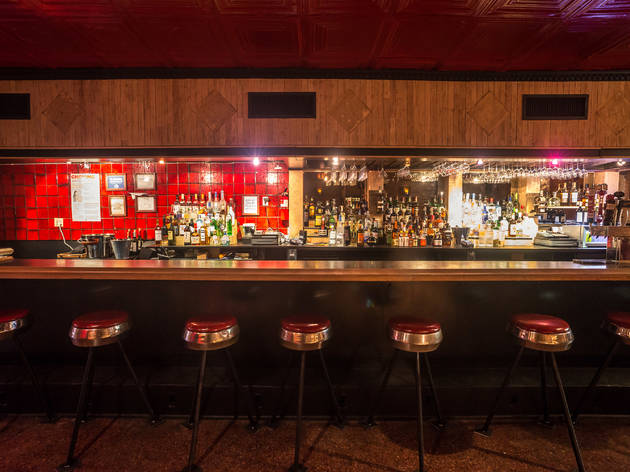 On any given night, the entire block might be treated to the roaring soundtrack of this no-frills rocker bar from brothers Joe Daniele and Robert Payne. Salvaged from the space’s former tenant, Odessa, decorative trimmings in black (onyx-painted tiles) and rose (crimson banquettes, tin ceilings) serve as a fittingly weathered canvas for vintage posters of rock royalty—Morrison, Joplin, Hendrix—whose music inspires the menu as much as the playlist.

ORDER THIS: The cocktail list is limited, with only five quaffs ($12), but does a decent job catering to multiple spirits inclinations while paying homage to legendary tunes. Gin drinkers can get their daily dose of juniper with the Tanqueray-charged, Pink Floyd–inspired Comfortably Numb (Cointreau, lemon), while the mescal-minded can opt for a meaty Hells Bells, which uses lime and celery juices to cool the smoky agave elixir. For a sweeter cup, the obligatory nod to Bob Dylan comes in the form of the Singani-based Rock Me Mama, an easy sipper soothed with fresh watermelon.

GOOD FOR: Getting your rock—or Rihanna—on. While history gets its share of the limelight in the century-old space (church doors rejiggered as window shutters, preserved exposed-brick walls), modern concessions appease present-day locals. On weekend nights, electric guitar gives way, often jarringly, to live DJs like Lou Vega spinning both vinyl and Top 40 under a disco ball in the backroom. Acoustic nights bring yet another genre to the fold, with unplugged outfits like country-rock songstress Heidi Merrill taking a turn onstage.

THE CLINCHER: Burlesque shows—curated by Raquel Reed and hosted by scantily clad magic man Albert Cadabra—pack the house with an ever-changing lineup of local pinup ladies (Nikki Delmonico, Apathy Angel) and bendy contortionists on the first and third Wednesdays of every month. With its eclectic bag of tricks, the Black Rose is not the rock & roll replica that rigid old-timers yearn for, but it’s a grungy Village dive for a new New York.