Bars, Beer bars The Bronx
Recommended
3 out of 5 stars 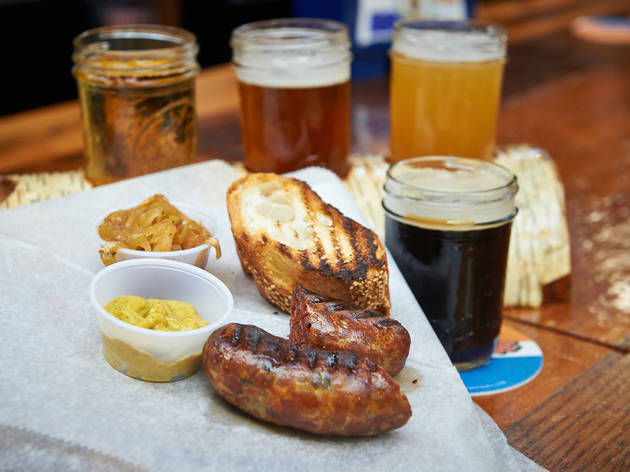 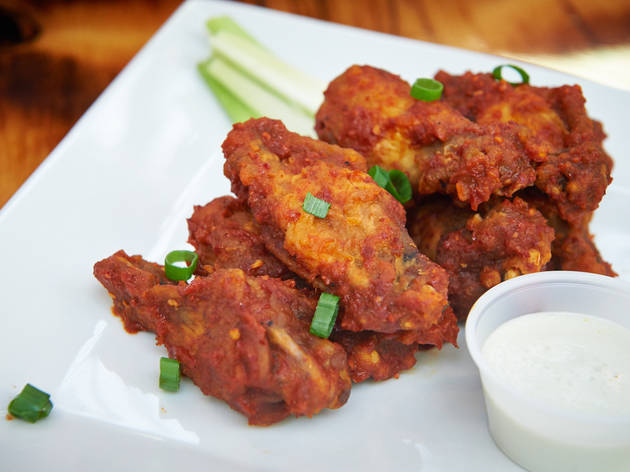 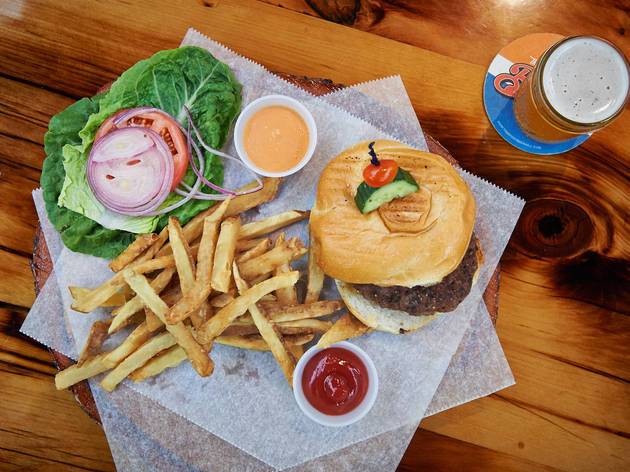 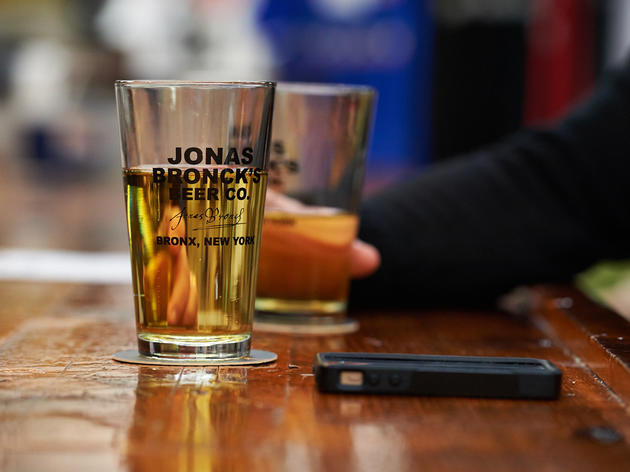 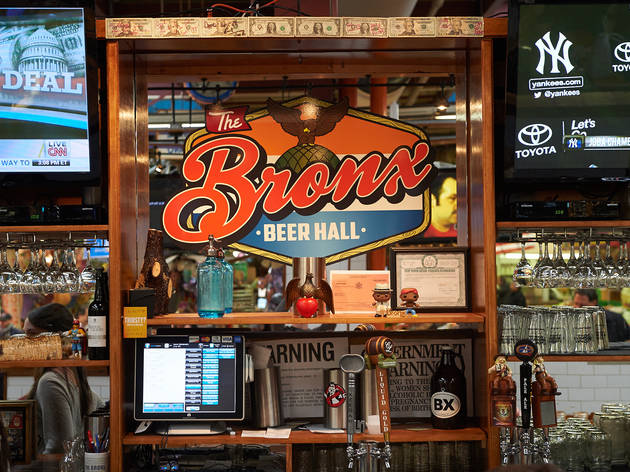 Located deep in the Bronx’s historic Little Italy—where red sauce runs as thick as blood (Robert De Niro discovered Joe Pesci here)—is the best indoor bazaar that most New Yorkers have never heard of: the Arthur Avenue Retail Market. A product of the city’s initiative to get pushcart peddlers off the street in 1940, the bustling market of 20-odd vendors has sold sausage links, cigars, flowers and fruit to locals for decades. Last month, neighborhood-bred brothers Anthony and Paul Ramirez shook the dust off the tradition-bound institution and opened a fresh-faced beer bar, whose on-trend offerings (cider, half-pints, canned craft beers) and handsome, modern digs (salvaged-wood counters, white-tile walls) have provided a jolt of youthful energy to this uptown fixture.

ORDER THIS: Five taps pour a rotating selection of all-local brews (of course), including two from nearby Jonas Bronck’s Beer Co.: an earthy, dry Big Apple cider ($6) and a crisp, mildly spiced Woodlawn Weiss ($6). For a richer sip, the creaminess of the Keegan’s Mother Milk Stout ($6) from the Hudson River Valley conceals a coffeelike bitterness. Alongside the drafts, David Greco—also owner of the market’s beloved Mike’s Deli, where he worked as a boy under his father—oversees an extensive menu stocked with vendor goods. A thick, meaty beef-liver sausage ($7) comes with mix-and-match sides, like tender shredded cabbage; a sirloin-and–filet mignon burger ($12) arrives inside a crusty, flaky bun on a birch wood platter; and moist buffalo wings ($9) are slicked with a spicy glaze.

GOOD FOR: An outer-borough adventure with a taste of the past. Brooklyn and Manhattan may have gastropubs and craft beer to burn, but there’s little else in the city that approximates the feel of this tiny watering hole set in a legendary community commons. After daylight, when the rest of the market shuts down, the spot feels like a backroom secret shared among locals. With strangers chatting one another up at the bar and the Ramirez brothers shouting out regulars’ names as they saunter in, the air of neighborly camaraderie is unmistakable.

THE CLINCHER: The siblings also own Mainland Media, a company specializing in Bronx-related paraphernalia, which you can buy at the bar. Bring home some Boogie Down gear with a T-shirt ($25) emblazoned with THE SOUTH BRONX; postcards ($1) of the area’s neighborhoods; and beer coasters (free!) colored orange, blue and white, in the fashion of the borough’s coat of arms. It’s about time the lesser-loved borough got a chest-thumping boost—let’s hope this sudsy upstart is just the beginning.