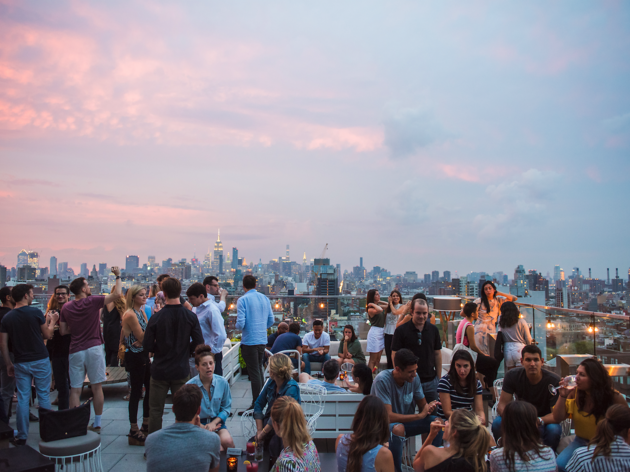 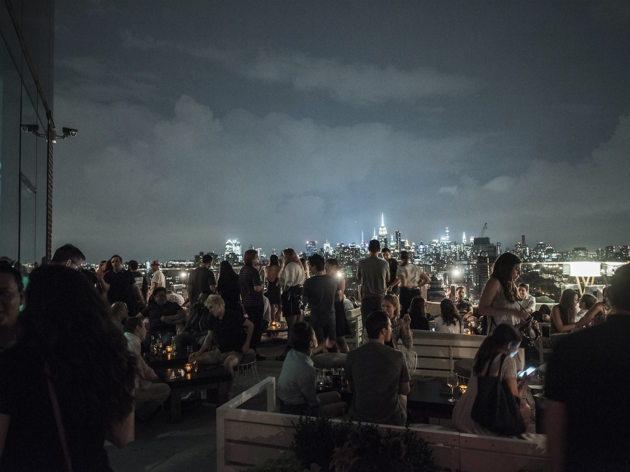 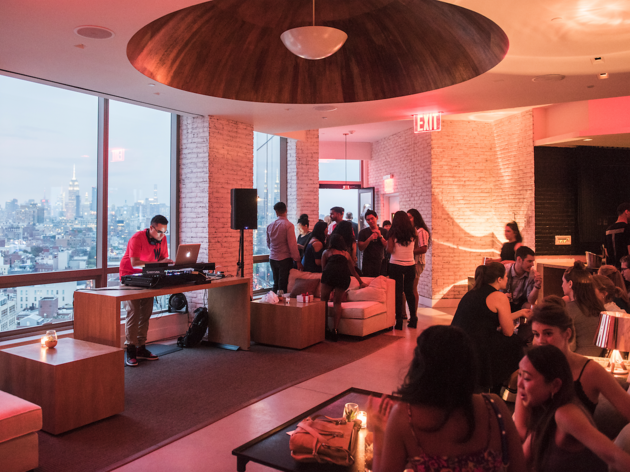 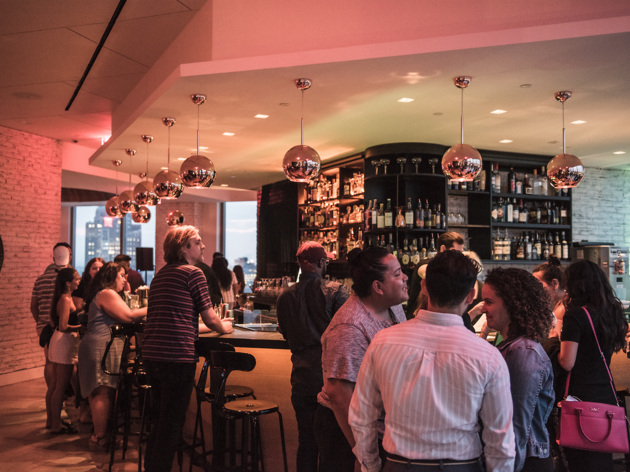 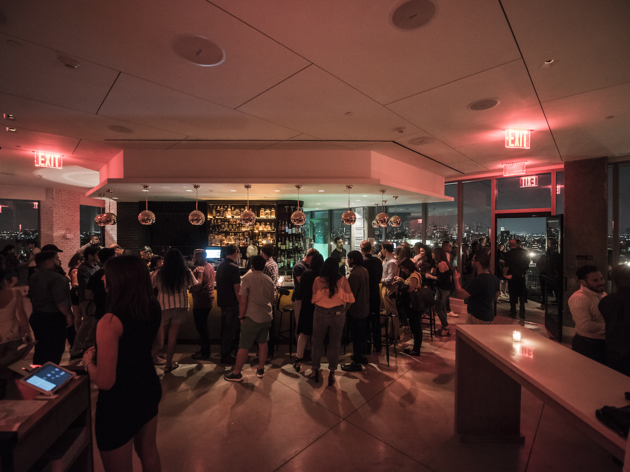 “We made these special just for you,” the smooth-talking bartender said to a group of five young women congregated around the bar on a recent Thursday night. He pushed five gratis, watermelon-topped cocktails toward them. Hold on, don’t roll your eyes just yet. Although a borderline-clubby atmosphere pervades the Dale Talde rooftop bar in Chinatown, its vibe leans suprisingly convivial. There are bouncers but they are approachable; there is a DJ, but he spins head-bobbing hip-hop instead of esoteric beats; there are watery drinks but they look delicious. On a recent night on the main balcony, groups of twentysomething friends, coworkers and a few particularly amorous couples lounged on the scores of pastel couches, chatting and snapping photos of the sweeping views of lower Manhattan. Most NYC rooftop bars are notoriously icky, but while the Crown exudes its share of pomposity (especially on weekends), its welcoming demeanor and soaring bird’s-eye view makes it worth the hype.

ORDER THIS: The Asian-influenced cocktails ($16) look beautiful. Full stop. The mythically named, vodka-based Black Dragon Tea just tastes like…tea, as it was mixed with oolong and green varieties and citrusy calamondin juice. The Dragon Fruit Sangria is similar in blandness to its scaly cousin; the ruby-red concoction tastes like diluted guava syrup, mixed with a lackluster fruity blend (nectarine and grapefruit juices, to be exact) that masks the bite of white wine and rum. The Crown Manhattan takes the throne for the best drink we tried, with a strong and spicy whiskey taste from the Rittenhouse rye, sweet vermouth, Szechuan tincture and bitters.

GOOD FOR: A birthday party with a nebulous number of guests. Chad always flakes, Becky is running late, and David is bringing two out-of-town friends­—so setting up your party at the Crown is ideal for flexible revelry. Aside from its central downtown location, the hip palatial space has two outdoor balconies plus indoor rooms with a DJ, floor-to-ceiling windows and plenty of corner couches to play catch-up.

THE CLINCHER: Speaking of the views, while most rooftops have decent skyline vistas, this 21st-floor perch has one of the best in the city. On the main balcony, soak in a seemingly endless stretch of downtown low-rises that give way to the skyscrapers of midtown and Fidi. The eastern side boasts atypical views of the regal-looking Manhattan Bridge Arch and Colonnade. The Crown has a little something for everyone, and sometimes, that’s enough.