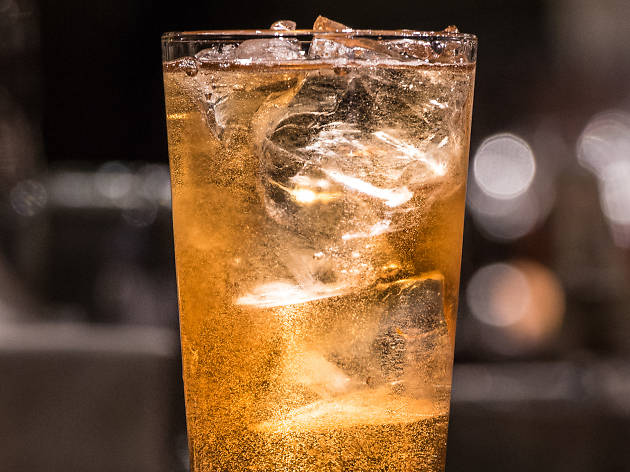 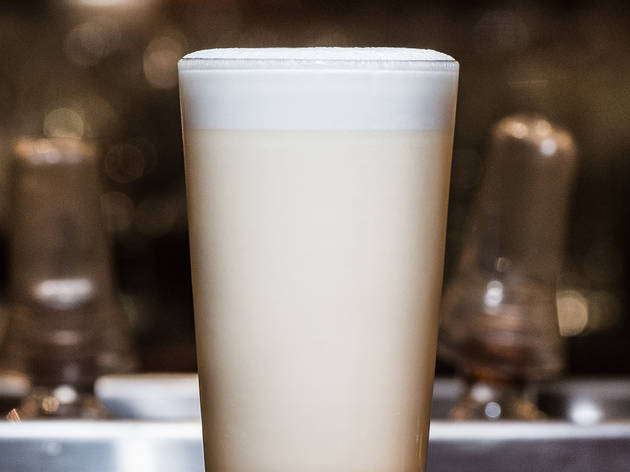 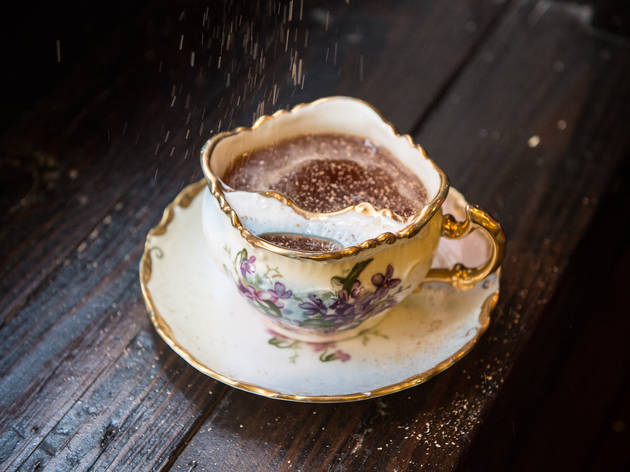 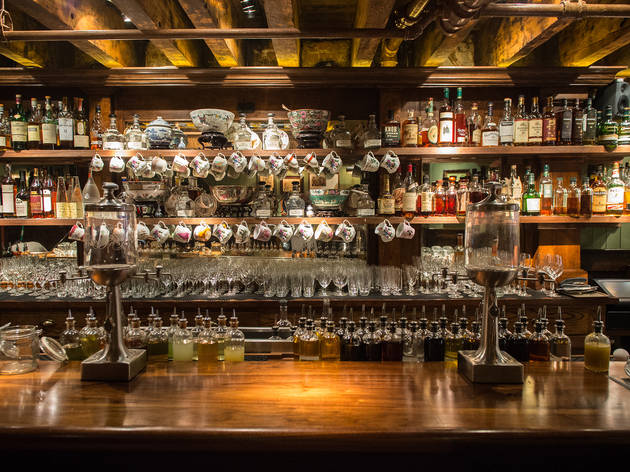 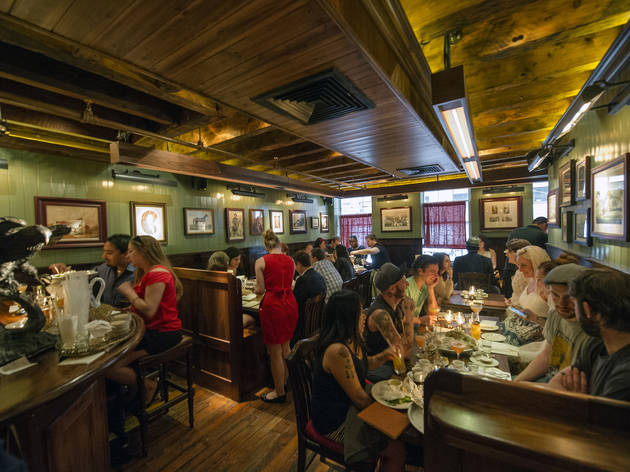 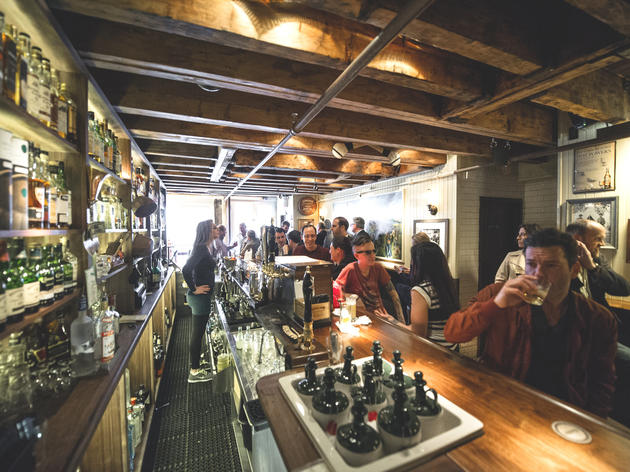 At this time-capsule FiDi nook, you can drink like a boss—Boss Tweed, that is. In a redbrick landmark, Belfast bar vets Sean Muldoon and Jack McGarry (of Northern Ireland’s acclaimed Merchant Hotel) have conjured up a rough-and-tumble 19th-century tavern. And it’s just the kind of saloon that the bare-knuckle Five Points gang the joint’s named after (its emblem was a dead rabbit impaled on a spike) would have frequented.

DRINK THIS: Resurrecting long-forgotten quaffs is nothing new in Gotham, but the Dead Rabbit’s sheer breadth of throwback libations eclipses the competition. Spanning 100-some-odd bishops, fixes, nogs and smashes, the bar squarely hits many of these mid-1800s hallmarks. The Byrrh Wine Daisy ($14), era-appropriate in its china teacup with mustache guard, is particularly well wrought: Puckery rhubarb soda, raspberry eau-de-vie and fresh citrus amp up the fruit-forward Byrrh, while bitter Amaro CiaCiaro and piney angelica tinctures squelch any overt sweetness. Some drinks are less successful in their reincarnations (the Tween Deck is a flat mix of Jamaican rum, Sixpoint cask-conditioned ale, lime sherbet and allspice), but the whopping list holds plenty of sure-footed sips alongside the missteps.

GOOD FOR: A working-class drink—though that working class is now buttoned-down bankers instead of roughneck Irish dockhands. McGarry and Muldoon liberate the cocktail from its blue-blood trappings. The snug, sawdust-strewn first floor is made for pints and whiskey slugs. But the handsome upstairs parlor focuses on potables previously relegated to the upper crust, as neighborhood number-crunchers park themselves on the masculine leather barstools for contrastingly dainty sips.

THE CLINCHER: Looking like something plucked off a cobwebbed library shelf, the bound menu showcases an almost archaeological attention to detail: The origin of each cocktail is dutifully footnoted under its drink name (e.g., the Lawn Sleeves Bishop dates back to Richard Cook’s 1835 guide, Oxford Night Caps). The tome’s pages are filled with maps of the old Financial District, 19th-century illustrations and an essay from author Peter Quinn on the Dead Rabbits gang. It’s a history lesson, but better—you’ve got a serious buzz going.