Bars, American Lower East Side
Recommended
4 out of 5 stars 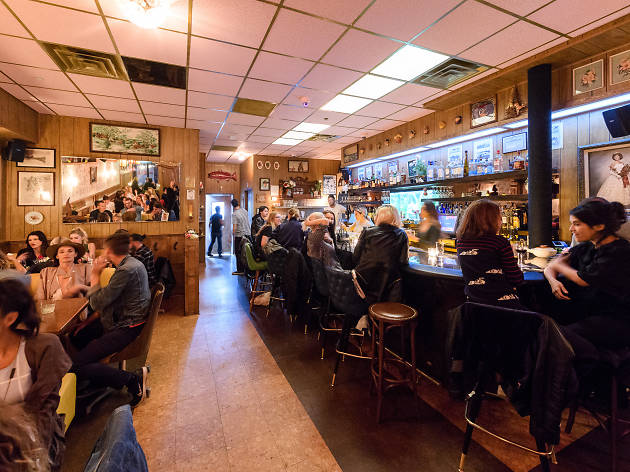 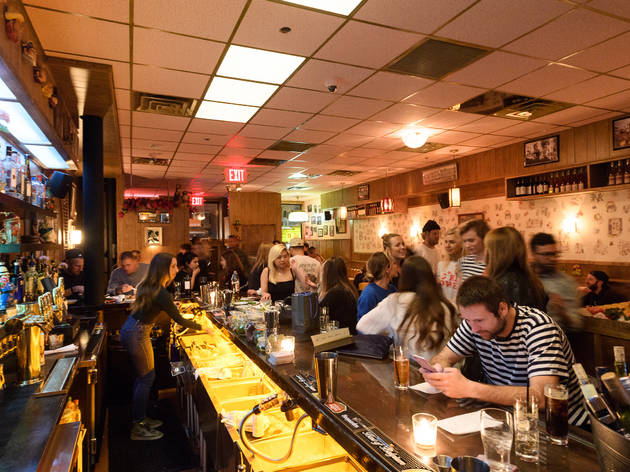 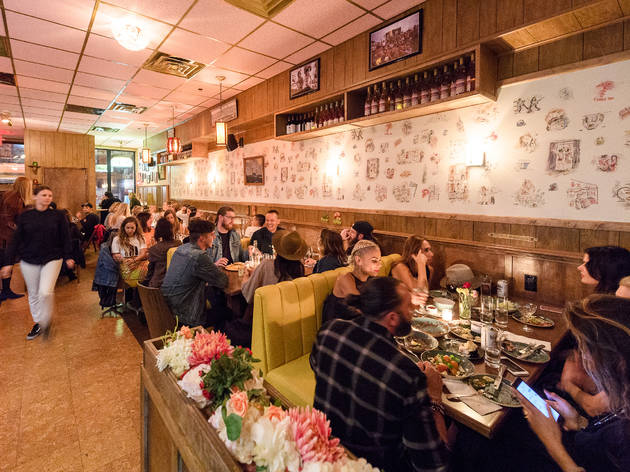 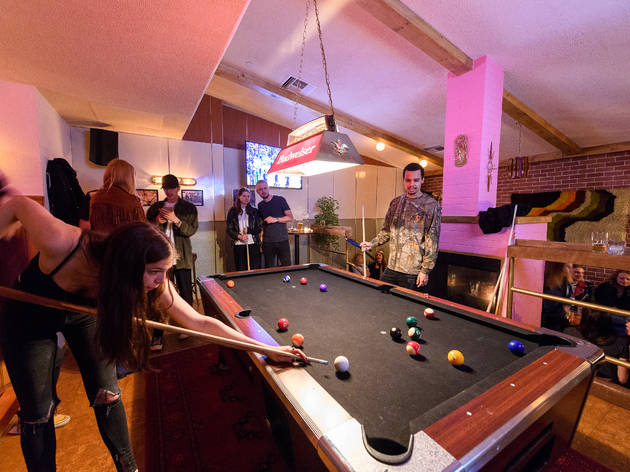 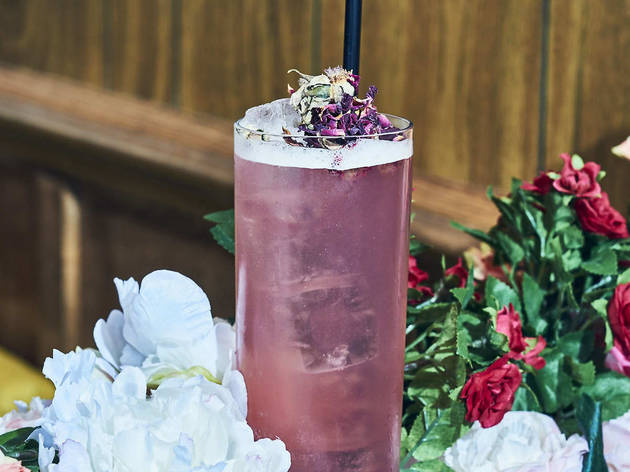 Other bars may have the look of a 1970s house party, but the Flower Shop actually seems like one. From co-owners Dylan Hales (the Randolph), Ronnie Flynn (Up & Down), William Tisch and Dave Turner (Major Food Group), the Lower East Side boîte is a bi-level scene. On the top floor is a restaurant with bright-yellow booths, wood-paneled walls and a fish tank behind the bar. But while the grown-ups dine upstairs, you’ll want to sneak down to the basement, where the kids play. And by “kids,” we mean twenty- and thirtysomethings decked out in leather bell-bottoms, black-and-white checkered pants, aluminum-silver collars and leopard jackets. That retro-cool crowd—drinking beer, playing pool and gossiping about their friend’s fifth rehab visit among the space’s vintage photographs, floral upholstery and bubblegum-pink fireplace—brings the theme to life. When you leave, you’ll feel tempted to double-check your iCal and make sure it’s still 2017.

ORDER THIS: You won’t find ’70s-specific throwbacks like Harvey Wallbangers and Tequila Sunrises on the cocktail menu. Instead the straightforward, eight-drink list hones in on classics with a slight twist. A vodka martini gets a mocha makeover with cold-brew coffee and coffee liqueur ($14); the margarita, named Spanky’s Margarita after the colorful bartender Spanky Van Dyke, is a jolt to the senses with blanco tequila and muddled jalapeños ($13); and a gimlet is refreshing and crisp with Beefeater gin, cucumber and lime juices ($13).

GOOD FOR: Impressing that out-of-towner who initially wanted to go out in Brooklyn. The nostalgic, flea-market–sourced decor is a feast for hipster eyes, and the downtown locale means your friend can still ogle arty, attractive bargoers west of the East River. Plus, if said friend’s Bolt Bus arrives an hour late and they’re starved, there’s a food menu in the bar area from chef-owner Michael Hamilton that offers a superb fried chicken with curry dipping sauce ($21), crispy french fries ($6) and two sizable salads (marinated beets, $13; arugula-avocado, $15).

THE CLINCHER: You wouldn’t know it by the crowd (and the line outside), but the downtown bar is emphatically not a club. On a recent night, Van Dyke revealed that since people often ask for bottle service, the bar created the gently trolling “Bucket of Bottles,” which includes 20 ounce-and-a-half liquor bottles with a few chasers for $350. When asked if patrons get a table with that purchase, he replied, “Maybe—if they’re nice.”