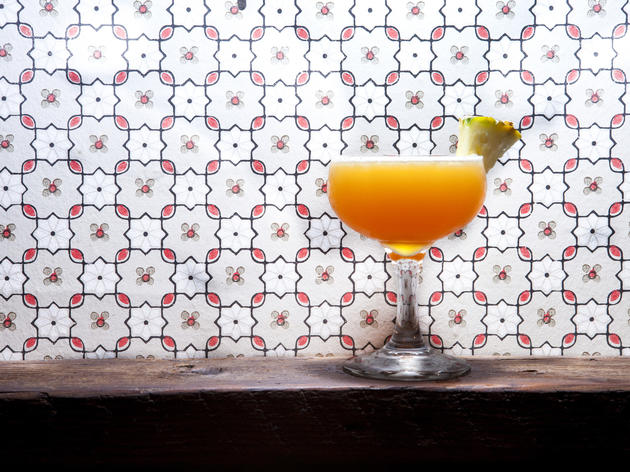 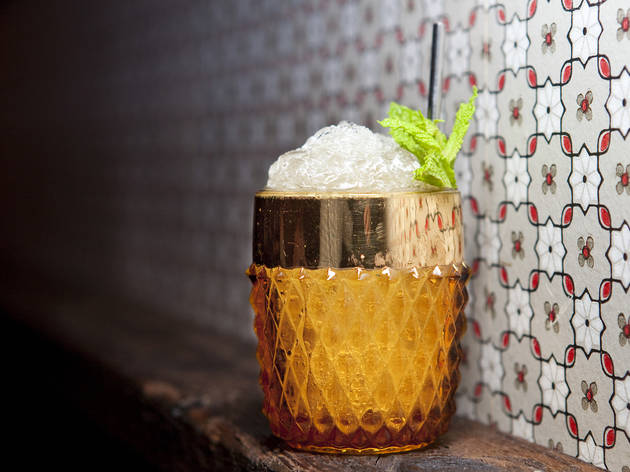 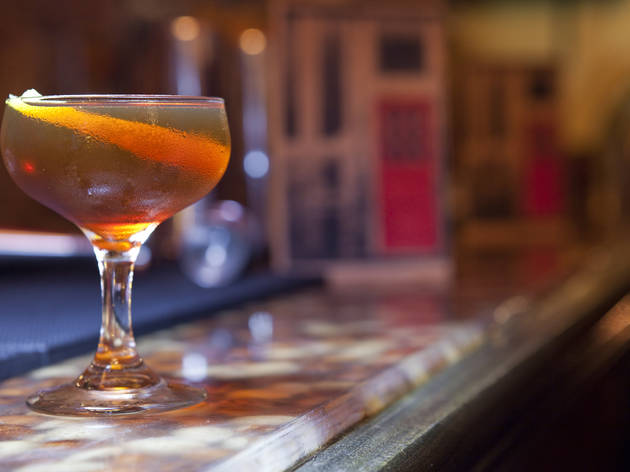 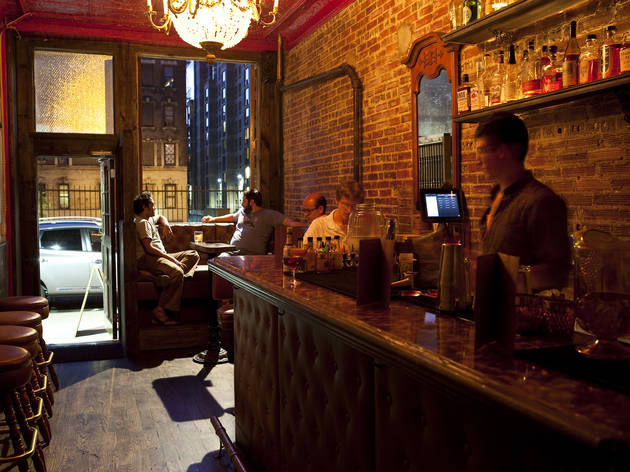 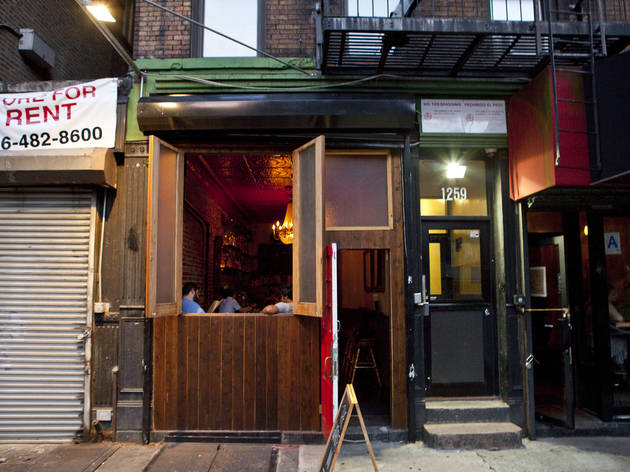 Cocktail enthusiasts haven’t had much use for the 6 train above 42nd Street. The Upper East Side, so rich in greenery and regal townhouses, is comparatively wanting when it comes to nightlife. But the Guthrie Inn—joining Earl’s Beer and Cheese and ABV—is the latest in a series of hipster-baiting bars colonizing the upper reaches of the UES. Owner Adam Clark, who also has a hand in Earl’s next door, has squeezed this bar into a lean, wooden hallway of a space. The pressed-tin ceiling, shelves stacked with amari and exposed-brick walls may bring to mind a snobby speakeasy, but the place mostly maintains the shabby, warm comfort of a neighborhood bar—the kind of place you could roll into on a Tuesday night and throw back a martini while wearing a T-shirt and shorts.

DRINK THIS: The menu—from Amor y Amargo’s Christopher Elford—is composed of classics ($10) and house originals ($12), with the latter category further divided into “Shaken & Refreshing” drinks and “Stirred & Boozy” ones. But even these creations don’t stray far from the classic formulas, with pleasing and familiar results. The stiffness of the Jackson Ward, a Manhattan variation made with Old Grand Dad 100 Proof bourbon, is leavened with herbaceous and bitter Nardini amaro and Punt e Mes vermouth. The Expat might lure sweet-seekers with its promise of pineapple juice and blended rum, but it’s a tropical drink for grown-ups, with herbal Ramazzotti tempering the sugar. The Guthrie Julep, served in a gleaming, copper-banded cup, subs in a spiced rum for the traditional overproof whiskey, but maintains the depth of the Southern original.

GOOD FOR: A drink at dusk. The bar offers a shadowy respite from the summer sun, illuminated by a single, elegant chandelier and cooled by a breeze wafting in through the open door. With a cold drink in hand and Dylan baying on the speakers, the effect is restorative after a day in the scorching heat.

THE CLINCHER: You’d be a fool to come this far north and not make a night of it. After a few rounds at Guthrie, move on to the adjacent Earl’s, where you can devour eccentric riffs on comfort-food classics. Try the grilled cheese ($8), layered with crisped pork belly, kimchi and a fried egg on browned slices of sourdough. 1259 Park Ave between 97th and 98th Sts (212-423-9900)