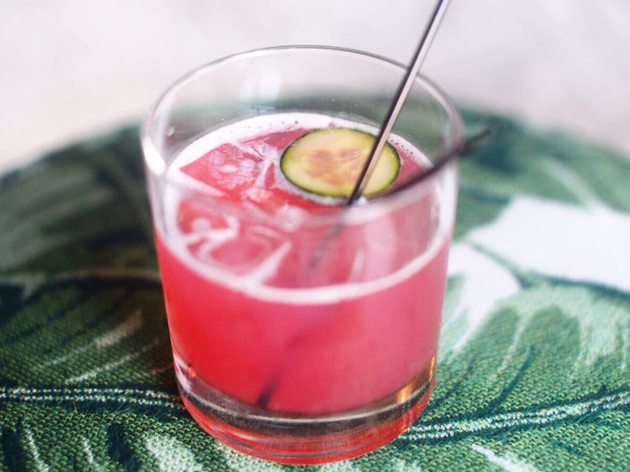 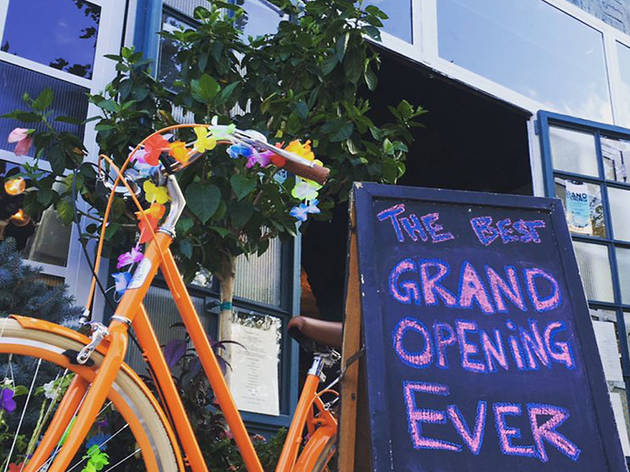 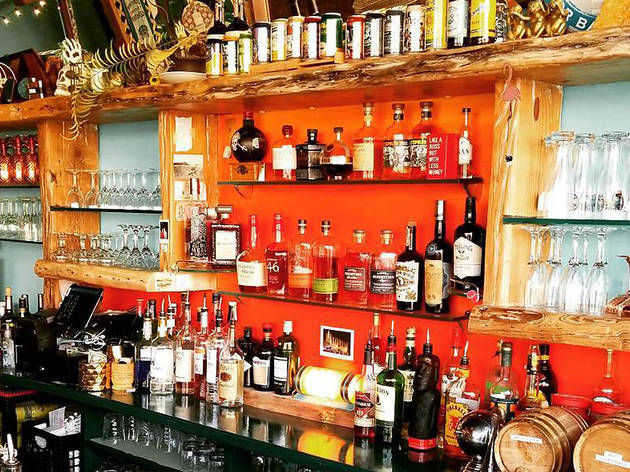 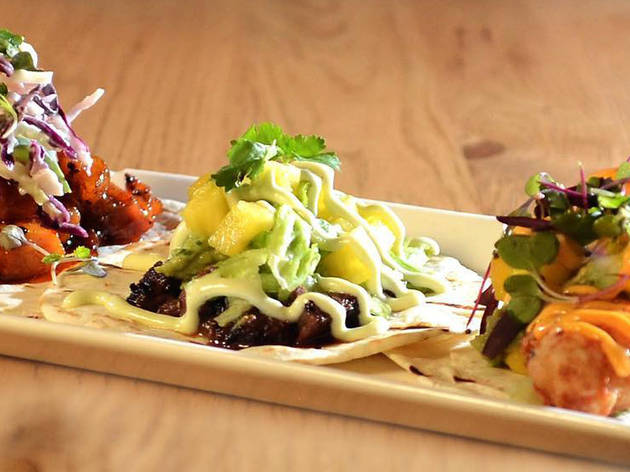 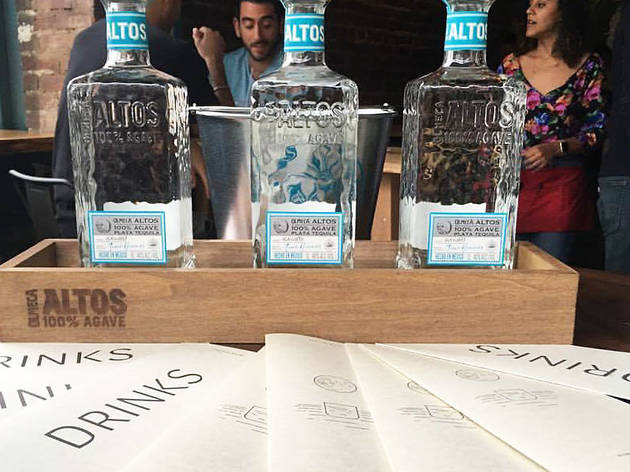 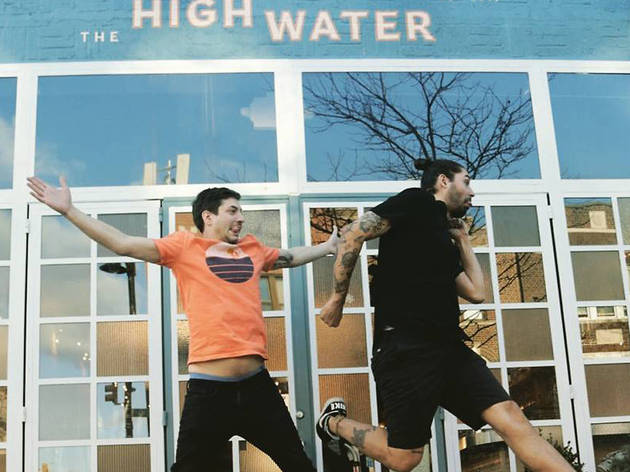 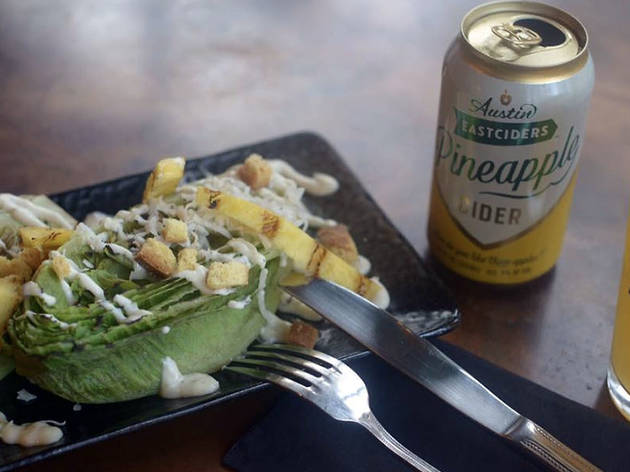 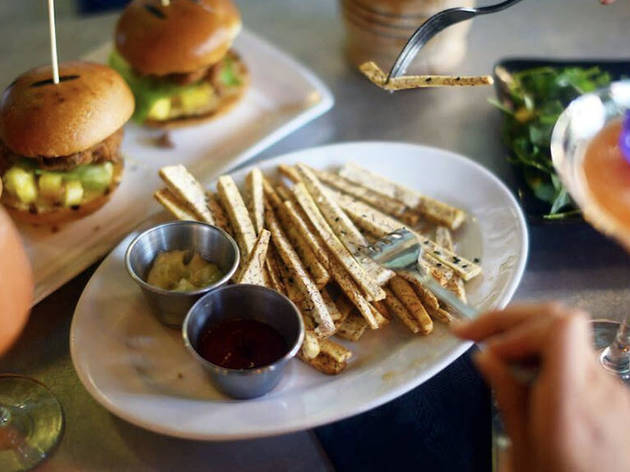 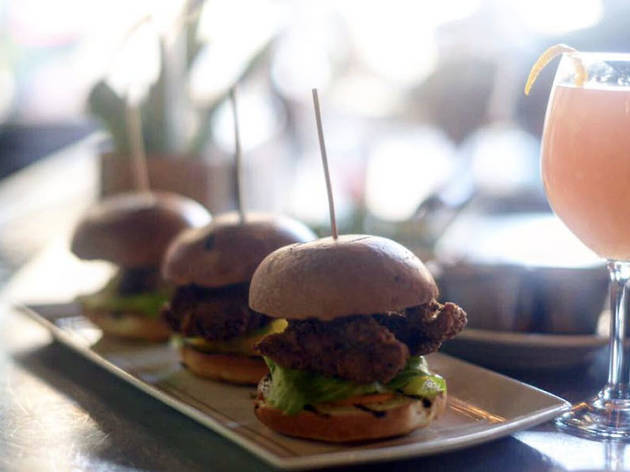 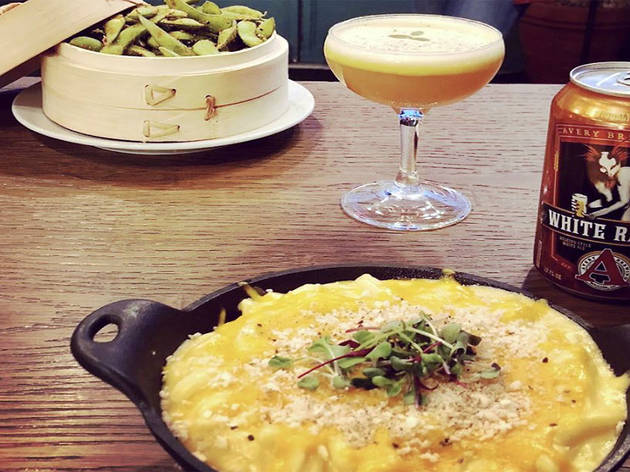 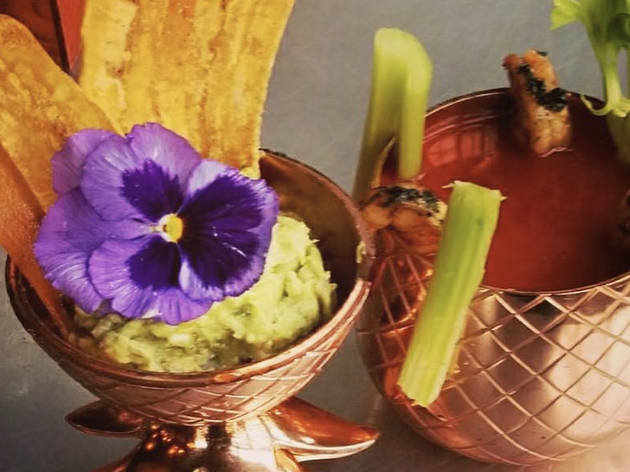 Astoria was created to lure Manhattanites; it was named after John Jacob Astor in the hope that he would invest in it. Of course, it has always featured great spots, but only recently has its appeal caught up with its ambition. Now the hippest neighborhood in Queens has a literal Highwater mark.

Bright and breezy, the Highwater is a tropical oasis for both the down-to-earth and the down-to-fuck. The 50-seater is lit up by the sunny disposition of its 6’7” Majorcan bartender, Gabriel Colom-Rocha (an easy double for Game of Thrones’ Jason Momoa). His contagious playfulness can run as subtle as a can of pineapple cider or as boisterous as the Rick y Morty cocktail, a gummi-infused vodka drink (with gummi garnish) that transforms Midori and triple sec into a grown-up version of the vintage radioactive-green Hi-C Ecto Cooler. “This is great,” said our drinking companion, a recent California transplant. “It’s like Santa Monica.” At the Highwater you feel like you’re exhaling the whole time. It’s liquid yoga.

And yet just when you think it’s all silly, surfy froth, the bartender serves the tobacco-smoked Clint Eastwood—brawny and aromatic enough to wash over your tongue as it wafts, puffing its chest, through your nose—or the potent Darkest Hour, a barrel-aged mix of cacao-infused Scotch, fernet and vermouth. With a kiss of kitsch, the flashy, turquoise $28 Blue Macaw, served for two in a copper pineapple, tastes like cotton candy–flavored bubble gum in the best, cutest way, an evocation amplified when imbibers chew the cocktail’s fresh pineapple chunks. And the pièce de résistance is the Tramuntana, a Majorcan specialty of elderflower and gin that miraculously maintains the crisp lift of lime without any of the bite, mellowed by orgeat syrup and fig jam; it’s one of the best cocktails in the city.

The story of islands—whether literal like Majorca or metaphoric like an end-of-a-train-line hood in Queens—is one of isolation. The Highwater deftly rewrites that narrative as a refuge of warmth amid the city’s churning cold shoulders. It’s so much more than a getaway. It’s the kind of total get that makes it easy to understand travelers’ penchant for calling such discoveries home.

The Highwater says
A tropical bar in the heart of Astoria. Established in 2017.