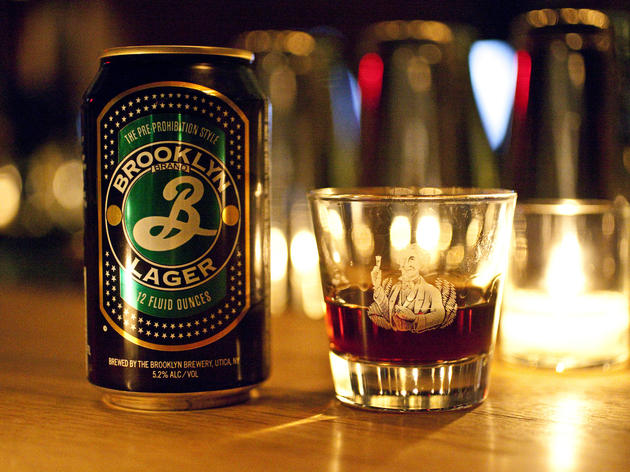 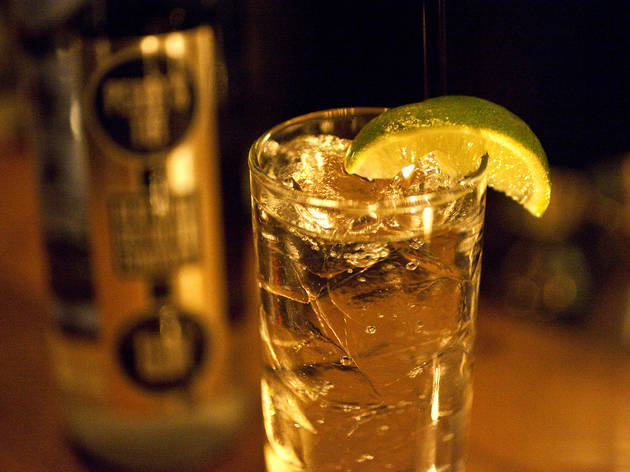 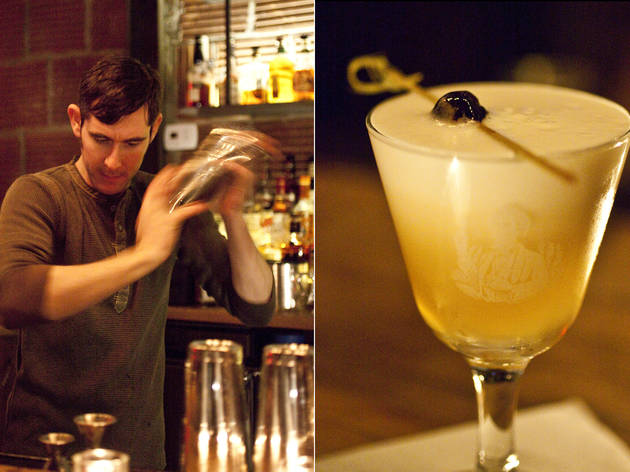 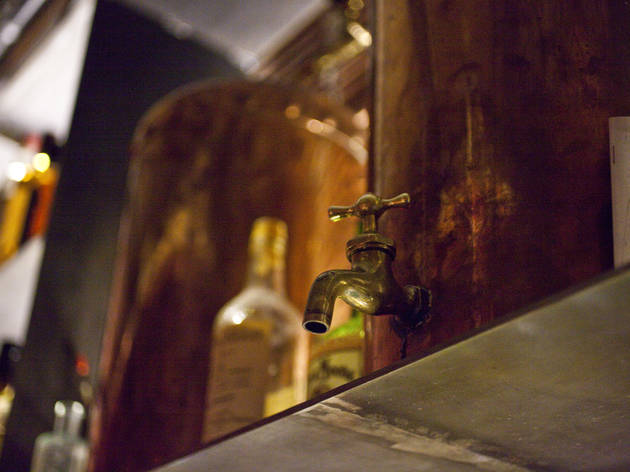 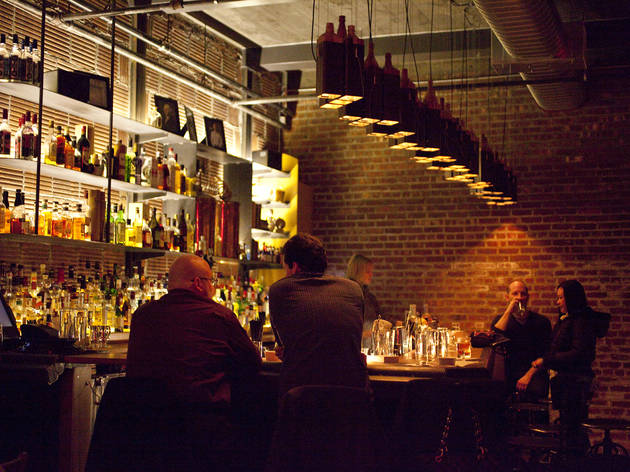 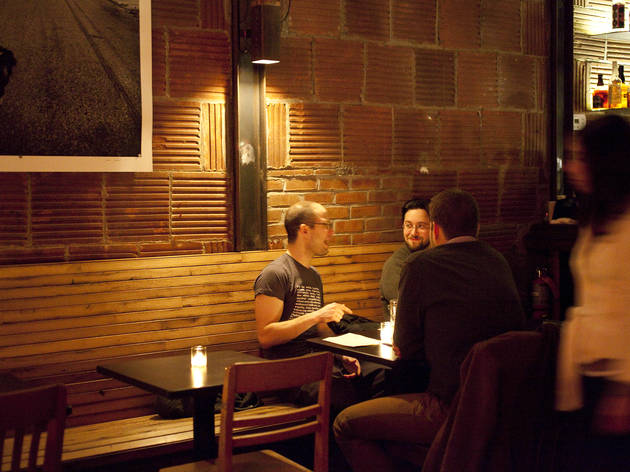 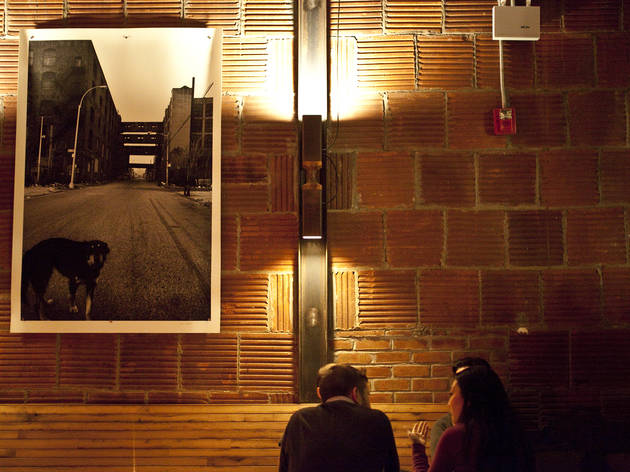 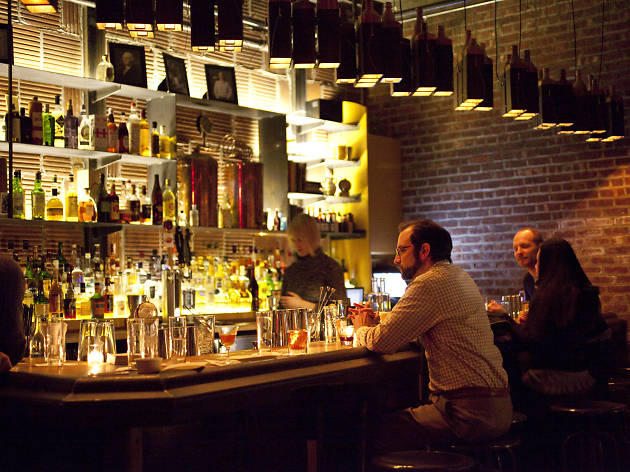 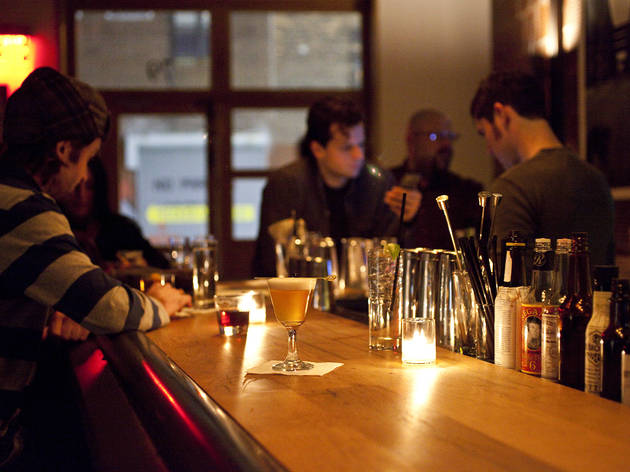 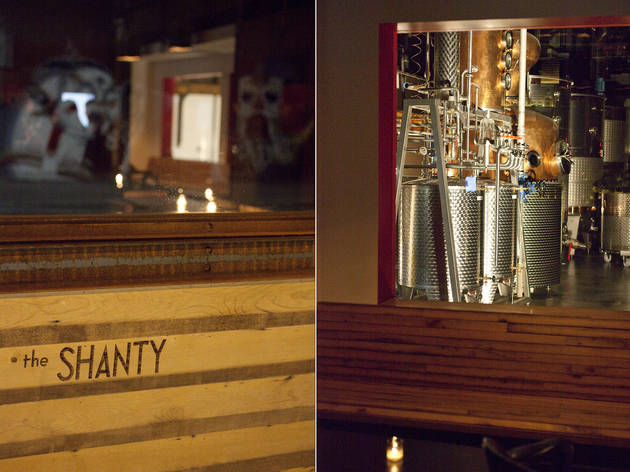 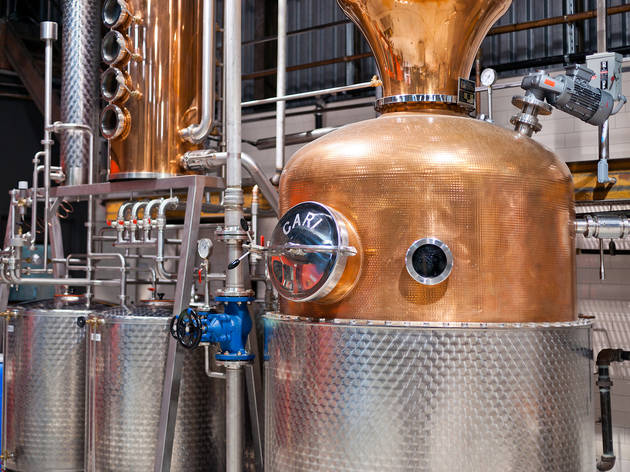 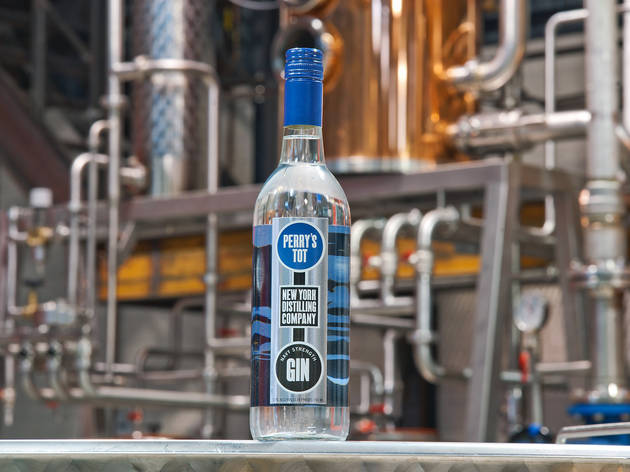 If you've ever visited a vineyard, you're familiar with the tasting-room drill: Watch a promotional video, then sip minuscule pours in a makeshift barroom. But things are a bit different at the Shanty, a new drinkery attached to the manufacturing floor of the New York Distilling Company, which recently kicked off production in Williamsburg. There's no hard sell at the door, no retail shop on the way out and, aside from a couple of posters in the bathroom, no branding in sight. The understated approach has its pitfalls—turn your back on the copper still, visible through two large bay windows, and the bar can feel like any number of Brooklyn joints, with exposed brick and light fixtures fashioned to look like old whiskey bottles. The lack of self-promotion can be frustrating: The distillery is doing very interesting work, producing unusual spirits with local ingredients, but the menu—currently a study in minimalism—offers little in the way of background. Still, the place offers a unique tippling experience, allowing drinkers to compare the borough-made booze side-by-side with more familiar brands or try it in a range of well-built cocktails.

DRINK THIS: Gin is the thing for those looking to explore the distillery's signature spirits. There are currently two varieties to sample. Anglophiles may be drawn to the juniper-forward Perry's Tot, made to the historic strength approved by the British Royal Navy (the sailors needed an overproof spirit that wouldn't prevent gunpowder from igniting in the event of a spill). The Tot & Tonic ($8) provides a clean platform for its nuanced earthiness and dry finish; start here, then see how it plays in more baroque creations. The gentler Dorothy Parker, meanwhile, is described as a modern American gin, with nontraditional botanicals such as elderberry and dried hibiscus petals contributing to its rounder, fruitier character.

Try it with a splash of Campari and Angostura bitters in the Pink Gin ($8), dispensed from a 19th-century moonshining still and served with a Brooklyn Lager chaser. While the proprietary stuff anchors the cocktail list, head bartender Nate Dumas (Prime Meats) employs outside spirits, too. The Sneaky Sour (Tito's vodka, lemon, Carpano Antica, juniper-coriander syrup, egg white; $11) is a sly recruitment tool for gin agnostics, simulating the spirit's juniper notes without overwhelming the drink's tight balance of sweet and tart flavors.

GOOD FOR: Local-hooch boosters. While you don't have to visit the Shanty to taste NYDC's products—pick up bottles at Astor Wines & Spirits—there's certainly an allure to sipping them just feet from where they're made.

THE CLINCHER: The distillery is in only its first wave of production, so there's more to look forward to. This fall, patrons can expect an Old Tom (a lightly sweetened gin) and a rare Rock and Rye—young rye whiskey flavored with rock candy. The latter should tide over dark-spirits enthusiasts until 2013, when the team plans to release its first aged whiskey, made with grains from New York State.

OVERHEARD: "Tell him I was too fucking busy, or vice versa."—A patron invokes the wit of 20th-century scribe Dorothy Parker while sipping a gin named in her honor