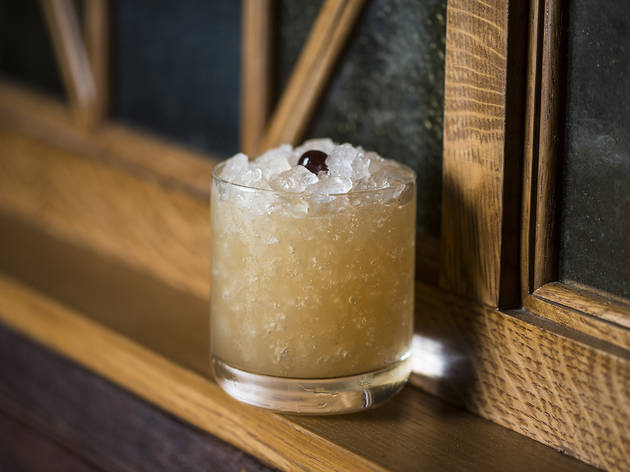 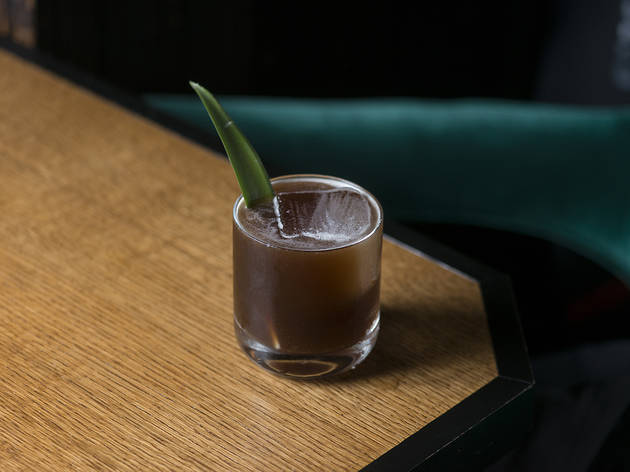 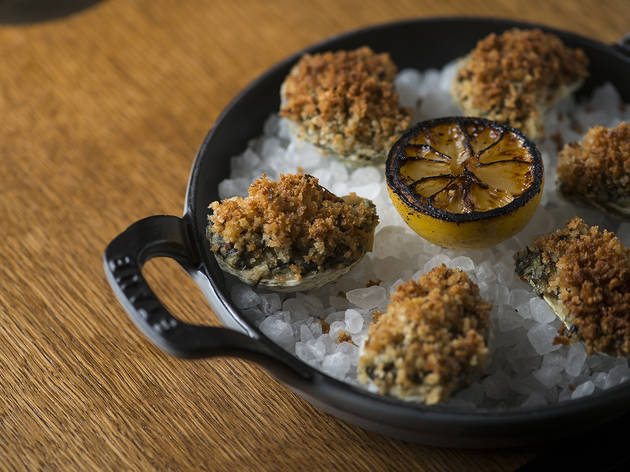 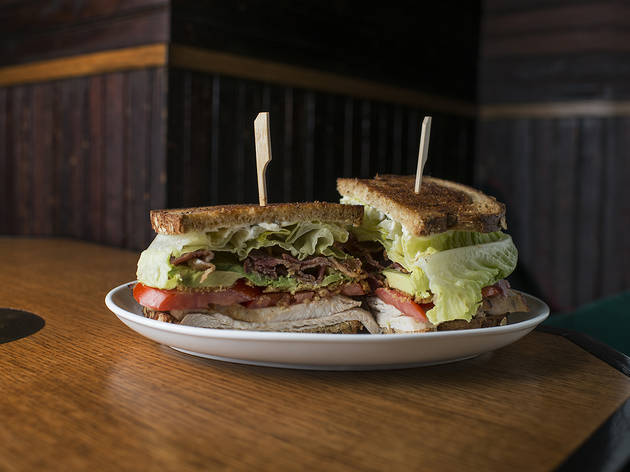 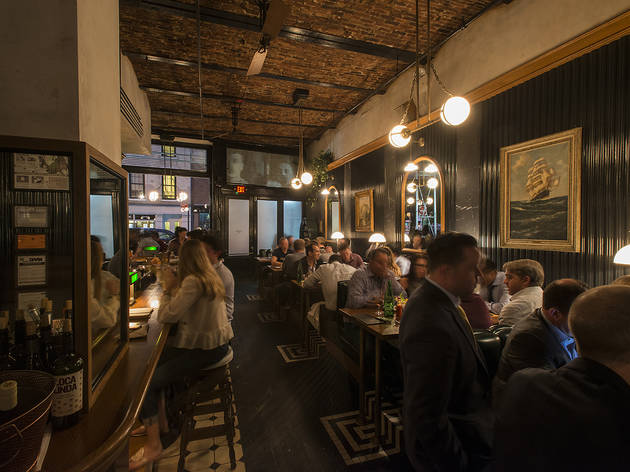 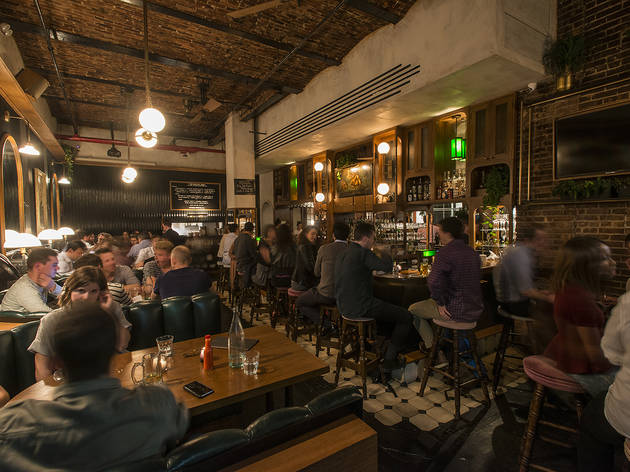 If you’ve ever stepped one Sperry-clad foot inside downtown barrooms Wilfie & Nell or the Wren, you’ve been here before. The new Sheridan Square gastropub from Mark Gibson, who is behind those aforementioned late-night hot spots, and his partner Mikey McFerran is stacked with whiskey, preppy young professionals and the group’s signature worn-in, old-world touches: jewel-tone leather banquettes, maritime paintings and exposed-brick walls and ceilings. Late on a recent Friday night, the place was filled with a demographic similar to its sister bars: men looking for women and vice versa. You could almost smell the whiskey breath and Polo Red cologne from the guys leaning into the girls, telling them how they’re currently crushing Q2 earnings and how, hey, their apartments are just a few blocks away. It certainly works for some, but the rest of us will probably be ready to say, “Buenas noches.”

ORDER THIS: The cocktail list matches the bar’s rugged vibes with plenty of dark-liquor offerings—drinks are divided into House and Whiskey categories—and simple mix-ins. From the House cocktails, the Toucan ($15) has pleasant burnt-sugar notes from a mix of Black Strap rum, Aperol, pineapple and lime, while the Mosquito ($15) gets its smoky-tart edge from mescal, ginger and Campari. Last Request ($15) from the Whiskey section, however, is a bit underwhelming: The orgeat and grenadine barely register, rendering the Scotch-based quaff little more than watered-down whiskey.

GOOD FOR: Loosening a few buttons with the guys. Whether your wolf pack is on the prowl for hookups or just craves a bromantic night full of liquor and burgers, the handsome tavern is a snug, familiar spot in a neighborhood with a surprising dearth of roomy hangout bars.

THE CLINCHER: Inspired by classic Gotham establishments like Keens and P.J. Clarke’s, chef–co-owner PJ Calapa’s menu is more thoughtful than your average pub fare. Calapa (Al Fiori, Nobu 57) turns out elevated eats like ground-to-order steak tartare with Dijon and shallots ($16), and oysters Rockefeller dressed in spinach, bacon and Parmesan ($18). The eats alone might be enough to help you forget the sense that this is a night that has almost certainly happened before.