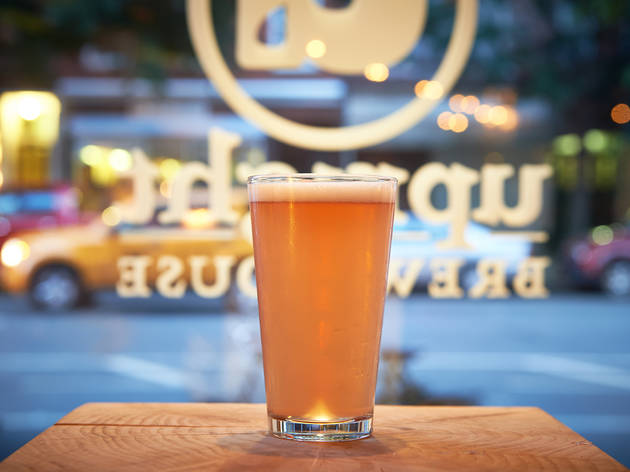 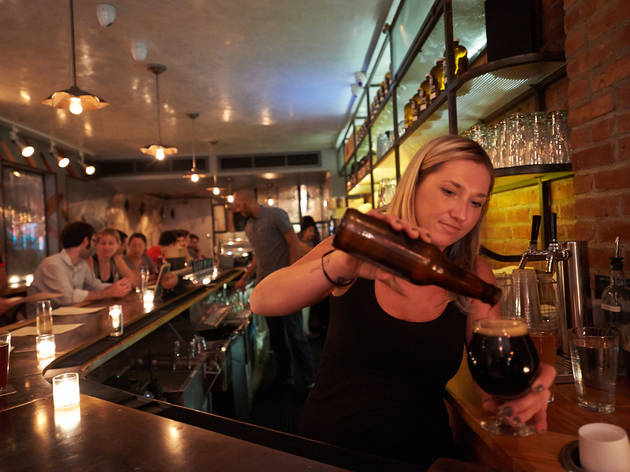 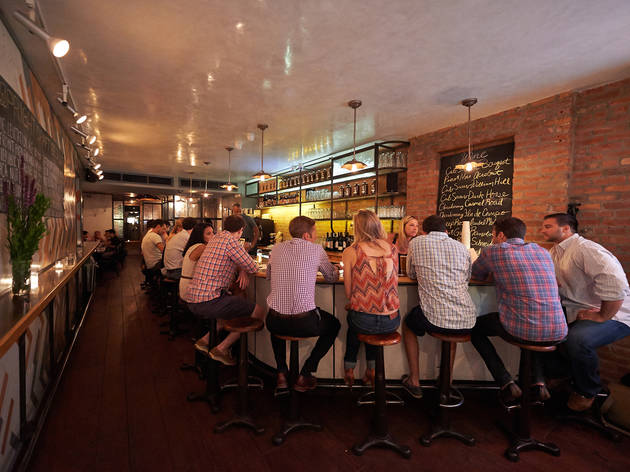 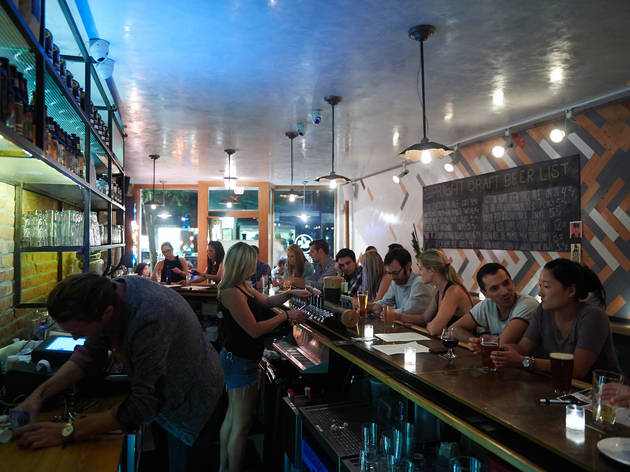 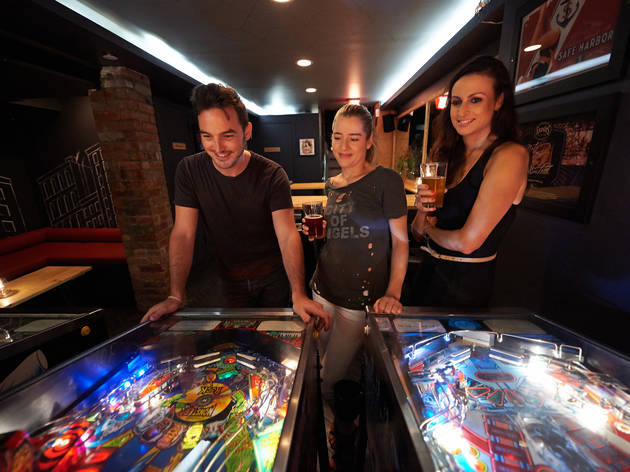 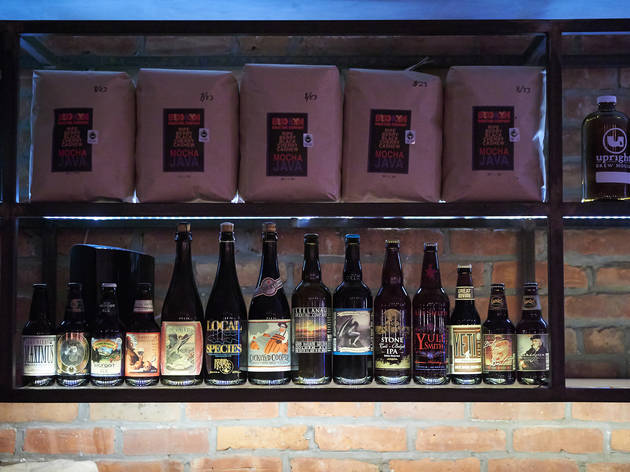 With table service, real napkins and la-di-da grilled cheeses, Upright matches the trappings of a neighborhood wine bar with the menu of a beer hall. It’s a little jarring when you see brew house and find designer wall tiles and fresh flowers instead of the expected plasma screens and collectable coasters. But for the adult crowd of predinner-drinking locals who already look at home, it’s the evolution of the neighborhood watering hole they’ve been waiting for.

DRINK THIS: A solid pint. The beer list offers 12 taps and 26 bottles and cans, without a single macrobrew in sight. It’s not a menu to rival the city’s top taprooms—no obscure imports or cult vintages, and you can find many of the same selections at your local grocery store. But along with familiar names like Sixpoint Apollo ($6), beer geeks can order from a handful of well-chosen sips, while more exotic choices can also be found on the brief “large bottle” list.

GOOD FOR: A casual date with the discerning beer drinker. Unless your companion has a kink for TVs and beardy old men, the average pub isn’t that romantic. Here, couples can cozy up over a porter in a candlelit corner, while the retro-rock soundtrack stays low enough for you to softly whisper tasting notes into each other’s ears. And if your date isn’t so big on brews, there is also a modest, mostly West Coast wine list running $8–$13 a glass.

THE CLINCHER: Go hunting for the restroom and you’ll find yourself in the grungy basement lounge. It’s like stumbling across a secret room in a video game, and appropriately enough, you’ll discover three pinball machines: Monster Bash,The Addams Family and Terminator 2. It’s a welcome addition for solo drinkers, and just the right touch of childish fun to an otherwise adult beer-drinking experience.