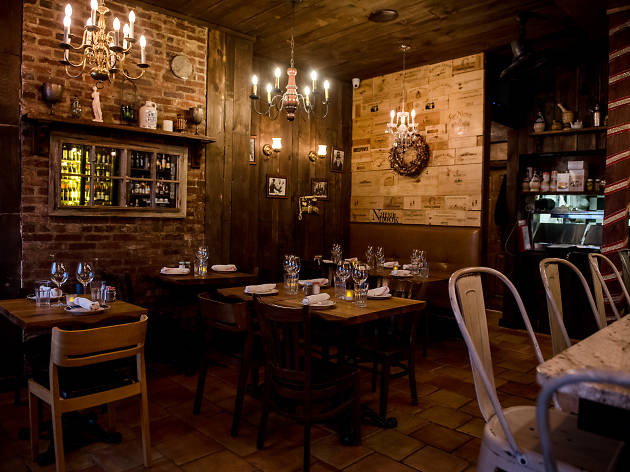 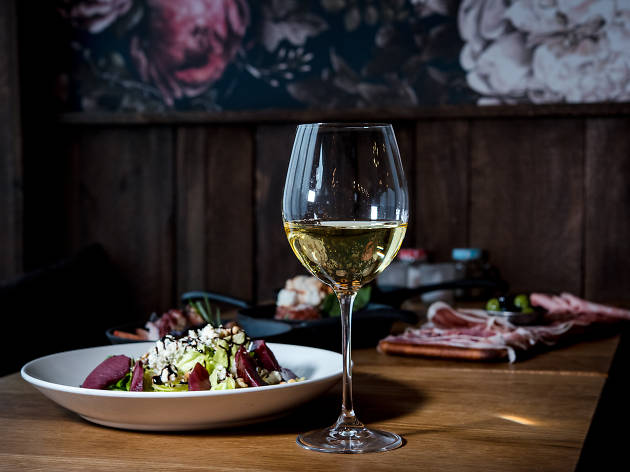 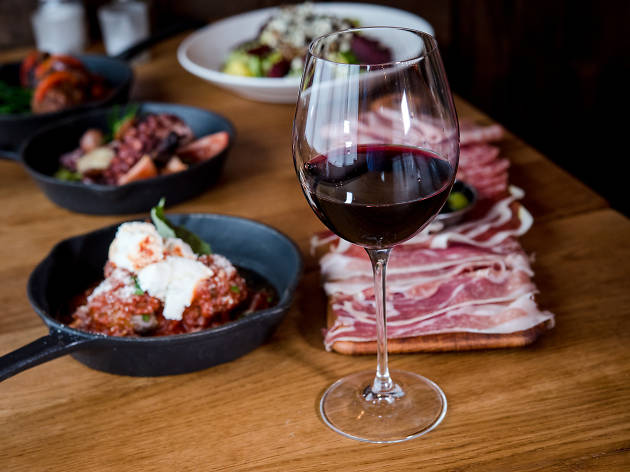 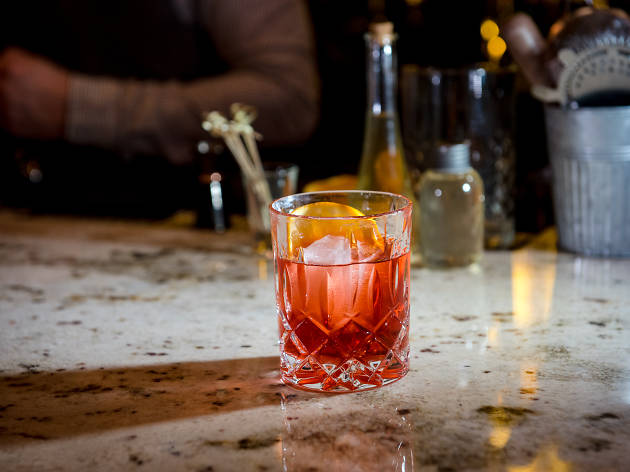 We almost didn’t run this review in favor of keeping Vinum our little secret. But the truth wins out. If Leonardo da Vinci had painted Edward Hopper’s Nighthawks, the rustic, Italinate result would be Staten Island’s most charming offering since Working Girl or Colin Jost. The duck prosciutto and truffled veal meatballs are mere bonuses.

An older couple who sat next to us, holding hands under the table, introduced themselves: “She lived four blocks away. I fell in love with her when I was 10 but didn’t have the guts to ask her out until high school.” When we commented that they were living the plot of The Wonder Years, they lit up: “Oh, there’s more! I’m Tony. She’s Marie”—he pivoted to her and clasped her hand—“like West Side Story.” I like this island of Staten!

There is a time and a place for this oft-forgotten borough; it’s here, in this elbows-on-the-table wine bar that seems, amid the bustle of Bay Street, more like a cozy Italian tavern nestled in Calabria or Sicily. When you walk in, you get the sense that you have entered someone else’s home, then later find yourself surprised that the home is yours.

Wine bars rarely accomplish this feat. They are mostly marked-up mousetraps ensnaring bougie wastrels with thoughtless cheese and throwaway olives, all while being run by reverse Jesuses who turn wine into water. Vinum elegantly sidesteps such woes by pairing glasses and bottles with authentic Italian fare designed to elevate an ordinary wine list rather than debase it. Vinum is the Oprah of wine bars, helping everyday vino become its best self.

Fruity primitivo from Puglia finds a dreamy partner in a pillow of fresh, creamy burrata. Sharp blue cheese is softened by pears poached in a blend of house reds, spiced with cinnamon and cloves. Off-menu tomato flan playfully wrestles with buttery chardonnay. The Hunter’s Wild Game Board is a must, from the way its boar sausage unlocks a wine’s chewy earthiness to the pâté’s caress of a wine’s rounder notes. “The only time I’ve had anything like this,” said our well-traveled drinking companion, “was at a place in Florence that had no menu. They just sat and talked you through.”

The intimacy is no-frills, no-pressure. As if to emphasize that breeziness, every time a waiter walks away from your table, you’ll catch the text across the back of his fitted muscle T-shirt: "Tonight’s forecast…99% chance of wine! Say it soft and it’s almost like praying.