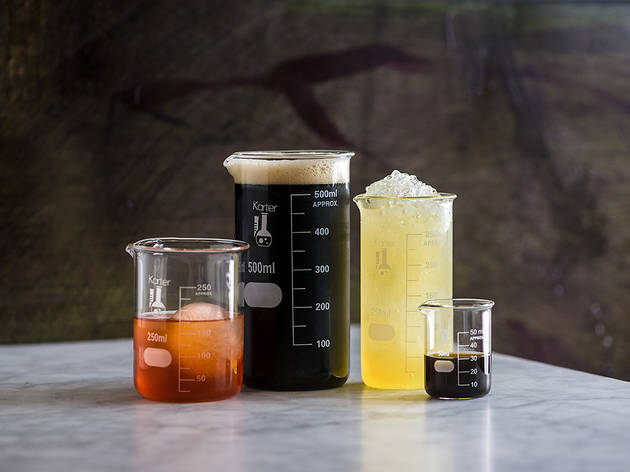 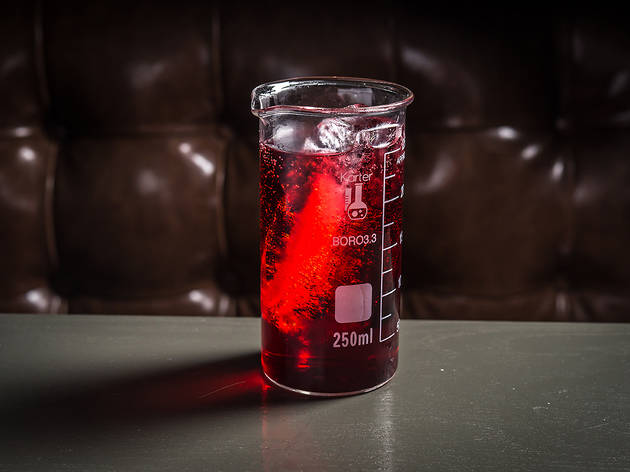 2/5
Paul WagtouiczRuby Slippers at Yours Sincerely 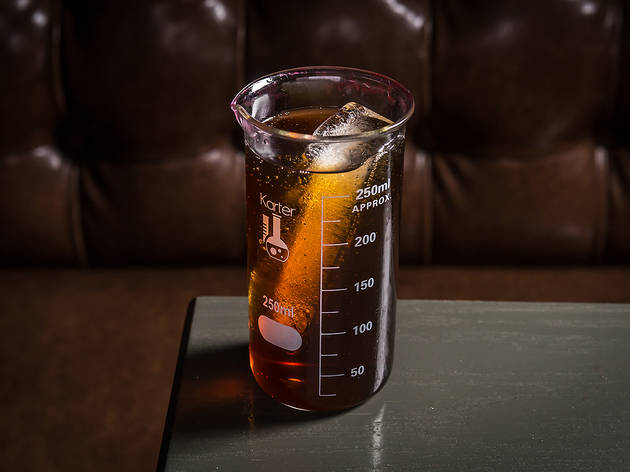 3/5
Paul WagtouiczFolsom Fizz at Yours Sincerely 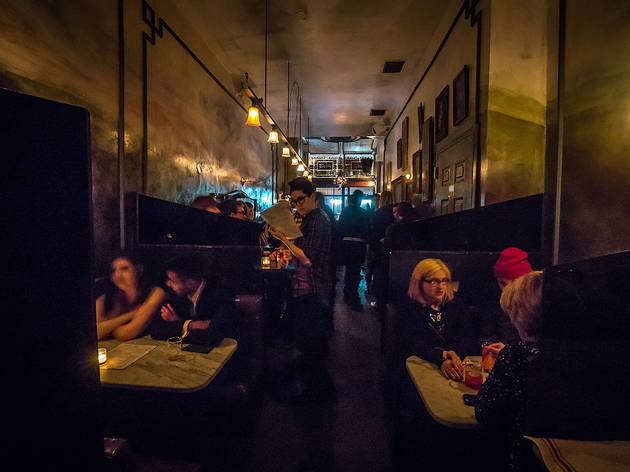 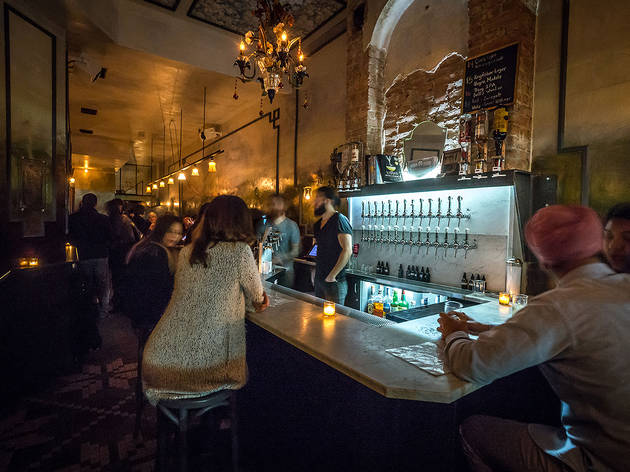 It’s hard to imagine a more apt name for this sophomore effort from the team behind next-door British-lilted restaurant Dear Bushwick. While that Michelin-nodded gastropub specializes in across-the-pond fare served in vintage-trimmed digs, this dimly lit, 40-seat boîte touts an even narrower focus: cocktails, crafted in large batches with house ingredients and tapped through 20 draft lines. Co-owners Julian Mohamed and Darren Grenia bill their bar as a “cocktail laboratory,” where drinks are poured into geeky beaker glasses and test tubes to match. It’s a fitting motif for an envelope-pushing take on cocktail making, one that is, like any science project, a work-in-progress made better by constant tinkering and experimentation.

ORDER THIS: A cheekily annotated menu features gently tweaked takes on popular elixirs ($8), with a handy flowchart playing the role of barkeep to help guide guests toward something fruity or zesty, bitter or herbal. Within the last profile is one of the bar’s best concoctions, the Ruby Slippers, a play on a traditional Tom Collins, with Dorothy Parker gin and house-made hibiscus-agave syrup. Equally refreshing is a daiquiri-riffing Lab Rat with lime-infused Denizen rum, while a stiffer Raisin the Bar substitutes organic raisin-shot rye as the base for a Manhattan. For a sample-sized sip, try one of the house cocktail shots ($4), like an intensely smoky Chaos Theory, fusing chicory-hinted bourbon with Jamaican-jerk–spiced Owney’s rum and molasses.

GOOD FOR: Boozing on a budget, while getting your taxes done. For less than a Hamilton each, these ready-made quaffs rank among some of the most pocket-friendly in town. Yet, sloshed with bespoke ingredients and balanced through rigorous trial-and-error, they far surpass the well-liquor swill typically sold at that mark. In the spirit of responsible personal finance, the bar also offers appointments with a certified CPA on Sunday, Monday and Tuesday evenings ($150 an hour) during tax season, so drinkers can get their taxes filed while saving bucks on drinks.

THE CLINCHER: Despite a science-forward shtick behind the bar, the space reprises the rustic, English-country decor of its sibling to create a laid-back postdinner setting. An abstract, bucolic painting splashed across the wall behind the booths makes bargoers settled there appear to be part of a pastoral scene. Tap handles mounted with porcelain heads, found in a 19th-century German doll factory, add a touch of whimsy as drinks are poured. And while a romantic, Anglo-accented spot on hipster-y Wilson Avenue seems an unlikely place to find such futuristic cocktailing, it’s that kind of Bushwickian twist that makes this spot a fitting ode to its neighborhood.