Released yesterday and already clocking in at 4.8 million views on YouTube, “Burn the Witch” is Radiohead’s first single off their forthcoming ninth album (title still unknown). Watch it in full here. Like the band’s last official release—last year’s inexplicably rejected Bond theme “Spectre”—it’s an ominous song, led by a smeary-sounding orchestra and a keening falsetto from Thom Yorke. Lyrically, it fits the witchy moment we’re currently having, between February’s stellar horror film The Witch and Saoirse Ronan’s hypnotically possessed Broadway debut in the intriguing revival of The Crucible.

Still, it’s almost possible to miss the virtues of the music itself, because the tune is bundled with a breathtaking stop-motion-animated video, created by Chris Hopewell. The animator is paying homage to the Trumptonshire Trilogy, a series of ’60s British kids programming—and, more provocatively, 1973’s horror classic The Wicker Man. Filmed in Scotland but set in the weird fictional offshore community of Summerisle, The Wicker Man occupies a place in British horror equivalent to the stateside reputations of The Exorcist or The Texas Chain Saw Massacre.

Here are 10 things about The Wicker Man referenced in the video:

1. Our hero is a phony “king for a day.” In the video, he’s some kind of official from out of town with a clipboard. In the movie, he’s a by-the-book police officer from the mainland, played with exquisite slow-burning fury by Edward Woodward (long before The Equalizer). Important to note: He likes being chauffeured around, and even without words, he’s a little pompous (he raises a hankie in the car). 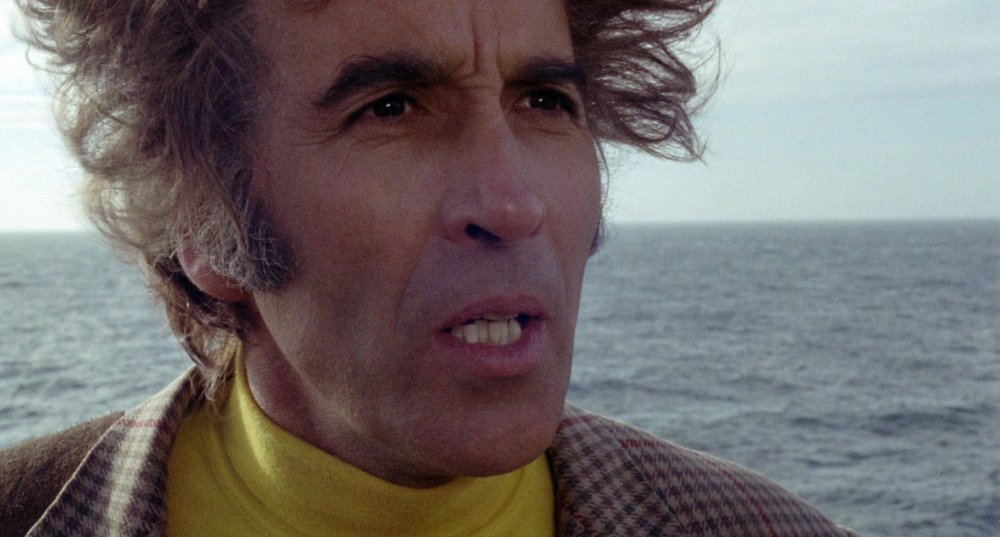 Christopher Lee in The Wicker Man

2. Before he arrives, plans are afoot. We see the residents nodding in agreement with a civic leader. This guy wears some kind of ceremonial outfit and a medal. In The Wicker Man, this potentate is played by Christopher Lee, whose fearsome onscreen roles—from Dracula to Saruman—speak for themselves.

3. The happy painter makes a red cross on a door. It surprises the guy inside, who leans out of his window, alarmed. This is a direct reference to Yorke’s lyrics (“Red crosses on wooden doors”) but also, obliquely, to the ancient “Rosicrucianism” tradition associated with witches and spells. 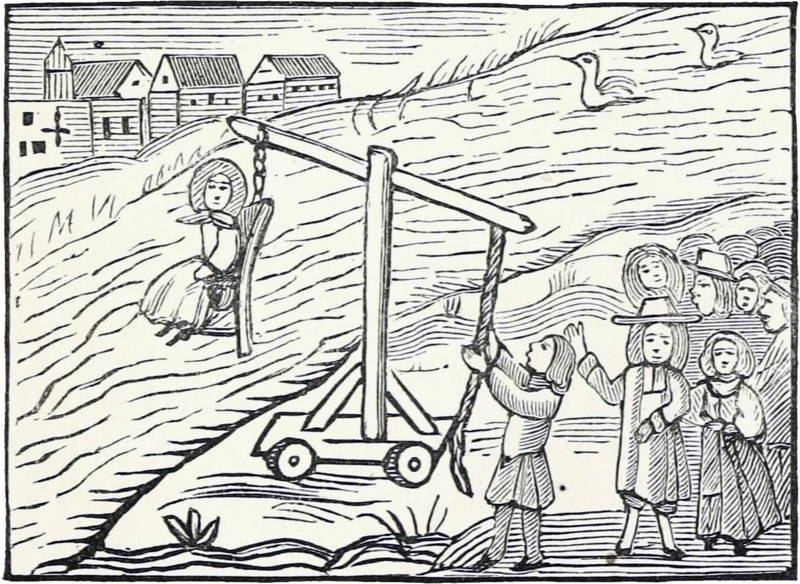 4. That’s not a seesaw but a dunking chair. The blond girl waves to the officer from high up in the air. She’s not on a seesaw, but a dunking chair, a device used mainly in the 16th and 17th centuries to test if accused women floated or sank. If the result was the former, they were decreed to be supernaturally cursed and burned.

5. Another girl is menaced by six swordsmen. She’s tied to a tree. In The Wicker Man, this ritual is explained (in what has to be the creepiest scene set in a library) as one of many associated with May Day: six masked swordsman locking blades in the shape of the sun. In the video, they make this shape this over the girl’s head.

6. Our hero has seen enough, but still he goes on. He sees a bleeding carcass in front of a bakery (there’s a bakery in The Wicker Man that makes cakes shaped like rabbits and babies) and a floral-decorated noose hanging from a maypole. We’d be outta there by this point. Those things can’t be on his checklist.

7. He’s shown the failing apple crop. Apples are the chief export of The Wicker Man’s Summerisle, but significantly (the video follows suit ), the harvest this year is bad. We see plenty of empty cases. Someone’s drinking a bottle of cider, suggesting that fermentation is all they can do with the rotten yield. The name on the boxes is Jobe’s—or, in Hebrew, “persecuted.” 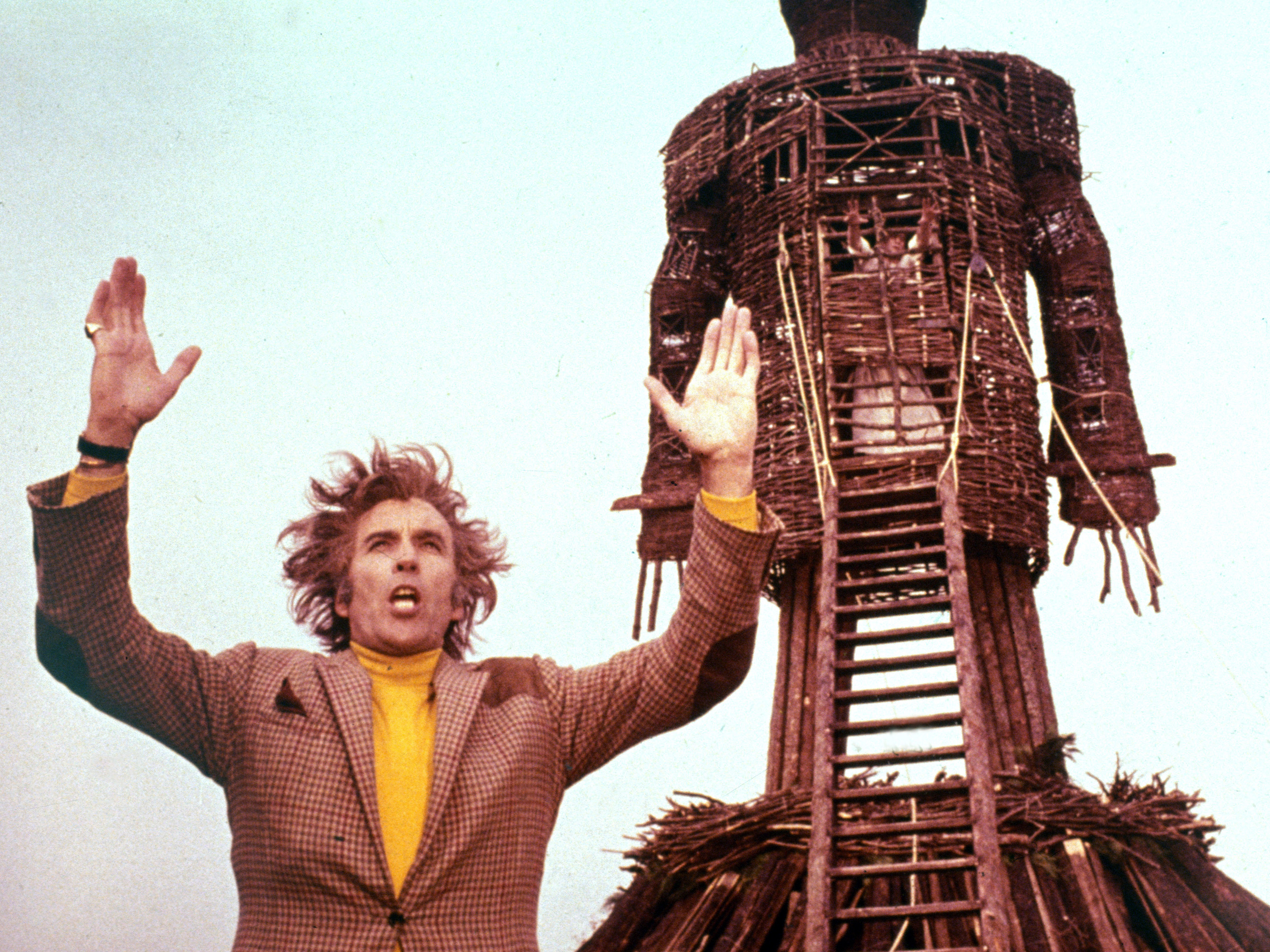 8. Don’t call it the “burning man”—it’s the wicker man. A shocking moment in both Radiohead’s video and the movie, our hero is led to the wicker man, a huge structure that he unwittingly is given the honor of unveiling. Click through to this clip from the movie; it’s an amazing moment.

9. He becomes a human sacrifice. Our hero burns. In The Wicker Man, he’s a sacrifice to the sun god, made to stave off another bad crop. Woodward’s policeman is also a strongly observant Christian (and a virgin, he admits), making his sacrifice extra potent in the eyes of the pagan community. The crowd cheers. 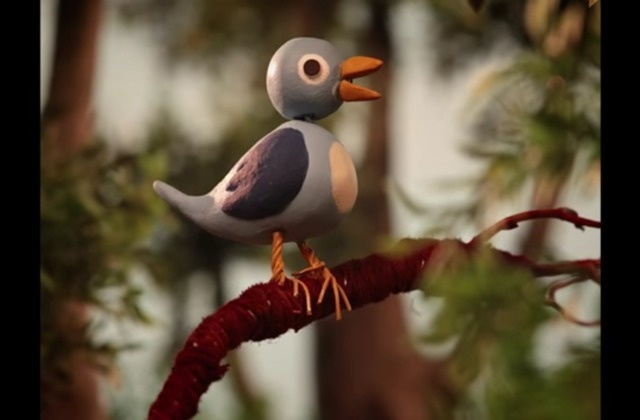 10. And finally, what’s with that bird? It’s a cuckoo, actually. At the end of The Wicker Man, the community sings an actual medieval song, “Sumer Is Icumen In,” with lyrics that include: “Loudly sing, cuckoo! / Grows the seed and blows the mead / And springs the wood anew.” In the movie, those lyrics are ironic.

In short: not your everyday rock video!