For more than two decades, Paul Giamatti has graced the silver screen with a B-list presence that's hard to come by. The Brooklyn resident's body of work spans films like Cinderella Man (for which he was nominated for an Academy Award) and 12 Years a Slave, and his forays into TV include the hit HBO miniseries John Adams, in which he played the titular role.

If you don't recognize Giamatti by name, it's completely understandable—he's an actor who's often forgotten by casual film aficionados. He doesn't have a Twitter account, and he doesn't attract the level of fanfare that many of his peers do. Despite all that, he's developed a devout cult following that wants nothing more than to immortalize his life and work in the form of a wax sculpture.

Earlier this summer, a trio of New Yorkers visited Madame Tussauds wax museum in midtown and were inspired by a call for suggestions. The group (Rebecca Shaw, Valerie Bodurtha and Sophie Mann) was taken aback by the omission of Giamatti's visage from the uncanny gallery and have since made it their mission to get a wax figure of him made.

They proceeded to launch a campaign, simply titled Let's Get Paul Giamatti a Wax Figure, urging members of the public to reach out to Madame Tussauds and ask them to produce a wax sculpture of Giamatti. It's confusing, hilarious and perhaps a crass misuse of one's personal time. Nevertheless, they persist.

"The country is pretty divided right now," Bodurtha says. "We think that this is one thing that can unite everyone."

She may be right—it'd be hard to imagine a celebrity less controversial than the co-star of Big Momma's House. In an era where America can't even agree on whether or not a hot dog is a sandwich, rallying around a wax sculpture of Paul Giamatti might be exactly what everyone needs.

What's more, the women behind the campaign assert that there is no better fit for the museum than Giamatti and that he provide an ideal juxtaposition with the numerous self-absorbed celebrities who are depicted throughout. "We were told that [YouTube personality] Jenna Marbles requested a sculpture of herself at Madame Tussauds," Bodurtha said. "You know who would never do that? Paul Giamatti."

"If a child were ever lost in the museum, Paul would be a friendly, fatherlike figure that they could take refuge in," Shaw added.

Currently, the campaign has attracted a few hundred followers on social media and the endorsement of other celebs like Josh Malina. It's still waiting on a formal response from Madame Tussauds (which tweeted a picture of a campaign flyer), despite the fact that the museum promises a prompt reply.

Whether or not Giamatti ever finds his mug immortalized in wax remains to be seen. Regardless, the campaign launched by Shaw, Bodurtha and Mann serves as an important reminder that, even when everything in the city seems to be falling apart, New Yorkers can always find solace in the thought of Giamatti dumping a spit bucket of wine over his head in Sideways. 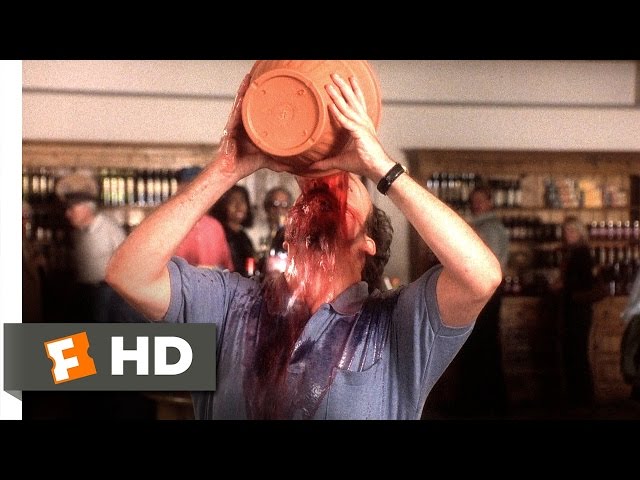