There was no blood at the press preview today for the upcoming Broadway musical American Psycho, adapted from Bret Easton Ellis’s brutal 1991 book. But the mood was certainly sanguine as the show’s alarmingly attractive cast took to the stage in street clothes to offer a taste of four numbers from the production, which starts previews on March 24 at the Gerald Schoenfeld Theatre: “Selling Out,” “A Girl Before,” “Cards” and “You Are What You Wear.” The music was pounding, and the energy was high.

The homicidal antihero of American Psycho, Patrick Bateman, is played by Benjamin Walker—who, after his star turn in Bloody Bloody Andrew Jackson, has a lock on the niche for charismatic mass murderers in Broadway musicals. Heléne York (Bullets Over Broadway) plays his girlfriend; Jennifer Damiano (Spider-Man: Turn Off the Dark) is his secretary, and Next to Normal’s Alice Ripley is both his mother and his Russian dry cleaner, who has a lot of stains to keep her busy. All were on hand today, along with composer Duncan Sheik (Spring Awakening) and director Rupert Goold (King Charles III).

Ellis’s grotesque skewering of consumerist culture, adapted by Mary Harron into a 2000 movie starring Christian Bale, may not be an obvious candidate for musical theater, but that's part of the appeal. (The show was a massive hit in its 2013 premiere at London’s Almeida Theatre.) “As I reread the book 20 years later—because I had read it in college—I realized that this was a great opportunity to create a piece of theater that really challenges people’s ideas about what musical theater might sound like,” noted Sheik in his introduction to the preview. “Specifically, I thought about electronic music, and house music and techno and many other subgenres of EDM that have proliferated since then.”

After the presentation, I spoke with Goold about how the musical might differ from previous versions of the same gory story. “I think it’s maybe a little more satiric, a little more comic in places—something quite Kubricklike,” he said. “The movie was working within a slasher-film idiom and we are working within a musical-theater idiom, so that’s inherently different. Theater naturally is a medium more suited to ambiguity and imagination. And Bateman is such an unreliable narrator in the novel; I think maybe the musical has some of that more slippery, Alice in Wonderland feel.” And the musical’s chills, Goold believes, will benefit from the frisson of live theater. “When you watch the movie on your own, it can be very scary and exciting,” Goold said. “But a movie is always a screen. There’s something about really being in the room with him, which should be scintillating and sexy. And Ben is really great for it.”

Will American Psycho prove as popular in New York as it was in London? Time will tell. But with Hamilton fever sweeping the nation and a crowded spring lineup ahead—including such radically different offerings as Shuffle Along, Waitress, Paramour, Bright Star and Tuck Everlasting—we may well look back on 2015-2016 as a killer season for musicals. 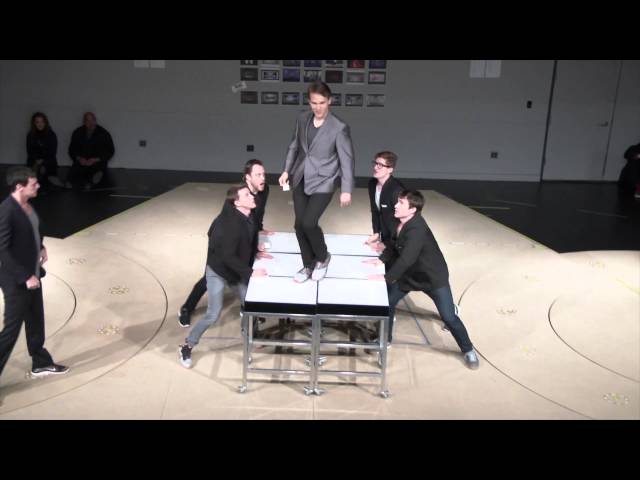