Check out these renderings of a proposed underwater aquarium in Queens; it’s even wilder than it looks

Another day, another set of renderings for a fantastic new amenity for New York City. This time, it’s a proposal for an underwater aquarium in the East River, facing Midtown just off Long Island City. Your heard right: It’s actually in the river. 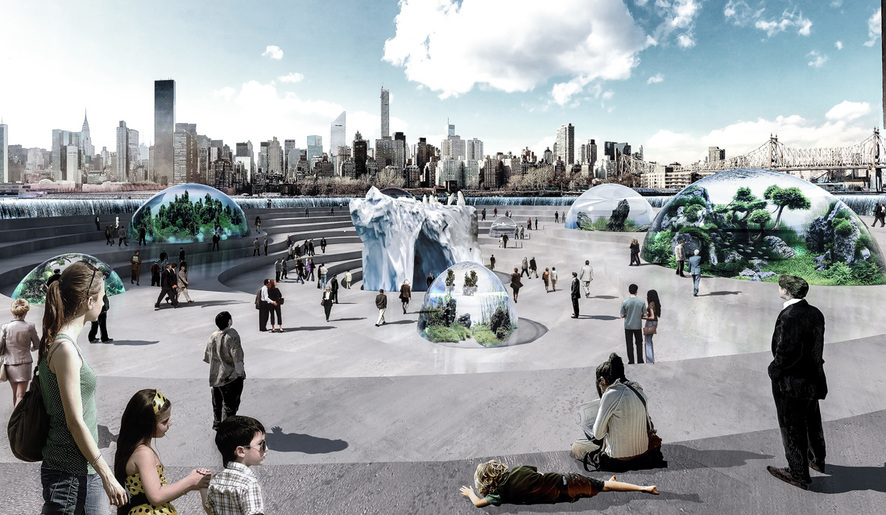 The proposal by Italian architect Piero Lissoni was the winner of a competition sponsored by Arch Out Loud, an organization that promotes cutting-edge design—and Lissoni’s idea, dubbed the “Aquatrium,” is certainly out there. 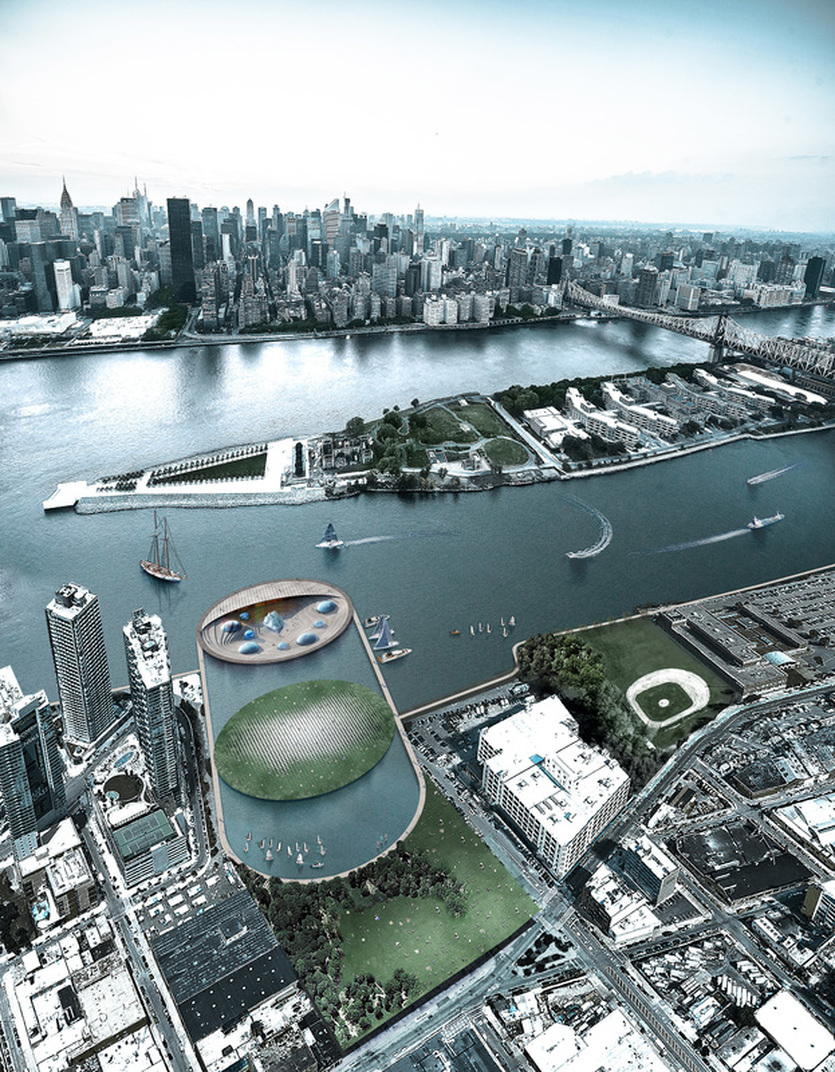 The structure is situated in an enlarged version of the Eleventh Street basin at the northern end of Gantry State Park. A sort of seawall-slash-pedestrian path encloses the area. There are three levels starting at the bottom with the underwater aquarium, which is topped by a combination plaza, park and outdoor atrium. It features large transparent biomes representing the four Oceans (Atlantic, Pacific, Indian and Southern) and the four Seas (Caribbean, Mediterranean, Tasman and Red Sea). The North and South Poles are given a shout-out in the form of an iceberg plunked in the center of the atrium. 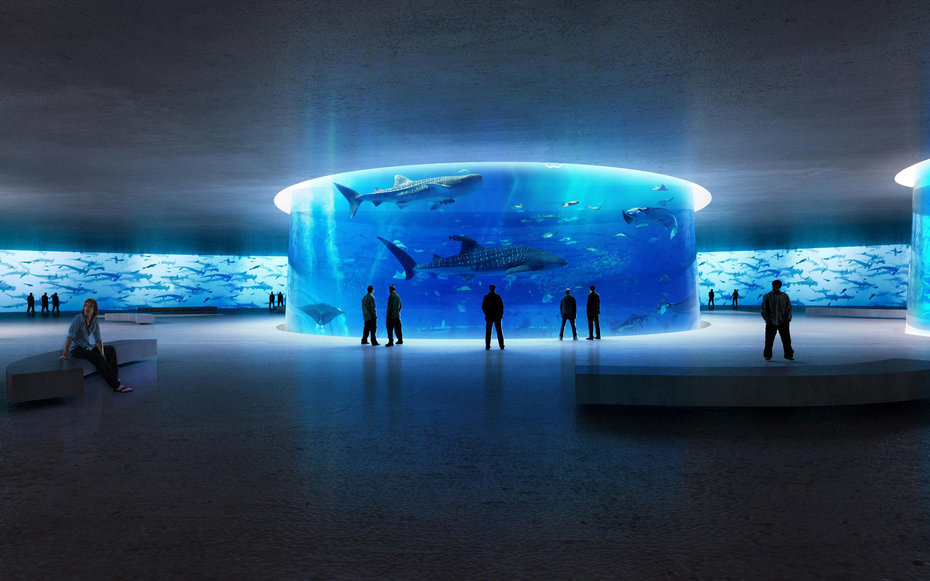 But wait, there’s more! From the air, the Aquatrium is circular, like a pie in the water. But it’s meant to evoke a clamshell, and in fact, works sort of like one. Its grass-covered roof can retract by sliding in one whole piece across the basin, connecting to the shore as a “green island.” When the top half of the shell closes back over the atrium, the space becomes a planetarium, with scenes of the universe projected on the ceiling. 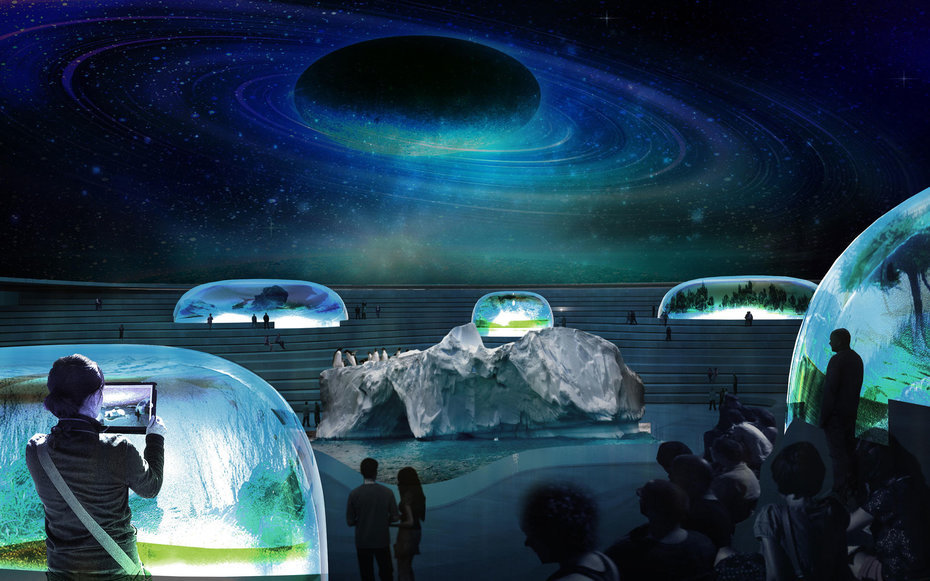 Each level of the Aquatrium, in other words, respectively represents sky, land and sea (if you’re going top to bottom). Could it be built? There’s no budget being put forward, at least not yet, which suggests that the Aquatrium will remain pie-in-the-sky for the foreseeable future.