Service on the lines that provide transit for more than 5 million people every single day has been less than ideal this year. In June alone, several incidents left riders legitimately concerned for their safety. On June 5, a sweltering F train stuck between stations forced passengers to remain underground for 45 minutes. On Tuesday, an A train derailment in Harlem gummed up the system and left more than 30 people injured. On top of all that, Penn Station is about to undergo eight weeks of track closures that have led officials to deem the stretch the "summer of hell."

Riders have turned their frustration to Governor Andrew Cuomo, who oversees the MTA. But despite protests and a barrage of angry tweets, the governor has remained relatively silent about the ongoing issues with the subway system.

That changed on Thursday when Cuomo delivered an address at an event for the MTA Transit Challenge (you know, the contest that puts up $1 million for anyone who can find a fix for the city's subway). He declared a state of emergency for the system and said that he would issue an executive order to speed up work that will bring the city's subway into the 21st century. Cuomo also announced that New York State will be contributing an additional $1 billion to the MTA's capital plan, which will undergo a thorough review over the next 60 days.

"The current state of decline is wholly unacceptable," he said, comparing the status quo to the issues that plagued the subway during the 1970s and 1980s.

Cuomo notes that the subway isn't going to be fixed overnight—just as the problems it faces did not come out of nowhere. But the announcement marks the first major steps by his office to address the structural problems that affect millions of people every day.

"New Yorkers are not by their nature a patient people," Cuomo said. "And they shouldn't be, especially when it comes to this." 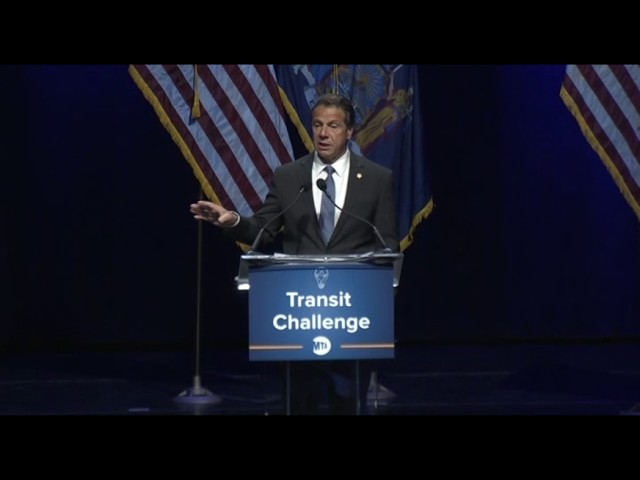