In 2016, Khalid’s indie-soul earworm “Location” began surfacing across the internet. The song was catchy, vulnerable and instantly alluring. That track, which peaked at No. 16 on the Billboard Hot 100, helped Khalid break out in the past year. The singer comes from a musical family—his mother aspired to be a singer before joining the military—but as a child, moving between Germany and upstate New York, he didn’t consider the profession for himself until he ended up in El Paso, Texas, in 2015. “If I didn’t live in all of these places, I wouldn’t be in the position I’m in today,” says Khalid.

Fast-forward to 2017: Khalid not only released his debut, American Teen, but also sang on explosive collaborations with Calvin Harris, Future and Alina Baraz. This month, Khalid tours the U.S.—including three NYC shows this week—before heading overseas to open for Lorde. It’s a promising start, especially considering the singer is still only 19 years old.

As a teenager, how have you been balancing this new world of fame and the music industry?
I keep my long-term goals [in mind] with everything I do. If I wasn’t doing this, I would have branched into music education, so I keep that a part of my life as well. I want to go back into music education and start schools in towns where I’ve lived in New York, El Paso or even overseas. If I were to create a foundation for teachers, that would be super fun.

How did you set out to capture the teenage experience in your debut album?
For me, the teenage experience is about accepting my youth and using my youth as an advantage. I love being young—I’m gonna hate when I can’t say I’m a teenager next year. Everyone who comes out to my shows—whether they’re teenagers or older—we all have that same feeling to be young, ambitious and a dreamer, and I love spreading that message across [the world].

What has been the coolest collab for you to do so far?
So far, one that gets me pretty deep is the collab I did with Alina Baraz because her style and airiness is amazing. When I worked on that, I held it really close to me. That’s one of my favorite songs out right now. Her time is definitely going to be soon because she’s an amazing individual.

How did moving around so much influence your music?
When I lived in Germany, I was really into dance music. But the moment I moved to New York, American folk music immediately drew my attention. I love Father John Misty, Fleetwood Mac and I love alternative music. I got introduced to that in New York. When I settled in Texas, I found the music I wanted to create.

What was it like doing the Calvin Harris track?
It was so fun. He’s so nice and talented—he’s a great guy. When I was working with him, I was super nervous because it was like, “Wow, imagine how many hits he’s been a part of.” We created a major song from it.

What’s up next for you?
Right now I’m touring. This tour is so much fun because it’s recharging me with all the energy from the fans. I get to listen to them sing to the music that I made every night. After this, I get to go on tour with Lorde overseas, which I’m so excited about.

Have you met Ella before?
I have. She’s so nice. I actually met her in New York. We had two separate studios in the same place. We were just talking and she was like, “You’re in the same position I was a few years back.” She said, “Just work your hardest.” She’s a crazy creative. I can’t wait to learn a lot from her.

Who are you listening to right now?
I love SZA. That’s an album I listen to on repeat. I’m listening to a lot of Fleetwood Mac for creative purposes—Kehlani, BLK, Russ and Frank Ocean, of course. He’s definitely one of my biggest influences.

How has your family reacted to your success?
My family is super supportive. My mom is my biggest fan. I don’t see them as much as I want to, but when I do, it’s always love. She sang in the military and retired not too long ago, but I’m so proud I get to live her dream.

Will you guys collaborate on a song?
It’s in discussion. We’ll see.

Was there anything you were hesitant about putting out into the world when you started to gain momentum?
I was definitely afraid to be as vulnerable as I was in my music because I didn’t know if it would connect with people. But I realized it wasn’t just going to help me, but it would help other people as well. Every night people tell me how much my music has had an impact on them. I just want to do more. 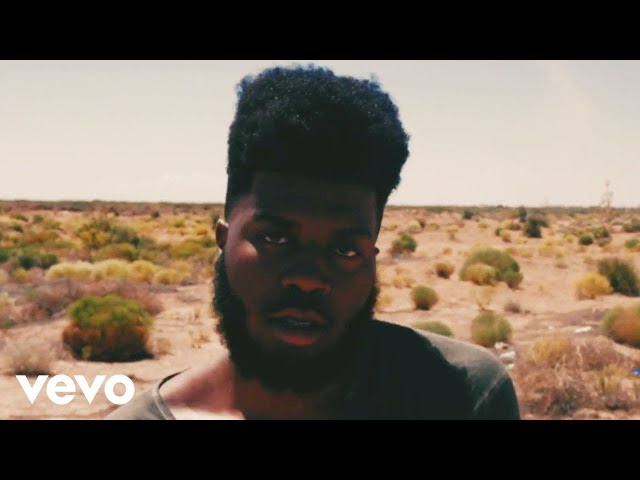