Next weekend, America’s Cup sailing races will be held in New York City for the first time since 1920. In anticipation of the big event, we spoke with Sir Ben Ainslie, who’s hoping to lead Britain’s team to victory. (In the 165-year history of the competition, the country has never taken home the trophy.) He’s particularly well suited to accomplish the feat. Before launching his current team Land Rover BAR, he won the last America’s Cup with Oracle Team USA in 2013.

RECOMMENDED: Guide to the America's Cup in NYC

Can you describe what actually happens at a race for someone who’s not familiar with the America’s Cup?
The America’s Cup World Series is fleet racing, so all of the boats race together at the same time. We do three races a day, and each are 25 minutes. So it’s all packed into a 90-minute window. There will be three races on Saturday and three races on Sunday. All the points from the races add up to create the eventual winner. Ultimately, it’s the team with the highest amount of points that wins.

This is your first time sailing in US waters since competing with Oracle Team USA, correct?
Yeah, that’s right. It’s my first time racing back in the US so I’m excited about that. My wife lived in New York for a year during the last America’s Cup so I spent some time there, it’s such an iconic city. Having it as the backdrop for us racing on the Hudson River will be very special.

Have you sailed in New York before?
I have a couple of times. I went on a tour with a boat from a sailing club down in the Battery Park marina. And more notably, I was part of the team with Richard Branson that tried to break the transatlantic sailing record back in 2009. That boat was based in Battery Park, and we left from there to take on that challenge.

Are there any unique challenges to sailing on the Hudson River?
Well, obviously it's a river, so the currents will be stronger and have a big impact on the racing. Also, the fact that we’re so close to some majorly tall buildings will have a big effect on the wind. The wind will be very disturbed because of the buildings. It will be a very tricky, unique race course for us as sailors, but with that iconic backdrop it will definitely be worth it. 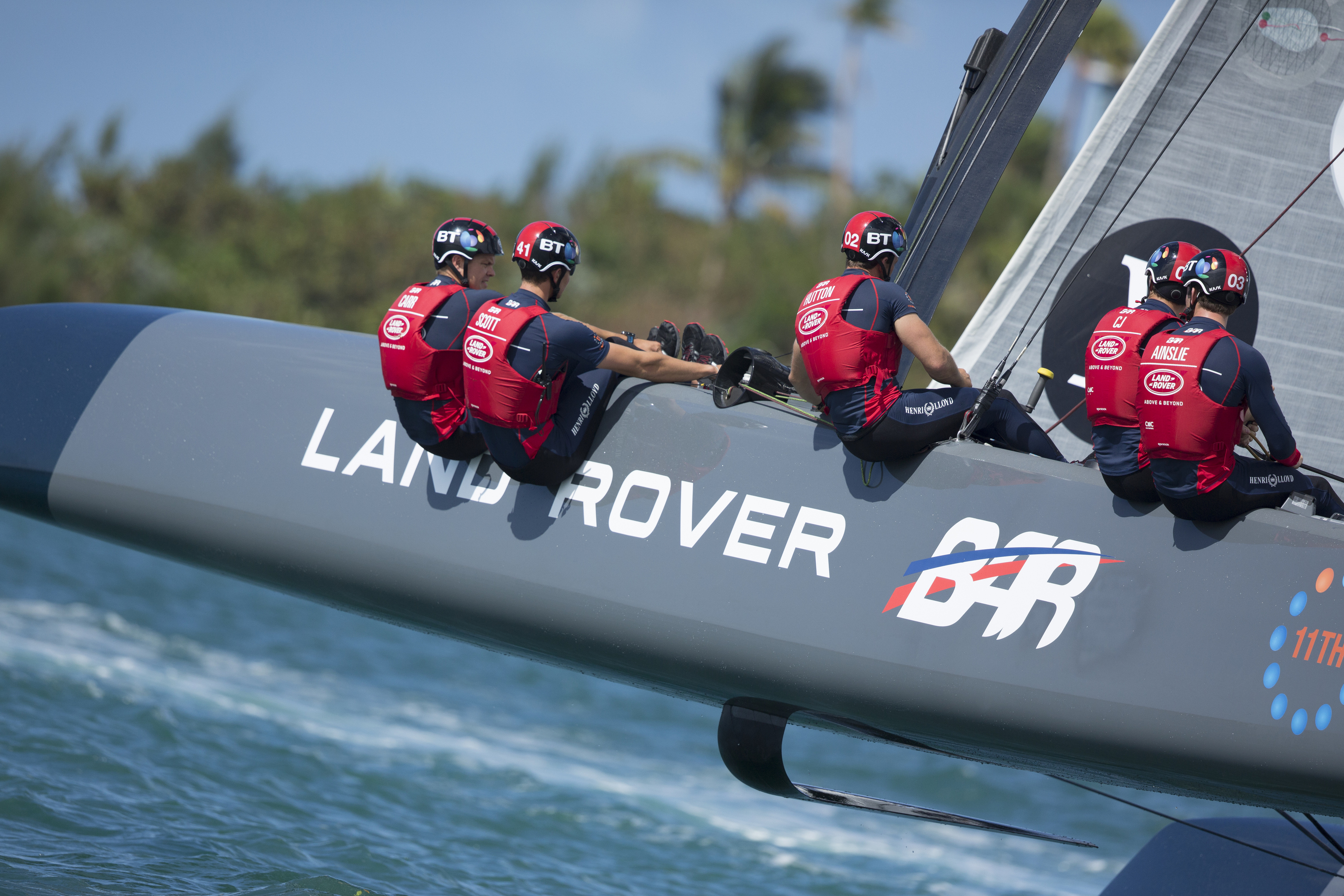 What kind of boat will you be sailing?
It's called the AC45F. It's 45-feet long with a 70-foot-high mast. It's got a team of five guys, and a wing sail that creates a lot of power. That helps the boat reach high speeds already, but there's also L-shaped daggerboards. When they’re at the right angle they create enough lift that it actually lifts the whole platform out of the water.

How long do you train for something like this? When did you first get that team together?
We’ve been up and running for two years now. We’re actually a team of over 100 people. It ranges from designers to engineers to a commercial team to a therapist. There’s a massive team in the background making everything happen.

You had a lot of success with Oracle Team USA in the last America's Cup. Why did you decide to launch your own team after that?
I’ve always wanted to win the America’s Cup since I was a kid, and, ideally, to win it with a British team. I was very fortunate to be involved with Oracle in 2013, but for me, the logical next step was trying to win it with a British team. We’ve never won the America’s Cup in Britain. It started here as a race around the Isle of Wight in 1851. It’s one of our last sporting hurdles that we’ve never actually achieved, so it’s a really cool challenge. Hopefully, we can get the job done.

How are you feeling about your chances of winning right now?
I think we’ve got a really good chance. We won in Oman in February, so we're really trying to continue that in New York. To do well in the US would be very important to us and all of our partners. For a new team, it's a real challenge. We would be only the second team in the history of the America’s Cup to win on our first attempt as a first-generation team. But I think we’ve got a really competitive program ahead of us if we can reach all our technical targets and sailing targets. I think we have a really good shot of being successful. 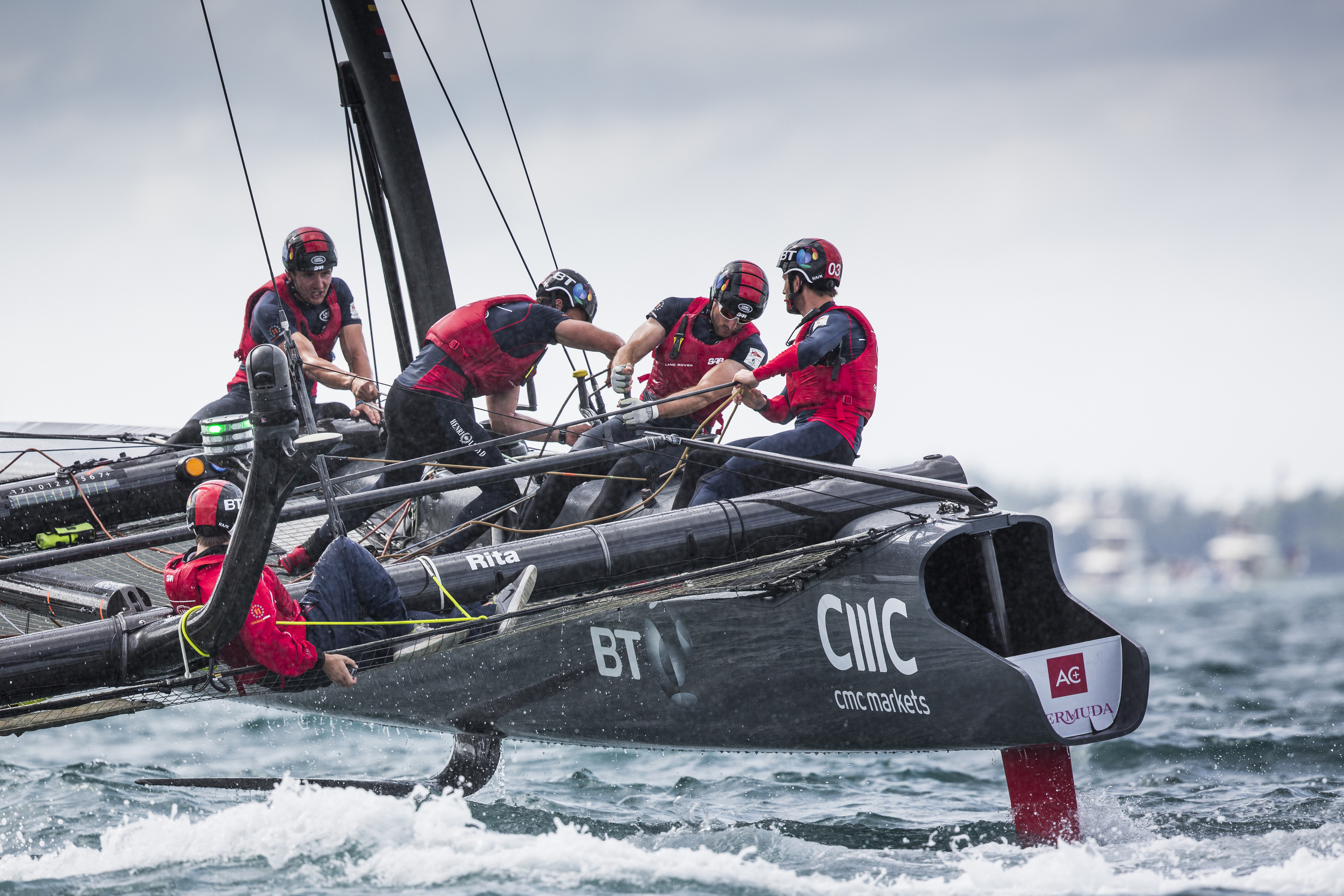