The 15 most exciting things coming to New York this year

Though we're already a few months into the year, there are a lot of things to look forward to over the next nine months. Here are the most exciting changes coming to Gotham.

1. Dining cars on the subway 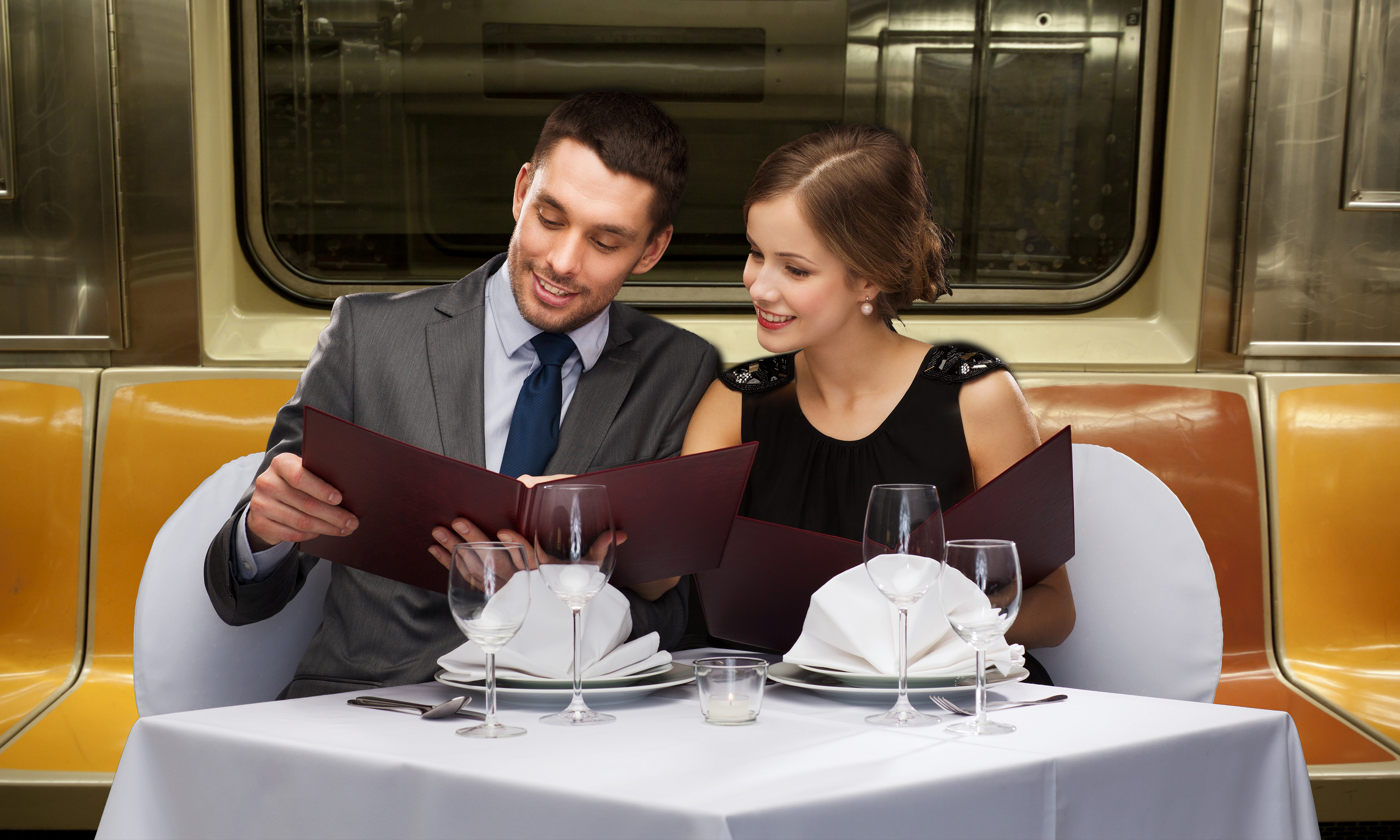 While the MTA can’t promise fewer delays, it can make those “train traffic ahead of us” announcements less agonizing by adding a dining car–upping their revenue in the process. Starting in June, one car on each train will start serving light fare such as coffee ($1.50), soda ($2), tea ($1.50), cereal ($2) and chips ($2), and, on 7 trains, there will even be hot dogs ($4) and ball park nachos ($5). You’ll never have to worry about eating breakfast at home again!

2. Slow walking lanes on the sidewalks in Times Square 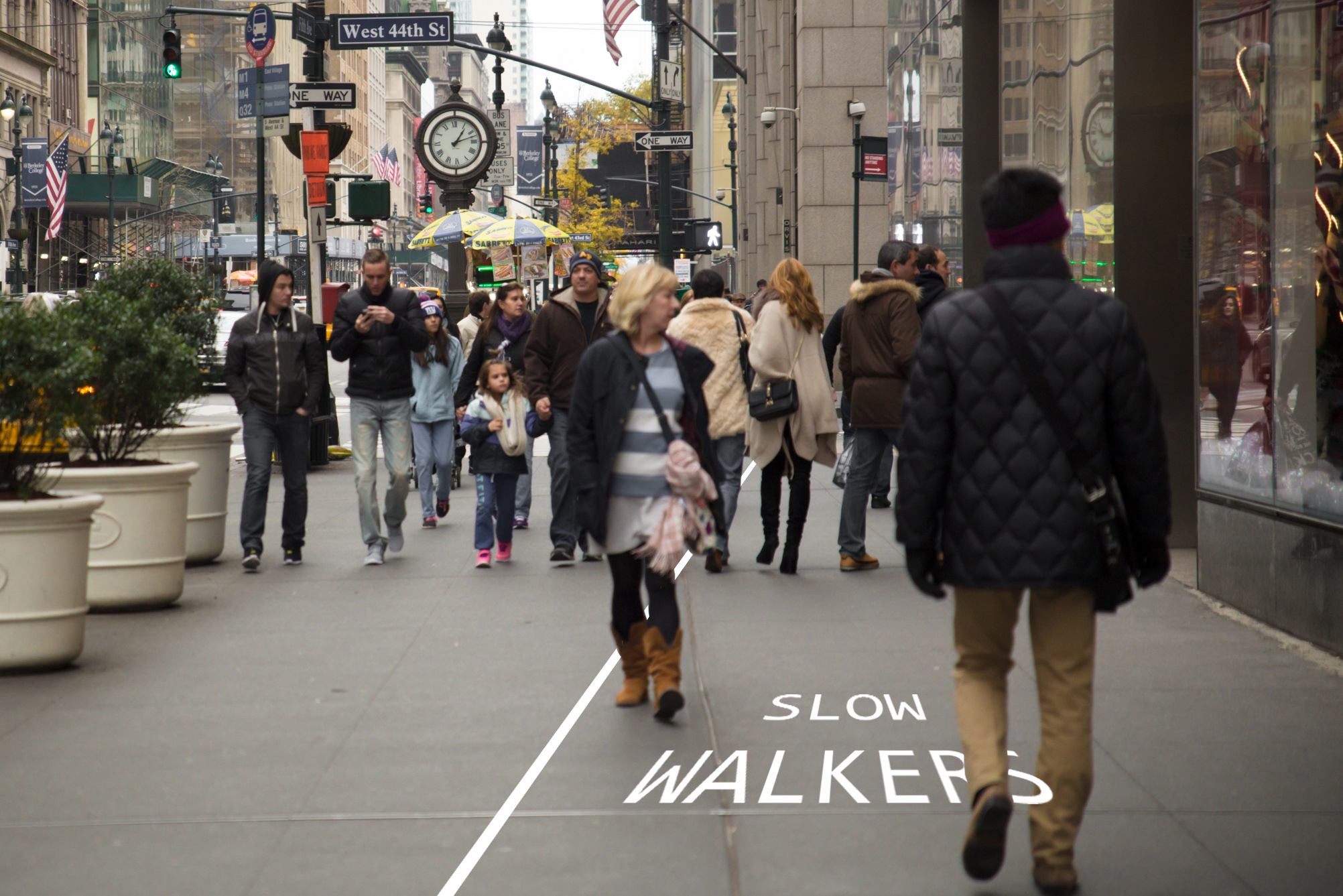 The age old conflict between tourists and locals–about whether tourists should speed up to accommodate busy New Yorkers or should Gothamites should slow down and not trample children–will finally be resolved. Due to a new initiative brought by City Council, slow walkers will be confined to a two-person-wide path when traveling through Times Square. Any persons caught moving slower than 140 paces per minute will be notified by a police officer and asked to move into the turtle lane, which, by the way, will also apply to locals who insist on texting while walking.

3. An affordable housing lottery opening in the Dakota 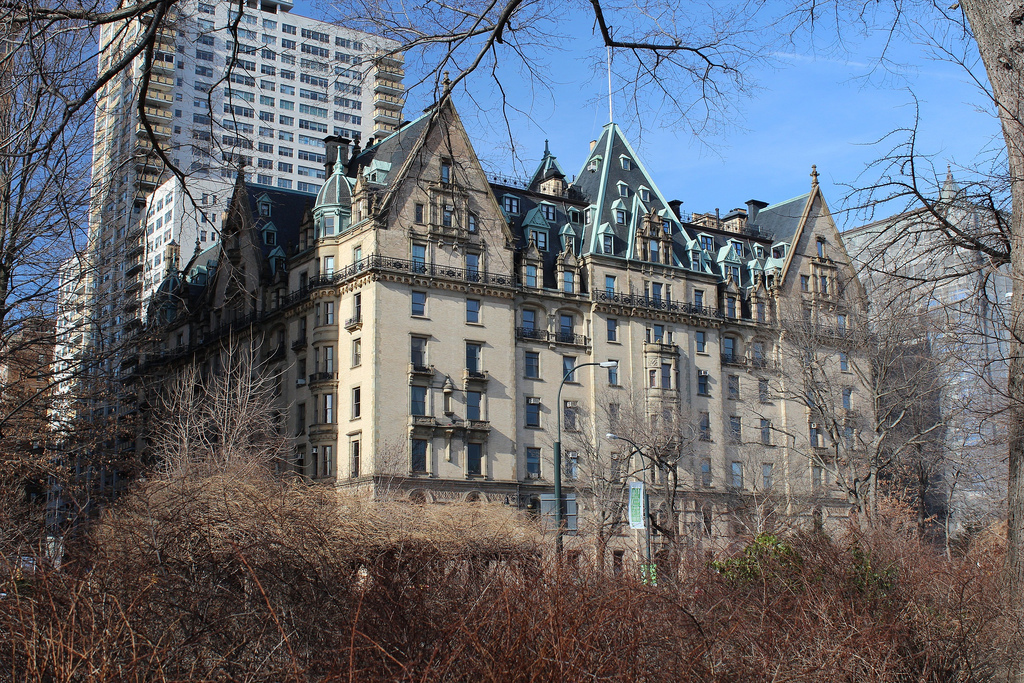 We’ve been pretty excited about affordable housing lotteries in the past, but no $532 per month studio in Brooklyn will get us as excited as we are at the thought of sharing an address with Yoko Ono—and, allegedly, John Lennon's ghost—for less than $2,000 a month. That’s right, one of the city’s most exclusive and luxurious buildings, which was once home to Lauren Bacall, Judy Garland and Leonard Bernstein, has three studio openings at $1,889 per month, but the lottery is open to only those making between $38,599 and $49,211 a year.

4. A swim-up bar in McCarren Pool 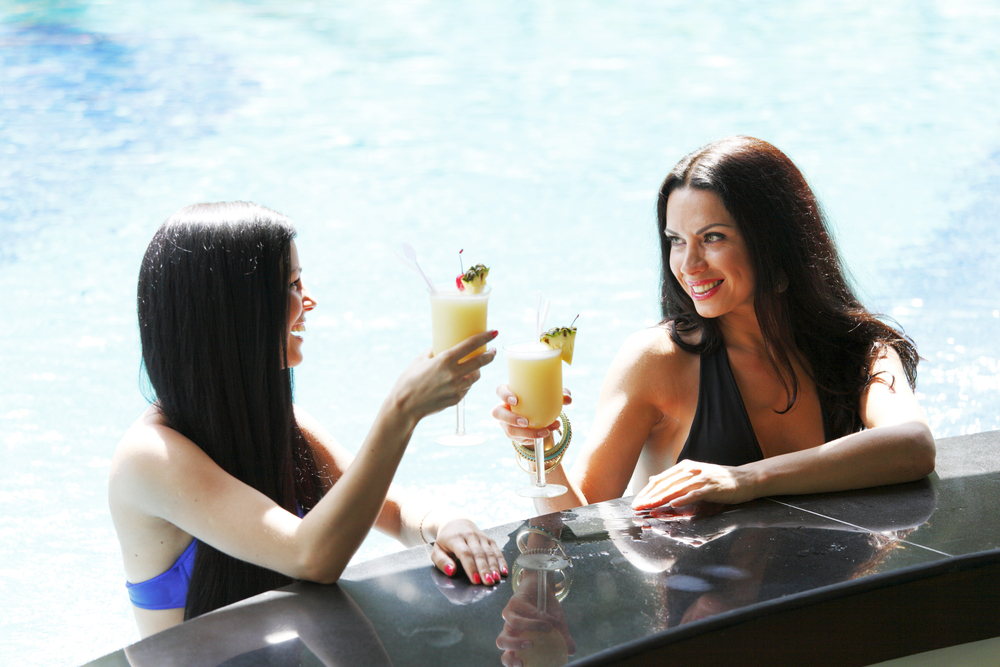 After a lot of initial excitement about the reopening of this massive 37,571-square-foot Brooklyn pool in 2012, the spot has gone mostly neglected by the cool crowd living in adjacent Williamsburg and Greenpoint. Now, in an effort to gain more money and attention for McCarren Park, the Parks Department has built a swim up pool where you can order beachy drinks like strawberry margaritas ($12), pina coladas ($12) and Mai Tais ($14).

5. Hamilton will be free all summer at the Delacorte Theater during Shakespeare in the Park. 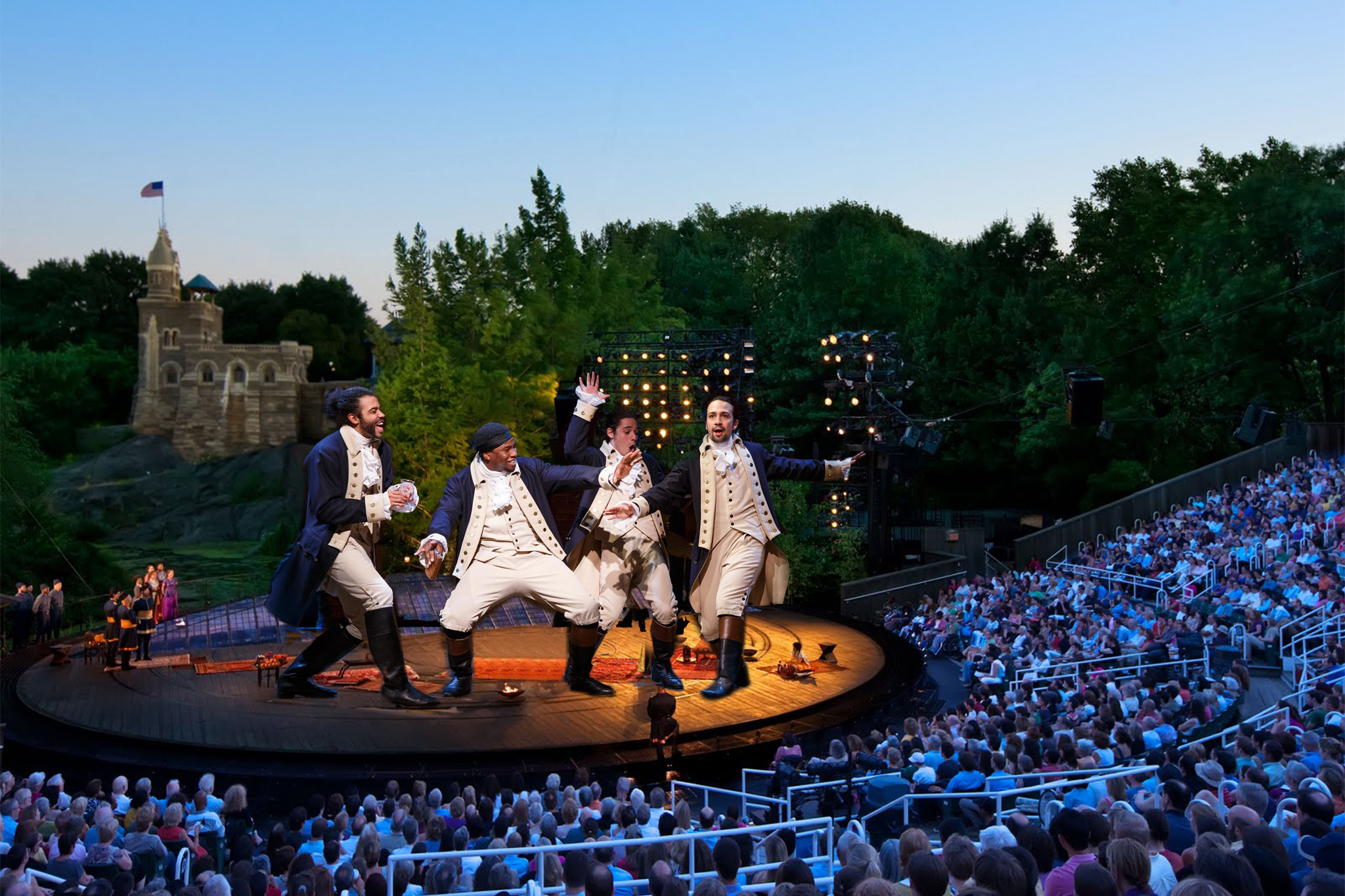 Think Lin-Manuel Miranda is basically the 21st century's Shakespeare? You’re not alone. This summer, instead of offering the usual, tired mainstays–Macbeth, Romeo and Juliet, Hamlet–The Public is bringing Hamilton to Central Park’s Delacorte Theater. Like always with Shakespeare in the Park, tickets will be available on a first-come-first-serve basis, so get in line early (like, bring a tent, diapers and a week’s rationing of food) for a chance to see the show live. 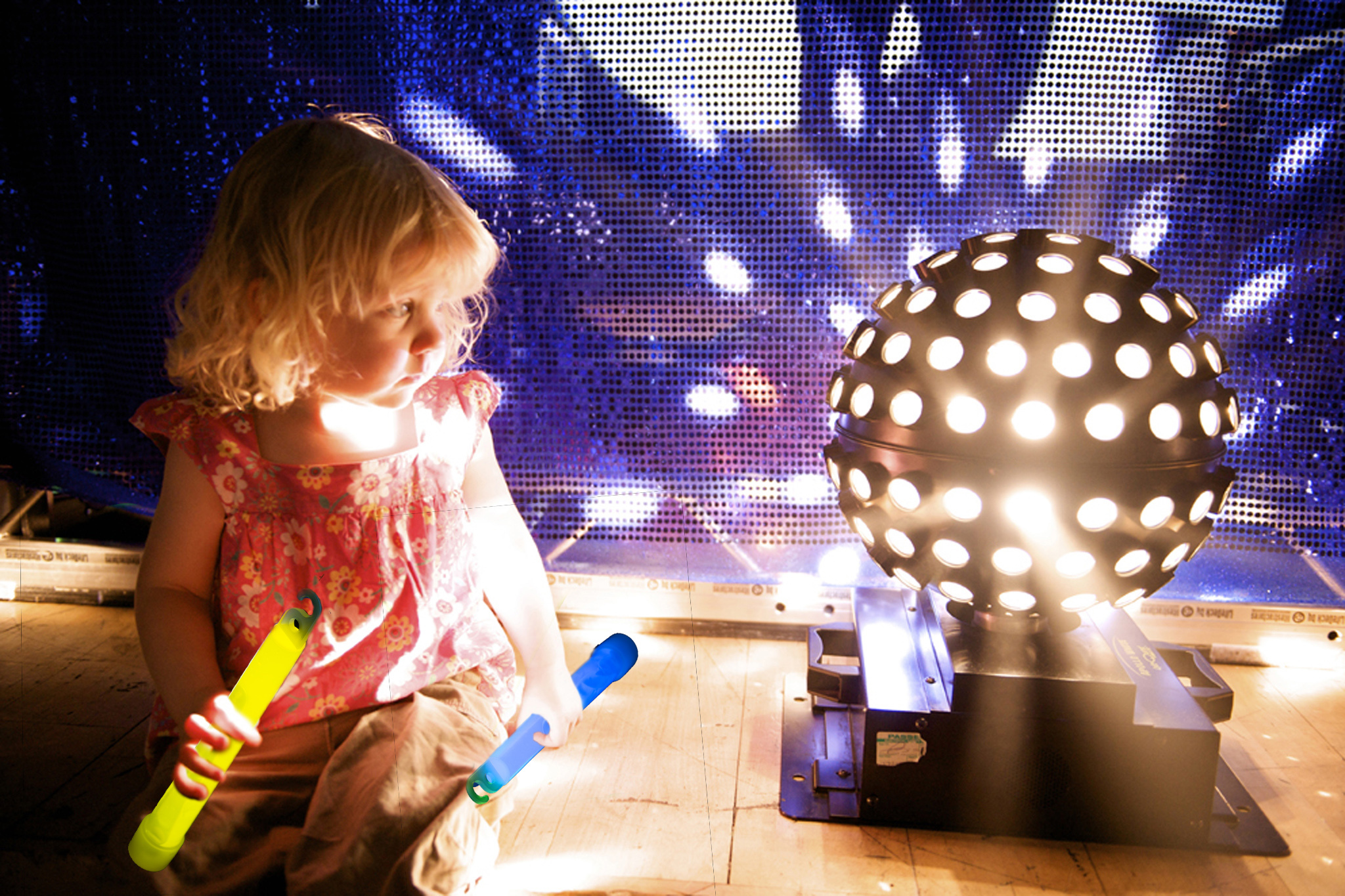 Pastel pink and baby blue are so over. Have the coolest son or daughter at Gymboree class when you dress your toddler in neon leg warmers and let them teeth on non-toxic glow sticks. Everyone knows chubby baby bellies are super cute, so go ahead and embrace the crop top look. When little Atticus or Titania grows up and sees their preschool class photo, they’ll be glad they had such rad parents.

7. You can pet a rescued sewer gator at a new petting zoo for NYC’s “rehabilitated” wild animals 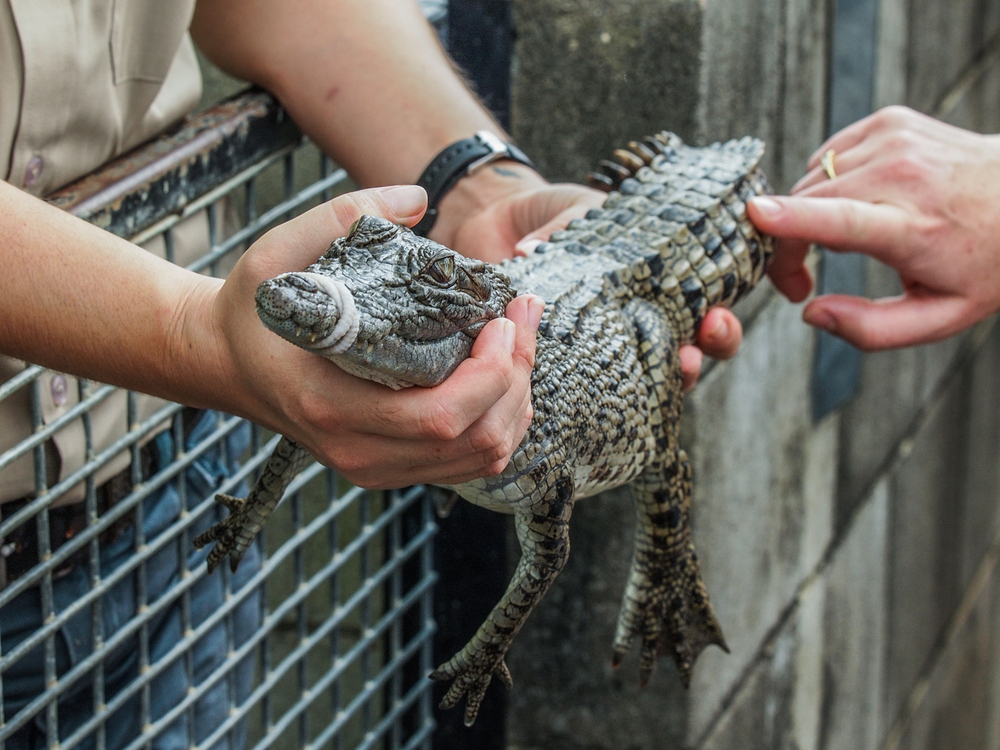 Not content with simply running zoos in Brooklyn, Manhattan, Queens and the Bronx, the Wildlife Conservation Society is bringing their most hands-on wildlife park to Staten Island. At the Richmond County center for rehabilitated wild animals, not only will you see (and touch!) the aforementioned gators, but also rats as big as cats, a raccoon that was raised by squirrels and that coyote your cab driver swears he saw near the West Side Highway.

8. The latest food trend: rainbow crofroyonuts (a hybrid rainbow croissant-donut with fro yo) 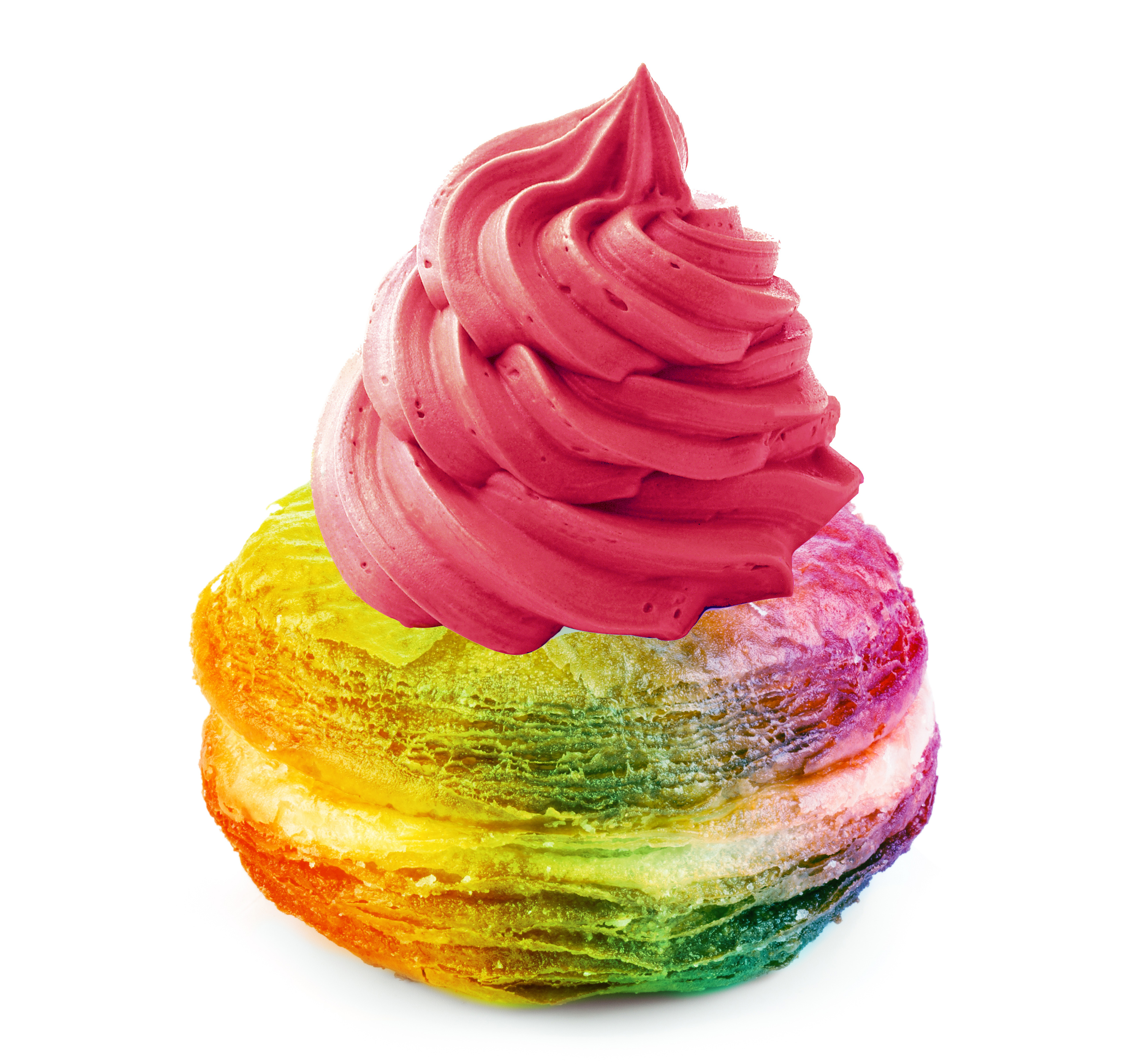 It’s no secret that New Yorkers love our hybrid foods, but this newest addition to the genre from Dominique Ansel, the mastermind behind the Cronut, is a game changer. The buttery croissant has the glaze and sweetness of a donut, but when you bite into it your mouth is met with Pinkberry’s tart, delicious frozen yogurt. The rainbow colors make it as pleasurable to the eyes as it is to the taste buds.

When homes started to collapse in Sunset Park due to a sinkhole, everyone thought the circumstances to be a tragedy. But now that the rubble is clear, we know better. Sunset Park’s sinkhole was actually an underground hot spring that stays a pleasant 88 degrees year round. The Green-Wood Spa–named for the famed nearby cemetery–gives visitors a chance to soothe their skin in those natural minerals.

10. This summer, you can rent East River water trampolines If this summer is a real scorcher, don't suffer inside! Instead, head to this latest offering from Brooklyn Bridge Park. For $25 per hour, you and your buddies can take turns hopping and bopping on the gentle waves of the East River. Show off your best flips and tricks, and remember: Falling into the water is part of the fun.

11. A ketchup sommelier will open shop next door to the mustard sommelier. 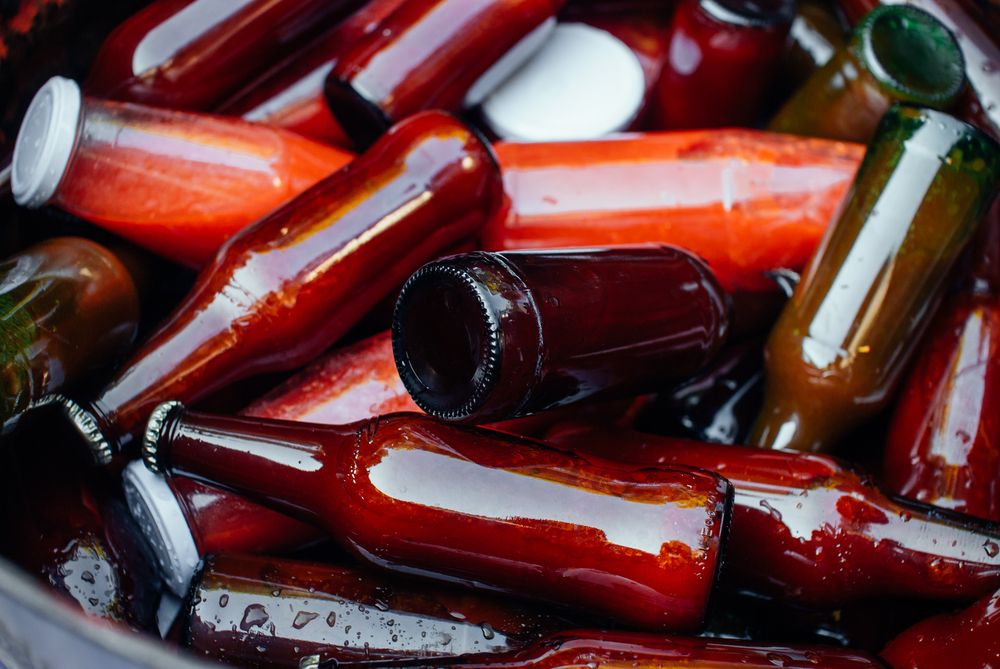 Considering how much New Yorkers love our hot dogs, it’s surprising how long it’s taken for us to get the condiment stores we deserve. If you ever thought “eh, mustard is just not my thing” or “ketchup is just sweetened, water down tomato sauce” then clearly you need the help of a specialist. Allow the trained sommelier to guide you to the brand and style of sauce you’ve been waiting for all your life–but when you’re in the mustard store, don’t you dare bring up ketchup.

12. Kids-required bars to open in Brooklyn, where you must bring a child with you to enter. 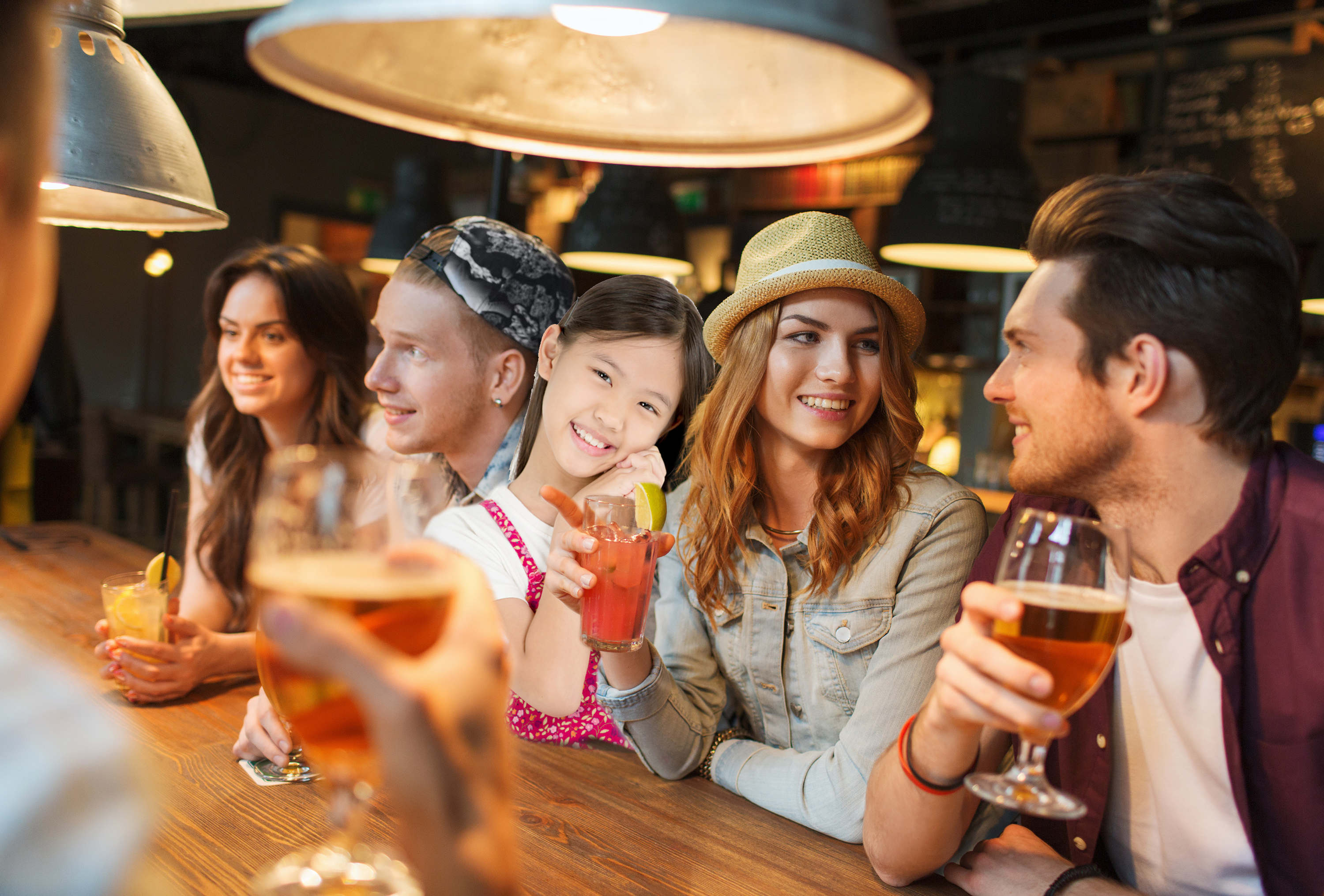 Tired of the snide comments from child-free customers at their local watering holes, Park Slope couple Lulu and Bryan Dempsey are opening the first kids-required bar on Fifth Avenue, The Korova Milk and Booze Bar. In addition to checking IDs, the doorman makes sure each group of grown-ups has at least one child 10 years or younger with them. (Parties of more than five adults are expected additional children.) Once inside, enjoy specials like Mommy Martini Mondays ($8 martinis) and Salty Dad Sundays ($8 Salty dogs)–the extensive selection of flavored milks should keep the tykes happy while you booze. Ah, who hasn’t looked upon the sea of aggressive costumed characters in Times Square and wished they could just cross the street without worrying about getting groped by Elmo? Luckily, thanks to new legislation, you won’t have to see them anymore! Not only will they be secluded to specific zones, but the fence will shield our eyes from their subpar costumes and unruly attitudes.

14. In and Out Burger is opening in New York City At long last, California’s beloved hamburger chain is coming to Manhattan! Finally, the West Coast will stop lording their juicy, affordably priced beef over our heads. (But we'll still brag about Shake Shack.)

15. The second avenue subway will open ahead of schedule! 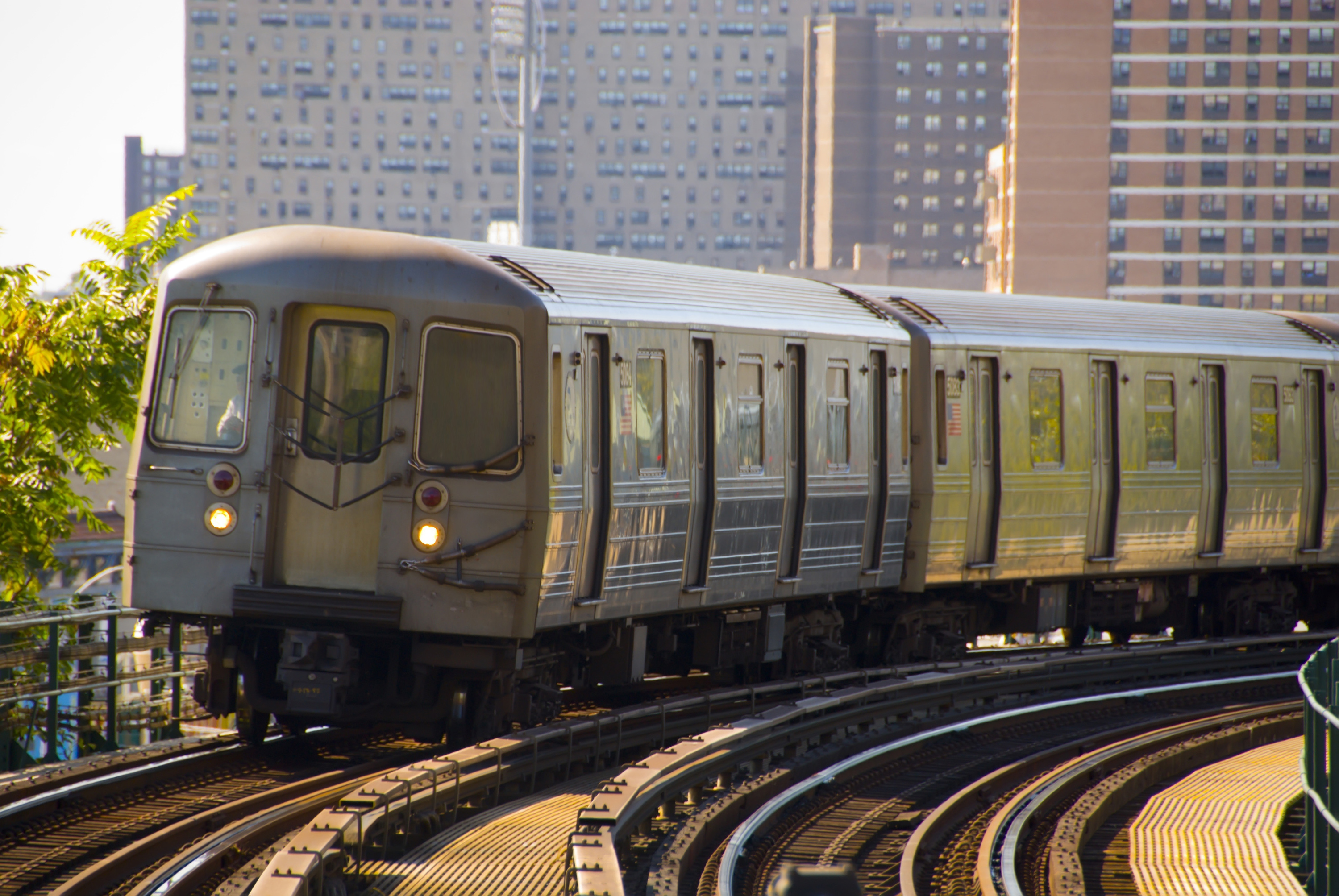 We know, we know, we’ve been burned before, but this time the MTA is serious. Expect to start riding the subway all the way from the East Harlem to downtown’s Hanover Square on May 16th!