Uber and Lyft may be gaining ground in the battle against yellow cabs, but if you cherish the experience of being locked behind a plexiglass cage in a germ-ridden van, Airbnb has the perfect digs for you. Verified host Jonathan is offering users a night in a defunct Long Island City yellow cab for $39 a night. 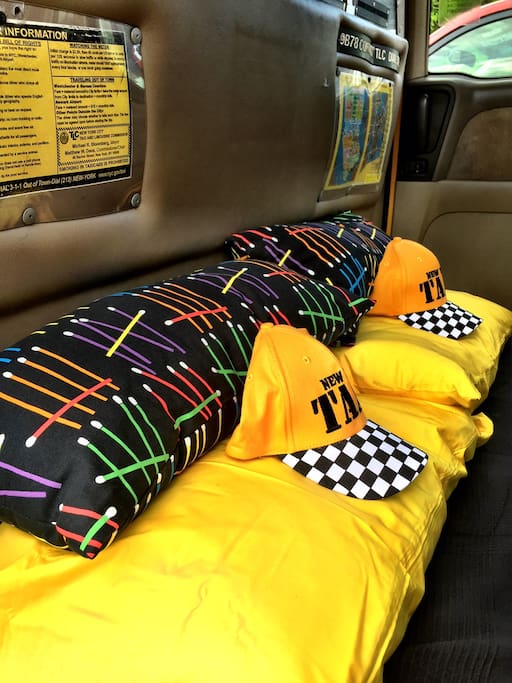 The van operated from 2012 to this year ("From actors to real estate tycoons," Jonathan writes, "the cab drove thousands of people around the bustling streets.") and has been refurnished with a mattress, bedding and a portable air conditioner. Sitting near the Vernon Blvd-Jackson Ave 7 station directly across from Murray Hill, the car husk gives guests an admittedly stunning view of the city—at least when you're not looking at nearby construction work, passing strangers or other creepy parked vans nearby.

Some users relished the adventure, not minding the dearth of amenities like internet and bathrooms. User Alesha wrote that "although we weren't right by the water, we were in a great location close to the subway and right across the street from a cool cafe where we could freshen up and charge electronics." Lovely! 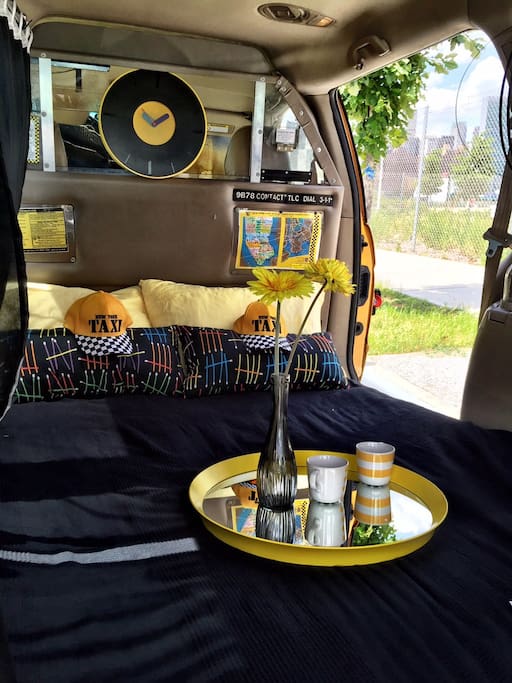 Others contributed the kind of reviews one would expect when considering sleeping in a stranger's van. In June, Briana wrote that the cab "stinks like crazy!" and that she "felt very weird with the two other vans of people parked behind the taxi. The van was parked across from an industrial looking building on a dead end street with a chain linked fence and construction looking zone across from it... it felt like a sketchy area. Not to mention the van was in great disrepair, looked dirty, doors hard to open, and the mattress and bedding looked less than inviting."

Still, if you're looking to visit the city for cheap thrills and you don't mind sponge-bathing in a restaurant bathroom, this $39 accommodation could be the perfect cheap hotel for you.