My Account My Profile Sign out
My Account
Search
Worldwide North America United States New York State New York Kate Zambreno interview: ‘I am probably more interested now in ugliness’
In the four years since the publication of her first novel, O, Fallen Angel, Zambreno has developed an impressive fanbase. Whether via her impassioned (and now shuttered) blog, Frances Farmer Is My Sister, or her critical memoir, Heroines—both of which invigorated a new feminist discourse through Zambreno's cutting examination of women relegated to the margins—a cult of readers found and flocked to the author. This well-deserved interest and critical praise led to Harper Perennial's recent re-release of Zambreno's 2011 novel, Green Girl, previously published by Emergency Press.

I caught up with the author to discuss the new edition of this exceptional and emotionally charged work.

To start us off, the phrase "green girl" comes from Hamlet; Polonius says to Ophelia, "You speak like a green girl, unsifted in such perilous circumstance." Did that term inspire the novel, or did you come across it later? What other green girls influenced your character Ruth?
Over the years I was writing Green Girl, I was also thinking and writing about the ideas that would come to form Heroines, and in Heroines, there's an extended passage where I write about how Ophelia is represented as mad in her grief, wailing and moaning and drowning herself, unlike Hamlet, who plays mad but is allowed to be the angst-ridden philosopher. Ophelia was one of my many inspirations for Ruth, an attempt to find a sort of strangled interiority, along with medieval mystics, the early films of Catherine Deneuve, Jean Seberg, a breaking-down Britney Spears, Renee Falconetti as Joan of Arc, so many girls I had known and observed, including myself. I liked the title and that line.

Green Girl has one of the most vibrant and jarring openings I've ever read, as the "I" (the writer) describes birthing Ruth, and the narrative continues this structure, with interjections from the writer, never letting the reader forget that it's a story. Can you tell me a bit about how you came across this way of telling Ruth's story?
Green Girl extends beyond Ruth's story, and the narrator helps propel this; it hopefully functions as a meditation on many things, on consumerism, self-awareness, the city, vanity, desire, alienation, how gender plays into all of this. And more than anything, it's a meditation on writing, on the act of literature. The beginning sets up that an author-narrator, an ambivalent mother figure, is considering this character Ruth, is wondering about her creation, in some ways elegizing her youth, feeling sometimes such tenderness and other times such irritation and violence for her. Also, when I wrote the beginning, I was reading a lot of [Samuel] Beckett. His novel Murphy—also following an emotionally and morally paralyzed character working a shit job in London—was really important to me while writing Green Girl. And then also the disembodied voices of the Beckett trilogy, speaking into the impossibility of writing, into the void.

When you were on Twitter, you wrote one of my favorite Tweets ever: "Maybe I don't want to be hot and fuckable. Maybe I want to be scary and grotesque." Do you think this relates to Ruth too? I'm thinking particularly of the scene in which she chops off all her hair, a quintessential act that always reminds me of Robin Tunney in Empire Records.
In Green Girl, I was interested in this pretty ingénue often represented as muse in literature and film, and attempting to show an interiority that was at times beautiful and at times ugly. I think I'm still writing toward my own feelings about vanity, about frivolity, about beauty, but I am probably more interested now in ugliness, in the tender grotesque. I think Ruth desires to not have a face at times, to peel off her face, to have the eyes not on her, to be invisible—but this is also such an intense dread. All of this is played out in the haircutting scene—I was thinking of Britney Spears shaving her head, but, yeah, Empire Records, that's a great reference. But the absurdity of what happens when Ruth cuts her hair is that the public still commodifies this as cuteness; she becomes another type of femininity, a gamine Jean Seberg.

In many ways, Green Girl is a novel about viewing: the writer viewing her character, the character viewing herself and imagining how others view her. How much were you thinking about voyeurism when you were writing the book and about how that viewing necessitates a certain honest unpleasantness, like writing about Ruth's diarrhea at work or Agnes's abortion?
I thought about voyeurism and surveillance a lot. It is still something that intrigues me, and I think it is also an extremely contemporary horror or dilemma. In Green Girl, I wanted to foreground that a narrator is watching Ruth, that Ruth is watched out in public, and also in public she is watching herself, which also fills her with nausea. She is not allowed to be anonymous in the crowds. But I also feel compelled to write about what characters are like when they are alone. That is what obsesses me, still now, and I don't know why the realities of the disturbances of our bodies should be glossed over, seen as too unpleasant. That feels really sanitized to me. Speaking of Agnes's abortion scene, I just thought of it as an everyday experience for these characters; it wasn't transformative or overly traumatic for either of them—it just was.  If I have qualms about the novel, now, if I was going to go back and rewrite it, I would make it more feral, more disgusting.

And finally, can you tell me what you're working on now?
All of this, still, circling around all of it. The loneliness and the city, memory, alienation, publicity, paranoia, vanity and ugliness, silence and the scream, political depression, community, fragments and fragmentation, desire and yearning, a love affair with literature. Another novel, of a published woman writer, that is in some ways a sequel to Heroines. I'm calling it Switzerland. I like the immensity of that. 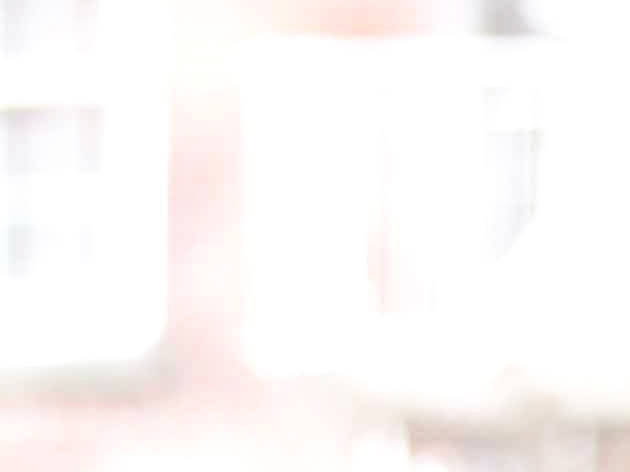 Join Kate Zambreno for a reading from the newly revised edition of her exceptional 2011 novel, Green Girl. Author Adam Fitzgerald accompanies Zambreno for a conversation about the work.