Phoebe Robinson on her new book of personal essays

The New York-based stand-up superstar speaks about 2 Dope Queens, her new book of essays and diversity in comedy

We live in Phoebe Robinson’s world. The very funny New Yorker has quickly skyrocketed to prominence with her podcasts and WNYC radio shows Sooo Many White Guys and 2 Dope Queens, the latter of which she records live with comedian Jessica Williams at the Bell House. Before launching her book, You Can’t Touch My Hair and Other Things I Still Have to Explain, at Housing Works Bookstore Cafe on Tuesday, October 4, Robinson spoke with us about her career, her fans and haters.

Where do you want to take things next, now that you’ve conquered writing a book?
I want to have a career where I can do anything that interests me. I definitely want to do more TV. I’ve thought about writing and directing a short film. I like having my face on camera, but I also want to nurture and develop other talent, and write and produce things for other people that I think are amazing, and show them in a way that they haven’t been seen yet. I feel like the next step in the building of my empire is to develop projects that don’t necessarily surround me, and still do my performance stuff.

How has your audience changed? Have you seen any difference in who is coming to your shows?
WNYC really did a great job of marketing and promoting the 2 Dope Queens podcast. Our show was always very sex positive, feminist, LGBTQ+ friendly, and for people of color. What’s great is that now that we’re at the Bell House, which holds 400 plus people, we get to see a very diverse audience. There are older people and younger people, people of all races and genders, so it really feels for me like I am able to kind of have a wider and bigger audience, which is what I want. I’m really excited to see a lot of people in color doing comedy. A lot of shows just have white people performing stand-up. So to see me, or Michelle Buteau or Nore Davis, [audiences of color] really get to feel like their experiences are reflected back to them, and maybe that will encourage them to see more stand-up shows.

I wanted to ask you about the state of Black comedy but I don’t want you to feel like you need you need to be the person who knows everything about this.
What is cool right now is that we have Donald Glover’s show Atlanta, and Issa Rae’s Insecure coming out and Nicole Byer will soon have a show on MTV. Jess and I do this podcast. We weren’t waiting for someone to tap us to do something. Issa Rae started out doing her webseries, and then worked her way up to HBO. Donald started out just doing sketch. Because there are avenues where people can create their own lanes, everything feels so inclusive right now, and it seems like there are so many people of color breaking through the mainstream. I think we’re in a place where if you’re creative, you have something to say and you’re talented, you can build an audience. You might not end up on HBO like Issa Rae, but you will have a career. People are recognizing that there are multiple stories in the landscape.

I think it’s interesting that you didn’t mention any movies. When I grew up, movies with Black stars like Eddie Murphy and Whoopi Goldberg were beloved by everyone. But now, it’s as if movie producers assume that white audiences won’t want to see black stars.
Film is in a really interesting place right now. So much of it is being driven by comic book movies. It’s whatever can kind of translate to everyone. You don’t need to speak English to watch the latest Bourne movie. There wasn’t much dialogue, so you can sell it everywhere and make a lot of money. When language is a huge factor in the story, I think it’s harder. We were trying to do some stuff with my book in the UK, and some of the pushback was: “your humor is very American, but it just doesn’t land here the same way it does in America.” The way that things are, it’s hard for a movie to be led by a woman or a person of color to do well internationally. I think people have this misperception that someone in China can’t relate to a Kerry Washington.

People have to be willing to take a chance. Before Bridesmaids came out in 2011, we were thinking that nobody would want to see a movie like that. It’s crazy. And then it worked and everyone was like yeah, what huh? And it’s like: yeah! Women are half the population. We actually go to see more movies than men. We read more books than men. We listen to more music than men do. For some reason, we live in this world where we have to cater to the 18-34 male demographic and it’s like: that’s not where you’re going to make the most money. They just did a statistic that if Latinos stopped going to the movies, a lot of them would tank. We have a lot more power than people are willing to give us, and movies and TV shows should be reflective of people who go to theaters, and not act like nobody wants to see Black people, or Latinos or Gay people.

After the online attacks on Leslie Jones, I wanted to ask you how you’ve dealt with harassment— as a person of color, in your industry, and as a woman—and what your advice is for creative people who are really sensitive.
I am still so shocked by the stuff with Leslie. I have never seen anything like that. It’s shocking and depressing. I don’t get harassment on anywhere near that level, thank goodness. But I’m a big proponent of blocking people. You say something racist, insane or rude, I block you. I think that when Sooo Many White Guys came out, that was kind of hard. I shouldn’t have checked ITunes the day it came out, but I was so excited. And there were a lot of one star reviews, people saying I’m garbage, I’m a racist and that I was obviously a pity hire. People were trying to vote it down so it wouldn’t be on the iTunes homepage. When it was happening, I didn’t tell anyone. It definitely helps to talk to friends about it. People are going to harass you and treat you like crap. It’s not about whether or not you have a thick skin or a thin skin. Unfortunately, it comes with the territory. It’s good to have a support system so you won’t feel depressed and lost. Whatever you’re doing, you have to focus on your craft and remember that it’s not about feeding into the anger. You have to remember why you got into whatever field you got into in the first place, and that will help you through the rougher times. 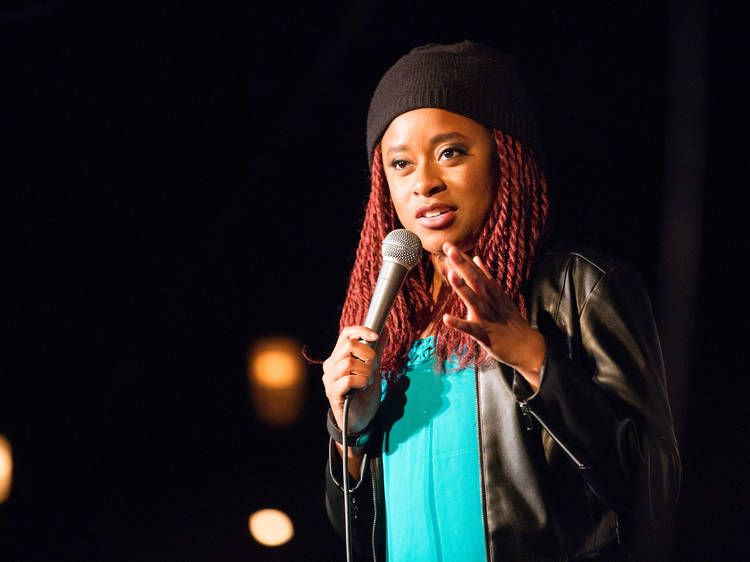 To celebrate the release of her new book of personal essays You Can't Touch My Hair and Other Things I Still Have to Explain, stand-up powerhouse Phoebe Robinson speaks with the Daily Show's Hasan Minhaj about her inspirations, her podcasts and what's next. 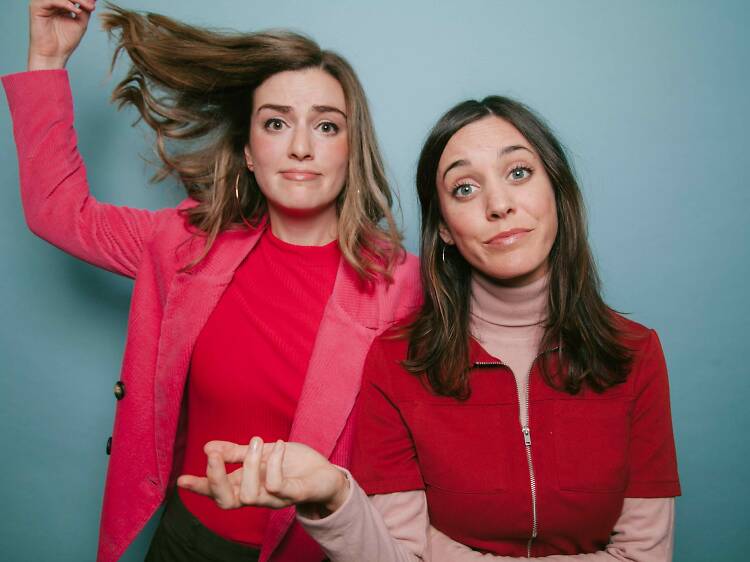 The best comedy shows in NYC this month