Ruby McCollister is a downtown legend

Talking New York and Old Hollywood with the actress, comedian and style icon

Though downtown NYC has been reduced to a pigpen of Duane Reades and Chase Banks, its essence endures in the outsize, cinematic characters that still hold court onstage. Ruby McCollister stomps through the city’s comedy, fashion and indie-film scenes like a diva from an age that feels both bygone and imminent. Before launching the new season of her beloved cult web series, Zhe Zhe, and bringing her So Fashionating podcast to Caveat on April 3, we spoke with the oracle about escaping Hollywood and performing in New York.

Let’s start with fashion.
I think I’m most inspired by the subconscious zeitgeist of fashion, not necessarily by what is fashionable. The detritus of consumerism, for lack of a better word. Fantasy happens there, in everything we discard. The Jewelry District is a place where I often find myself for hours looking at rhinestoned bras and unicorn rings [laughs]. Costume jewelry is a major source of inspiration, though I don’t wear it myself. Oftentimes I buy a piece of costume jewelry that lasts, say, a week or two, and I plan all my outfits around that piece. My favorite piece of all time is this large horseshoe necklace with chartreuse, huge rhinestones in the horseshoe. And it embodies everything, it’s sort of self-mocking a little bit, I feel humiliated in it, as well as really, really chic.

But there’s a huge Jewish tradition of wearing costume jewelry. It’s generally a theatrical expression, like Carrie’s whole ghetto-gold comment in Sex and the City. She ruined a lot of playful aspects of fashion for everybody. And she removed the theater from it and replaced it with whimsical heterosexuality, which I’m not so here for, as much as I’m here for the ambiguity of playfulness. That’s what I’m interested in in fashion in general: It always comes from a theatrical place or a vaudevillian place, or it’s responding to that. 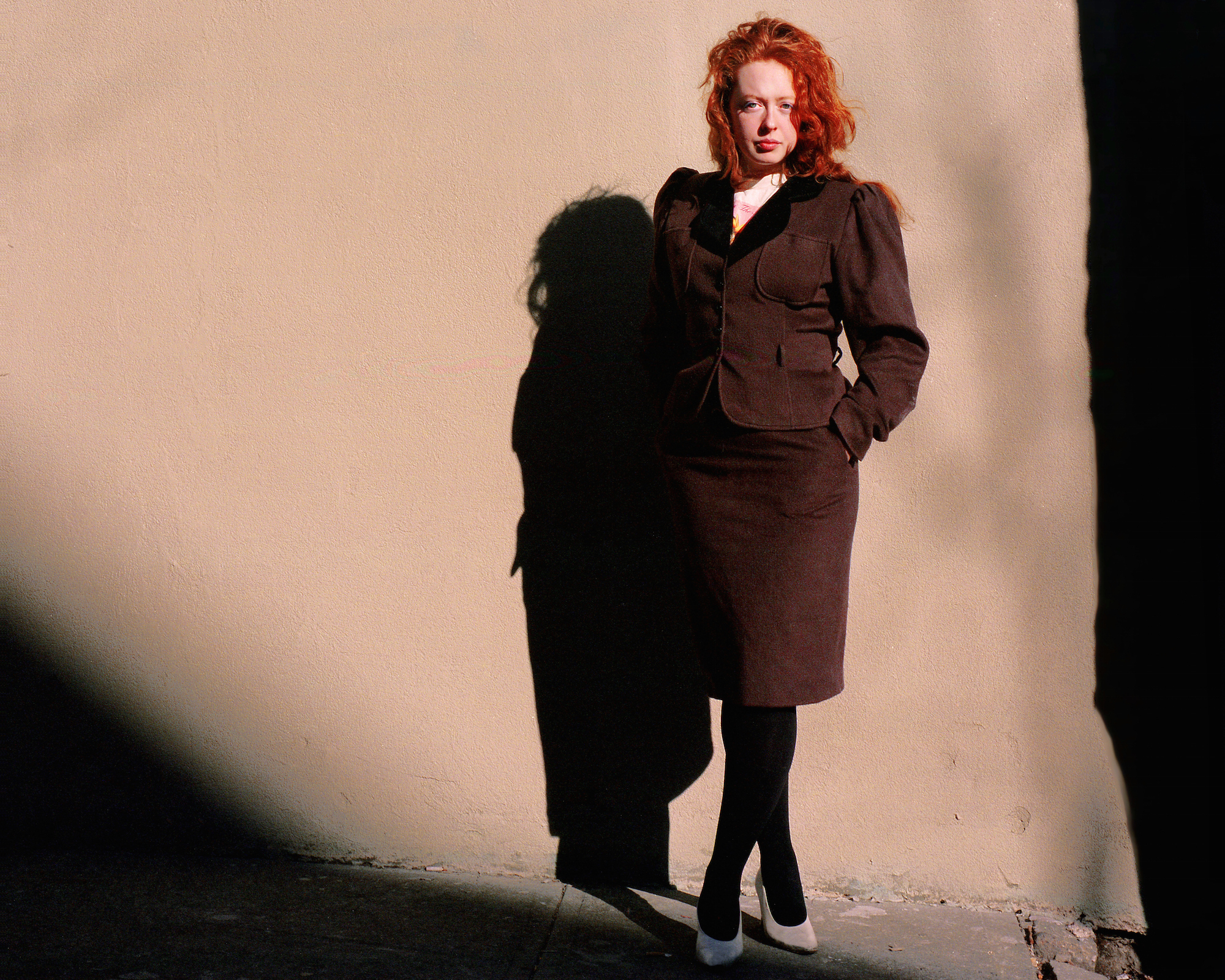 And you identify as a cosplay queen.
[Laughs]. God. I’m a wannabe cosplayer. I identify as a dork, and not a nerd, which is really a sad thing for me; I’d rather be a nerd.

Dawn [Michelle Trachtenberg’s teen sister character on Buffy the Vampire Slayer].
I am Dawn. I actually am Dawn, which is really upsetting. Because I didn’t know that I was Dawn.

She starts out as this major cosmic player, but by season seven, there’s a conversation where Giles says: If you had to choose, Dawn or the world, would you choose Dawn again?
People would definitely choose me over the world. My Buffy would. But I also don’t think she’s that annoying. I’m obsessed with Michelle Trachtenberg, though. I’m obsessed with her career and I’m obsessed with how big boobs ruined her [laughs]. The tits came in and she had to get fucked in a Roman church in Eurotrip. It’s so crazy how she was pornified, this really empowering female actress for like a whole generation. For the millennials, Michelle Trachtenberg is a huge, huge, big, big deal. 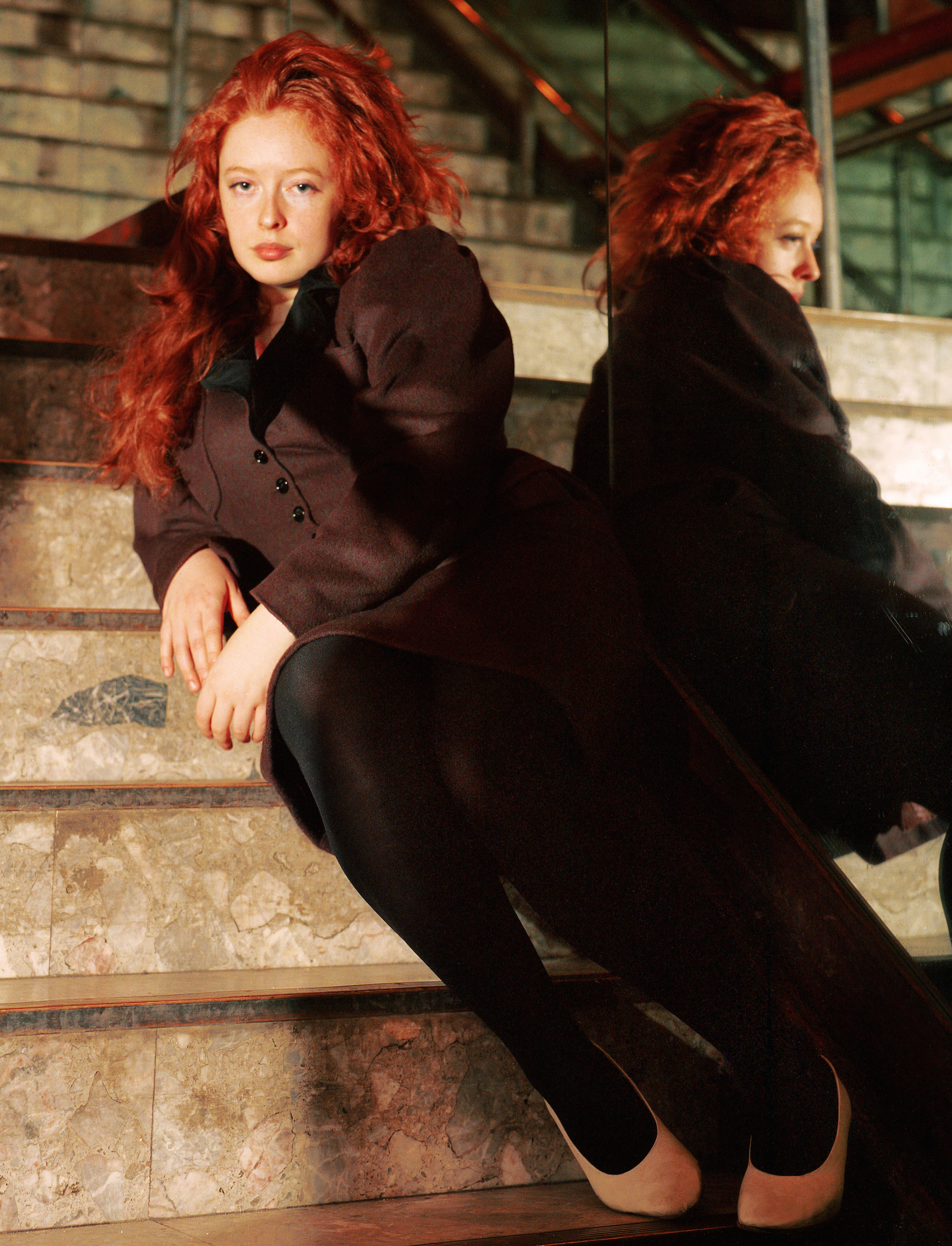 Where do you like to perform? Shows or venues?
It’s always in flux. But right now, the Slipper Room has the best vibe. I love going to the Slipper Room, I love performing there. It’s my fantasy, it’s my Bronze equivalent—on my television show, the hangout is at the Slipper Room.

You really seemed so in command when I saw you there.
Yeah, I feel in command. I really like the audience above looking down, it’s very evocative of performance being religious. It’s omniscient.

Any other venues where you’ve enjoyed seeing shows?
I really like The Box. Because I’m an old, old gay man. I’m an ancient, decrepit gay man. But shout out to the Box. And I need to shout out MX Gallery, which hosted my monthly comedy show Ruby's World and also Slash, written by my Zhe Zhe collaborators Leah Hennessy and Emily Allen. I do like seeing things at The Duplex, but it is complicated. It’s a little haunted.

There is a sense of not knowing which generation the Duplex belongs to.
But I love it, I appreciate it, I honor it. And I do like seeing shows there. I think I’ve laughed harder at the Duplex than I’ve laughed anywhere in New York, in a weird way. I’ve gone to so many amazing shows there where I’m crying.

I feel like it’s always some gay’s one man show.
Well, that’s also my favorite genre [laughs]. I grew up in L.A. theater, so my propensity for punishment is very high.

That’s my favorite Six Feet Under opening: It’s an L.A. production of Uncle Vanya, and someone just dies in the audience-
‘Cuz they’re so punished. That’s every single second of my childhood. The play would have to stop because someone died [laughs].

And it’s been so affirming to listen to you and Max, because there’s such a fetish for L.A. here, especially among comedians who think it’s going to cure their depression.
Not at all. I’m very anti-L.A. as the salve. I do believe that it’s a hellscape that everybody has to enter into. It is very Sunnydale to me. It's reminiscent of being a high school student in L.A., having to hang out at Hollywood High and buy coke from skateboarders named Angel, literally. It is Sunnydale.

And there’s the high mortality rate in Sunnydale.
That is very L.A. to me. I was always aware of L.A. history. I’m like an armchair Los Angelino historian, so I was in school knowing where certain people died or where certain studios used to exist or where certain casting directors used to live. You just know that you are on a hellmouth. The legacy of New York is so much more vibrant than it is morbid. Huge movements have happened in New York, while the obsession with L.A. is so morbid—it’s such a death cult. 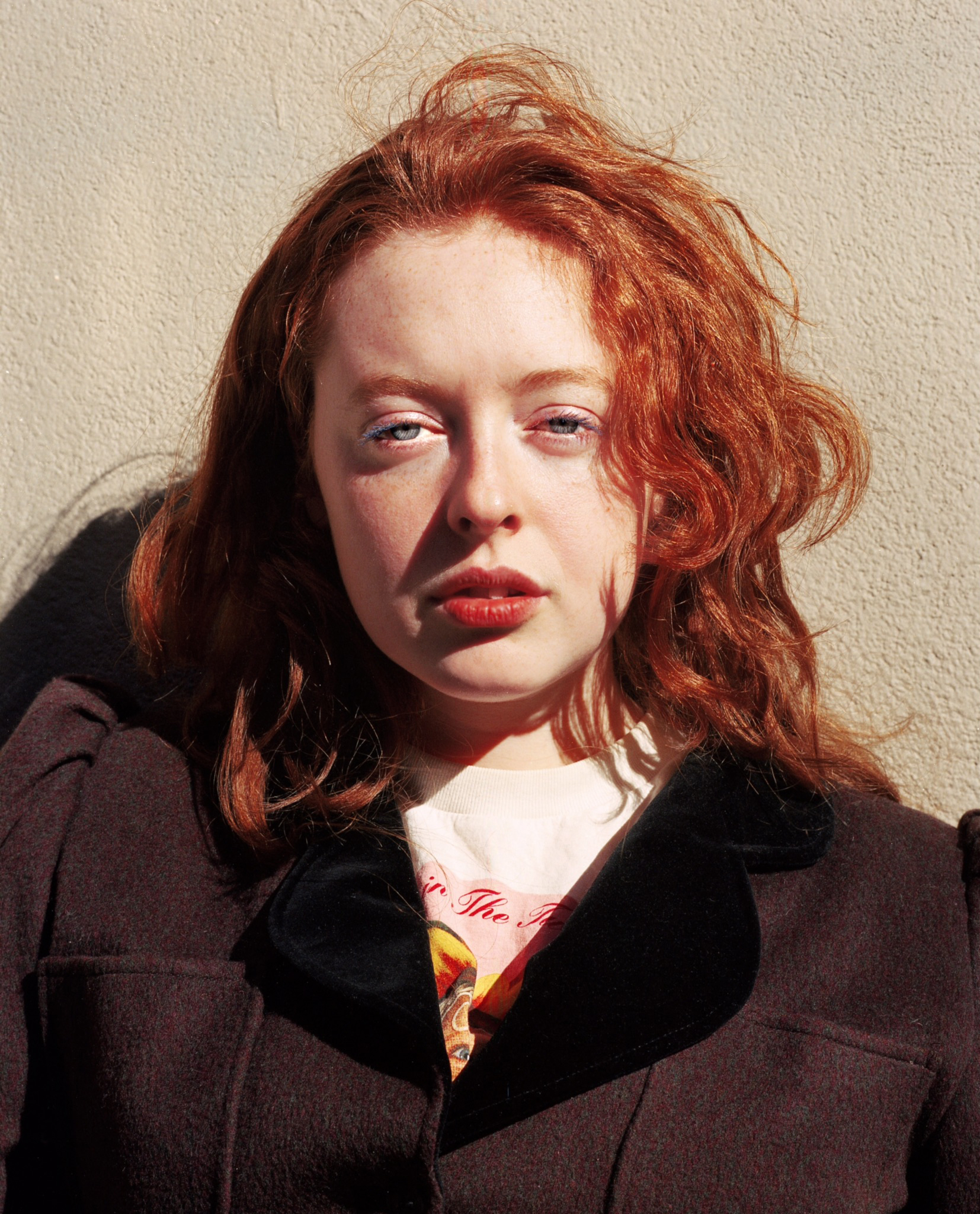 Where do you like to go out in New York?
I love the Russian Samovar. That’s on 50th. A lot of my favorite places are around Times Square. I used to frequent the Polish Tea Room, RIP. My favorite bar is Jimmy’s Corner, 1970’s prices. It’s the most romantic place on the face of the earth. Fleet Week there is unreal. It’s like an old bar from the ’70s. Two well drinks are $7.

I think New York has a Matrix element to it. You have to penetrate through multiple walls to see the city for what it is. And there’s an aspect of time travel around Times Square, where you can go into places that have been fundamentally untouched for years and years. And then you go outside and it’s a fucking desecrated Times Square. There are these little vestiges that are like true time travel, where the energy hasn’t changed. It’s bizarre. You have to go through multiple veils to get through the magical, chaotic New York that still does exist, but is getting more and more behind literally screens and wealth. Sometimes it feels like no era. Time travel for me is no era, it’s just not now. It’s not present. I love that so much.

Are there any of those bars that are cherished to you?
They’re so secret. It’s where I meet strange people for late night drinks. Also, Keep Little Italy alive, people. There’s nothing better than going into some random fucking chintzy Italian restaurant on a cold day and getting a bowl of mediocre pasta next to a huge picture of the Sopranos playing pool. Let’s start making Little Italy hip again [laughs]. Let’s start throwing things in Little Italy. I was just there recently and it’s such a magical, weird tourist trap, and we can’t let it die.

It does have a time warp aspect.
Very time warp. I think we need to get into cosplaying Cher in Moonstruck. We need to be making Little Italy the hippest downtown location by not opening coffee shops, ladies and gentlemen, but by being patrons of the shitty Italian restaurants there. Statement. Also, Rice to Riches. Shout out to Rice to Riches!

They give you a tub.
Since 1997, I’ve been going there with my mother. That represents an aesthetic era of representation, the beginnings of gentrification of New York, of this utopian, plastic, chartreuse, tangerine, tomato red color palette that was supposed to herald us into the New millennia, and it did deliver...but it faded out. We’re no longer predicating the future on chartreuse. But chartreuse, ladies and gentlemen, in 1997, was basically the color of our future. And I want everyone to remember that. Sometimes, I get a big, big, big jumbo tub because I’m addicted to Rice to Riches. I’m addicted. They also don’t have chairs there. That’s what a good fucking shop is. 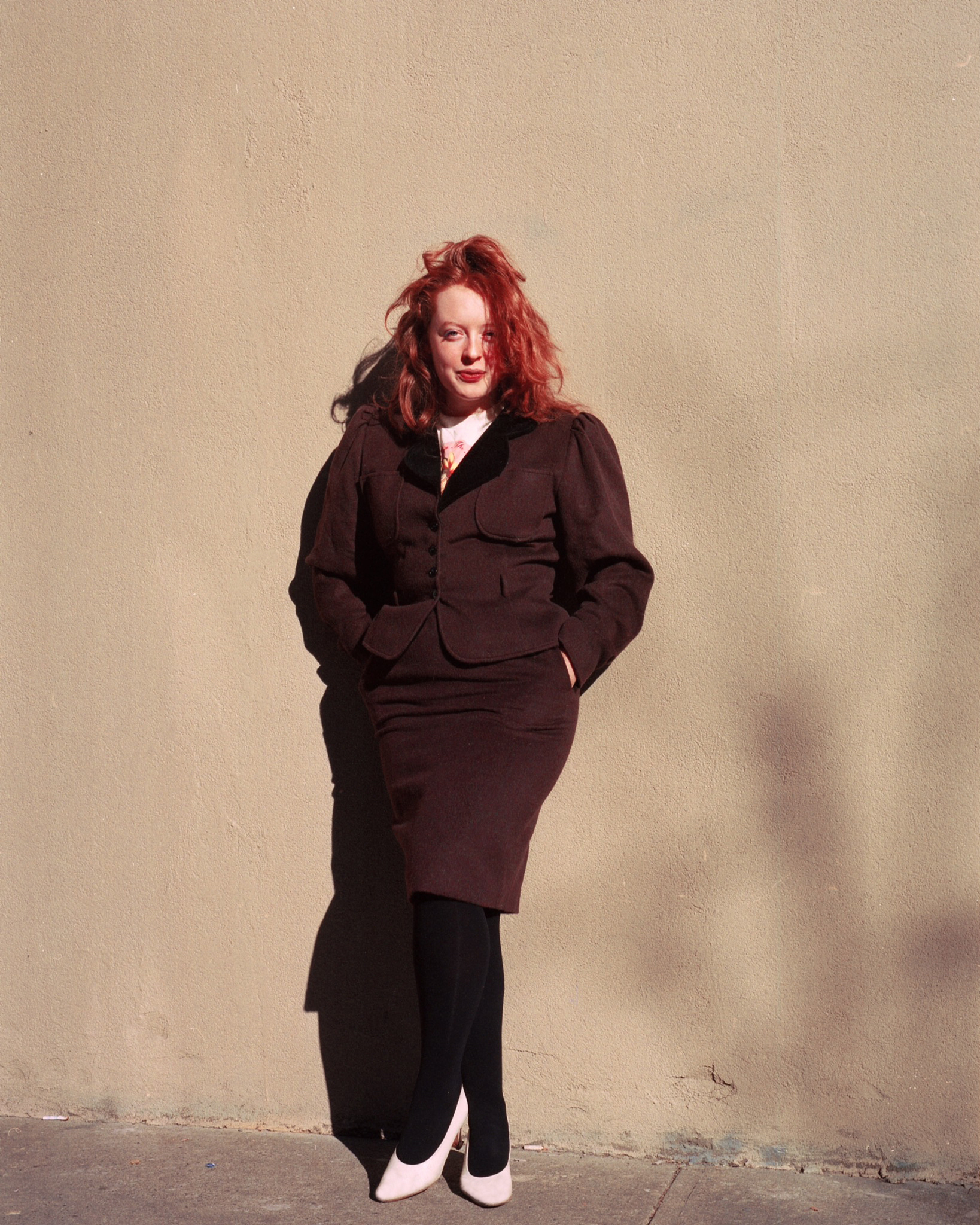