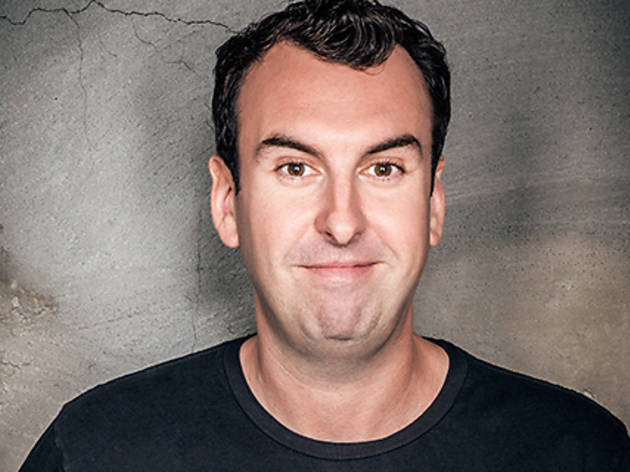 Photograph: Robyn Von Swank
“He’s a goddamnedsilly buffoon,” says Kyle Kinane of fellow comic Matt Braunger. This succinct deconstruction encapsulates the ferocity with which Braunger stares down the most frivolous concepts. The tall, Brillo-haired performer gesticulates wildly, deploys an impressive range of facial expressions and attacks the microphone with song, all in the name of the dumbest bits. On last year’s Shovel Fighter, his second full-length album, he remembers a time when Jimmy Cliff both starred in and sang the theme song from The Harder They Come, and wonders if that sort of double star turn could ever happen again. “Ladies and gentlemen, singing the theme from his hit movie Inception, Leonardo DiCapriooooooo!” he shouts. Then for 30 seconds, he repeats this melodic gem: “It’s a dream inside a dream inside a dream inside a dream.…”

There is no desperation in his voice to indicate that he’s scared about how the joke will go over; he is thrilled to be belting his heart out for the sake of a passing thought that probably made him chuckle at how simple and stupid it was. It’s the sort of buffoonery that can infect the crowd like a goddamn epidemic. “As a comedian myself, watching Braunger infuriates me—he’s effortless, and the whole audience becomes a collection of friends within minutes,” says Kinane.

Braunger and Kinane both cut their teeth (and their preposterously unfoldable deep-dish pizza slices) in Chicago, where risk takers like TJ Miller and Pete Holmes had the freedom to experiment, away from prying industry eyes. In the Windy City a decade ago, stand-up covered the entire spectrum—surreal, honest, high-concept and lowbrow—all in the same set. No surprise, then, that Braunger is capable of concocting weird mental pictures that are impossible to forget. “Savory Willy Wonka,” another Shovel Fighter track, imagines the childhood icon running a factory of mashed potatoes and gravy. Later, Braunger admits that his dream is to wear one of those shirts that says if you can read this, the bitch fell off—popular among motorcyclists—while riding a unicycle, just to mess with people.

It’s not only Braunger’s imagination that throws these curveballs. He’s hyperattune to absurdity in everyday life, marveling at an Italian restaurant owner who employs a catchphrase for no other motive other than sheer joy, or at the glorious night he and his friends discovered the name Eggley Bagelfacein the phone book. Much fun was had, he explains on 2009’s Soak Up the Night.

Braunger’s magnetism translates to other mediums. He played the sweetly overbearing neighbor in Up All Night so well you felt sorry that he had to crash parties to get attention. And his brief stint on MADtvfound him easily impersonating mainstreamers like John Mayer, then flipping on a dime to play someone as left-field as J.D. Power—you know, from J.D. Power and Associates, the people who give out all those car awards. Regardless of venue, Braunger never loses his sense of playfulness; he knows he’ll always be the goddamned silly buffoon, and he owns it.—SH 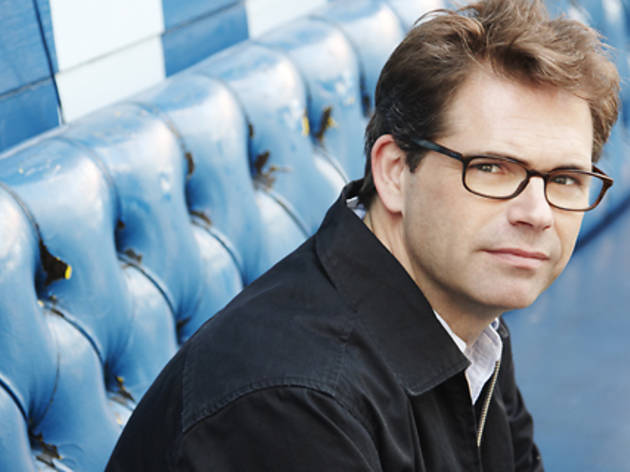 Dana Gould, 49, is something of an anomaly. Having come up between the boom of the ’80s and the rise of alt comedy in the ’90s, he’s been on the road with club comics like Jerry Seinfeld and Bill Maher as well as barroom titans such as Patton Oswalt and Zach Galifianakis. It’s no wonder, then, that fellow vet Marc Maron says watching Gould is “like watching the history of modern comedy”; he’s expertly infused his act with some of the best aspects of many eras.

After starting stand-up at age 17, Gould moved to Los Angeles in the early ’90s, performing steadily and eventually wrote for The Ben Stiller Show. In the ’00s, he spent seven years as a writer for The Simpsons—a job that left little time for live performance. He got back into it in 2008, releasing his first Showtime special the following year; a second will air on the same channel in November. His popular podcast, The Dana Gould Hour, has a classic-radio sensibility that highlights his interest in bringing the antiquated to a new context.

While undoubtedly a gifted writer, Gould’s performance is elevated by his old-school sense of showmanship. The comic likens his onstage persona to that of someone telling stories around a dinner table. His goal, he says, is to preserve the purity of this warm, intimate dynamic in a setting that eschews intimacy: a raised stage in front of dozens, hundreds or thousands of people. His cadence is roughly the same on- and offstage, and  in performance, it feels as though he’s talking to you rather than at you. That said, Gould does break occasionally from his conversational demeanor in favor of histrionics. He speaks slowly in a hushed tone; at others he bellows loudly, as he does in a sequence about bringing his small-town parents out to Los Angeles, repeatedly yelling, “Mistake!” after key parts of the story.

Thanks to Gould’s distinct point of view, his shows feel like cohesive wholes even when the he wanders from subject to subject. In one moment he’ll voice his creatively racist father—“Your average Algerian: That’s like two Albanians with a hangover!”—and in the next he’ll speak to the apathy of teenagers by launching into a bizarre tale of familial unity between two generations of dildo-factory workers.

Maron calls Gould “a genius,” and it’s easy to see why. His shows are elegantly written and structured,  he imbues performances with an air of immediacy and authenticity,  and he knows when to deploy his dramatic flair to keep the audience on its toes. Because—as Gould reminds us­—first and foremost, “it’s a show.”—DB