As a city full of crazy, New York lends itself to the sitcom format better than maybe any other city. But which ones really captured the experience of living here? Our list is ranked not just by how funny these shows are, but by how relatable they are to New Yorkers—the people who’ve actually endured the wacky roommates or the subway ride from hell without the benefit of a laugh track… 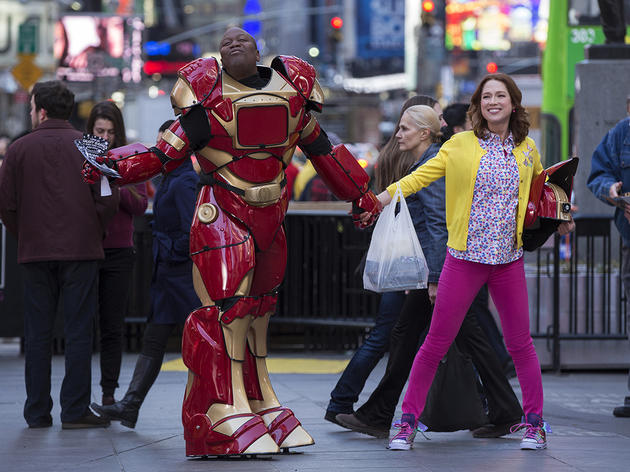 This relative newcomer gets serious bonus points for taking an incredibly dark premise—a kidnapped woman escapes after 15 years being held prisoner underground, then moves to New York—and making the lightest, bubbliest, most colorful show on TV. Each classic NYC sitcom trope is wildly overdone—her roommate is less wacky than dangerously unstable, her rich boss is less demanding than psychotically needy—but experiencing New York through the eyes of someone so utterly delighted by everything is as refreshing as it is adorable. 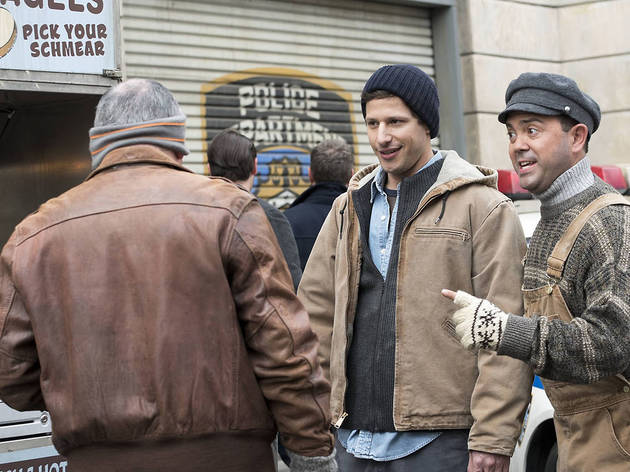 With a cast that includes SNL’s Andy Samberg, Chelsea Peretti, Terry Crews and The State’s Joe Lo Truglio, Brooklyn Nine-Nine already has a lot going for it. What really earns it its spot on our list, though, is the petty arguing that goes on in their Brooklyn police precinct between cases. Anyone who’s spent valuable work time involved in a pointless debate over which joint serves New York’s best pizza instead of doing, y’know, actual work, is going to find something here to like. 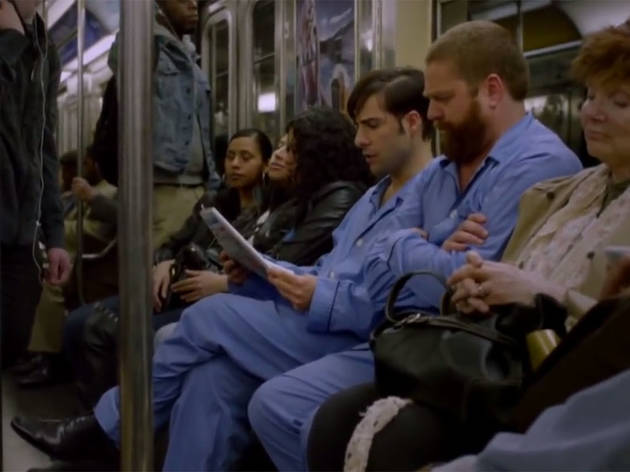 A post-breakup Jason Schwartzman leads this series as a Park Slope novelist turned unlicensed Craigslist P.I. solving mysteries all over the city. The range of New York weirdos to be found along the way is entertaining enough, but it’s his petty little victories—like secretly stalking his nemesis around a supermarket just to disprove his claim that he shops organically—that nail the silly obsessions that can take up your time here. 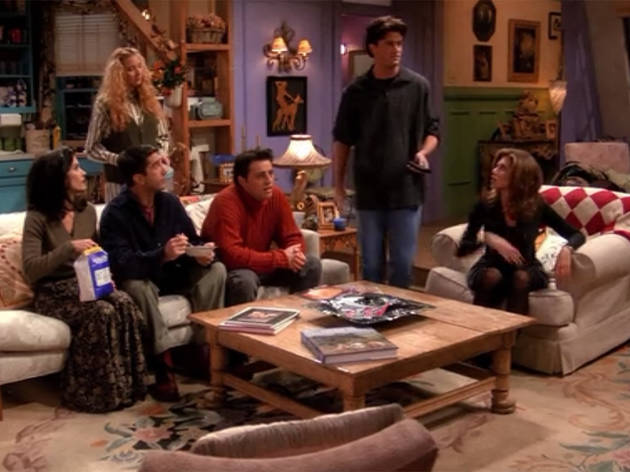 Ah, Friends. It was kind of the done thing to pretend not to like this show at the time (too mainstream, man!) but no matter how much you professed to hate Monica, Chandler et al., absolutely everybody watched it—and laughed—at one time or another. The curious thing about Friends is that it didn’t feel much like the real New York when it was made, but by inspiring so many people to move here in search of their own Ross/Rachel love stories, it ended up shaping the city into its own cuddly, “You guys!” image. As a show with a lasting impact on the demographics of NYC, this one’s hard to beat. (Don’t get us started on the ludicrous size of those apartments, though). 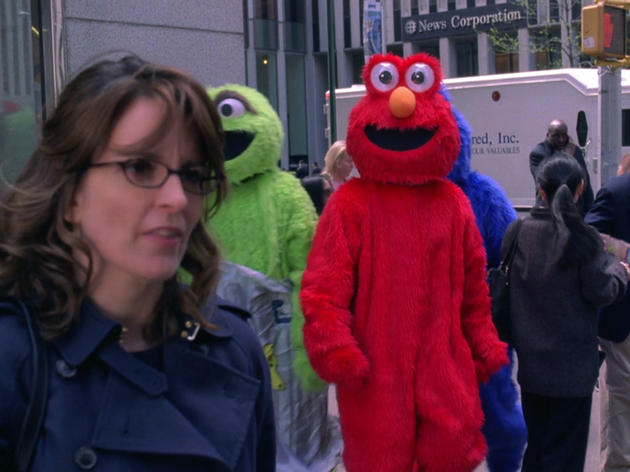 A classic almost from the first episode, 30 Rock juggled a multitude of different characters (with a multitude of narcissistic personality disorders) inside a less-than-relatable setting and somehow ended up with a fast-paced, joke-heavy, warm-hearted show that rarely failed to deliver the laughs (and Alec Baldwin a newly devoted legion of fans). Throw in some of the best New York street moments (a cheery women declaring, “There’s nothing like New York in spring!” before being shoved headfirst into a pile of garbage) and you’ve got a serious contender. 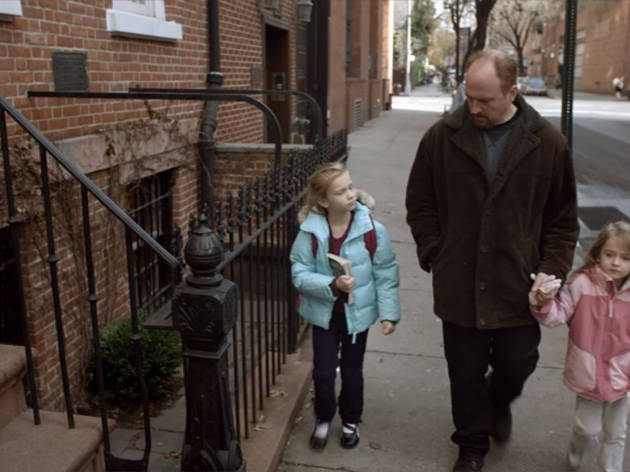 This unflinching series from Louis C.K.—who writes, directs, edits and stars—highlights many of the pleasures and horrors of NYC, shot through with a constant neurotic feeling of, “Why did this have to happen to me?” all perfectly captured in its relentless single-cam style. Hilarious and sad in equal measure, it’s as close to capturing real life in the city as you’re likely to get in a comedy show. It’s also made in the most New York way possible: C.K. does it his way, without network involvement, without ever pandering to anybody. That’s something any New Yorker can respect. 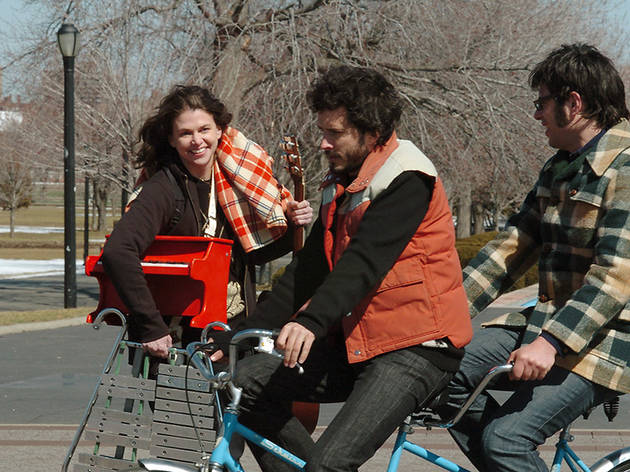 It’s always funniest to see a place through the eyes of an outsider, and they don’t come more outsider-y than Bret and Jemaine. Hipsters without the first clue what the word means, their lifestyle—sharing a bedroom in a rundown apartment in which they take turns drinking from a single mug—struck a chord (so to speak) with many a struggling New York artist trying to make ends meet while chasing their (improbable) dreams. The series also showed a side of New York that was unfamiliar territory for sitcoms at the time, a collection of grungy Lower East Side streets and Chinatown storefronts that contrasted hugely with the more traditionally polished Midtown look of shows like 30 Rock. 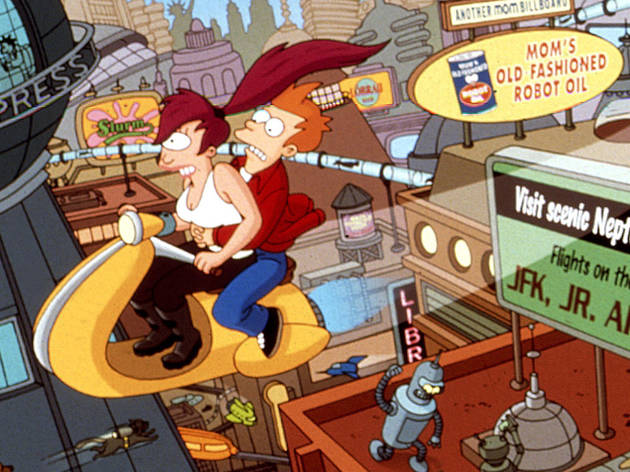 Yes, technically, it’s not New York, it’s New New York. But isn’t that the point? By the year 3,000, with the remnants of the current city buried and a giant new metropolis built on its remains, it still feels exactly the same: The people are still pushy, the restaurants are still run by celebrity chefs, the traffic is still a nightmare, and the robots…well, ok, the robots are new. But if Philip J. Fry’s experience of waking up in the future to discover a dizzyingly new and weird world isn’t a comment on how it feels to move to NYC for the first time, we’ll eat our shiny metal hats. 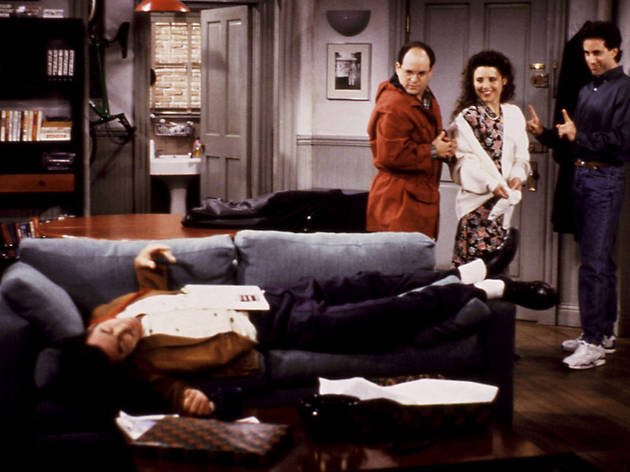 What is the deal with this show not being at number one? Well, there’s no denying the legacy of Seinfeld—it gave us a whole new language, with its Soup Nazis and shrinkage and sponge-worthiness. It gave us the most famous crazy neighbor of all time in Cosmo Kramer, and if you can find a more representative New Yorker than George Costanza, we’ll be amazed. But New York itself didn’t often feel like a character in the show—a result of it shooting mostly in L.A.—and so, yada yada yada, number two. 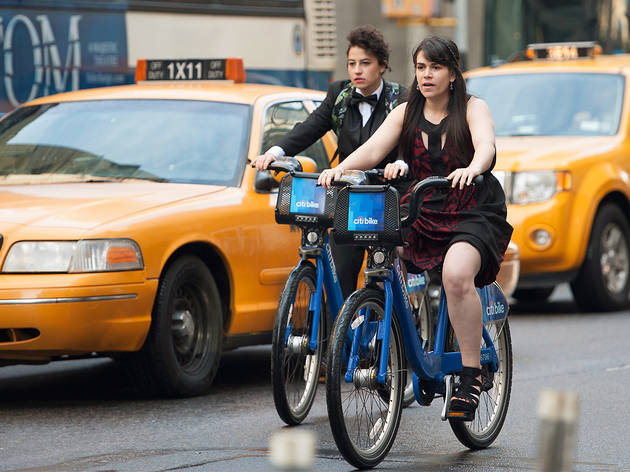 We’re calling it: This is the most “New York” of New York City-based shows. It’s not just because it’s filmed here, features a bunch of awesome local spots and an endless parade of New York guest stars. With Broad City, Abbi and Ilana have done something often tried and rarely achieved: They’ve completely captured what it feels like to live here as an implant. For them, the city is both a launching pad and a barrier, a place that’s full of excitement one second and crushing defeat the next. A place where your dream guy lives across the hall, but you’re stuck with your roomie’s disgusting boyfriend. A place where your ideal job is just out of reach but still so tantalizingly close that you can’t quite give up on it. You’ve heard the expression, “It’s funny because it’s true?” With Broad City, all of it feels true, and as a result it’s funny as hell.